MK Dons will be looking to extend their unbeaten run to seven matches when they take on Gillingham at the MEMS Priestfield Stadium.

Liam Manning’s side haven’t tasted defeat since the 2-1 reverse to Sunderland over a month ago – tied for their best unbeaten stretch since the 2014/15 promotion-winning campaign.

The Dons’ form – three wins and two draws in their last five - has vaulted them into the Sky Bet League One play-off places and they go into this game knowing a victory could see them climb into the top two.

It would be their maiden away triumph of the league campaign and their first since the 2-0 win at Bristol Rovers back in April.

Kick-off this afternoon is at 3pm.

THE OPPOSITION
Gillingham currently sit 19th in Sky Bet League One with only one win to their name along with three draws and two defeats.

That solitary success came against Morecambe at the MEMS Priestfield Stadium – a place where the Gills are unbeaten so far this term (1W, 1D). Goals have proved hard to come by early on for Steve Evans and his men (6) but they do boast a strong defensive record having only conceded seven times in the league – only seven teams have let in fewer than the Kent outfit. LAST TIME OUT
MK Dons moved into the Sky Bet League One top six after a 1-0 victory over Portsmouth at Stadium MK.

The win – the Dons’ third straight at home – was nothing less than they deserved and it was given to them thanks to a 72nd-minute goal from Ethan Robson.

Gillingham were held to a 1-1 draw by Burton Albion last weekend as Kane Hemmings cancelled out Vadaine Oliver's opener.

The Gills went in front in the 18th minute when Oliver picked out the bottom corner from the edge of the box but Hemmings turned home Michael Bostwick's flick from a long throw at the start of the second half.

FIGHTING TALK
Liam Manning: "I have huge respect for Steve (Evans) and the career he’s had. He’s had a hugely respectable career, with the clubs he’s been at and the success he’s had. (Gillingam) are going to be extremely difficult tomorrow, it will be another challenging game and we need to make sure we prepare, we focus and do everything in our powers to make sure that we are in the best position possible to go and perform"

Steve Evans: “(MK Dons) are open, they are expansive, they are very technical and they are very talented. It will represent problems at times. Obviously Liam has come in and his brief is almost to carry on, change nothing, he has done that very well, their performances have been commanding. It is a real difficult opponent we face on Saturday”

TEAM NEWS
MK Dons look set to remain without Mo Eisa and David Kasumu, although both players are progressing in their rehab and have returned to pitch-based work.

Gillingham, meanwhile, have doubts over the fitness of trio Ryan Jackson, Dan Phillips and John Akinde, who were all unable to train on Thursday because of injuries.

OFFICIALS
John Busby will run the rule over today's match with Gillingham. The seven-year EFL official has taken charge of seven fixtures so far this season, producing a total of 31 yellow cards. He has also sent off one player.

His last MK Dons appointment was back in February 2020, when he oversaw the 1-1 draw with Lincoln City. That day he booked four players.

Edwards’ assistant referees are Andrew Fox and Greg Read, while the fourth official is Michael Webb. FOLLOW IT LIVE
Tickets for today's match are no longer available to buy from the Box Office and there will be NO matchday sales for away supporters at the MEMS Priestfield Stadium.

Can’t make the game? Supporters can listen to LIVE commentary on iFollow MK Dons – CLICK HERE to sign up for an Audio Season Pass or an Audio Match Pass!

Live text updates will also be provided on the Match Centre as well as Twitter, while a full report will be available to read shortly after the full-time whistle. Post-match reaction and highlights will follow later tonight.

Manning: A disciplined and patient performance


Liam Manning praised his MK Dons squad for their patience and discipline in Saturday’s 4-1 thrashing of Gillingham.

MK Dons came from behind to thrash ten-man Gillingham 4-1 at the MEMS Priestfield Stadium and secure their first away league win of the season.

The Gills went ahead through Vadaine Oliver 20 minutes in but were soon reduced to 10 men when Stuart O’Keefe was shown a second yellow card for a foul on Scott Twine which resulted in a penalty - Twine saw his spot-kick saved but finished the rebound to level the scores.

Peter Kioso gave MK Dons a half-time lead with his first goal since returning to the Club before Troy Parrott and substitute Max Watters added to the score late in the second period, sealing a memorable away triumph for Liam Manning and his side

Team news
MK Dons made one change from the 1-0 win over Portsmouth, with Peter Kioso replacing Tennai Watson on the right. Liam Manning's men were, otherwise, the same.

First half
Andrew Fisher was forced into a save 90 seconds in, doing well to close his legs in time to block Kyle Dempsey’s low shot.

The Dons responded with two through balls sent into the box – both of which were dealt with by the Gills defence. There was then an opening for Daniel Harvie down the left but his cross was too far in front of Scott Twine and Hiram Boateng.

Despite their dominant start it was the home team who look the lead courtesy of Oliver, who was unmarked from Alex MacDonald’s cross and able to head past Fisher unchallenged. 1-0.

Manning’s men were handed their way back into match on 26 minutes when Twine was dragged down by O’Keefe inside the area. The former Don, already on a yellow card, was given his marching orders by Josh Busby by way of a second booking.

With a man advantage, it was Manning’s men who were in the ascendancy from there and they took the lead with seven minutes to play in the half thanks to Deadline Day signing Kioso.

Parrott fired over in the 43rd minute as the Dons went in search of a third before the break. Twine then went agonisingly close to an O’Riley cross deep inside the box.

With 53 minutes on the clock, a shot from Twine was almost inadvertently turned deflected into the net by Gills substitute Rhys Bennett but fortunately for him, is touch took the ball wide. From the resulting corner, Warren O’Hora glanced a header over the bar.

Manning made his first change on the hour, replacing Max Watters with Boateng. His side almost shot themselves in the foot two minutes later but, after latching onto an under-hit back-pass, Gerald Sitole was denied one-on-one by Fisher.

Parrott tried to make them pay with a long-range effort which flew high and wide. Fisher was then forced into a save from Oliver’s ambitious 20-yard volley, moments before Darling through himself in the way of a goal-bound effort.

Kioso’s afternoon was cut short soon after as he was forced off with an injury but the Dons didn’t let it disrupt their rhythm and with eight minutes to play they doubled their advantage with a third goal.

Manning: A disciplined and patient performance


Liam Manning praised his MK Dons squad for their patience and discipline in Saturday’s 4-1 thrashing of Gillingham. 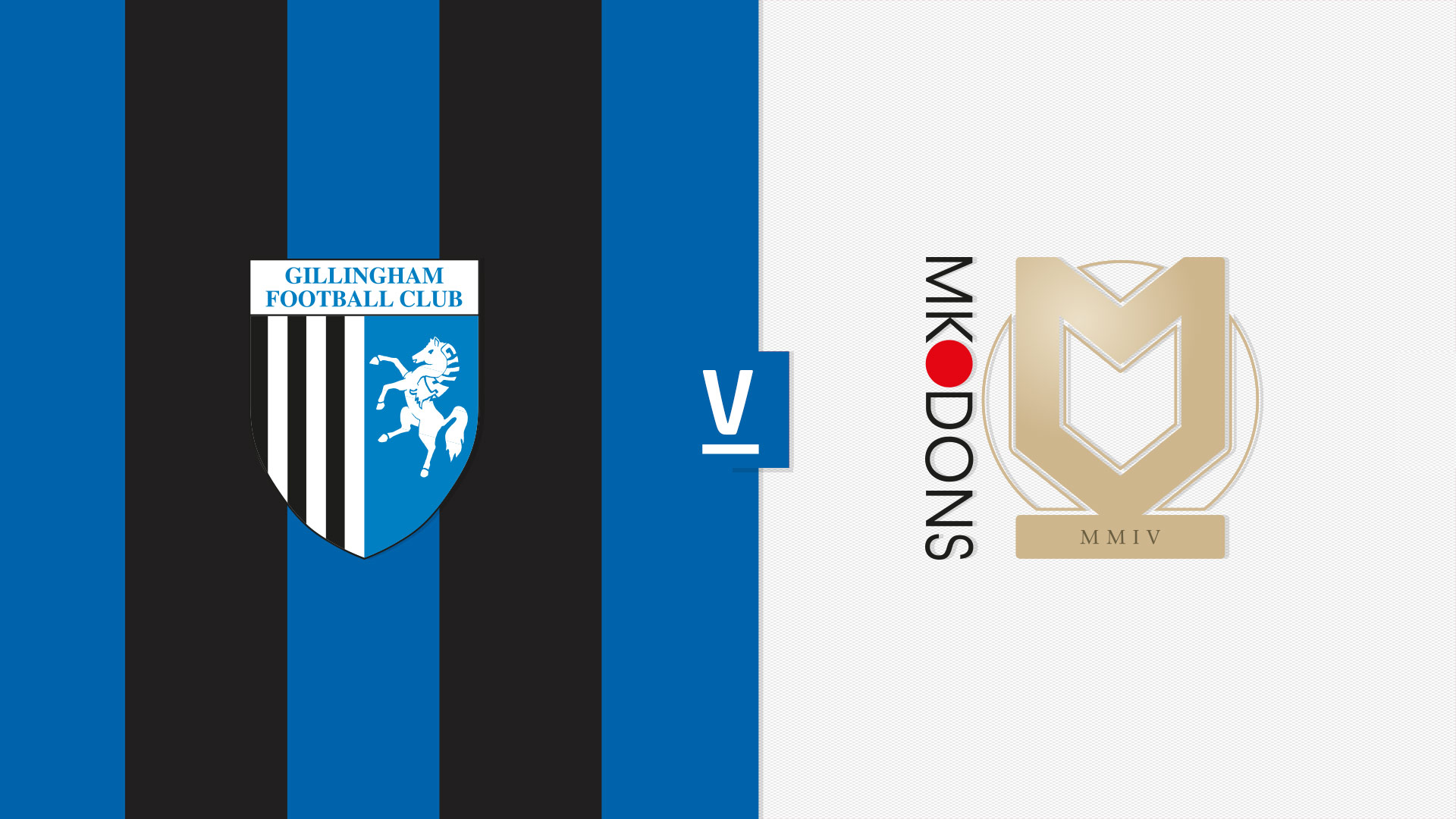 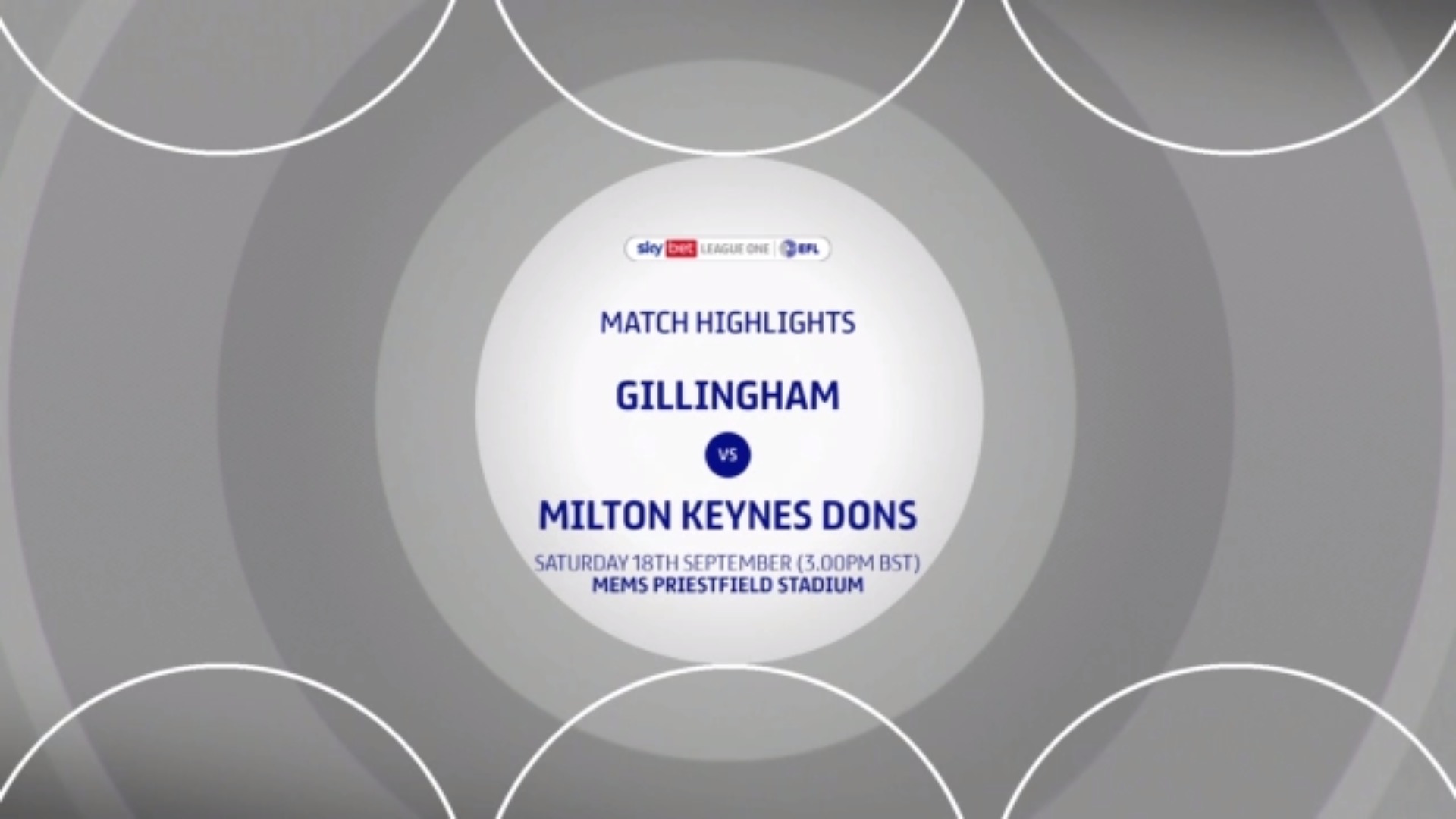 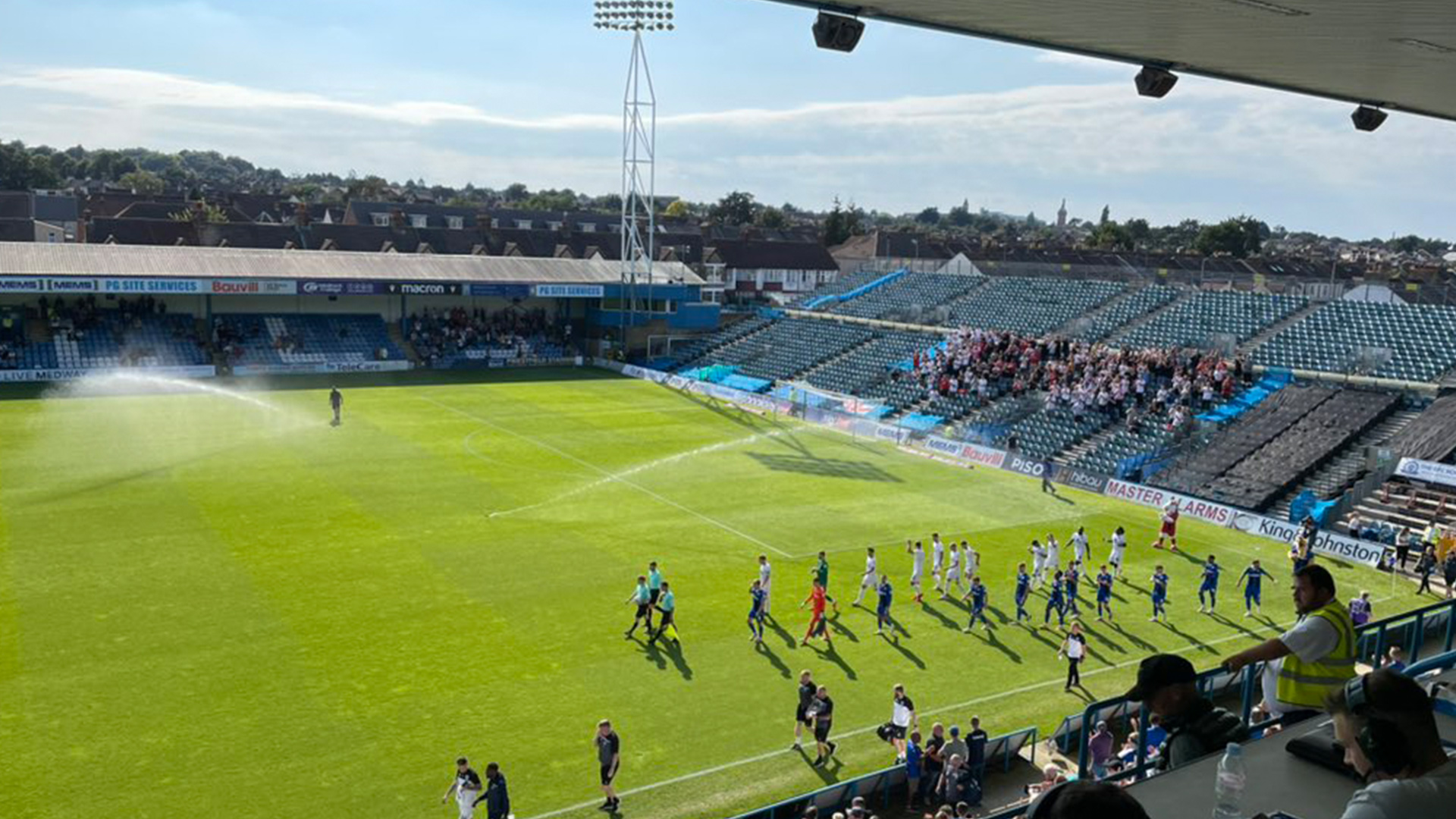