Liam Manning was left with mixed emotions after Saturday’s 1-1 draw with Cheltenham Town.

Hiram Boateng came off the bench to earn MK Dons a point on the road at Cheltenham Town.

The midfielder hammered home with just three minutes left to play to cancel out Kyle Joseph’s first-half opener and extend the Dons’ unbeaten run in all competitions to five games.

First half
Cheltenham forced the first attempt on three minutes when Lewis Freestone headed high and wide from a long throw. Soon after, they won a corner from which Lewis Sercombe sent a drilled ball across the face of goal.

The Robins’ third chance, just inside of 10 minutes, was their best opportunity at scoring the opener but Matty Blair blazed over after breaking into the penalty area.

MK Dons then worked their maiden effort on target two minutes later. Daniel Harvie played a ball through for Brown who, after racing onto the pass, forced a diving save out of Scott Flinders.

It was Cheltenham, though, who had dominated the opening quarter of an hour and they took the lead through Kyle Joseph’s 25-yard strike, which skidded past the out-stretched arm of Andrew Fisher into the bottom right corner. 1-0.

The Dons came within an inch of equalising just six minutes later when Harvie broke the line from a Dean Lewington pass. Instead of shooting, Harvie laid a ball across for Brown but the pass was just in front of the sliding striker, who couldn’t connect.

Cheltenham almost made them pay but Chris Hussey saw his curling free-kick saved by Fisher. Manning’s men then went back on the attack and Brown had a shot deflected into the side netting following some good work by Kioso down the right.

Harvie was in action in on goal again in the 28th minute and this time he opted for a shot which was kept out by the left arm of Flinders.

The Dons had a great opportunity to level the scores with four minutes remaining in the first half after Ethan Robson was played through down the right. He cross was perfectly weighted for Brown but he couldn’t find the target with his first-time effort.

Cheltenham then had the final effort of the first half – a header which was comfortably saved by Fisher.

Second half
MK Dons started the second half with the same dominance although they were struggling to trouble Flinders in the Robins goal.

Manning went to his bench with 57 minutes played, introducing both Hiram Boateng and Josh Martin. The pair combined straight away but the former, who had the chance on goal, saw his attempt somehow deflected over by Flinders at point-blank range.

The Dons were then awarded a free-kick which presented an opportunity for Twine. He managed to get the ball up and over the wall but wasn’t able to sneak his shot into the bottom left corner.

Manning’s men almost found themselves two goals down just past the hour but Kioso kept the deficit at one with a stunning goal-line clearance. They went straight back up the other end and created an opening for Robson, who fired over.

Tennai Watson replaced Kioso with nine minutes to play as Manning rolled the die for the final time – and his side were finally rewarded for their dominance in the closing stages.

Again breaking clear down the left, Harvie delivered a ball into the mix which took a deflection or two before falling at the feet of Boateng, who hammered past Flinders to level the scores and earn the Dons a share of the spoils. 1-1.


Liam Manning was left with mixed emotions after Saturday’s 1-1 draw with Cheltenham Town. 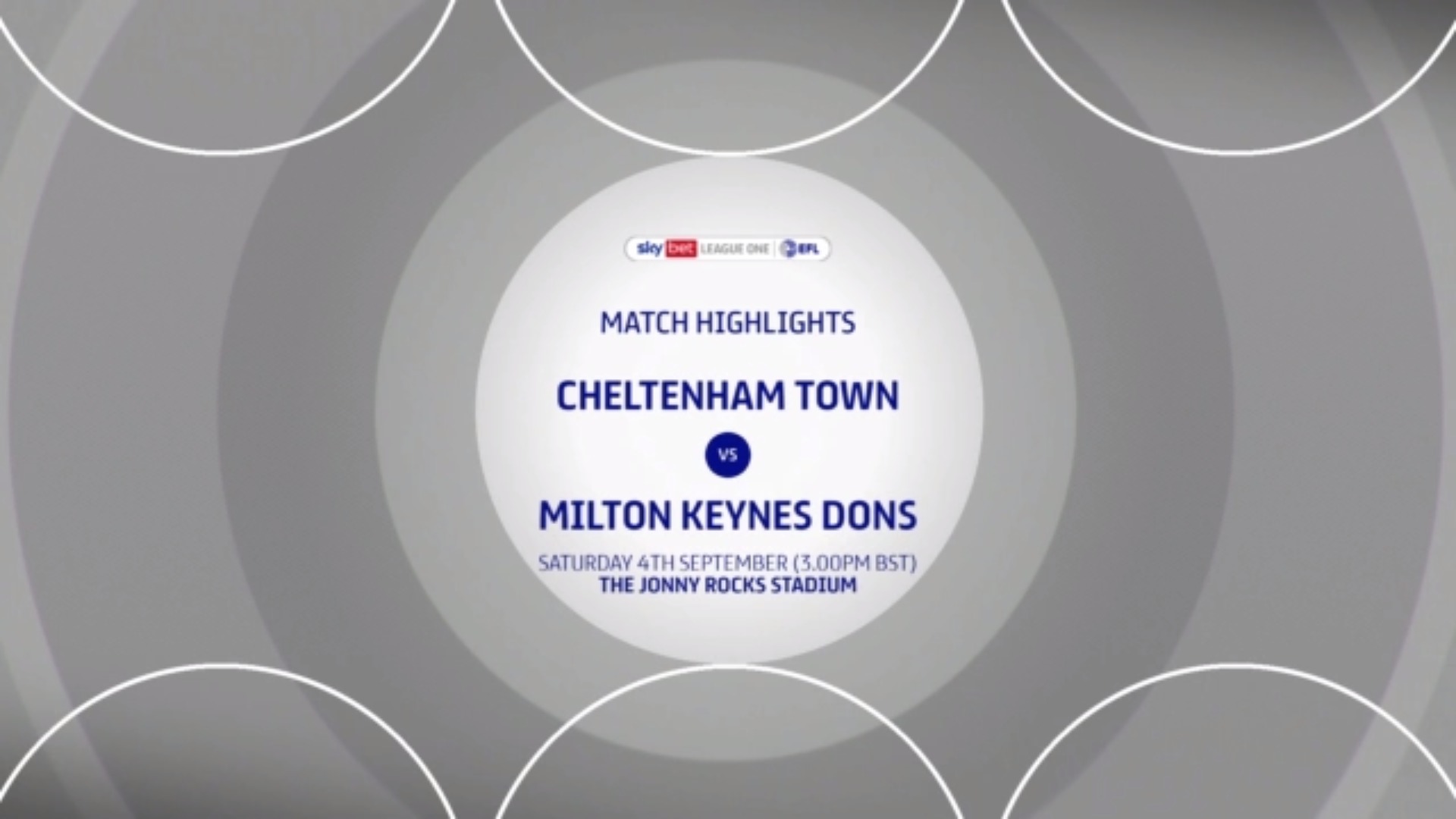 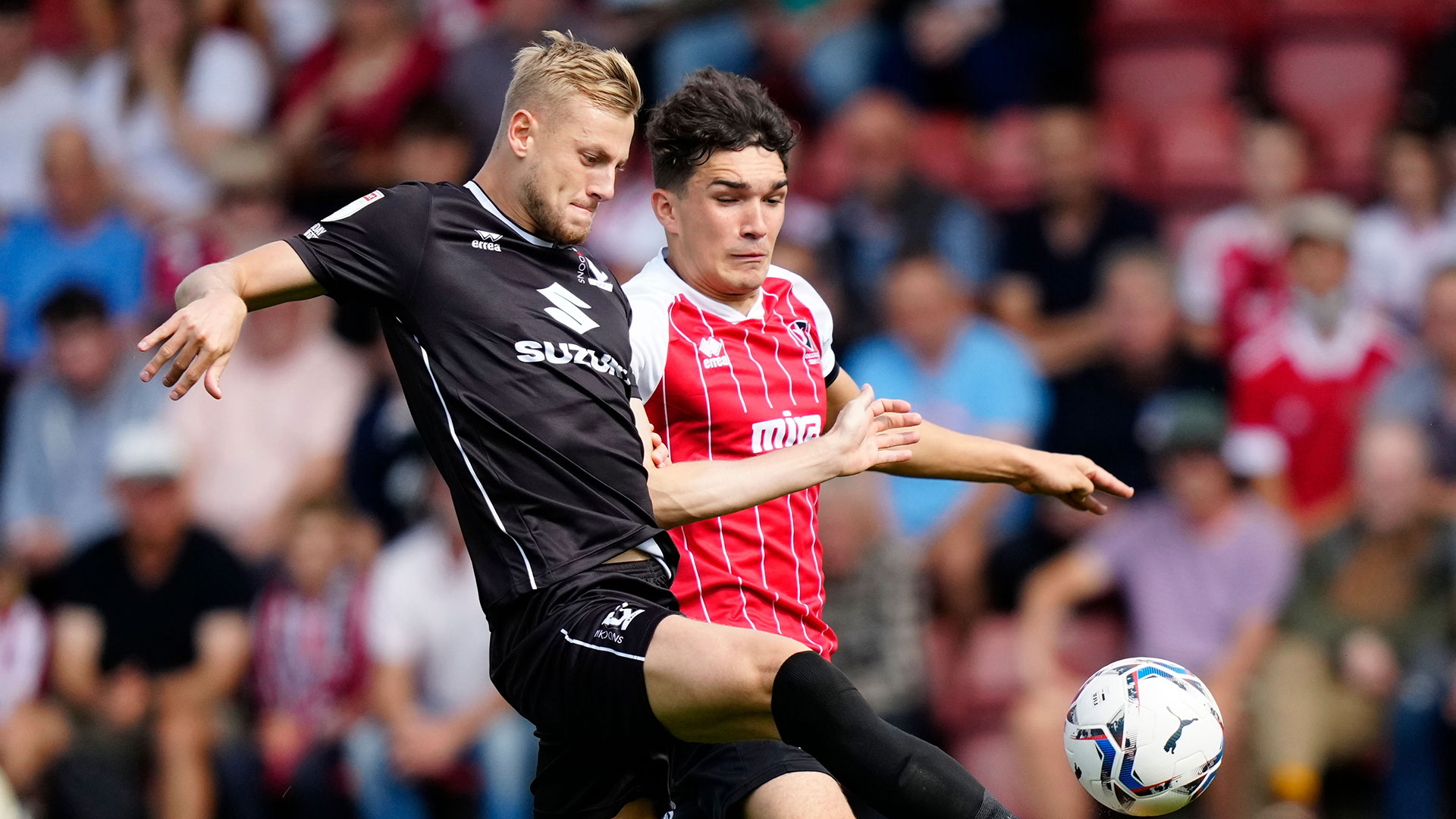