MK Dons came from behind to lead 2-1 thanks to goals from Troy Parrott and Max Watters but Cameron Archer's  brace, and an Aaron Ramsey goal saw the Young Villians secure victory and top spot in Southern Group C.

Liam Manning made nine changes from the side that faced Rotherham at the weekend with Aden Baldwin donning the armband for the first time this season.

It was a bright start from the youthful visitors with Carney Chukwuemka fired wide from the edge of the box.

Ilunga created the first chance of the game for MK Dons, he done well to beat his man before delivering a low cross towards Watters.

A frantic opening 10-minutes continued when Ravizzoli saved well from Finley Thorndike before reacting quickly to deny Keinan Davis in the rebound.

Shortly after, Martin skipped past his man before picking out a cross for Watters, his first-time effort flashed narrowly wide.

The action didn’t stop there as Aston Villa took the lead with 13-minutes on the clock. Davis pounced on a loose pass before slotting past Ravizzoli. 0-1.

The lead lasted just three-minutes as Manning’s side put together a well-worked move to draw level. Boateng picked out the run of Martin, who coolly picked out Parrott inside the box. The Irishman didn’t need a touch to set himself, instead smashing home from inside the box. 1-1.

Parrott almost had his second of the evening with 22-minutes gone, following a flick over the defenders head, Sinisalo pulled off a double save to first deny Parrott and then the rebound from Watters.

Manning’s side, however, would take the lead with 25-minutes gone after another eye-catching passage of play. Boateng started the move as he picked out Parrott on the left. The striker then found Boateng’s run with his backheeled pass. Boateng then delivered low into the box for Watters who converted through the goalkeeper’s legs. 2-1.

The Dons control of the game was starting to show as Brown went close to a third as he hit the side netting from Ilunga’s low cross.

With half-time approaching, Villa ensured they went in at the break level as Cameron Archer headed home from Davis’ cross. 2-2.

The first chance of note in the second-half saw Aston Villa retake the lead as Aaron Ramsey tapped home following Ravizzoli’s initial save from Davis. 2-3.

The Dons looked for an immediate reply as Ilunga picked out the run of Brown, after a couple of clever touches inside the box he teed up Boateng who saw his effort saved by Sinisalo.

Parrott’s final action of the evening saw him clatter the crossbar with a curling free-kick, before he was replaced by Mo Eisa.

Brown then picked out the aforementioned Eisa who saw his right-footed shot saved. Villa, though, would seal victory in stoppage time through Archer, who netted his second. 2-4. 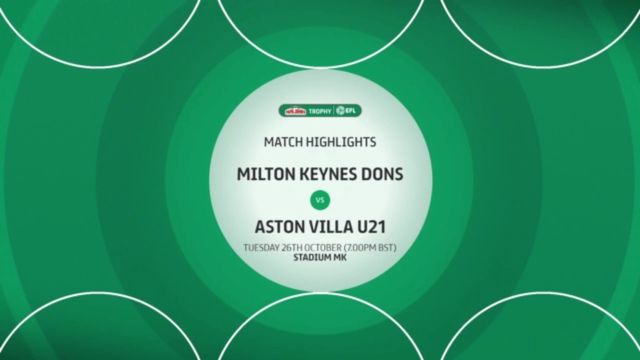 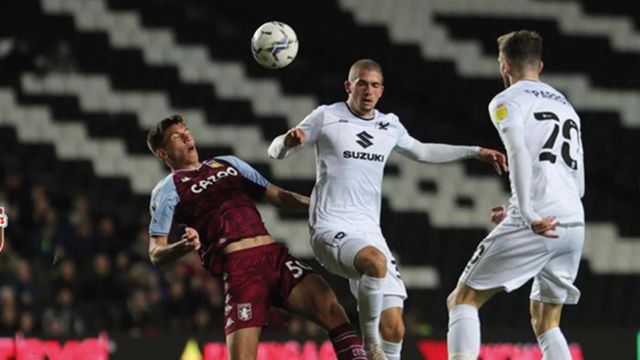