Kioso: Important to get back to winning ways


Peter Kioso admits MK Dons weren’t at their best during Saturday’s victory at Crewe Alexandra but knows the most important thing is that they secured all three points. Manning: We can be better


Liam Manning believes there have been much better performances this season than Saturday’s display at Crewe Alexandra, despite his MK Dons side equalling their biggest victory of the campaign at the... MK Dons returned to winning ways in Sky Bet League One courtesy of a 4-1 victory away at Crewe Alexandra.

Goals from Mo Eisa, Matt O’Riley, Peter Kioso and substitute Max Watters secured the convincing win for Liam Manning’s men, as they ended the month of September on a positive note by moving to within six points of the automatic promotion places.

First half
The Dons started on the front foot but it took until the seventh minute for them to work a shooting opportunity – David Kasumu winning the ball deep inside the Crewe half before seeing a right-footed effort deflected wide. Twine went close to scoring from the resulting corner but Will Jaaskelainen managed to get a hand to his curling try.

Crewe then threatened for the first time as a cross from the left was headed against the post by Rio Adebisi. The Dons then made them pay for that missed chance, taking the lead almost immediately after.

Matt O’Riley and Kioso combined well down the right before the latter fired a low ball across goal to the outstretched boot of Eisa, who converted for his 50th career goal. 0-1.

Manning’s men came forward again on the quarter-hour mark and had a decent shout for a penalty turned down despite it appearing as though Twine had been unfairly brought down inside the box.

MK Dons, despite seeing most of the ball, weren’t able to fashion too much after that and saw Crewe go close on 38 minutes through J’Neil Bennett, whose acrobatic effort landed wide of Fisher’s right-hand upright. The Dons goalkeeper later gathered from two dangerous crosses, both in from the left.

That flurry was the final reaction of a first half, as Manning and his side went into the break with a one-goal lead.

Second half
A frantic start to the second half saw the Dons go close through Eisa moments before Fisher was called into action at the other end to smother an effort from Chris Long.

O’Riley then forced a save out of Jaaskelainen with an in-swinging free-kick. Twine, shortly after, tried his luck from distance but wasn’t able to keep his right-footed drive down.

Crewe, though, would draw level a minute later through Long, who converted at the far post with the help of a deflection in front of Fisher. 1-1.

The Dons went in search of an instant response but Harvie and Eisa couldn’t link up. O’Riley then fired over the crossbar following a solo run in from the right flank.

At the opposite end, it took a vital interception from Kasumu to prevent Long latching onto a through pass. Manning’s side then went back on the attack and re-took the lead courtesy of their number 7.

O’Riley was in the right place at the right time as Kioso's cross from the right was only half-cleared by the home side. The midfielder took the shot on first time and did superbly to guide it beyond Jaaskelainen and into the far corner. 1-2.

The Dons were then presented with a terrific opportunity to double their advantage after Eisa was brought down inside the Crewe box. However, the striker wasn’t able to convert from the penalty spot as Jaaskelainen made a diving save to his left.

Manning brought Boateng off the bench with 20 minutes to play. Watters entered the contest soon after in place of the Dons first goalscorer, Eisa. Both of the Dons’ substitutes were involved as the Dons added a third late on.

Watters brought Harvie's ball down brilliantly before finding Boateng, who waited momentarily before playing in Kioso. The right back had just one thing on his mind as he entered the area, as he sent in a fierce right-footed shot which took a crucial deflection off Donveran Daniels on its way past Jaaskelainen. 1-3.

Watters was involved in the final action of the game too, as he sealed an excellent afternoon in Cheshire for MK Dons. Kioso was again involved, playing the ball through to the striker, who beat the offside trap and kept his composure to drilled a ball through the legs of Jaaskelainen. 1-4.

Kioso: Important to get back to winning ways


Peter Kioso admits MK Dons weren’t at their best during Saturday’s victory at Crewe Alexandra but knows the most important thing is that they secured all three points.

Manning: We can be better


Liam Manning believes there have been much better performances this season than Saturday’s display at Crewe Alexandra, despite his MK Dons side equalling their biggest victory of the campaign at the... 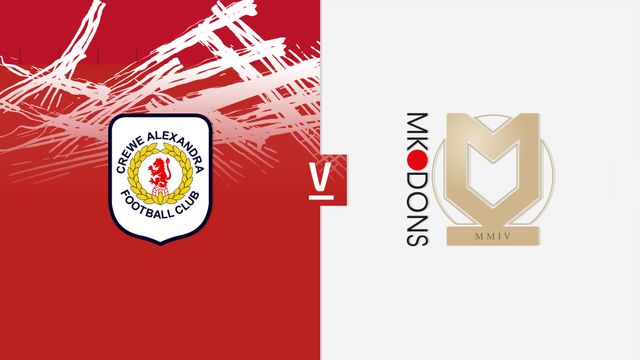 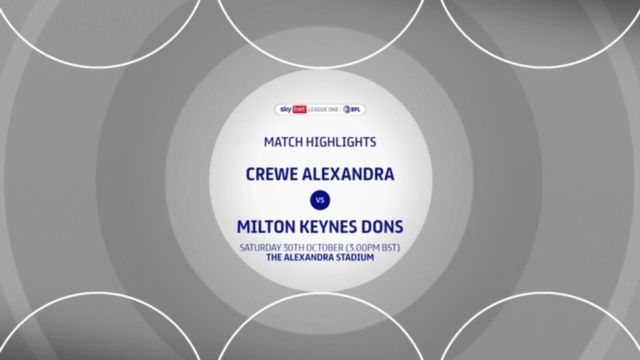 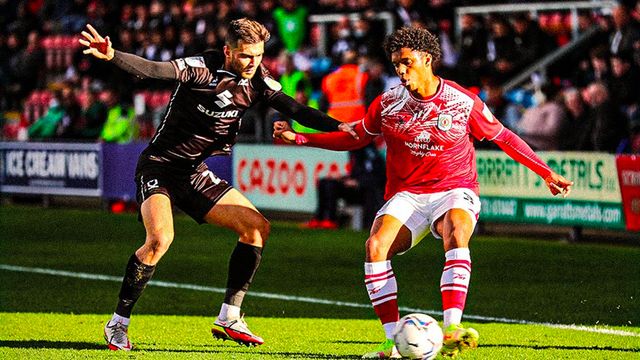