Liam Manning praised his MK Dons side for maintaining control out of possession during Saturday’s 1-0 win over Burton Albion. In a tight affair, Watters proved to be the difference, latching onto Matt O’Riley’s pass and finishing past Ben Garratt for his sixth goal in as many games.

It’s a result that keeps Liam Manning’s men fifth in the Sky Bet League One table and to within three points of the automatic promotion places.

Team news
MK Dons were forced into one change from their last league outing, with the suspended Harry Darling replaced at the back by Aden Baldwin.

Zak Jules returned to the squad but Troy Parrott missed out through Covid-19 protocols while Ethan Robson and Tennai Watson were sidelined through injury and illness (non-Covid) respectively.

Josh Martin was available for selection, however, after having his ban overturned and there was a place on the bench for Under-16s midfielder Callum Tripp.

First half
MK Dons worked an early chance on goal, similar to the one they took the lead from against Cambridge United. Max Watters broke free down the right and tried to tee up Scott Twine but the ball was played just behind the Dons number nine.

The two tried to combine again on five minutes but Twine was just beaten to Watters’ through pass by Ben Garratt. Twine then turned provider for Watters but the striker’s lob over Garratt was hooked away at the last moment by a Burton defender.

Burton threatened for the first time with eight minutes on the clock as Jacob Maddox worked his way into the area. He went down under a challenge from Baldwin but his penalty appeals were quickly waved away by referee Neil Hair.

Manning’s men had to survive successive corners shortly after that, before getting forward again and creating another opportunity for Watters – this time, the striker shot wide after being found by Matt O’Riley.

On the half-hour, the visitors went close through Daniel Jebbison, who stabbed just wide of the left-hand upright from a Joe Powell cross. At the other end, the Dons worked a corner to Twine, just outside the D, but his low drive was blocked.

Watters was in again on 39 minutes, though the angle was tight from O’Riley’s through pass. He did his best to find the target but his low right-footed shot whistled just wide – as did Peter Kioso’s stinging long-range drive just a minute later.

With two minutes to play in the half, O’Riley saw a goal-bound effort blocked from Harvie’s pull-back. The MK Dons number seven then went within an inch of playing in Twine for a one-on-one opportunity in first-half stoppage time but the pass was cut out brilliantly by Conor Shaughnessy.

Second half
Some brilliant play from Kasumu saw MK Dons go close five minutes into the second half but his cross into the six-yard area was intercepted well by a Burton defender.

Watters was the next to threaten for Manning’s side, latching onto O’Riley’s pass and forcing Garratt into a smart reaction save with a low drive. Jebbison then had Burton’s first chance of the second half – a 20-yard try which was high and wide.

Manning went to his bench for the first time during the stoppage that followed, replacing McEachran with Hiram Boateng in the middle of the park.

However, it was Boateng’s midfield partner, O’Riley, who was heavily involved as the Dons took the lead. The number 7 found a pocket of space in front of the Brewers backline and then slid a ball through to Watters, who shrugged off his man and poked the ball past the on-rushing Garratt with his right foot to make it 1-0.

Watters almost had a second just two minutes later but had this attempt on goal, from Boateng’s pass, parried away by Garratt. MK Dons recycled possession and, eventually, Kasumu fired over from range.

Burton responded by going close through Cameron Borthwick-Jackson, who sent his shot into the ground and over the bar. O’Riley was later forced to clear off th line from an in-swinging corner.

Mo Eisa came on for Watters with six minutes to play and he contributed to a resilient display thereafter – Manning’s men seeing out the remaining action without being troubled for a second straight home win.


Liam Manning praised his MK Dons side for maintaining control out of possession during Saturday’s 1-0 win over Burton Albion. 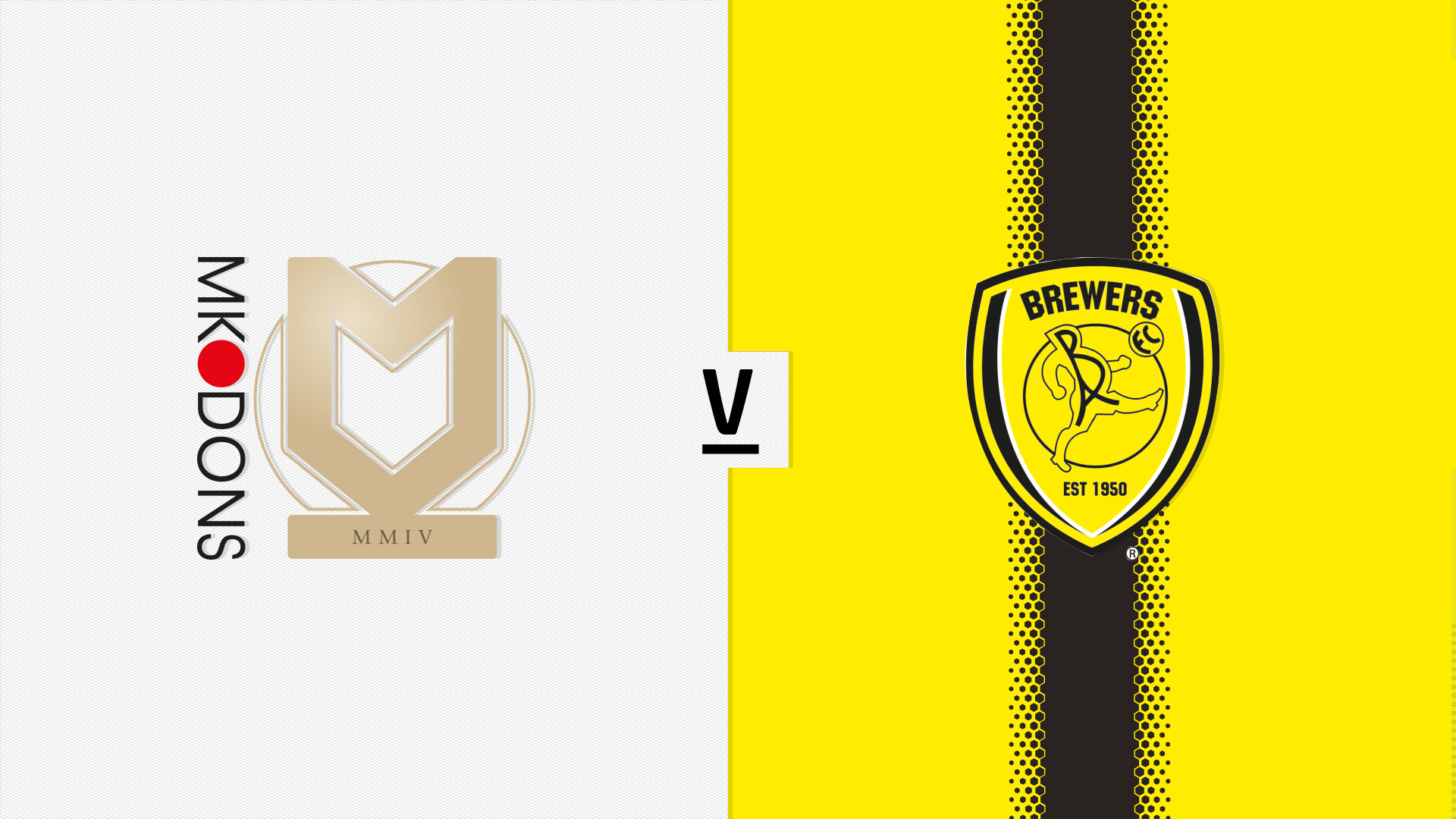 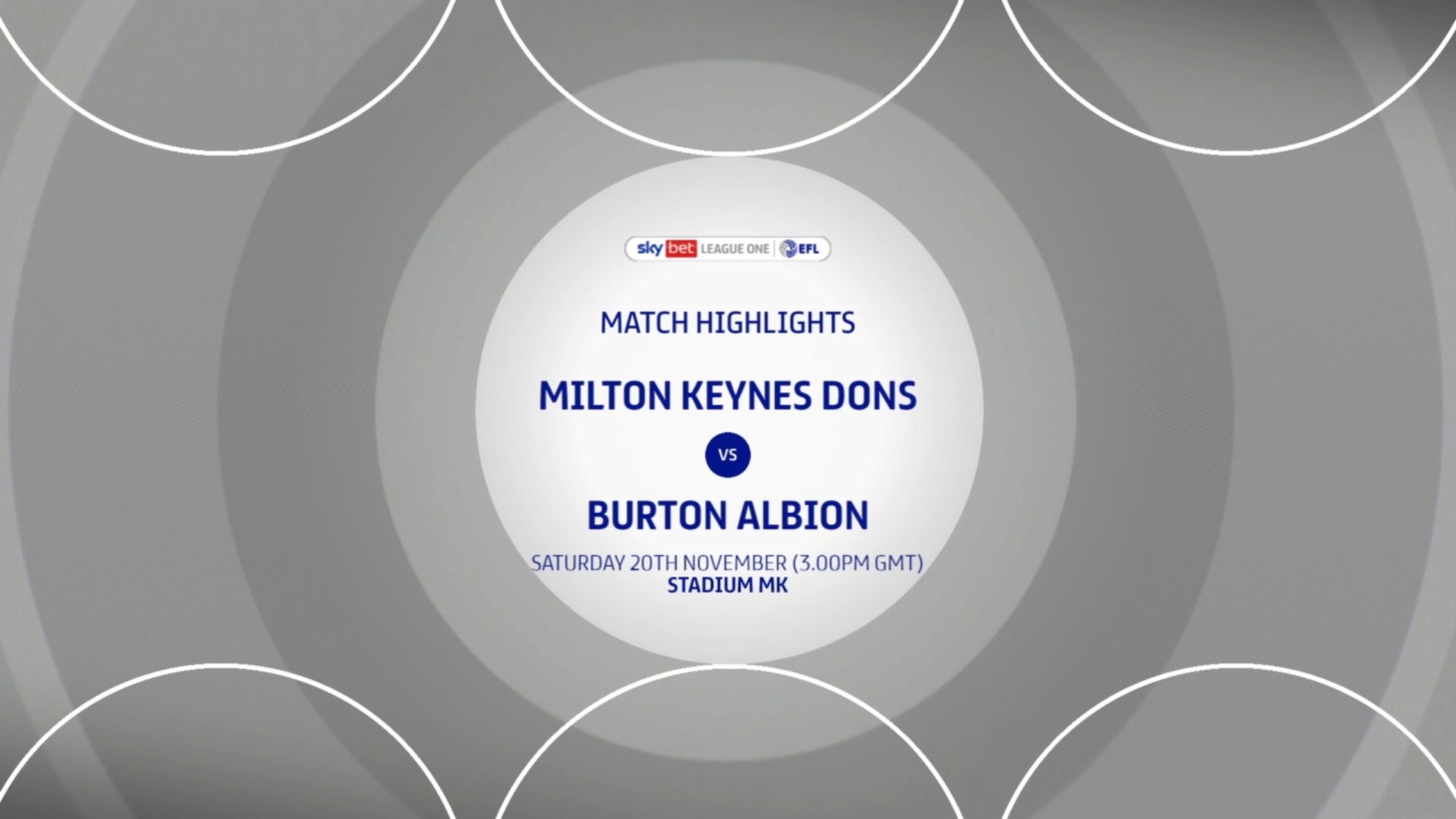