Troy Parrott was delighted to be back amongst the goals on Tuesday evening as he helped fire MK Dons to victory over Cheltenham Town. 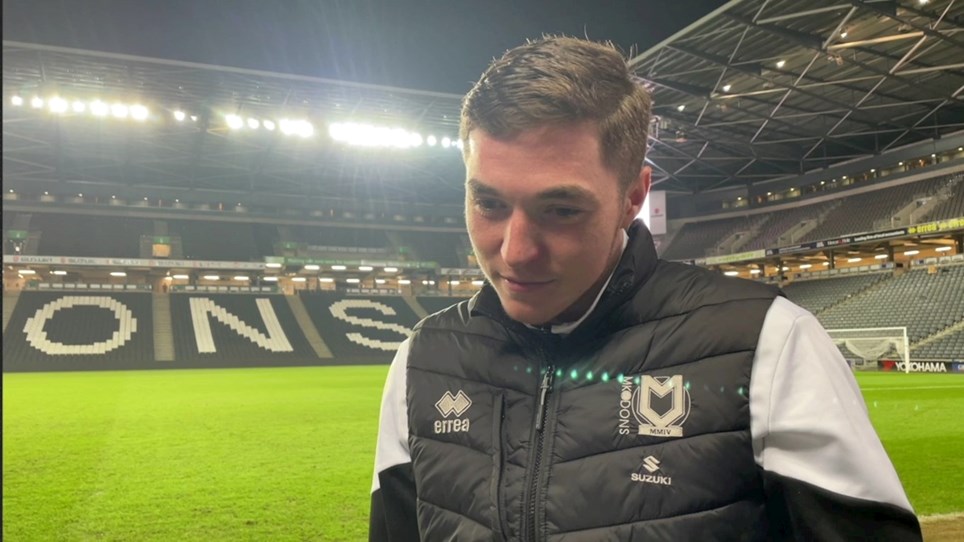 Manning: Take the points and move on


Liam Manning was happy to take the three points and move on after Tuesday’s battle with Cheltenham Town at Stadium MK.

MK Dons made it five straight Sky Bet League One wins courtesy of a 3-1 victory over Cheltenham Town at Stadium MK.

Troy Parrott set the Dons on their way with a long-awaited goal on 26 minutes, before Mo Eisa doubled the advantage almost immediately after thanks to his fourth goal in as many starts.

Parrott then secured the victory with five minutes to play, firing home to complete a brace and send his team level on points with the automatic promotion places in Sky Bet League One.

Team news
MK Dons made three changes from the weekend, with Matt Smith handed his first Stadium MK start. Kaine Kesler Hayden and Theo Corbeanu also came in to the XI while Jack Davies took the space in the squad vacated by the suspended Daniel Harvie.

First half
The Dons made a positive start, though it took them until the seventh minute to deliver their first threatening ball into the box – a deep cross from Kesler Kayden that Corbeanu was unable to bring under control.

They combined again on 10 minutes, with Corbeanu, this time, sending a ball in for Kesler Hayden. He wasn’t able to get above his man, however, and the visitors cleared their lines.

Troy Parrott was almost in a minute later but he couldn’t bring down a pass played over the Robins defence. At the other end, Warren O’Hora got himself in the way of Callum Wright’s 18-yard try and then headed away the resulting corner.

Corbeanu had an effort on goal blocked by a defender at the midway point of the first half, as did Conor Coventry less than a minute later. That Coventry chance led to a corner and from it, MK Dons took a deserved lead.

The initial ball in was cleared but Kesler Hayden did brilliantly to recycle possession and find Smith, whose first-time cross was met by the head of Parrott – his effort left Owen Evans unmoved as it looped into the top right-hand corner. 1-0.

Just like on Saturday, the Dons were straight back on the front foot after scoring and within two minutes they doubled their lead.

Darling was the creator with a superb long ball over the top for Eisa and his inch-perfect touch allowed him a golden opportunity to extend his scoring run – which he took, slotting past Evans with a composed right-footed finish. 2-0.

It was almost three on 32 minutes but O’Hora, on a surging run up from the back, saw his shot saved by Evans after a one-two with Corbeanu.

Second half
It was a positive start to the second half for Manning’s men, who saw Corbeanu send a ball into Evans’ arms from a 51st-minute free-kick.

There was an early opportunity for Cheltenham too but Blair failed to hit the target with his header – not that it would have counted with the offside flag raised.

Dan Kemp was the man, eventually, brought on for the injured Watson and he was involved in creating a chance for Eisa, who thought he had won the Dons a penalty only for the linesman’s flag to deny it.

David Kasumu came off the bench shortly after in place of Smith. His midfield partner Coventry played a delightful ball over the top for Parrot with a quarter of an hour to play but it was just out of the striker’s reach.

Alfie May blazed over for the visitor moments before Twine was brought on as Manning’s final sub. He was lurking in hope of pouncing on any fumble from Corbeanu’s rasping strike on 82 minutes but Evans did well to save and hold.

The Dons were intent on getting a third in order to make sure of the points and they found it with five minutes left to play.

Twine and Corbeanu combined down the right to set away Parrott, who had the choice of squaring it across to Kemp or going alone. Full of confidence after his earlier goal, he went alone and it proved to be the correct decision as he made it three with a fierce strike across Evans into the bottom left corner. 3-0.

Cheltenham did grab a goal back in the final minute of regulation time through Will Boyle who, up from the back, headed in despite what appeared to be a handball in the build-up. 3-1.

It proved nothing more than a consolation, however, as Manning’s men claimed all three points ahad of their showdown with Wigan Athletic this weekend.


Troy Parrott was delighted to be back amongst the goals on Tuesday evening as he helped fire MK Dons to victory over Cheltenham Town.

Manning: Take the points and move on


Liam Manning was happy to take the three points and move on after Tuesday’s battle with Cheltenham Town at Stadium MK. 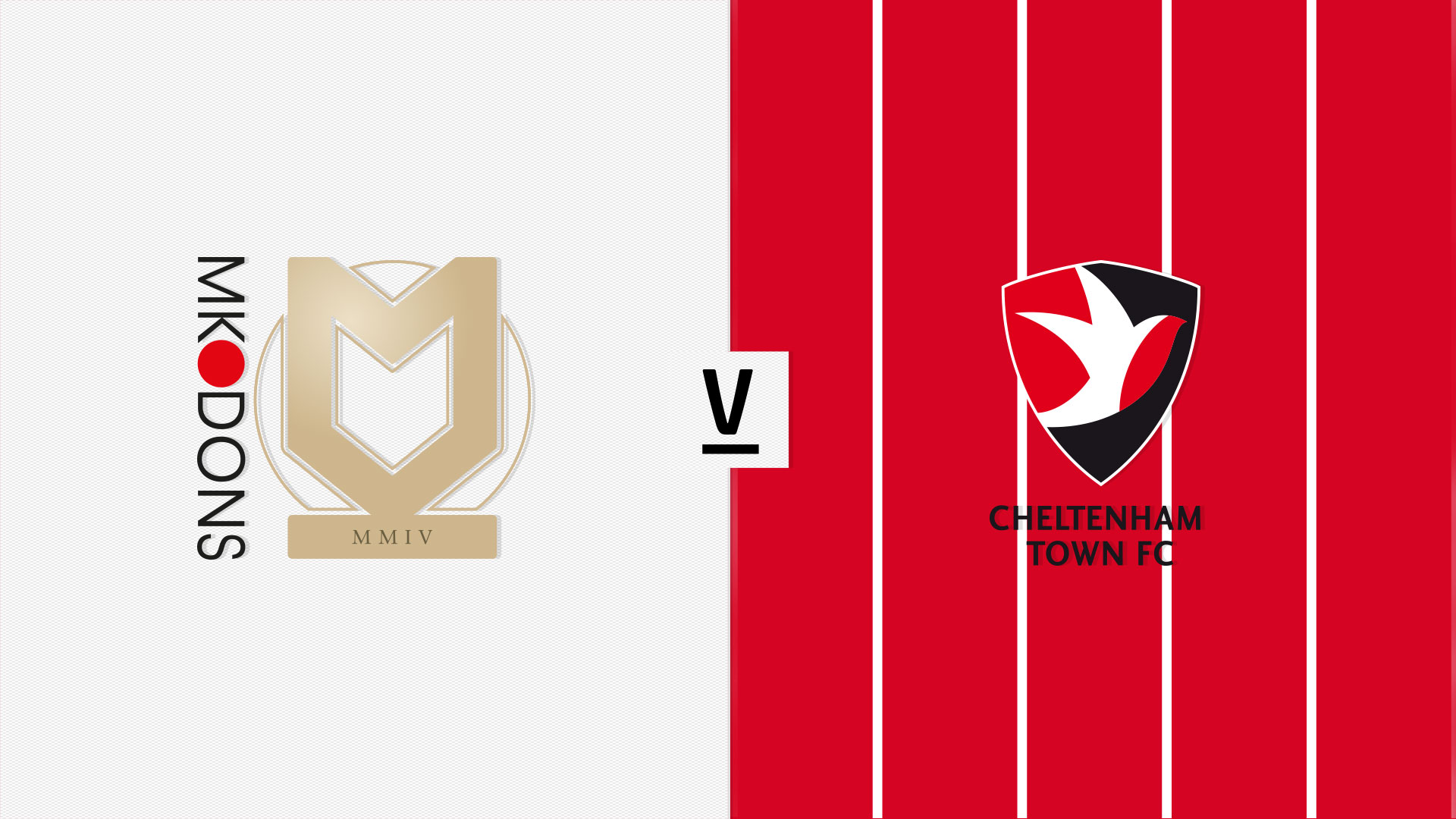 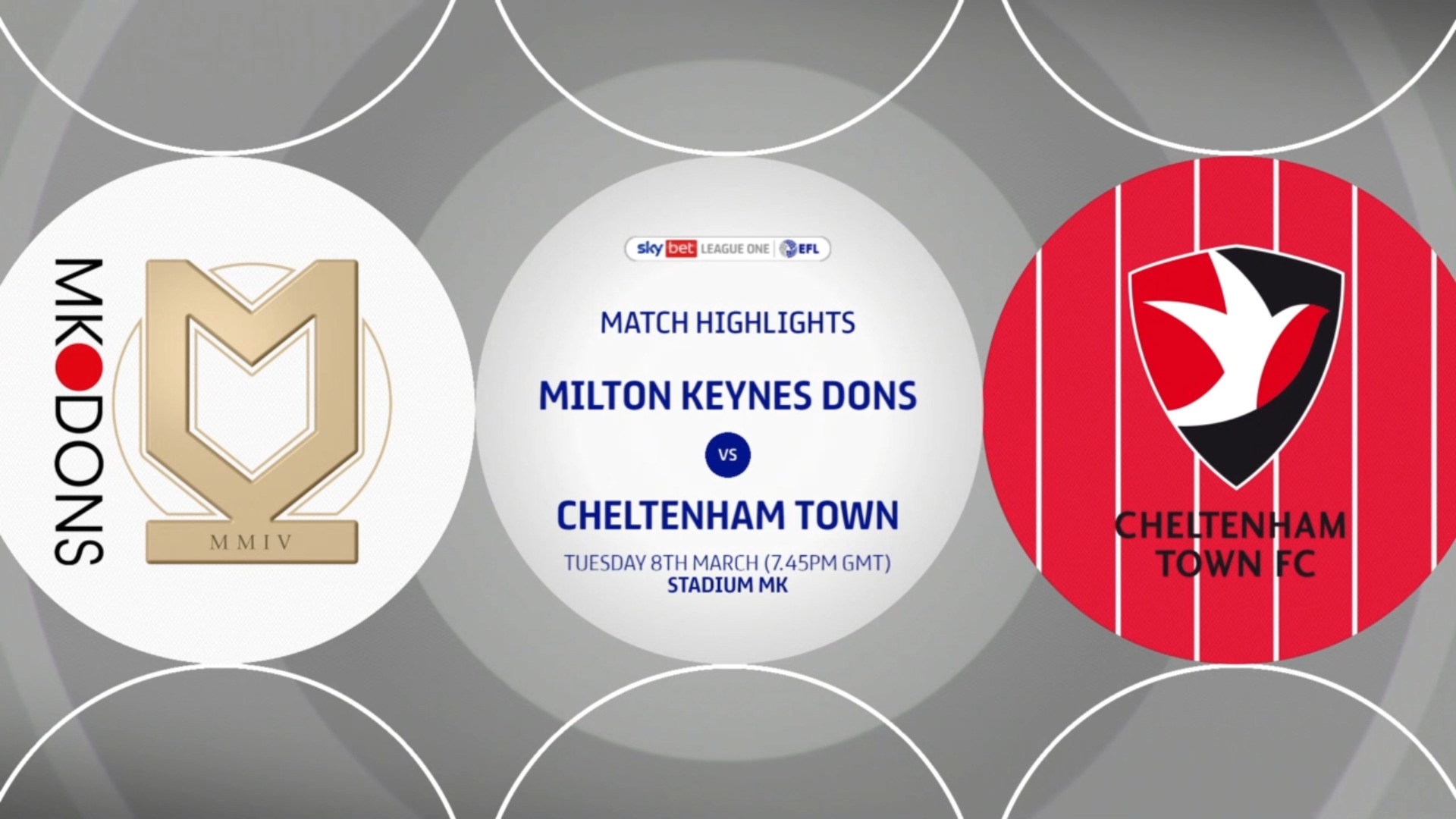 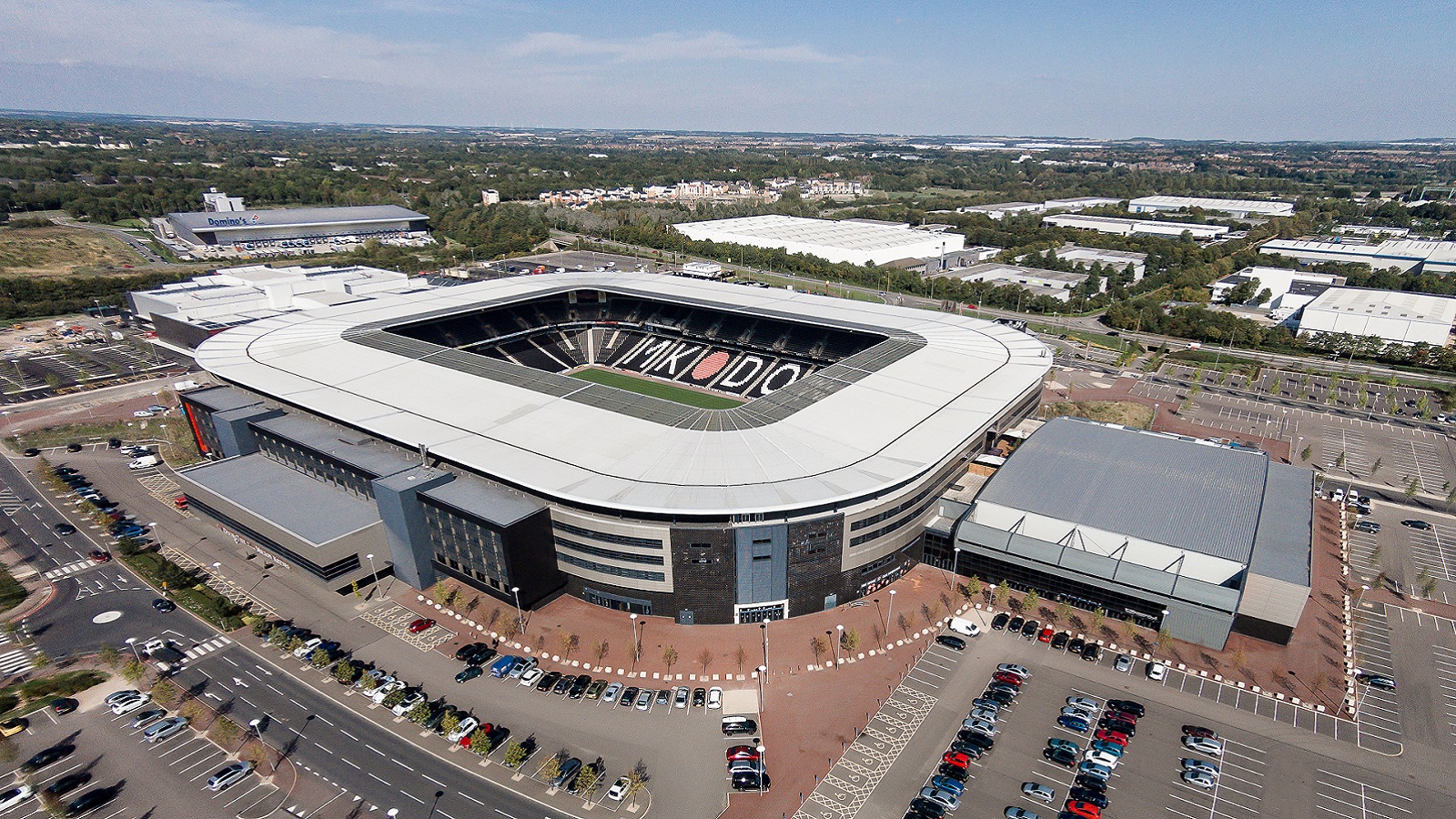