O'Hora: The fans have been amazing


The Dons improved their away form once again at the Abbey Stadium as they made it nine wins and two draws from 11 unbeaten away matches.

After a tight opening hour, O’Hora struck home from Daniel Harvie’s long throw to extend the Dons’ unbeaten run to 12 and equal a club-record 11 away matches without defeat.

Most importantly, though, the three points saw Liam Manning’s men keep pace with second-placed Wigan Athletic and move to within four of league leaders Rotherham United.

Team news
MK Dons made just one change from their draw with Wigan Athletic last weekend, as David Kasumu replaced Josh McEachran in midfield. Connor Wickham was back from injury and amongst the substitutes for Liam Manning.

First half
Liam Manning’s men made a bright start and earned themselves a corner inside of four minutes. It led to a chance for Harry Darling but his improvised – and acrobatic – effort went wide.

There was a better opportunity for Troy Parrott a minute later, from Kaine Kesler Hayden’s low cross, however he couldn’t keep his first-time shot down.

The Dons regained control after that but were finding it tough to create clear openings against a well-organised U’s outfit.

Second half
The Dons were on the front foot from the re-start, working their way into the Cambridge box twice although they were unable, on both occasions, to muster a shot on goal.

On 49 minutes, a cross in from Lewington looked to have fallen at the feet of Eisa but the ball was quickly taken off his toes by a U’s defender. Eisa did get a shot away a minute later, after latching onto Twine’s pass, but his low drive was saved by Dimitar Mitov.

Cambridge had their first second-half opportunity with 52 minutes on the clock – a Sam Smith free-kick which was fired into the side netting by the U’s winger. Shortly after, Knibbs headed high and wide after connecting with James Brophy’s cross.

Just as the hosts tried to wrestle back control, the Dons struck and broke the deadlock. It came via a long throw from Harvie – a throw which made its way into the six-yard box and to feet of Eisa. The MK Dons number 10 stabbed the ball into the direction of O’Hora, who cooly slotted past the outstretched arm of Mitov and into the bottom right-corner. 0-1.

Soon after the re-start, a fantastic pass from Darling set away Twine but he saw his 25-yard strike saved by Mitov. At the other end, Dean Lewington got a crucial header in to deal with Brophy’s teasing delivery.

From another left-wing ball, Ironside went close for the hosts but, sliding in, he failed to hit the target. Moments later, Twine threatened a second MK Dons goal but dragged his shot wide from the edge of the D.

Manning, who earlier had brought on McEachran from Kasumu, went to his bench for a second time with just over a quarter of an hour left to play, replacing Parrott with former U’s loanee Hiram Boateng.

On 86 minutes, Twine was presented with an opportunity via a free-kick, though his curling effort was saved by Mitov.

Twine was heavily involved in the Dons’ excellent game management in stoppage-time, as the side spent the majority of the six minutes in both corners of the Cambridge half – the U’s not venturing into Dons territory until it was far too late to trouble the scoreline.

O'Hora: The fans have been amazing


The Dons improved their away form once again at the Abbey Stadium as they made it nine wins and two draws from 11 unbeaten away matches. 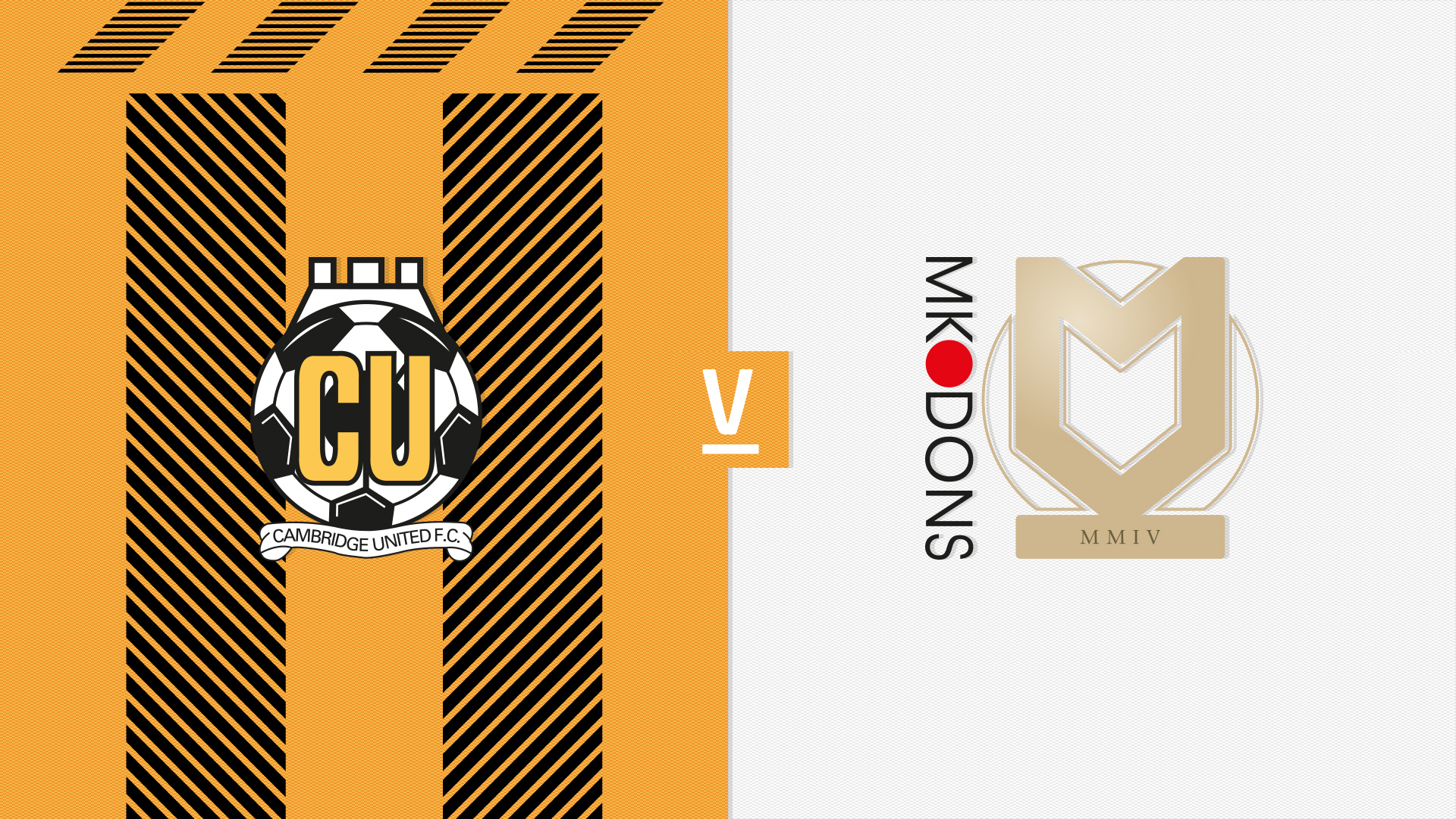 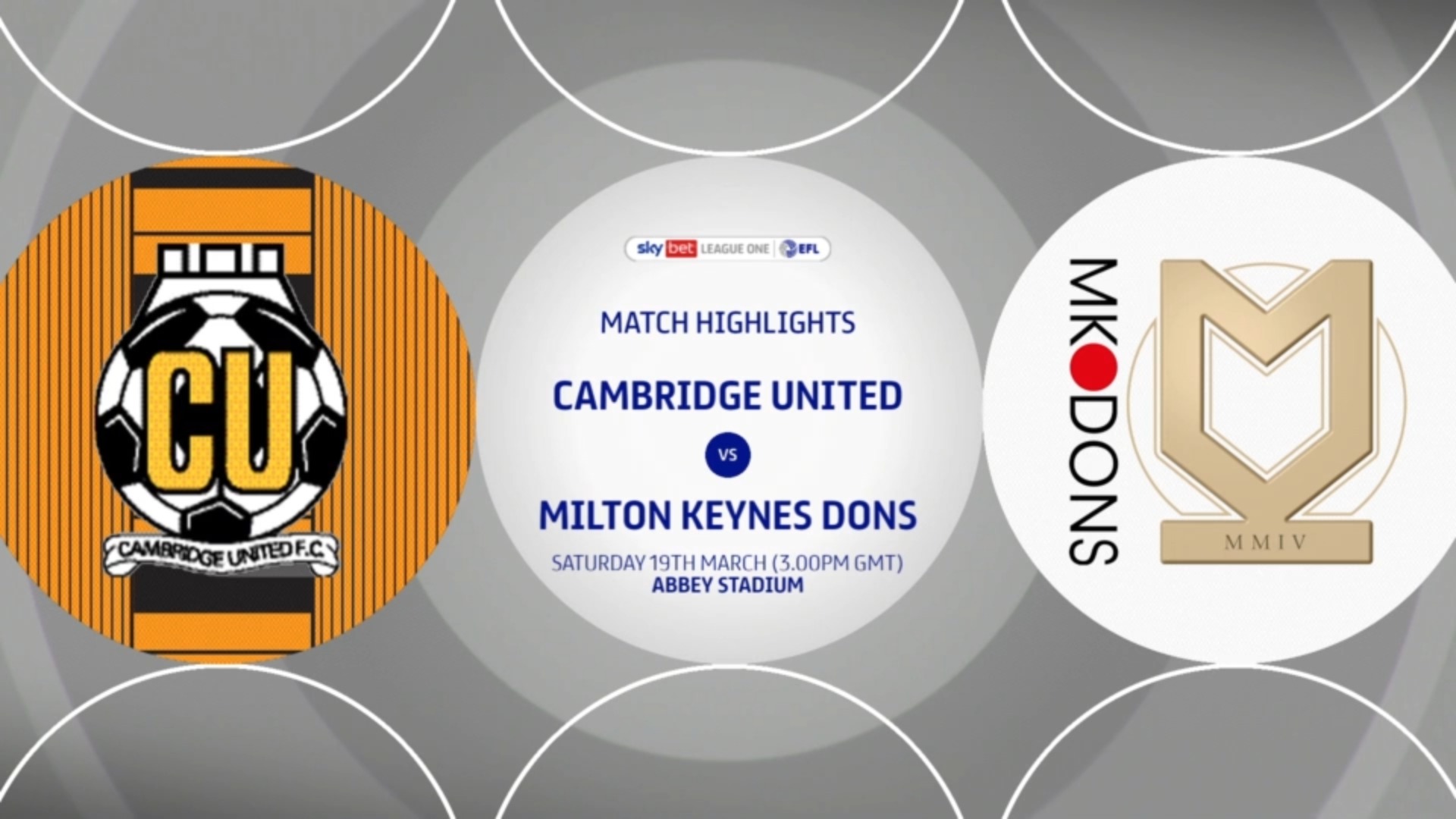 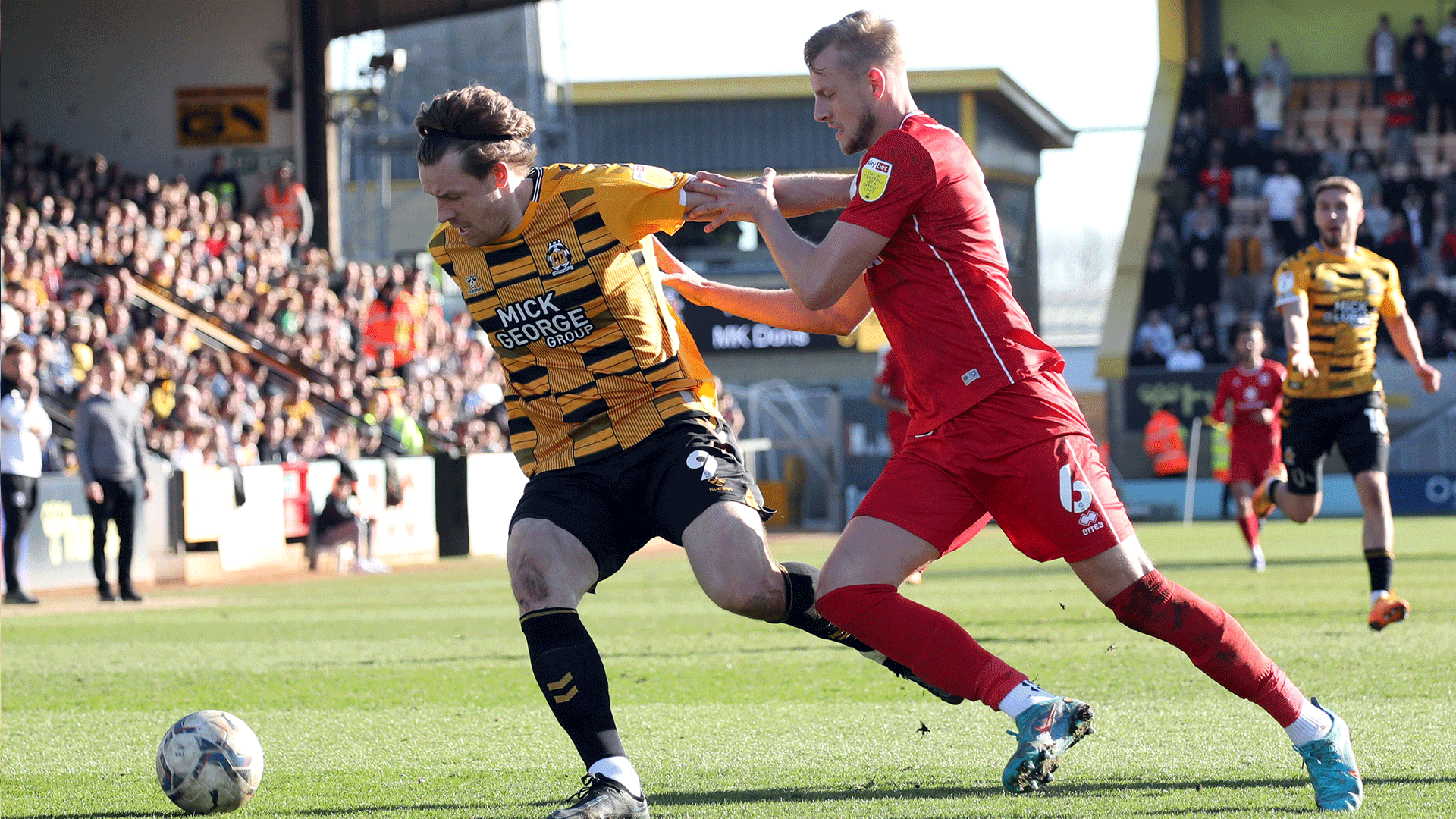