MK Dons will kick-off the 202/21 season with their Carabao Cup Round One tie against AFC Bournemouth.

MK Dons exited the Carabao Cup at the Round One stage following a 5-0 defeat to AFC Bournemouth at the Vitality Stadium.

Despite a positive start in Dorset, a David Brooks brace and goals from Dominic Solanke, Philip Billing and Christian Saydee saw the Cherries progress at the expensive of the Dons, in the Club’s opening fixture of the 2021/22 season.

The Dons started well, working their way into the final third on a number of occasions inside the opening 10 minutes. It was AFC Bournemouth, though, who would have the first shot on target – a David Brooks effort comfortably saved by Ravizzoli.

There wasn’t much in the way of goalmouth action until the 28th minute when Twine produced a save out of Mark Travers, after Watson had headed Daniel Harvie’s deep cross back into the mix.

Moments later, Brooks wasted a good opportunity to put the home side ahead when he blazed over with the goal at his mercy. Ravizzoli was then called into action to save a header from Zeno Ibsen Rossi.

The Dons goalkeeper also kept out an attempt by Brooks just past the half hour but he couldn’t prevent the Bournemouth number 7 from opening the scoring with a well-struck 35th-minute volley, just 10 yards out. 1-0.

In response, Watson went close with a fizzing strike that was saved at the near post by a diving Travers. There was a half chance for O’Hora from the resulting corner but he couldn’t bring the ball under control at the far post.

AFC Bournemouth retained their advantage through until half-time before doubling the lead two minutes into the second period – Solanke, the scorer, finishing off a well-worked move with a turn and finish past Ravizzoli. 2-0.

Twine tried his luck at reducing the deficit with a goal-bound 35-yard free-kick which was pushed wide by Travers. Before the resulting corner, which didn’t lead to anything for the Dons, Ethan Robson replaced Brown for his debut.

Darling prevented Solanke adding a third for Bournemouth with a crucial block. Ravizzoli then kept out a free-kick from Philip Billing.

At the other end, Darling went agonisingly close with a free-kick of his own – a fierce right-footed effort from Twine’s lay-off which was denied by a brilliant Travers save.

Ravizzoli was forced into action again with 19 minutes to play and he produced a strong diving stop to keep the deficit at two. He was beaten for a third time two minutes later, though, as Billing pounced on a defensive error to put the tie to bed. 3-0.

Twine dragged an 18-yard shot wide as the Dons searched for a consolation goal to take back to Stadium MK. Instead, Bournemouth added a fourth and then a fifth - substitute Christian Saydee the man with the fourth before Brooks claimed a brace. 5-0.


MK Dons will kick-off the 202/21 season with their Carabao Cup Round One tie against AFC Bournemouth. 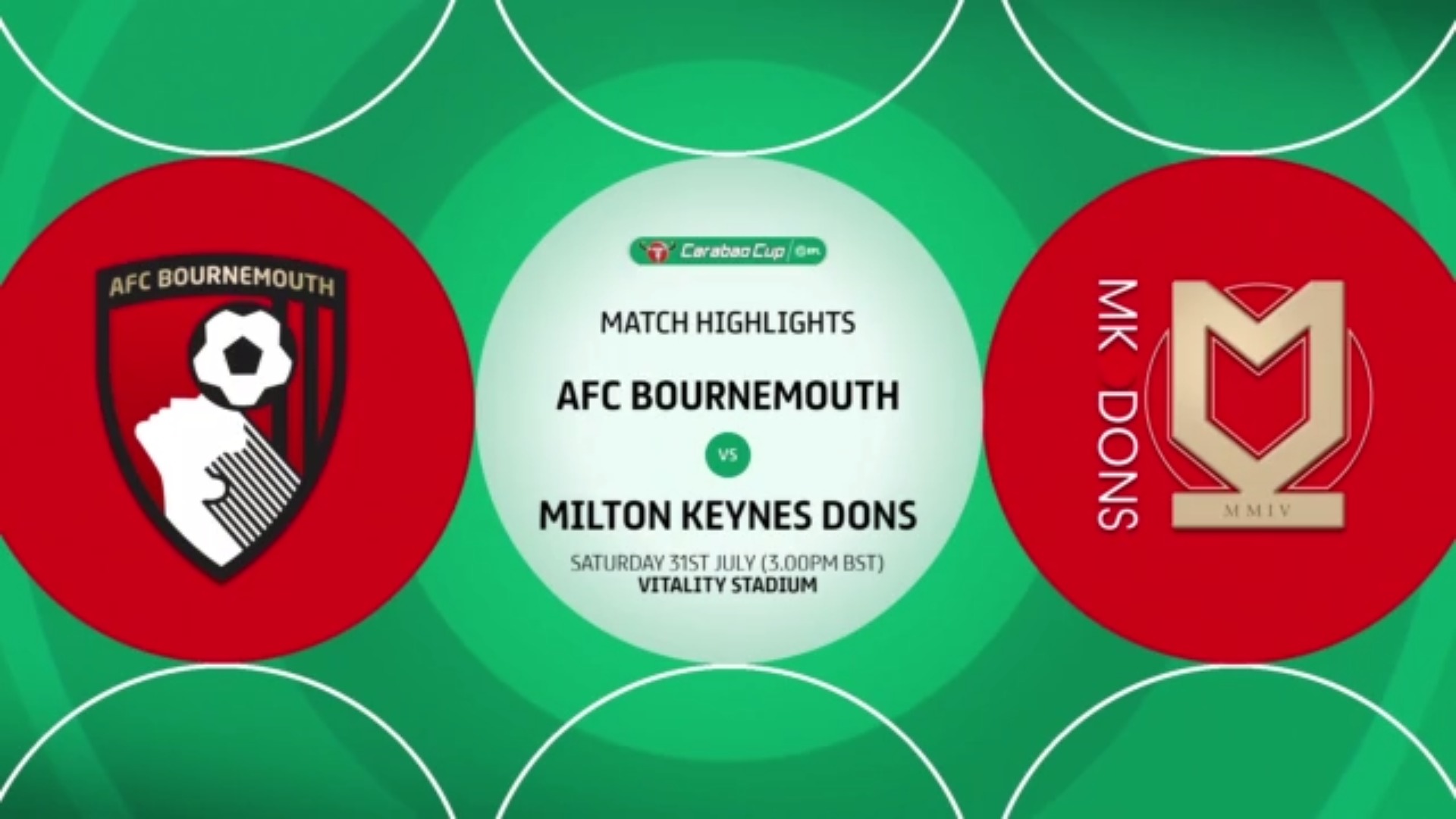 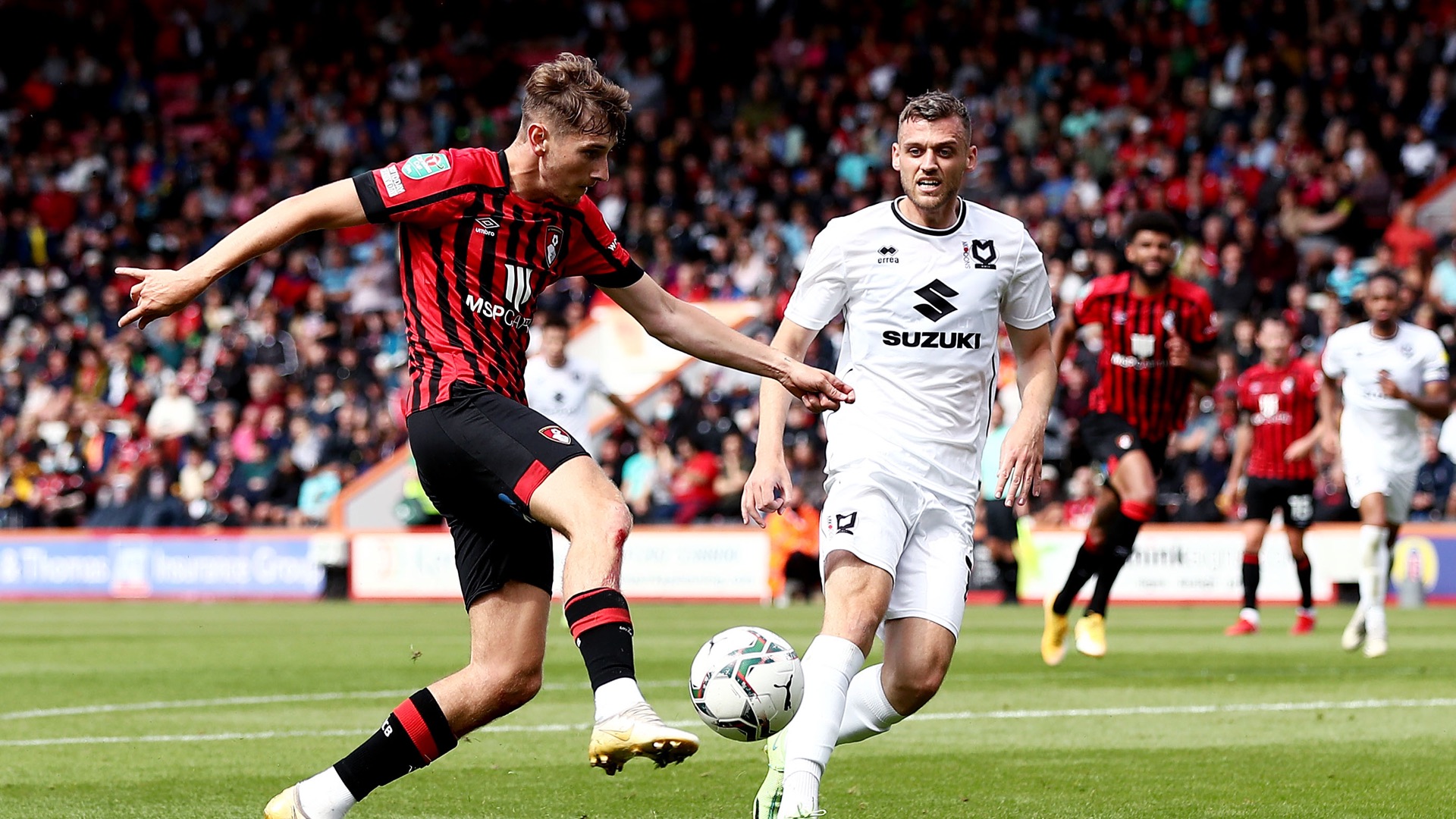 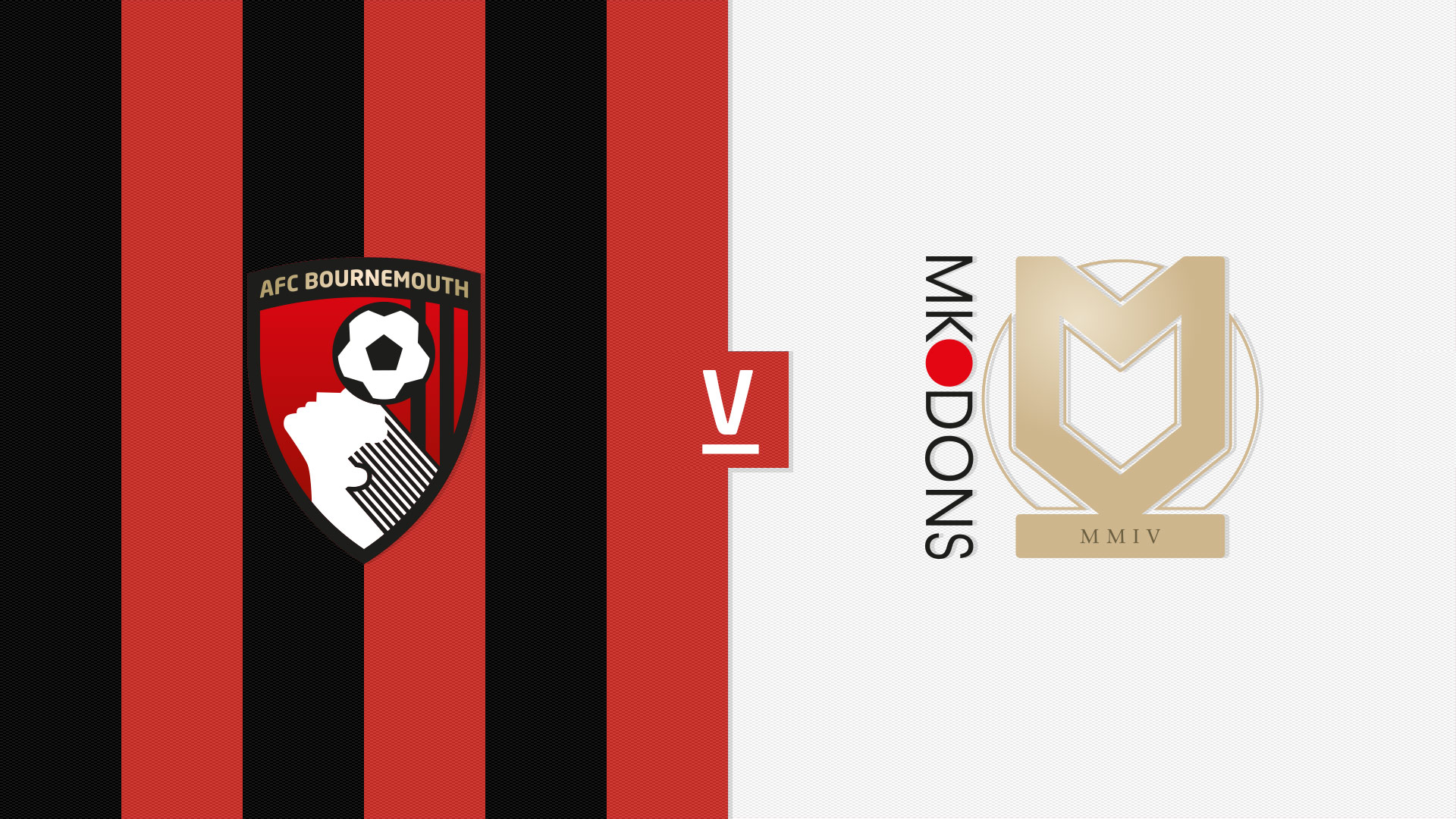