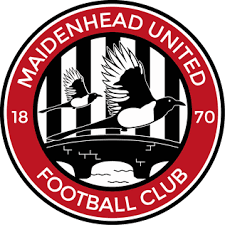 MK Dons continued their pre-season preparations with a 3-1 victory over Maidenhead United in a behind-closed-doors friendly.

The format of the clash was the same as the previous clash with King’s Lynn, with two different XI’s each playing 60-minutes.

After a goalless first hour, the Dons fell behind to Sam Barratt's goal but a goals from each of the Dons' trialists and a Jay Bird finish saw Russell Martin's men make it back-to-back wins this pre-season.

FIRST HALF
After a period of sustained possession, it was MK Dons who had the first chance of the afternoon with Josh Martin involved heavily. He beat two men before picking out the run of Daniel Harvie. He headed back into the path of Ethan Robson who saw his shot blocked.

Maidenhead then threatened Ravizzolli’s goal, but he dealt with the danger as a free-kick ended wide of his goal.

Matt O’Riley then worked his way into the area before picking out Watters with his low cross. Once again, Maidenhead defended well to clear the danger.

Twine then had his first involvement of the afternoon as he picked up the ball inside his own half before driving MK Dons forward. He found Harvie on the left who had his shot turned behind for a corner.

From the following corner, O’Riley once again tested the keeper who produced a wonderful save to his left.

Warren O’Hora was back in action for MK Dons and was involved on 20-minutes as he used his body to shield the ball out of play despite pressure from the Maidenhead striker.

Martin once again went close as he saw his powerful strike saved by the Maidenhead keeper at his near post.

The Norwich-loanee continued to cause danger down the right, he once again used his pace to find his way into the area. He then picked out O’Riley who had his strike save.

The Dons continued to dominate possession and could’ve taken the lead had it not been for some brave Maidenhead defending. Twine displayed his quick feet to create an inch of space for a shot, but two flying blocks from Maidenhead saw the shot blocked.

Watters then was picked out by O’Riley, he turned well before his shot was saved. Seconds later, Watters was played through by Lewington, he took a touch to steady himself, but saw his powerful strike smothered by the keeper who was off his line quickly to save.

Martin’s side continued to create chances, the latest coming from Scott Twine, he saw his header saved after good work by Daniel Harvie.

SECOND HALF
It was Harry Darling who had the first chance after the break, he found himself in the area, but was denied by the impressive Maidenhead keeper.

Despite all the dominance from MK Dons, it was Maidenhead who took the lead from the penalty spot. The referee pointed to the spot after a foul inside the area, although Fisher got down well to save - the striker turned home the rebound. 0-1.

At the other end, MK Dons thought they should've had a penalty of their own as Darling was fouled inside the area. The referee waved away the protests, much to the frustration of Darling.

Charlie Brown then had his first chance of the game, his strike took a deflection and looped into the arms of Maidenhead's keeper.

Darling was then allowed the freedom and space to drive towards goal, he tried his luck from 30-yards, and it looked as if he had levelled. His strike, however, ended narrowly over the bar.

The Dons pressure was eventually rewarded as they equalised after good work from Hiram Boateng and Charlie Brown. Boateng found the run of A Trialist who held off his marker before finding the back of the net inside the box. 1-1.

It was B Trialist who then put MK Dons ahead as he combined with Brown on the edge of the box. Having taken a touch to steady himself, he found the bottom corner. 2-1.

Two soon became three as Jay Bird found the back of the net after his initial shot was saved. Bird was found well by Boateng after he escaped his man. 3-1.

Darling then attempted another effort from range, this one clattered off the post before Maidenhead cleared.