MK Dons moved to within five points of the automatic promotion places in Sky Bet League One courtesy of a 2-1 win away at Portsmouth.

It took the Dons until the 20th minute to have their first opportunity on goal but they made it count, taking the lead through their number 10, Eisa.

Matt O’Riley won possession deep inside the Pompey half and immediately played through the Dons frontman, who took one touch to carry the ball into the area before slotting past Gavin Bazunu with a composed left-footed finish. 0-1.

The Dons worked an opening for Theo Corbeanu as they went in search of a quickfire second but he was quickly closed down and his eventual effort at goal was blocked. Shortly after, O’Riley and Eisa went close to linking up again but the former’s pass, this time, ran through to Bazunu.

Portsmouth, looking for a response, threatened through Marcus Harness on 27 minutes but he fired wide from 25 yards. It then took a vital interception from O’Riley to prevent Mahlon Romeo’s cross from finding a teammate inside the Dons area.

At the other end, Twine forced a diving save out of Bazunu following a terrific run down the right from Tennai Watson. The Dons, though, won’t be denied a second before half-time, as Corbeanu fired home a stunner to double the advantage.

As the clock ticked past 45, Harvie found Eisa down the left and although the striker was dispossessed, the loose ball fell straight into the path of Twine who shrug off a defender and took a shot. That effort was blocked but Corbeanu was there to pounce and, without hesitation, he sent a left-footed half-volley flying past Bazunu and into the net off the crossbar. 0-2.

Second half
The Dons worked an opening for Corbeanu early in the second half but he saw his shot blocked by a Portsmouth defender. As did Twine, when he tried his luck moments later from just inside the area.

Pompey forced Manning’s men under some heavy pressure after that, though they did go agonisingly close with a 58th-minute counter – Corbeanu, after a terrific driving run, saw his shot brilliantly saved by Bazunu and the rebound bounce just past Eisa.

The Dons were then punished for that miss, as Hirst reduced the deficit with Portsmouth’s next attack, converting from Kieron Freeman’s pull-back off the right byline. 1-2.

Romeo blazed over as the home side threatened an immediate equaliser while former Don, Louis Thompson, on as a substitute, fired wide when well placed inside the box.

Manning made his first chance shortly after that, bringing on Hiram Boateng in place of Eisa which pushed Corbeanu up front. He did brilliantly to tee up Harvie with 20 minutes to play but the Scot was blocked off as he went to pull the trigger while Harvie had another opportunity a minute later, crashing a long-range strike against the crossbar.

Baldwin came on for Watson and Troy Parrott replaced Corbeanu as Manning made his final two changes.

Six minutes of stoppage time were added and his side almost made sure of the points in the second of those but were twice denied by Bazunu.

Pompey then threw everything they had at the Dons’ defence but they stood firm to see out the remainder of the contest and head back to Stadium MK with a huge three points to their name. 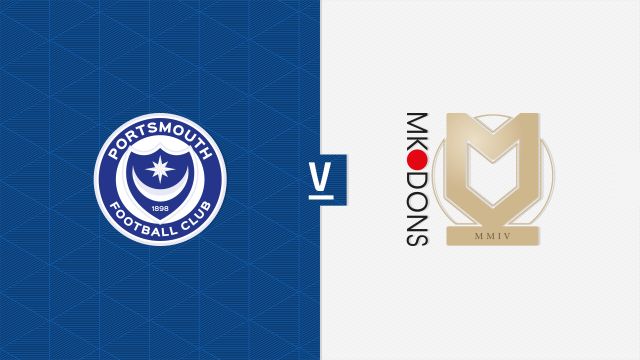 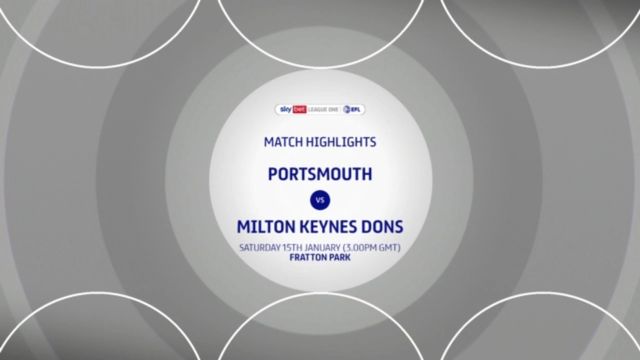 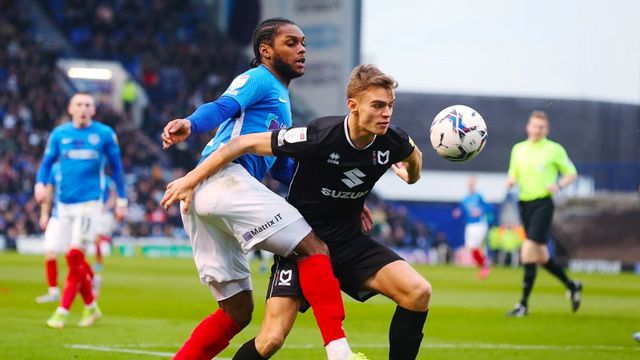