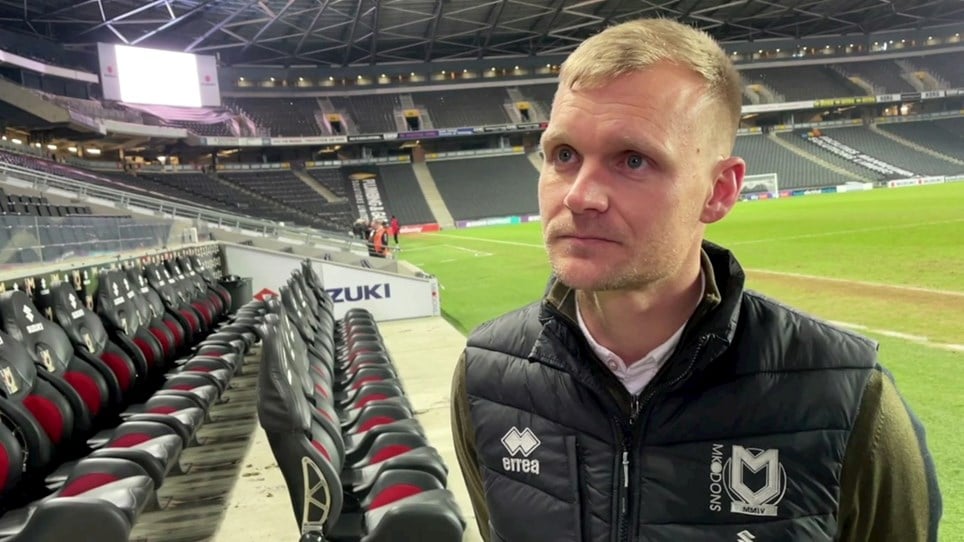 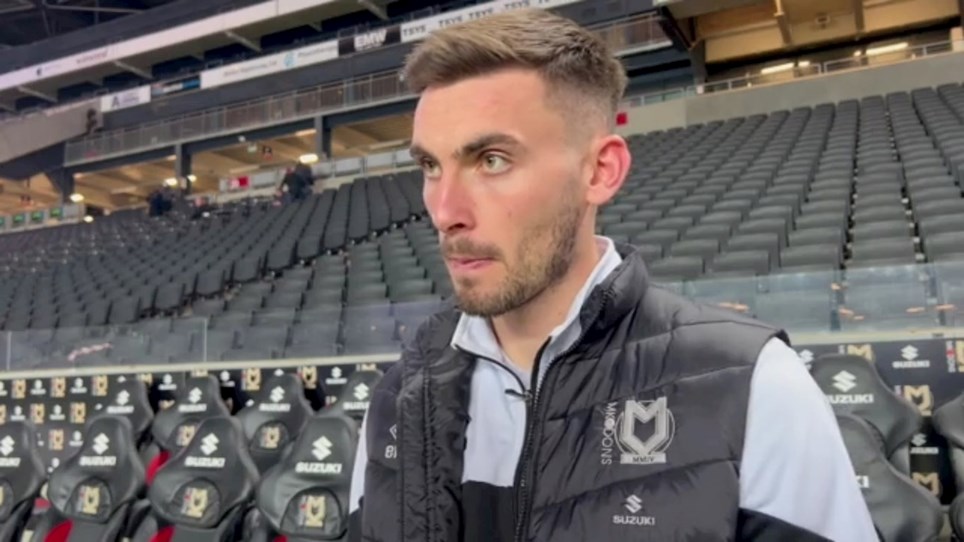 MK Dons fell to their first defeat in six games after they were beaten 1-0 by Doncaster Rovers at Stadium MK.

Despite a dominant home performance, Liam Manning’s Dons were undone by Joe Dodoo’s goal three minutes before the break.

They do, though, remain fifth in Sky Bet League One and have an immediate opportunity to bounce back on Tuesday when they travel to Burton Albion.

Team news
Conor Coventry was handed his MK Dons debut as Head Coach Liam Manning made three changes to his side.

There were also starts for Josh McEachran and Troy Parrott while Connor Wickham, signed on Friday, was amongst the substitutes along with Jack Davies, back from his loan at Oxford City.

First half
Theo Corbeanu was involved early, beating his man down the right flank and then finding Parrott, who was unable to get his cross into the box. A cross from the opposite wing, by Daniel Harvie, led to unsuccessful penalty shouts from the MK Dons players for a handball.

A vital tackle from Kyle Knoyle prevented Eisa racing through on goal from Parrott’s pass with eight minutes on the clock. The MK Dons number 10 then tried his luck from distance but saw his effort fly over the crossbar.

Louis Jones was forced into his first save on the quarter-hour mark – Twine the man who tested him with a low shot towards his near post. Jones produced another stop soon after to again deny the MK Dons number nine, who fired one on target from 25 yards out.

Parrott went close again shortly after but was denied by a terrific diving save from Jones. Corbeanu followed up with a strike that was blocked by a defender, moments before Parrott drilled just wide.

Corbeanu then saw another attempt deflected by a Donny player, which led to a corner from which Coventry had a glancing header cleared off the line.

Eisa had a brilliant opportunity to level the scores in first-half stoppage time but his header was saved at point-blank range by Jones. Twine also had a go before the break but couldn’t keep his 20-yard attempt down.

Second half
Corbeanu broke down the left as MK Dons made a fast start to the second half but Twine wasn’t able to get connection on his cross. Moments later, Parrott received a pass from Watson inside the area but struggled to create room for a shot and, when he did pull the trigger, found a defender in the way.

A Donny man also got in the way of Corbeanu’s cross, which looked destined to be turned home by Eisa inside the six-yard box. Jones then prevented Eisa having a chance to finish from Parrott’s cross with a well-timed interception.

On 56 minutes, Parrott shot over following some good footwork by Twine. Corbeanu kept his attempt on target six minutes later but saw it gathered low by Jones.

Manning turned to his bench with a quarter of an hour left to play, handing Wickham his debut as well as bringing on Hiram Boateng. Wickham was involved as the Dons almost levelled in the unluckiest of circumstances, only for a goal-line clearance to spare Jones’ blushes.

There were chances late on – two of which were Twine free-kicks that were both saved by Jones. Substitute Wickham had the final opportunity but could only the find the side netting from a tight angle.

Tickets for MK Dons' upcoming Sky Bet League One fixture with Doncaster Rovers are available to buy from the Box Office and online.

Liam Manning's side welcome Donny to Milton Keynes on Saturday 22 January, looking to secure another home victory. Kick-off is at 3pm.

TRAVEL
Parking at Stadium MK can be booked in advance, at a reduced cost of £7 with a £1 booking fee – CLICK HERE to book!

Parking on the day of the game is priced at £10.

BUY
To book tickets CLICK HERE, visit the Box Office at Stadium MK or call 01908 622922. Tickets will be available to buy right up until kick-off from the Box Office.