Manning: Delight for the supporters


Liam Manning was delighted to secure a big three points for the MK Dons supporters in Tuesday’s clash with AFC Wimbledon at Stadium MK. MK Dons moved up to fifth in Sky Bet League One with a 1-0 victory over AFC Wimbledon at Stadium MK.

Matt O’Riley’s goal on the half-hour proved the difference in a contest that Liam Manning’s men dominated and comfortably saw out.

Team news
Theo Corbeanu was handed his MK Dons debut as Liam Manning made four changes from the weekend draw with Accrington Stanley.

Franco Ravizzoli also came in for his maiden EFL appearance while Tennai Watson and Ethan Robson return to the starting XI. Scholar Ronnie Sandford was on the bench.

First half
AFC Wimbledon saw most of the ball for the opening exchanges though it was the Dons who had the opening shot of the game on six minutes - Corbeanu was involved, delivering a cross for Darling who headed wide.

Shortly after, Scott Twine had a long-range attempt blocked by the head of Ben Heneghan. There was then a good opportunity for Corbeanu, played in by Eisa, but he also saw a defender get in the way of his shot - O’Riley fired over on the follow up.

On 26 minutes, the Dons threatened from a corner but neither Twine, nor Corbeanu, could find the target with their respective efforts. The chances kept coming, though, and eventually, with half an hour on the clock, they broke the deadlock.

Eisa showed great desire to close down and intercept Nik Tzanev before finding Twine who, in turn, picked out Watson in the box. Watson then teed up O’Riley and, after one touch out of his feet, the MK Dons number seven sent a left-footed shot into the corner of the net. 1-0.

AFC Wimbledon responded by creating a one-on-one chance for Ayoub Assal, who was denied by the feet of Ravizzoli. The Dons then survived successive corners from their visitors while a superb interception from Darling stalled another attack.

Their pursuit of getting back into the game, however, took a major blow with less than 10 minutes to play in the half when full-back Nesa Guinness-Walker was shown a second yellow card for a foul on Corbeanu, having earlier brought down Watson.

They did threaten an equaliser shortly after the red card, from a corner, but were denied by Ravizzoli. At the other end, the Dons almost capitalised on another loose kick from Tzanev but one of the AFC Wimbledon defenders was able to get back and clear.

Manning’s men did threaten a second before half-time. Watson and Twine both had goal-bound strikes blocked bravely while Harvie sent a dipping half-volley just wide of the far post.

Second half
The Dons made a strong start to the second period but had to wait 10 minutes before testing Tzanev – O’Riley forcing a diving save with a left-footed shot across goal from Twine’s lay-off.

AFC Wimbledon had their first second-half chance on 59 minutes with a long-range attempt by Anthony Hartigan which was watched wide by Ravizzoli. At the other end, Corbeanu went close with a volley saved by Tzanev from O’Riley’s cross.

Tzanev got down well to keep out Harvie’s low drive on 67 minutes while he did brilliantly to keep out Twine, after he had beaten two players inside the AFC Wimbledon box.

Twine had another opportunity with 11 minutes to play but was denied at the far post by a block. Corbeanu then grazed the far post with a dazzling strike from the corner of the box.

AFC Wimbledon threatened moments later with Rudoni but his header was comfortably collected by Ravizzoli.

The visitors created a nervy finish with a relentless pursuit of an equaliser. Cheye Alexander did go very close with two long-range efforts – his final one, sailing wide, the final kick of the game.

Manning: Delight for the supporters


Liam Manning was delighted to secure a big three points for the MK Dons supporters in Tuesday’s clash with AFC Wimbledon at Stadium MK. 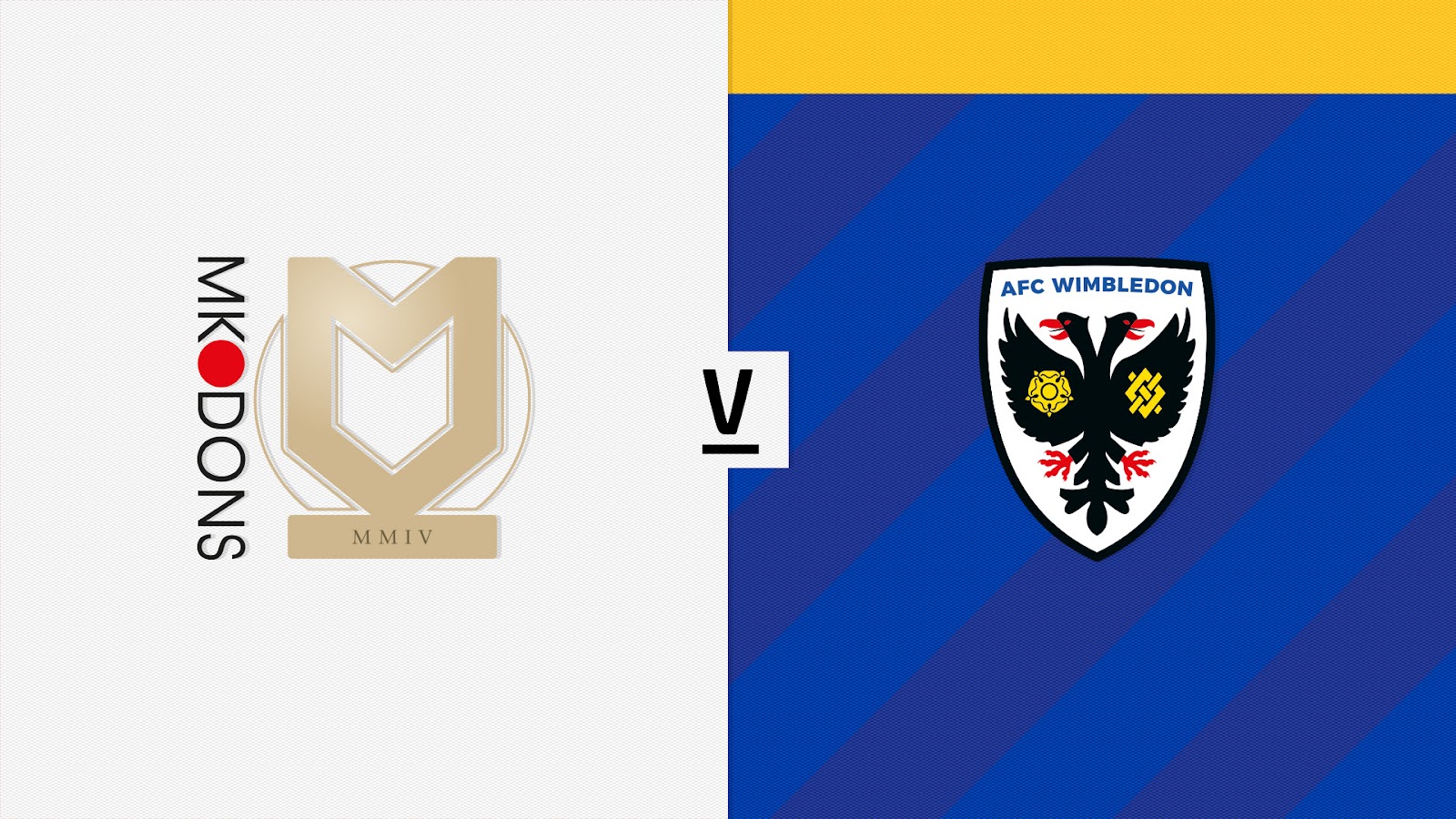 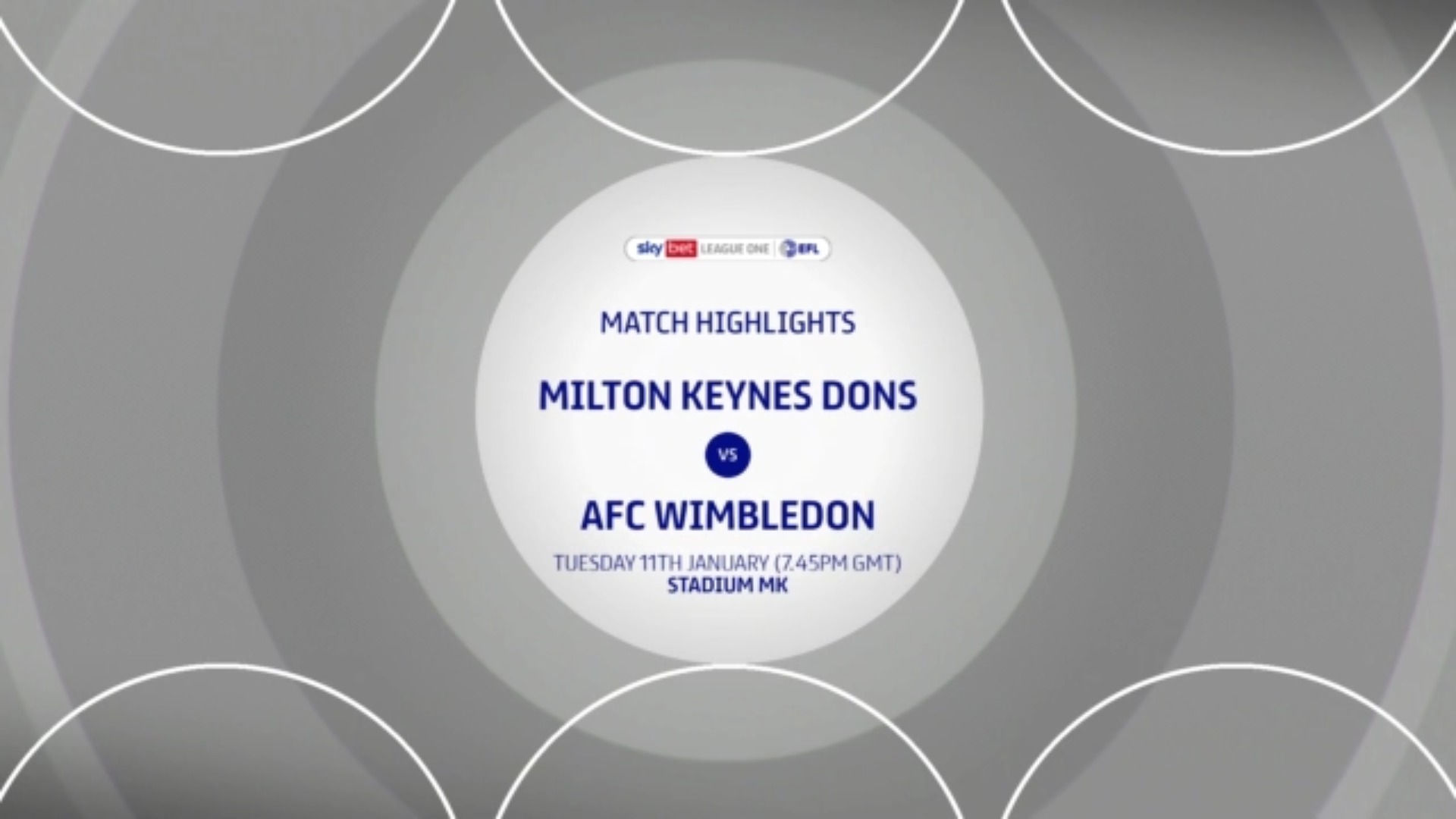 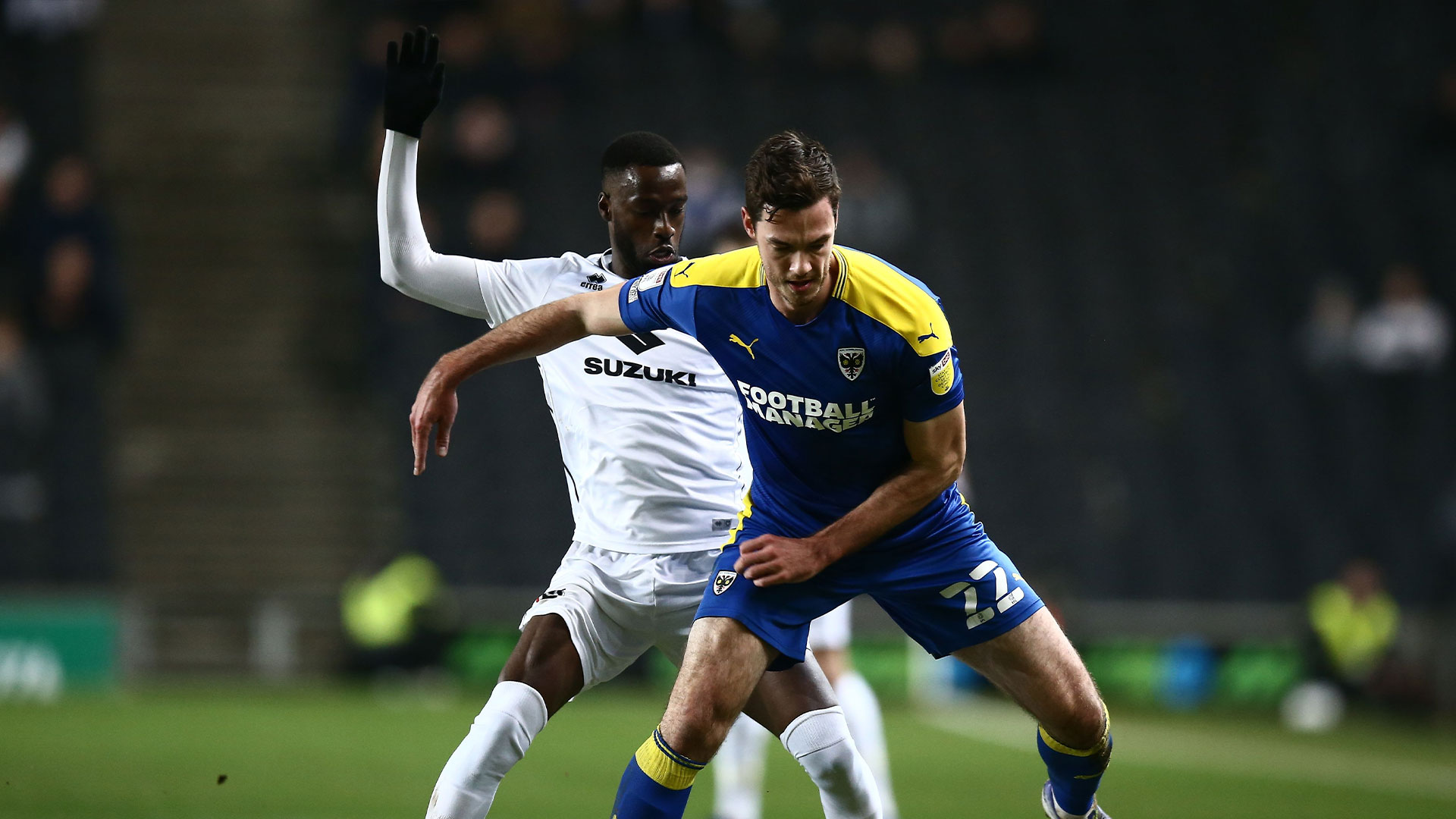