Liam Manning says the way in which is side exited the Papa John’s Trophy has left a bitter taste.

Liam Manning's men controlled most of the contest at The Valley, going closest through David Kasumu in the second half while they should have also had a penalty before the break.

Leko, though, headed in a late winner from close range to end the Dons' involvement in the competition.

TEAM NEWS
Liam Manning made eight changes from the side that drew with Gillingham at the weekend, with a return to the side for Jay Bird following his loan at Wealdstone.

FIRST HALF
MK Dons had the best of the opening 10-minutes with both David Kasumu and Hiram Boateng testing the keeper – Nathan Harness was on hand to deny Liam Manning’s side on both occasions.

Jules then drove through the Charlton midfield before finding Eisa, his first touch took him inside, however, his curling strike was blocked by Inniss.

Charlton’s first chance of the game came from a dubious free-kick, Kirk’s effort was straight at Ravizzoli who saved comfortably.

Shortly after, Watson went close for Charlton, his effort was blocked by Robson before making its way through to Ravizzoli.

As the game approached 25-minutes, Jay Bird had his first chance of the game. Space opened up for the Academy Graduate after a clever one-two, but his effort curled wide.

Bird then looked to turn provider as MK Dons turned defence into attack, Darling blocked Leko’s clearance into the path of Bird who freed Eisa on the halfway line. Eisa managed to get past his marker, but his effort was tipped behind for a corner. Harness was brave from the corner as he punched clear under pressure.

Mason Burstow then looked to catch Ravizzoli off-guard from distance, the Argentine was equal to his effort and saved down to his right.

The Dons were then denied a clear penalty with the first-half drawing to a close, Tennai Watson was in on goal and received a push in the back, despite trying to keep his footing, Watson went to ground only to not be awarded a spot-kick.

With the last chance of the first half, Charlton looked to have an easy chance to open the scoring, however, Jules was on hand to intercept a pass intended for Leko.

SECOND HALF
It was Charlton's Jonathan Leko who had the first chance following the break after he was freed by Charlie Kirk, Leko cut inside before firing towards goal - Ravizzoli was on hand with an important save.

Souare then found himself with time to cross on the left and delivered a looping cross into the box with Blackett-Taylor unable to keep his effort down.

On the hour, the Dons had appeals for a penalty once again turned away as Eisa went down under pressure following good football on the edge of the box.

Harness then produced the save of the evening to deny Kasumu, the chance came about after some clever passing from Manning's side as Watson cut back into the path of the Midfielder. The Charlton keeper denied Kasumu from 8-yards before the rebound was put wide.

Harness was once again on top form, this time denying Eisa's powerful effort after the striker was freed by Kasumu.

Henry then looked to curl an effort past Ravizzoli, but the Dons keeper turned behind at the last moment at full stretch.

In the dying embers of the game, though,  Leko won the tie for the hosts as he headed home from Souare's cross. 1-0.


Liam Manning says the way in which is side exited the Papa John’s Trophy has left a bitter taste. 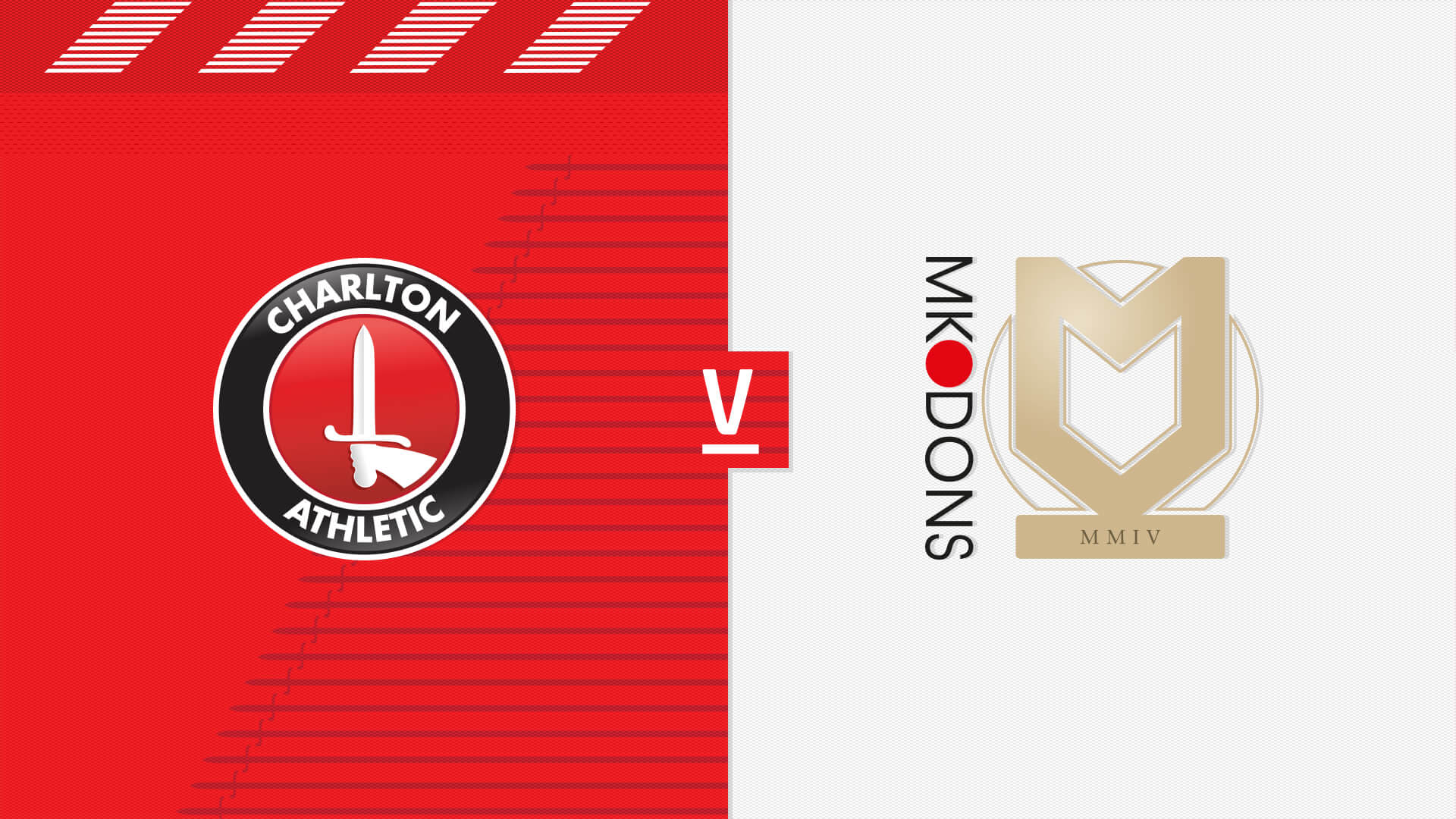 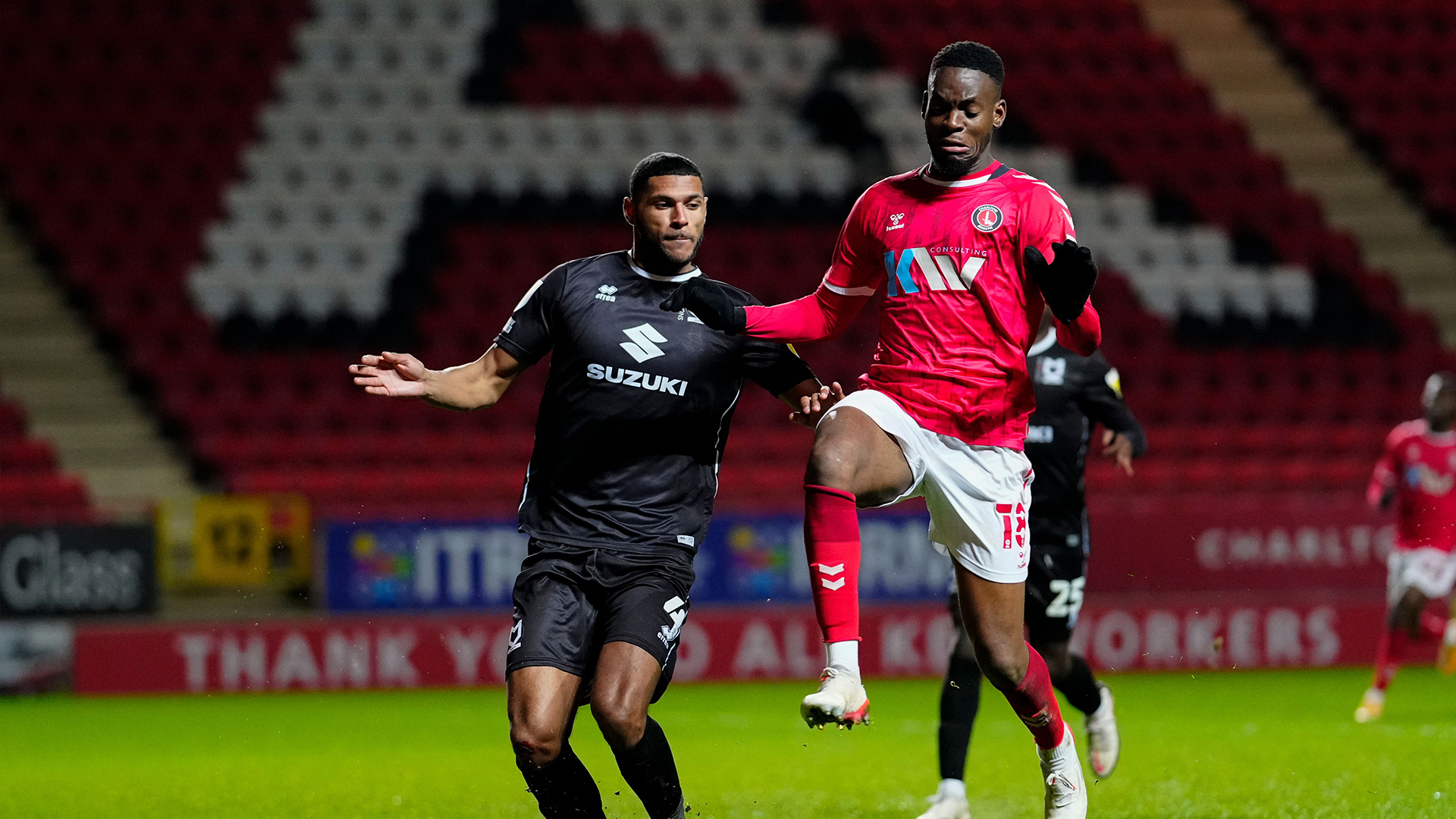