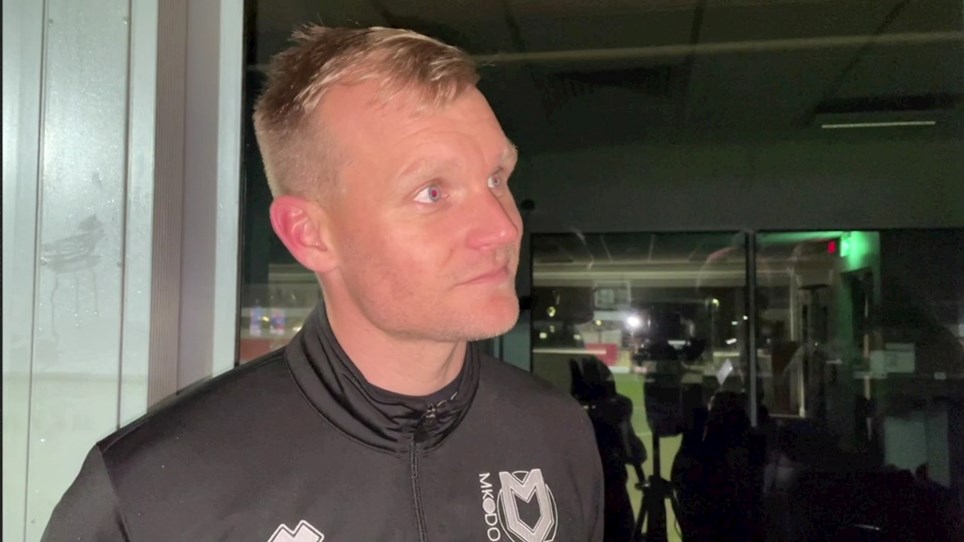 MK Dons were held to a 1-1 draw by Fleetwood Town on a sodden evening at Highbury Stadium.

Liam Manning’s men went in front through Harry Darling’s 12th-minute header but saw that goal cancelled out by Paddy Lane’s strike early in the second half.

With the point, the Dons remain third in the Sky Bet League One table but they are now level with second-place Wigan Athletic, behind them only on goal difference.

Team news
Matt Smith and Kaine Kesler Hayden were handed their MK Dons debuts, while there was a start for Mo Eisa, as Liam Manning made three changes to his starting XI.

First half
As both teams looked to adjust to playing in difficult conditions, Fleetwood worked an early shooting chance for Danny Andrew, 25 yards from goal, but he failed to keep his long-range effort down.

The Dons then got Kesler Hayden involved for the first time down the right, though his ball inside for Scott Twine got stuck on the wet surface and the home side cleared. Andrew then had another try for the hosts but blazed over.

On 11 minutes, Conor Coventry won the Dons a free-kick five yards from the right apex of the penalty area and from it, they took the lead. Twine’s delivery was inch-perfect for Darling, who held off his marker and directed a header into an unmanned right corner of the goal. 0-1.

Smith got in the way of a fierce strike from Dan Batty as the hosts threatened an equaliser seven minutes later. At the other end, on the half-hour mark, Smith lifted a ball over the top for Eisa, whose shot was saved by Alex Cairns.

Eisa almost had another opportunity soon after, from Twine’s knockdown, but Tom Clarke just managed to beat him to the ball. There was then an opening for Troy Parrott, pouncing on a loose touch, but his right-footed attempt was blocked by a defender.

The weather and sodden pitch was making it difficult for either side to truly get into any sustained rhythm but the Dons were the team who managed best in the first half and they went close to a second goal in stoppage time through Kesler Hayden, whose long-range drive flashed just wide. The half-time whistle blew soon after that.

Manning’s men regained control after that but weren’t able to work a shot on goal until the 63rd minute when Twine fired wide from 30 yards out. Twine then played in Parrott who was able to get his effort on target but couldn’t beat Cairns.

Connor Wickham and Tennai Watson were brought off the bench with just under 20 minutes to play. Wickham’s attacking partner, Parrott, had a try moments after the double substitution but couldn’t work it through a crowd of Fleetwood bodies.

With two minutes to play, Twine sprung the offside trap and rounded Cairns but wasn’t able to get a shot away. It was a good chance at a late winner and the final chance, as the game ended all square. 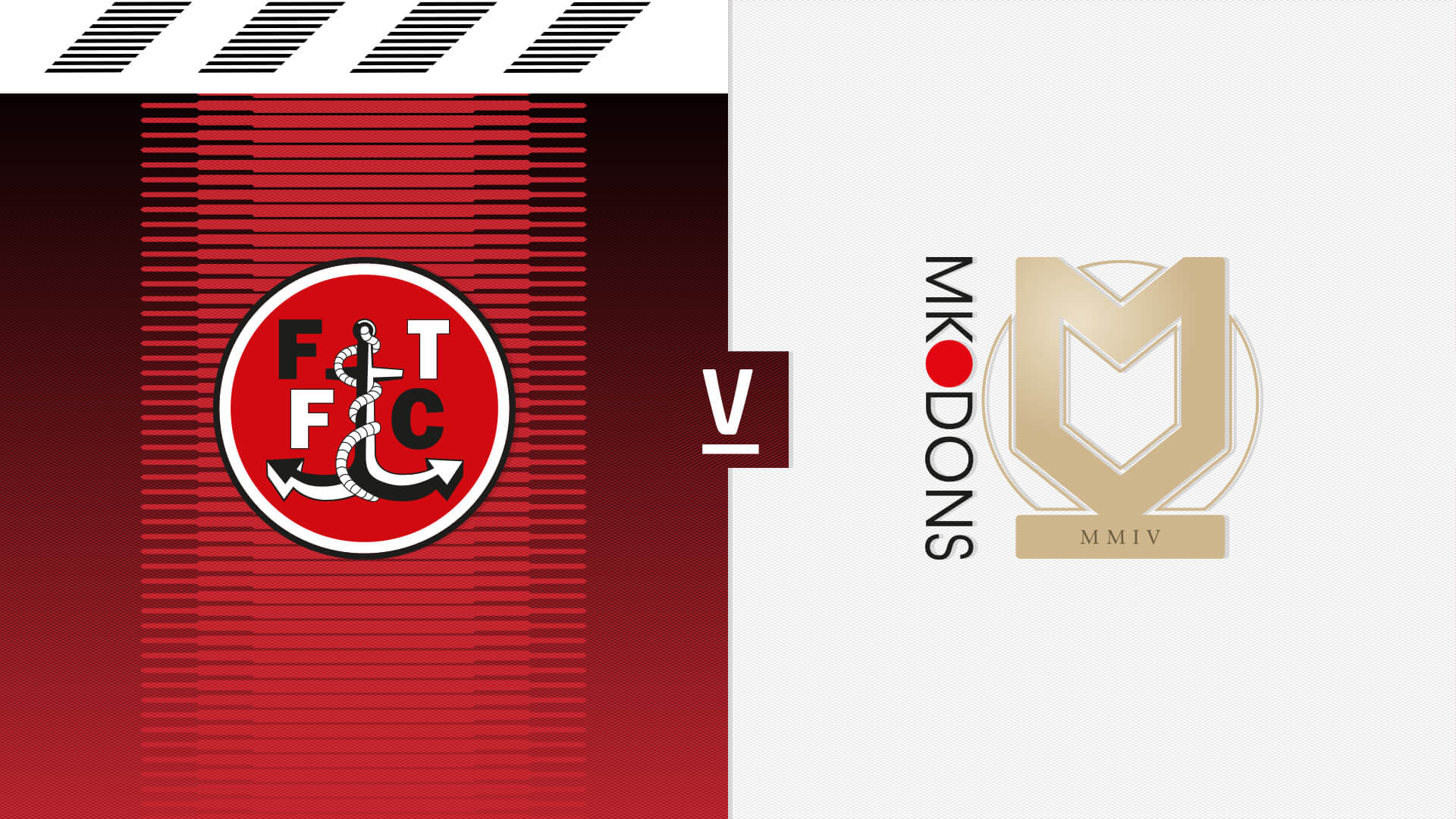 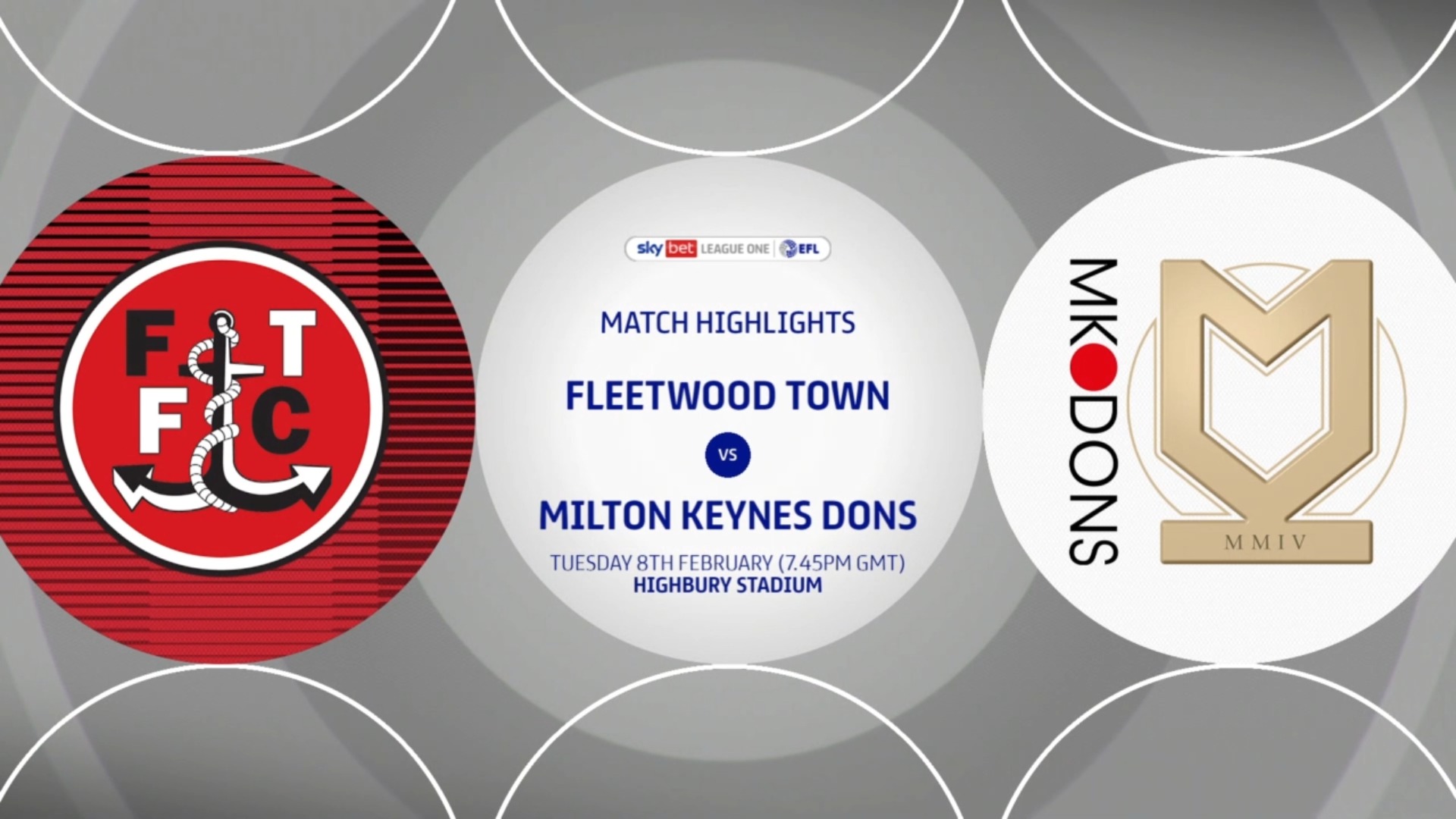 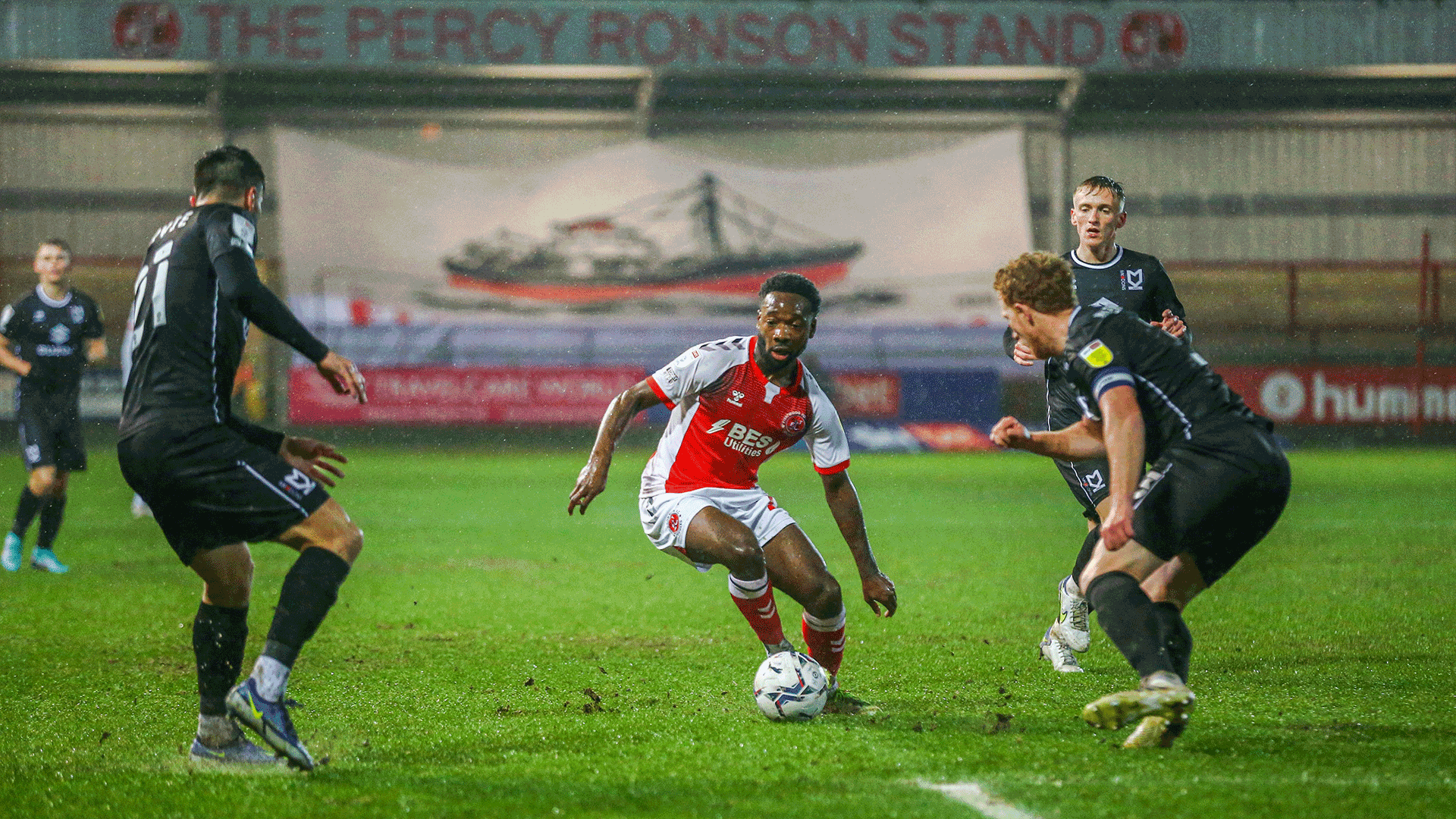