Liam Manning was accepting of a point following Wednesday’s 1-1 draw with Plymouth Argyle at Stadium MK. MK Dons and Plymouth Argyle shared the spoils in front of the Sky Sports cameras, after a 1-1 draw at Stadium MK.

Liam Manning’s men took the lead after 21 minutes thanks to Tennai Watson’s first career goal but that was cancelled in the second half by Conor Grant.

The point keeps the Dons seventh in the Sky Bet League One table ahead of their meeting with sixth-placed Oxford United on Saturday.

Team news
MK Dons were forced into one change from the win over Morecambe as Tennai Watson replaced Peter Kioso, who was out through Covid protocols.

First half
The Dons enjoyed the better of the opening 10 minutes but their only chance on goal was a long-range effort from Scott Twine which was blocked before even reaching the penalty area.

Plymouth responded with a shot of their own from distance – a drive by Panutche Camara which flew harmlessly over the crossbar.

Manning’s men then went close with a chance for Mo Eisa, pouncing on a loose touch, but his shot was saved by Mike Cooper. They were in again a minute later and, from this opportunity, they broke the deadlock.

It started all the way back with Andrew Fisher, who picked out Twine brilliantly with a long pass forward. Twine judged the bouncing ball well and slotted in Watson, who kept his composure to send home his first career goal. 1-0.

Plymouth almost levelled within a minute of the goal but Fisher produced a diving save to deny Conor Grant. At the other end, Matt O’Riley threatened a second for MK Dons but saw his curling left-footer go just wide – the final chance of a tight first-half encounter.

Second half
MK Dons returned for the second period without Harry Darling, who appeared to pick up an injury shortly before the break – Aden Baldwin replaced him.

The visitors started the second half well, putting Manning’s men under pressure for most of the opening 20 minutes. Their pressure eventually told when Grant rifled home through a crowded box, after MK Dons weren’t able to deal with a cross in from the left-hand side. 1-1.

Manning went to his bench before the re-start and replaced McEachran with Troy Parrott. The Irishman almost had an immediate impact but, after being played into the box, his fierce left-footed shot crashed against the underside of the crossbar.

Fisher got down well to claim a dangerous low cross with 12 minutes to play. Shortly after, Eisa went within an inch of connecting with Harvie’s driven delivery across the face of goal.

On 81 minutes, Eisa had another opportunity from a Parrott set-up but he shot straight at Mike Cooper from 15 yards. Daniel Harvie then tried his luck with a right-footed attempt which flashed past the post.

Lewington was forced to head clear off his goal line with three minutes to play as the visitors threatened from a corner. He and his MK Dons teammates then watched on as substitute Jordon Carrick struck the post with a curling shot.

That was the final chance of note as the two sides were forced to settle for a point – probably a fair reflection on what was a tightly-contested match.


Liam Manning was accepting of a point following Wednesday’s 1-1 draw with Plymouth Argyle at Stadium MK. 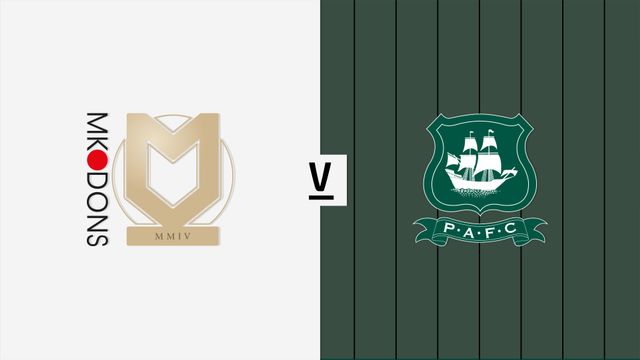 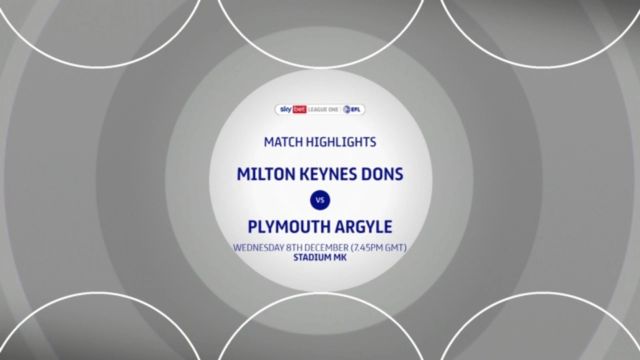 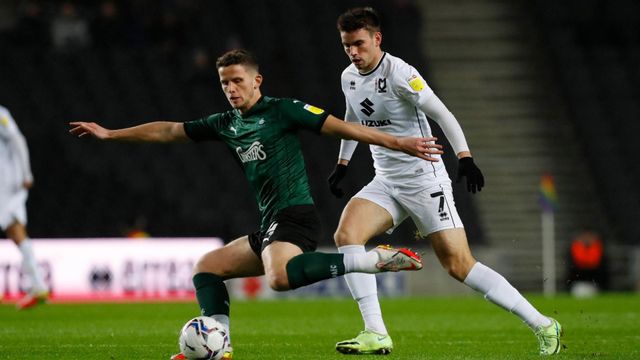