Scott Twine said he and his teammates never wavered in their belief that they could win their Boxing Day match with Lincoln City, despite falling two goals behind at the LNER Stadium.


Liam Manning hailed the character of the MK Dons squad following their stunning comeback at Lincoln City on Boxing Day.

MK Dons produced a stunning second-half turnaround to come back from two goals down to beat Lincoln City 3-2 at the LNER Stadium.

An own goal from Warren O’Hora and Chris Maguire’s penalty had the home side ahead at the break but three goals in the final half an hour – including a Scott Twine brace – saw the Dons snatch all three points and move back to within a point of the play-off places.

Team news
MK Dons made four changes from the visit of Oxford United as Harry Darling, Scott Twine, Mo Eisa and Peter Kioso all came in to the starting XI. David Kasumu was back from injury too and was among the substitutes.

First half
MK Dons were presented with a decent opportunity just 30 seconds in but Twine fired just wide of the post with his 20-yard try.

Lincoln then created their first chance of the game and took the lead from it, as Warren O’Hora inadvertently diverted Hakeem Adelakun’s cross into his own net. 1-0.

Things went from bad to worse for the Dons just four minutes later after a penalty was awarded in the hosts’ favour for a handball by Daniel Harvie, who grabbed for the ball after he felt he had been unfairly pushed over inside the box. Maguire made no mistake with the spot-kick to double Lincoln’s lead. 2-0.

In response, the Dons worked the ball deep into Lincoln territory and although Harvie’s cross was able to reach Kioso, his touch was too heavy and the chance went begging. Harvie sent another ball into the box on the quarter-hour mark but this delivery was claimed by Josh Griffiths.

On 21 minutes, Twine played a ball through to Eisa but, from a tight angle, he could only find the side netting. At the other end, Lewis Fiorini went close with a first-time effort deflected over by Darling.

Eisa tried his luck again with 27 minutes played with a long-range strike which Griffiths spilled but saved. From a corner soon after, Kioso headed just wide at the far post while Twine, too, went close before the break with a deflected, looping strike which was tipped over the bar.

Second half
Maguire forced a save out of Fisher direct from a free-kick 10 minutes into the second half. The Dons then had a free-kick of their own which Twine took – his effort, though, was saved by Griffiths.

Twine had another opportunity shortly after and this time he made no mistake to draw the Dons within one. Eisa provided the assist, getting a touch to Boateng's pass to send it into the path of MK Dons’ number nine, who kept his composure one-on-one to slot past Griffiths. 2-1.

With their tails up, Manning’s men went close to an immediate second but Eisa’s improvised attempt, from O’Riley’s cross, landed over the bar.

Troy Parrott, meanwhile, entered the contest in place of Boateng and he threatened within minutes of his introduction, weaving his way into the penalty before seeing a left-footed shot saved by Griffiths. He was then denied a shot on goal by a terrific sliding tackle from Cohen Bramall.

Lincoln wasted a glorious opportunity to re-establish their two-goal lead when Fiorini somehow failed to find the net with the goal at his mercy from Anthony Scully’s cutback.

The Dons made Fiorini and Lincoln pay for that missed chance as they drew level less than a minute later. Eisa had the initial effort which was blocked and cleared only as far as O'Riley, who sent a first-time finish through the crowd of defenders and into the bottom left-hand corner. 2-2.

Twine almost put the Dons in front with 13 minutes remaining but his free-kick was brilliantly saved by Griffiths, full stretch diving to his right. Soon after, Lincoln went close themselves but Fisher showed great bravery to dive low at the feet of Freddie Draper and prevent the substitute connecting with a teasing low cross.

The game was finely poised heading into the closing stages but it was the Dons who would snatch all three points in the final minute of regulation time. Twine was their match-winner as he showed great skill inside the area to bring Kioso's pass under control and send an effort towards goal - one which deflected off the head of Regan Poole and looped its way past a wrong-footed Griffiths and into the back of the net. 2-3.


Scott Twine said he and his teammates never wavered in their belief that they could win their Boxing Day match with Lincoln City, despite falling two goals behind at the LNER Stadium.


Liam Manning hailed the character of the MK Dons squad following their stunning comeback at Lincoln City on Boxing Day. 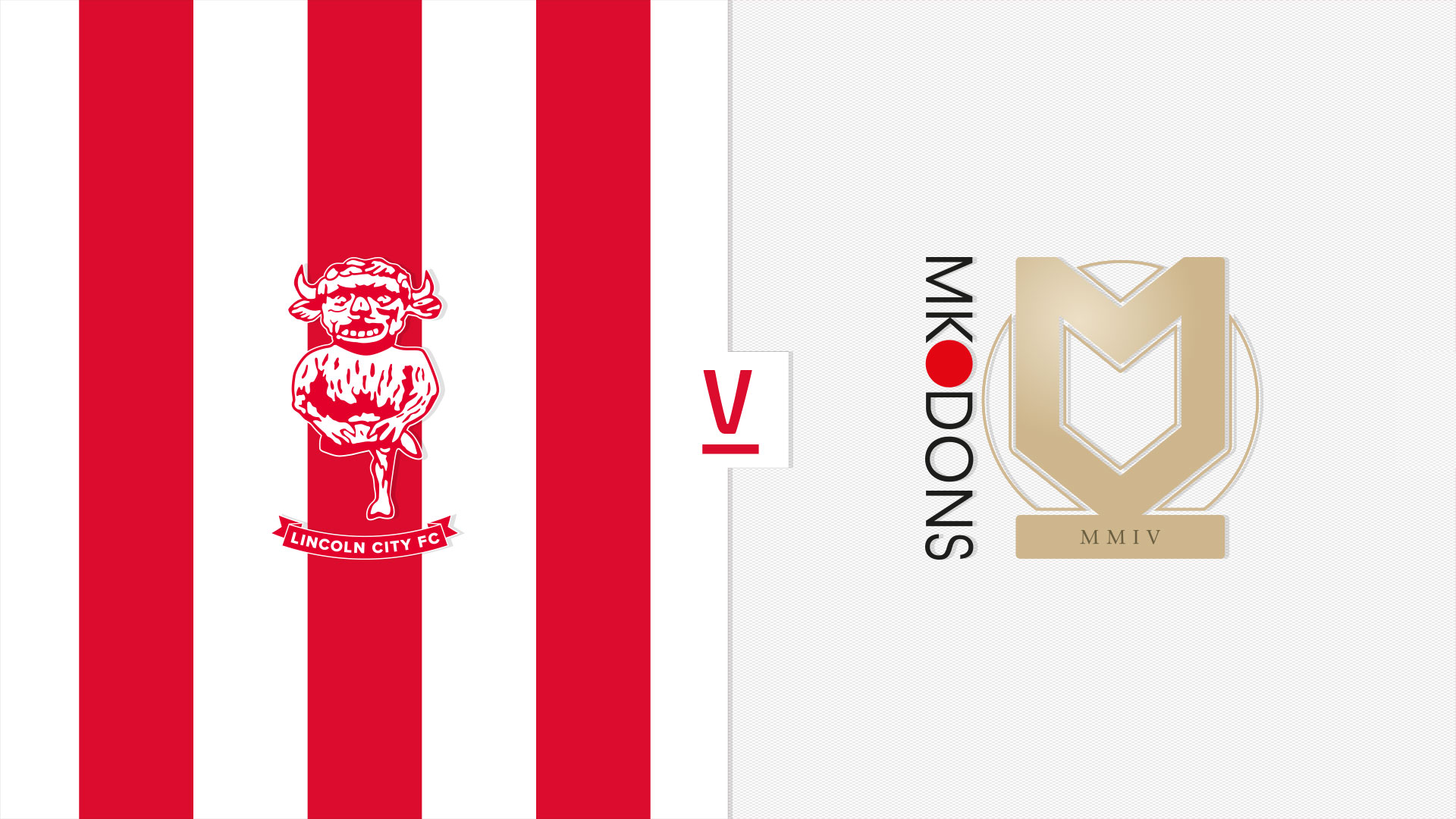 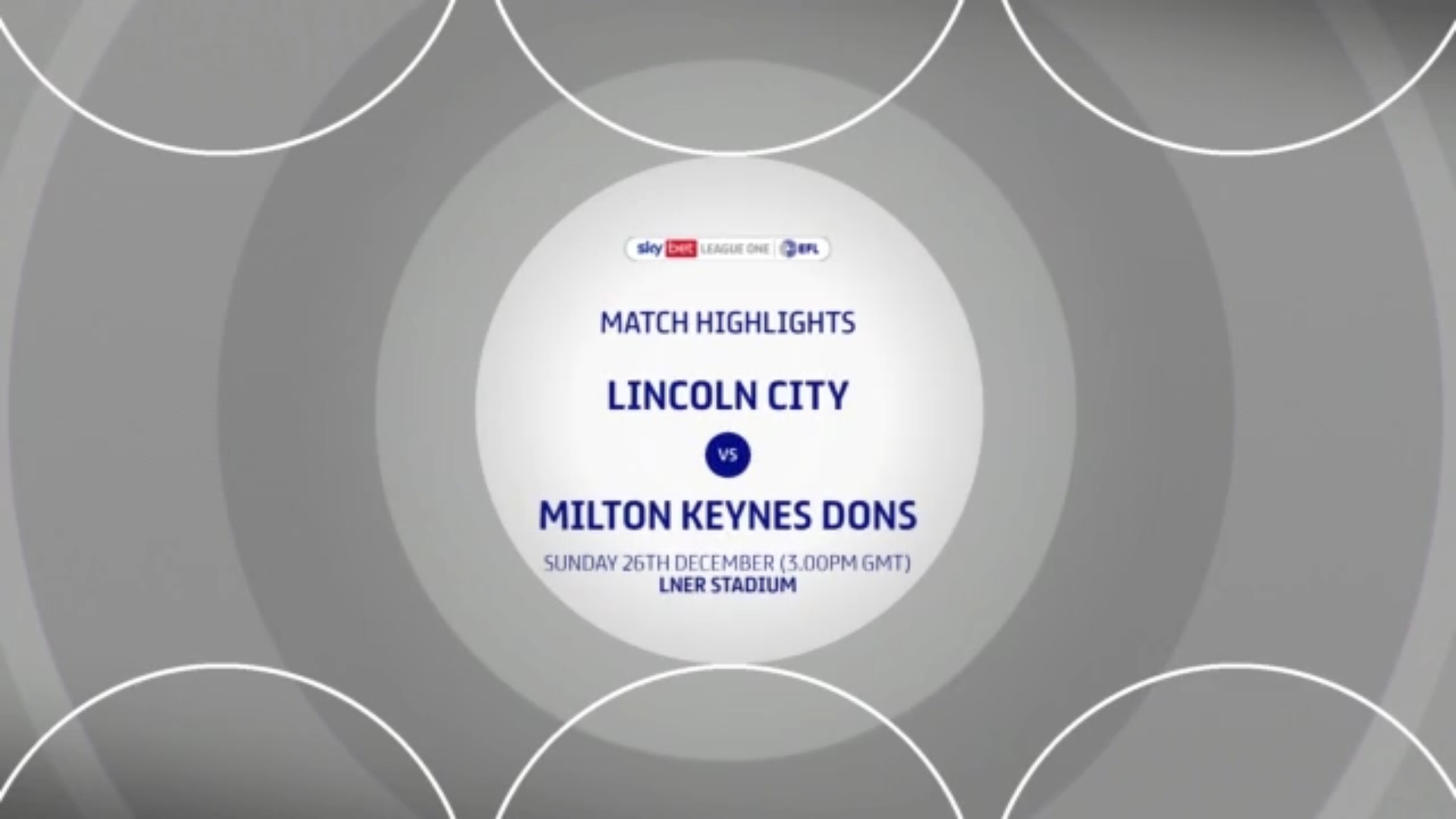 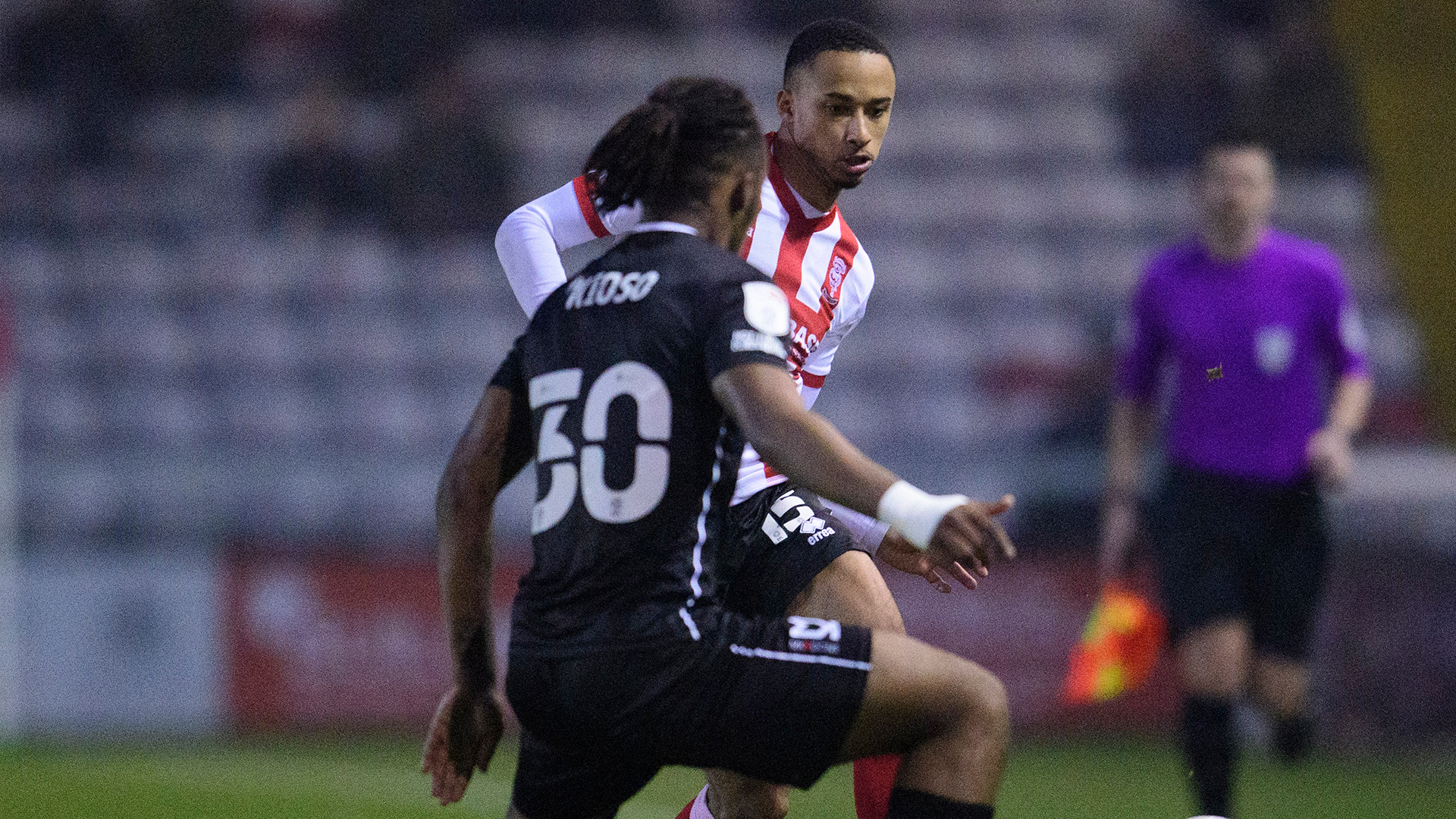