Twine happy as Dons find a way to win


Scott Twine admits MK Dons weren’t at their best on Saturday but was pleased to see the team show the resolve needed to come away with all three points. 
A look at the numbers behind Saturday's 2-0 victory over Accrington Stanley... Manning: A win in a different way


Liam Manning believes MK Dons have shown they have what it takes to fight and battle for three points. MK Dons made it back-to-back Stadium MK victories thanks to a 2-0 triumph over Accrington Stanley.

Liam Manning’s men went in front on the stroke of half-time through Mo Eisa’s cool one-on-one finish before Matt O’Riley made sure of the points with five minutes to play, slotting home from Hiram Boateng’s cross.

The win makes it seven points from four games for Head Coach Manning, whose side, now sitting 11th, turn their attention to the Papa John’s Trophy in midweek.

Team news
MK Dons made one switch from the 2-2 draw at Ipswich Town, as Daniel Harvie returned to the starting XI. He replaced Zak Jules, who was on an otherwise unchanged bench.

First half
It was Liam Manning’s Dons who had the game’s first shot, six minutes in – Scott Twine was the man with the effort, which he dragged wide from 25 yards out.

Six minutes later, Accrington threatened for the first time as Colby Bishop saw his deflected half-volley loop over Andrew Fisher’s goal. Soon after, the visitors worked an opportunity for David Morgan, who failed to find the target from range.

There was a huge let off on the quarter-hour mark when Dion Charles beat the offside trap and raced through on goal. He clipped is shot over Fisher but fortunately for the Dons, the ball skidded past the post.

Manning’s men responded by playing in Troy Parrott down the left. He cut inside and delivered for strike partner Mo Eisa but the ball flew over is his head and out for a goal kick.

Eisa had his first sight of goal with 18 minutes played, latching onto a through pass before firing over the bar with his try from the edge of the area. At the other end, Fisher claimed a dipping effort from Accy skipper Sean McConville.

The Dons were awarded a free-kick just prior to the half-hour mark following a foul on Eisa. Twine took it but laid it on for Harry Darling, who scythed wide.

It looked as though the half was to end goalless but with 20 seconds remaining in regulation time before the break, MK Dons edged in front.

Dean Lewington started it with a pass into Parrott who, in turn, found Eisa. The striker still had work to do on the edge of box but he was up to the mark, beating Nottingham with a neat turn before opening up and slotting past James Trafford. 1-0.

Accrington had one final chance deep in first-half stoppage – a Harry Pell header from a free-kick which Fisher watched over his crossbar.

Second half
Accrington, in search of an early equaliser, struck the side netting two minutes into the second half.

The Dons then went agonisingly close to a second but Parrott was denied at point-blank range by Trafford, who had parried Eisa’s initial effort.

That proved to be Eisa’s final involvement, after appearing to sustain an injury in the attack. After a period of treatment, he was replaced by Josh McEachran.

With an hour on the clock, Watson went close to doubling the Dons’ lead with a low drive that whistled wide of the post. At the other end, Fisher jumped through a crowded six-yard area to gather a Harvey Rodgers header.

Ten minutes later, Parrott had an opportunity to double the advantage after latching onto Fisher’s long pass forward. With Trafford off his line, Parrott went for the lob but the Accrington goalkeeper managed to get a hand to it and save.

There was a moment of controversy with 18 minutes to play when Robson was brought down on the edge of the area. Despite the free-kick being awarded, referee Declan Bourne chose not to show Pell a second yellow card – much to the frustration of the home fans.

Twine’s free-kick was blocked by the Accrington wall, shortly before the visitors had their heads in the hand after Mumbongo somehow failed to hit the target when well-placed inside the area.

Hiram Boateng replaced Robson for the final 10 minutes – he was the target of a low Twine cross moments after coming in, but the ball through was intercepted by a diving Trafford.

Boateng was able to get on the ball again soon after and this time, the Dons were able to find their second goal.

The substitute raced onto a ball played down the left channel before looking up and spotting the run of O’Riley. His pass was then weighted perfectly for the Dons’ number 7 to latch onto and calmly slot home for 2-0.

That was game set and match for the Dons as goals in each half earned them their second three points of the season.

Twine happy as Dons find a way to win


Scott Twine admits MK Dons weren’t at their best on Saturday but was pleased to see the team show the resolve needed to come away with all three points.


A look at the numbers behind Saturday's 2-0 victory over Accrington Stanley...

Manning: A win in a different way


Liam Manning believes MK Dons have shown they have what it takes to fight and battle for three points. 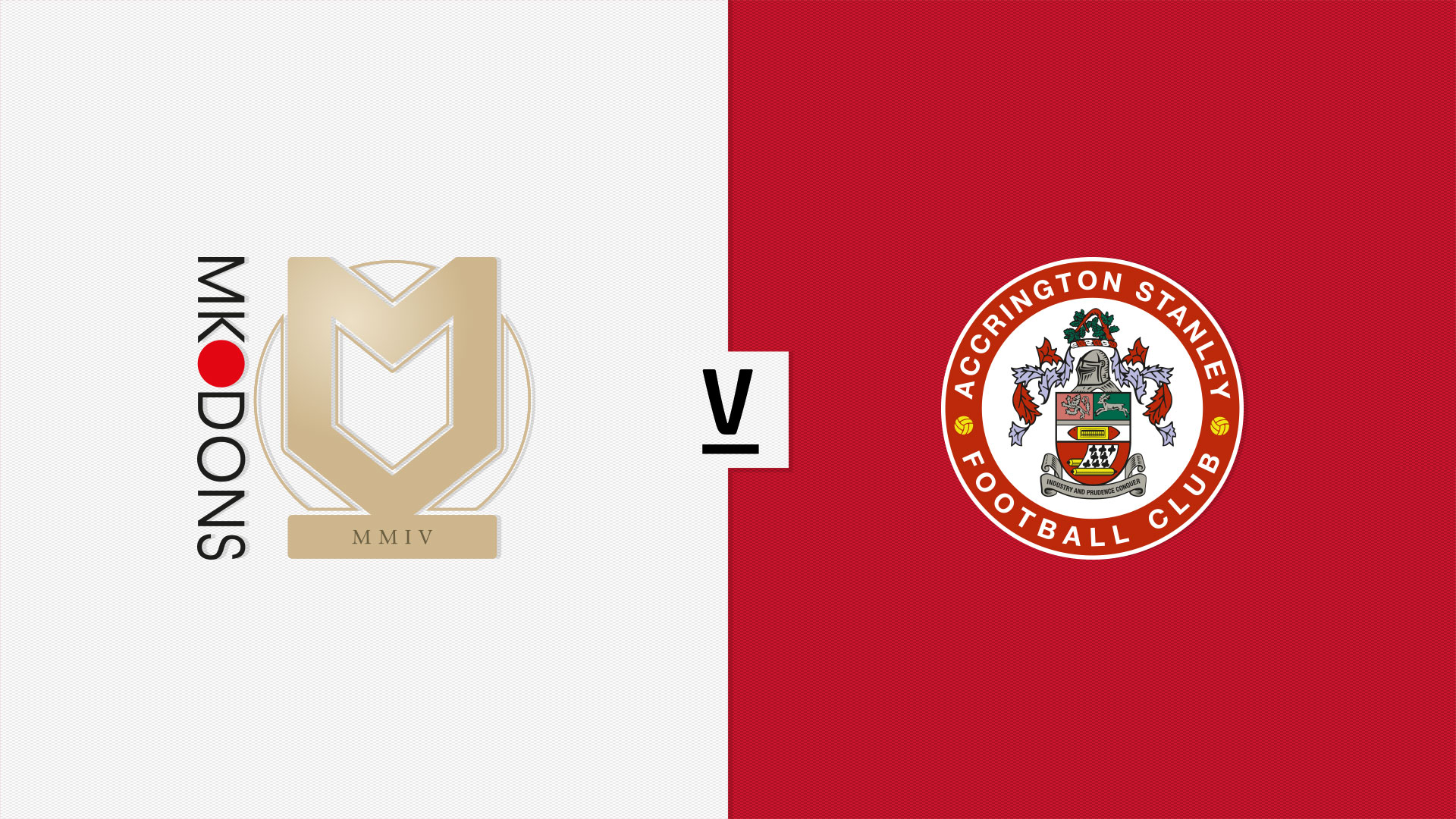 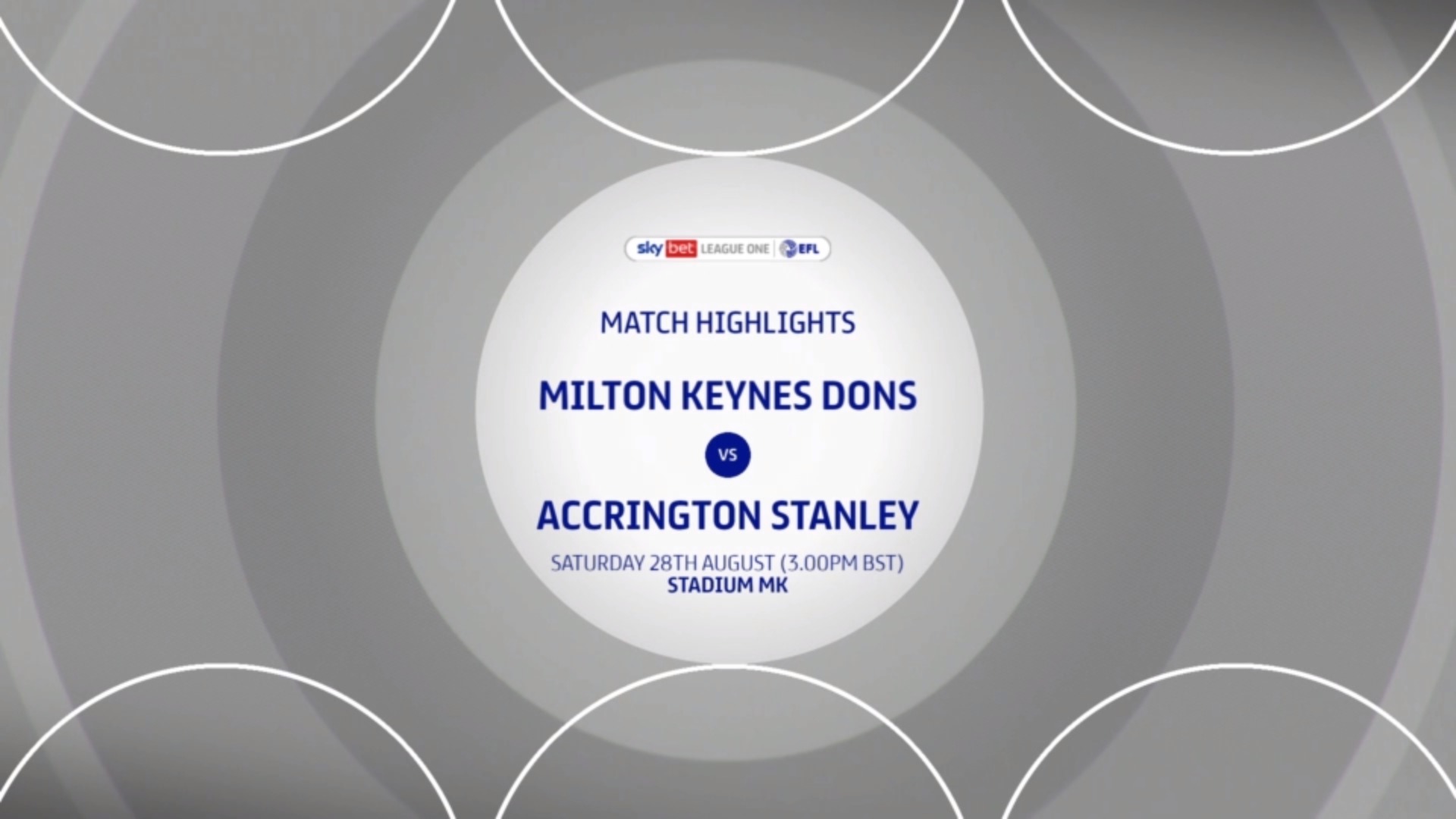 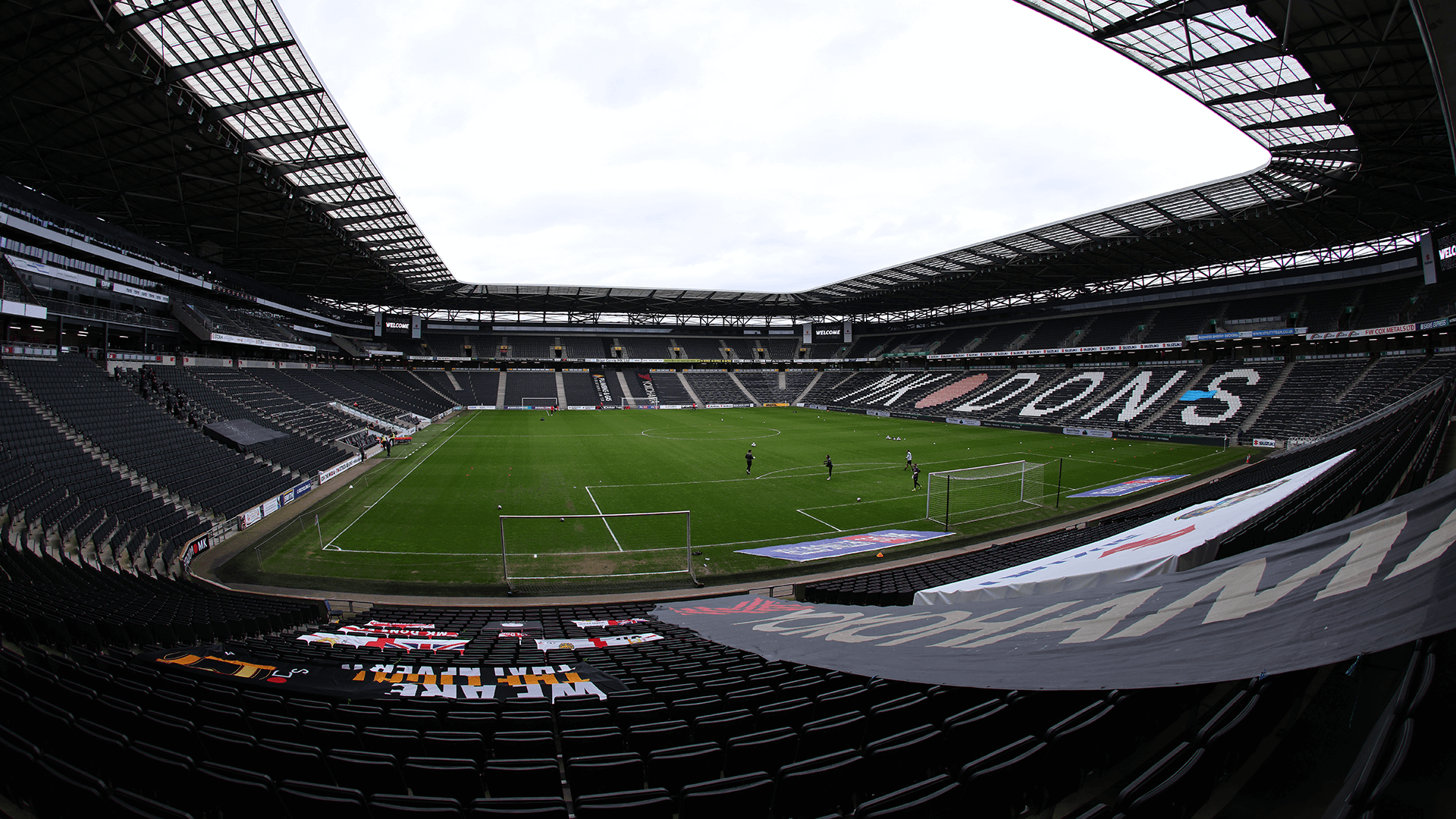