Liam Manning has called on his MK Dons side to use their Sheffield Wednesday disappointment as fuel for the remaining three games. 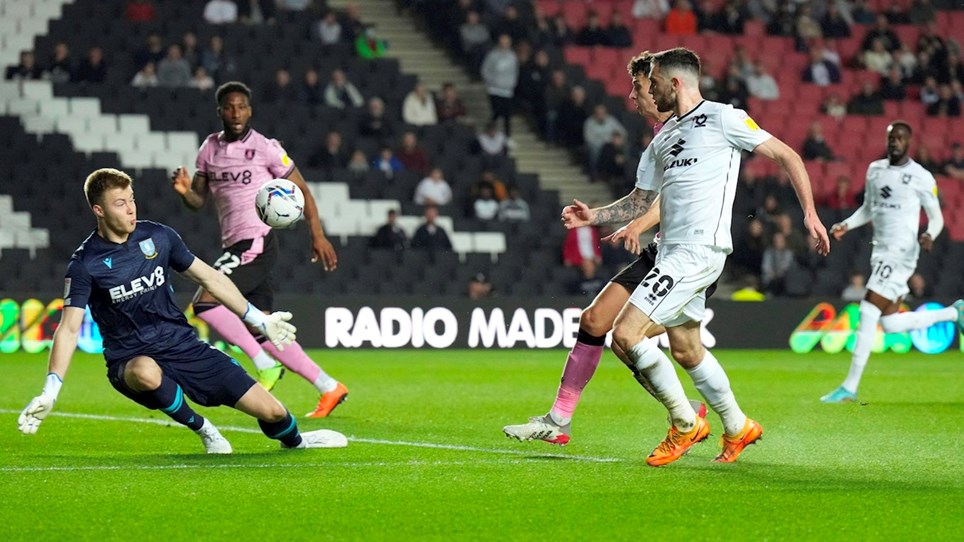 MK Dons saw their 15-game unbeaten run come to an end at Stadium MK as they were beaten 3-2 by Sheffield Wednesday.

Liam Manning’s men found themselves three goals down after half an hour courtesy of goals from Saido Berahino and Lee Gregory, as well as a stunning effort by Barry Bannan.

Troy Parrott pulled one back for the Dons five minutes before half-time and while Scott Twine added a second deep in stoppage time, they were unable to complete a dramatic comeback.

The defeat, coupled with results elsewhere in Sky Bet League One on Saturday, sees Manning’s side fall to third in the table, behind Rotherham United on goal difference.

Team news
MK Dons made one change from their draw at AFC Wimbledon, as Mo Eisa came in for Connor Wickham. Wickham was amongst the substitutes along with Brandon Mason, who made his first squad appearance. Matt Smith missed out through personal reasons.

First half
The game started well, with both sets of fans willing their sides on to get an early foothold on the contest.

Scott Twine did deliver a low cross two minutes in but it was behind his teammates in the area. At the other end, Harry Darling steppe into make a vital interception and halt a Sheffield Wednesday attack.

The Dons looked to get back on terms quickly but 10 minutes later, from another corner, they found themselves two goals down – Gregory the scorer this time, prodding in at the near post from Bannan’s delivery. 0-2.

In response, Manning’s worked a shooting opportunity for Parrott on the edge of the D but he dragged his left-footed effort wide. A few minutes later, Kaine Kesler Hayden got beyond Liam Palmer, only for his cross to end up in the arms of Bailey Peacock-Farrell.

There was almost an opportunity for an instant reply when Parrott found Twine inside the area. He did well to send a low ball across goal but it wasn’t met by a Dons teammate. Twine and Parrott almost combined again a minute later but the former’s pass through into the box was intercepted.

They tried their luck a third time with five minutes to play in the half and this time it paid off, to hand the Dons a lifeline heading into the break.

Twine picked up a loose ball and immediately played a ball through to the Parrott, who carried the ball into the area before beating Peacock-Farrell with stabbed effort using the outside of his right boot. A well-taken finish. 1-3.

Second half
The Dons made a bright start to the second half, with Parrott intercepting a ball deep in Wednesday territory. He tried to find Twine but his pass was also cut out.
Parrott was in again on 50 minutes, getting to the ball right on the byline, but he was only able to send his attempted cross into the arms of Peacock-Farrell.

The Dons then went agonisingly through Coventry, whose long-range drive rattled the left upright with the Wednesday goalkeeper beaten.

Moments after that opportunity, Manning was dealt a blow when Eisa was stretchered off with an injury suffered off-the-ball. He was replaced by Hiram Boateng in a move which saw Parrott lead the line.

Boateng’s first involvement was to play a one-two with Twine, however he was unable to latch onto the return pass. He then turned provider for Twine, who drilled wide from 25 yards out.

Sheffield Wednesday offered a reminder of their threat when Marvin Johnson volleyed wide from distance, following a Bannan free-kick. The Dons used the resulting break to replace McEachran with David Kasumu in midfield.

Boateng did well with 70 minutes played to pick out Parrott on the edge of the box but the Irishman’s touch let him down. A minute later, Twine saw an opening but had his attempt deflected wide for a corner.

Twine had a better opportunity with 10 minutes to play but, from a tight angle, saw his low strike saved by the left foot of Peacock-Farrell.

The MK Dons number nine would find the net deep into 10 minutes of stoppage time with a stunning free-kick past Peacock-Farrell, after he had been fouled 25 yards from goal. 2-3.

That sparked Stadium MK into life, with the home fans dreaming of a dramatic comeback. Parrott had the best chance at securing it with a 101st-minute curling effort which was too close to the Wednesday goalkeeper.

Peacock-Farrell's save sealed the Dons' fate in the contest, though they have a quick opportunity to bounce back on Tuesday night when they travel to Oxford United.


Liam Manning has called on his MK Dons side to use their Sheffield Wednesday disappointment as fuel for the remaining three games. 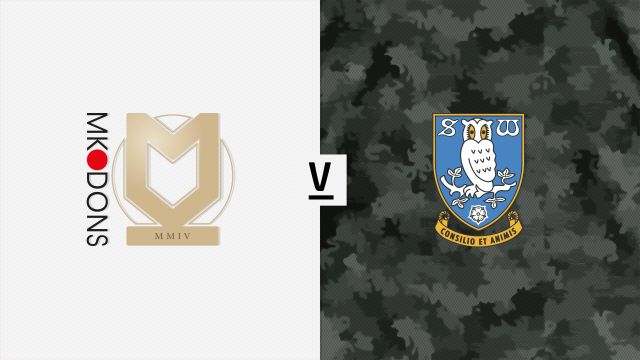 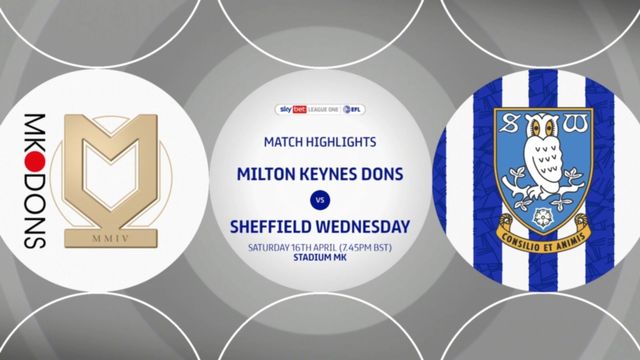