Some of the key figures from MK Dons' Carabao Cup tie with Coventry City at Stadium MK...

Man of the Match: Lasse Sorensen vs Coventry City 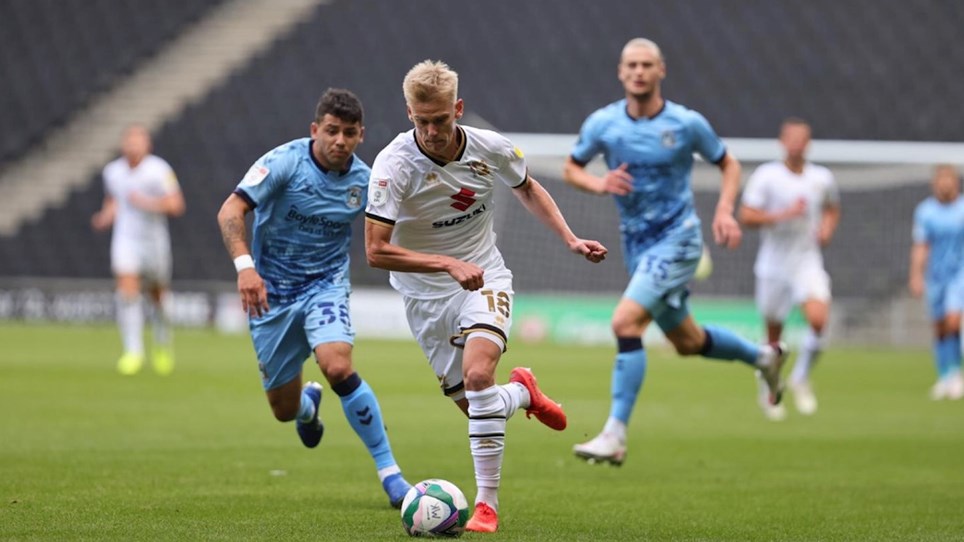 MK Dons bowed out of the Carabao Cup at the Round One stage after a 1-0 defeat at home to Coventry City.

Russell Martin’s dominated large portions of the contest – the Dons’ first for close to six months – and missed a great opportunity to take an early lead when Carlton Morris failed to find the net from the penalty spot.

Sky Bet League One champions Coventry then made them pay late on, with Tyler Walker coming off the bench to grab the winning goal just nine minutes before the end.

Martin’s men made a strong start, with Carlton Morris forcing a save out of Marko Marosi two minutes in, after climbing well inside the six-yard box to meet Callum Brittain’s hanging
cross.From the resulting corner, Baily Cargill saw a header blocked on its way to goal.

The Dons’ positive start continued and Sam Nombe went closeto breaking the deadlock just before the quarter-hour mark but, after Morris had blocked Marosi’s clearance, his strike partner failed to slot home the loose ball.

Coventry threatened for the first time a few minutes later, breaking forward down the left. Fortunately for the Dons, Brittain was able to race back and block the eventual shot towards Nicholls’ goal.

Cargill then got in the way of Matt Godden, as he looked to latch onto a low ball into the near post. That led to a corner, from which McFadzean glanced a header over.

The big moment of the half arrived with an hour played when Matthew Sorinola got in behind the Coventry backline and was brought down inside the area by Declan Drysdale.

Referee Trevor Kettle pointed straight to the spot before producing a red card to dismiss Drysdale for denying a clear goalscoring opportunity.

Morris stepped up to the spot looking to inflict a double punishment on the Sky Blues, but the MK Dons number 9 saw his effort saved by Marosi – and he failed to find the target on the rebound too.

Coventry responded well and almost took the lead with their next chance, but Ryan Giles dragged his left-footed shot just wide of Nicholls’ far post. Jamie Allen did the same thing with three minutes remaining in the first half, after another fast counter.

Right at the start of the second half, Martin’s Dons worked their way into the Coventry penalty area - Sorinola took a heavy touch from Morris’ pass. The visitors then threatened with a quickly taken free-kick – O’Hare drilled wide.

Two minutes later, Nombe found himself one-on-one with Marosi but was denied by the City keeper, who was off his line very quickly. Morris then blazed wide after a loose ball fell kindly to him on the edge of the area.

The chances kept coming for the Dons, who then saw Brittain produce a diving save out Marosi from 18 yards out. Sorinola was soon denied by a sliding tackle from Josh Pask, after sneaking behind the City backline once more.

Coventry did go close again just past the hour, courtesy of a close-range McFadzean header which was gathered by Nicholls in the centre of his goal. Tyler Walker then blasted wide with his first chance since coming on as a substitution.

Walker, though, would have another opportunity moments later and this time he put Coventry ahead. MK Dons failed to deal with Giles’ free-kick into the area and Walker pounced on the loose ball before slotting past Nicholls. 0-1.

Sorensen almost provided an immediate response but his effort deflected off McFadzean and looped over the crossbar. Morris headed wide from his resulting corner.

Coventry then should have put the game to bed, but Nicholls got a strong right hand to Bakayoko’s shot, before the Coventry sub hit the outside of the post with his strike on the rebound.

The goalkeeper also did well to save a free-kick from O’Hare in stoppage time before the Dons had one final chance to get on the scoresheet – Kasumu having a tame effort blocked from the edge of the box.


Some of the key figures from MK Dons' Carabao Cup tie with Coventry City at Stadium MK...

Man of the Match: Lasse Sorensen vs Coventry City 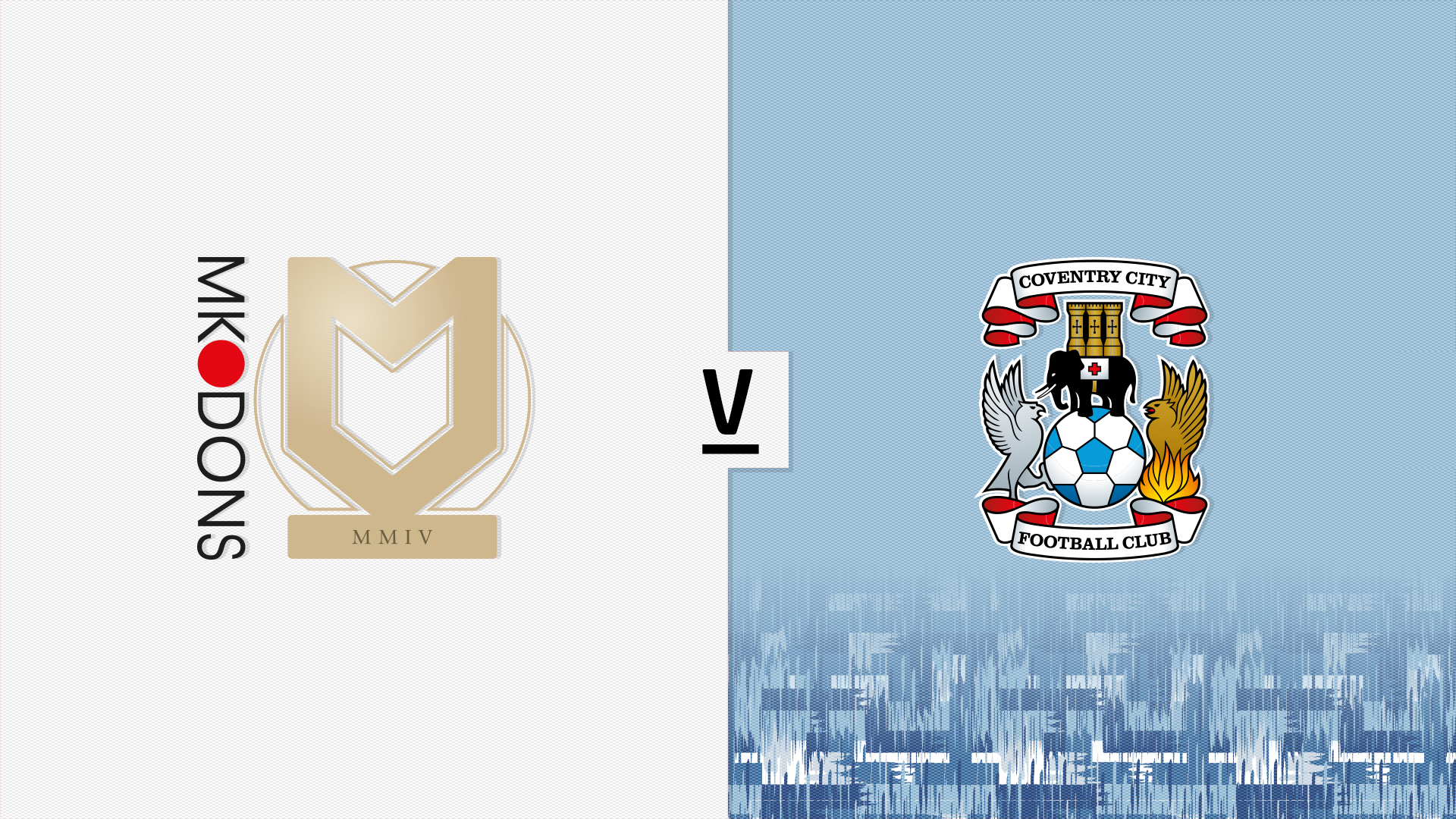 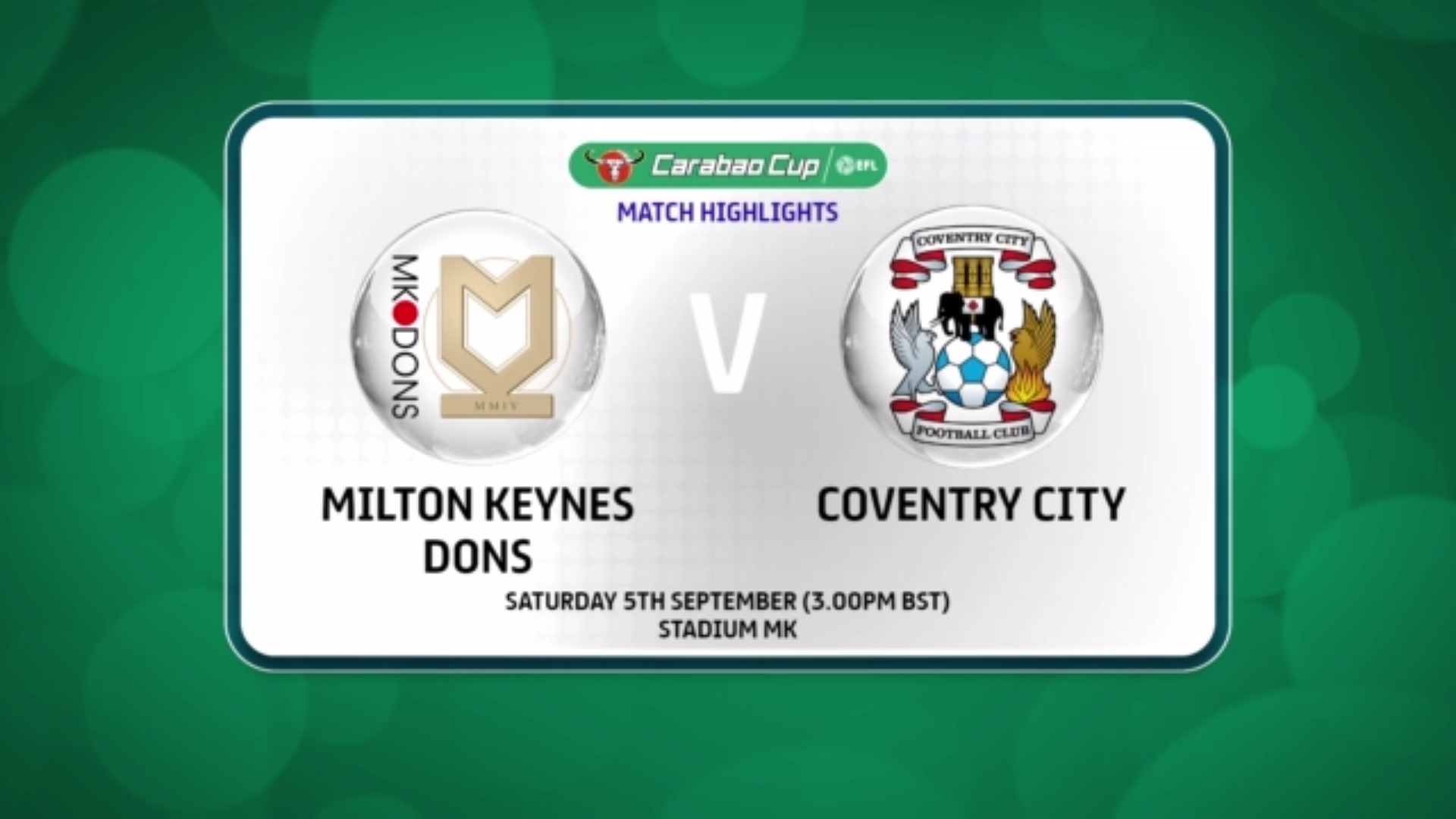 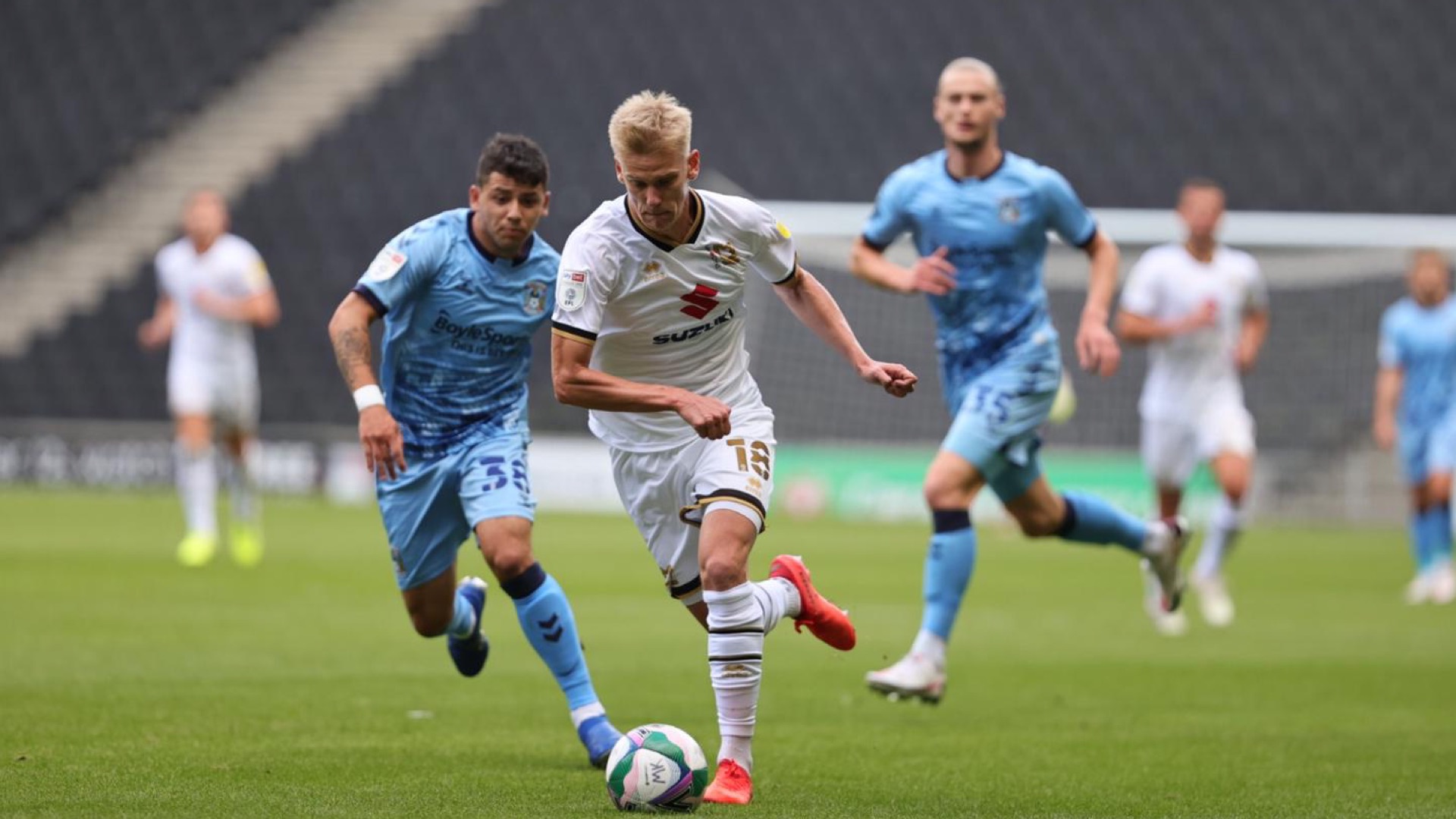