Gladwin: We must respond to below-par Crewe performance


Ben Gladwin believes it's the players who must take responsibility for Saturday’s defeat to Crewe Alexandra and that it’s down to them to respond this weekend at Stadium MK.

Russ: We must learn lessons

Mandron opened the scoring with a header on the quarter-hour mark before Finney doubled the advantage with a neat finish seven minutes later.

The Dons were frustrated the rest of the way, with Martin’s men best chance at getting themselves on the scoresheet coming courtesy of a Joe Mason effort, early in the second half, which was saved.

Boss Martin made three changes to his starting XI, with Matthew Sorinola coming in for his first career league start and Ben Gladwin making his inaugural league start for MK Dons. Lasse Sorensen was the other addition to the line-up.

Sorensen was involved early, delivering two early corners and a free-kick into the Crewe penalty area. He wasn’t able to connect with a teammate on those occasions.

Crewe then forced some early pressure of their own and took the lead courtesy of a header from Mikael Mandron, which beat Lee Nicholls down to his right. 1-0.

The Dons were afford a left off shortly after when faced with a two-on-one situation on the edge of their own area – fortunately for Martin’s men, Charlie Kirk made a mess of his pass through to Owen Dale and Nicholls was able to collect.

They did, though, find themselves two goals down a minute later, when Finney beat the offside trap and lashed a right-footed shot past Nicholls. 2-0.

Martin’s men were seeing a lot of the ball but were struggling to create anything against a stubborn and deep-lying Crewe outfit.

The Railwaymen were content to sit back and soak up pressure, while looking to make the most of their counter-attacks, which they almost did on 40 minutes – a Kirk cross, thankfully, rolled through the penalty area untouched.

With it all to do in the final 45 minutes, Martin went to his bench and introduced Scott Fraser to the fray in place of Sorensen.

His side responded well, spending the early exchanges deep inside the Crewe half. On 51 minutes they were awarded a free-kick which Gladwin struck towards goal. It was blocked.

Mason then raced through on goal and saw a stabbed effort saved by the legs of Will Jaaskelainen. Moments later, Cargill beat the offside trap but his ball across the six-yard box went untouched.

Crewe remained a threat on the counter and it took Nicholls to come to rescue on 65 minutes, as he denied Finney a second goal after the midfielder had, once again, beaten the offside trap. Murphy dragged an effort wide from the resulting corner.

Sam Nombe replaced Mason with 20 minutes left to play, with Keogh also coming on for his debut shortly after.

As the Dons pushed forward in numbers, Kirk, Mandron and Pickering all had opportunities on the counter to wrap the points up for Crewe late on.

They weren’t able to extend their advantage but Martin’s men weren’t able to reduce it either, forcing them to head back to Stadium MK still in search of an elusive away win.

Gladwin: We must respond to below-par Crewe performance


Ben Gladwin believes it's the players who must take responsibility for Saturday’s defeat to Crewe Alexandra and that it’s down to them to respond this weekend at Stadium MK.

Russ: We must learn lessons 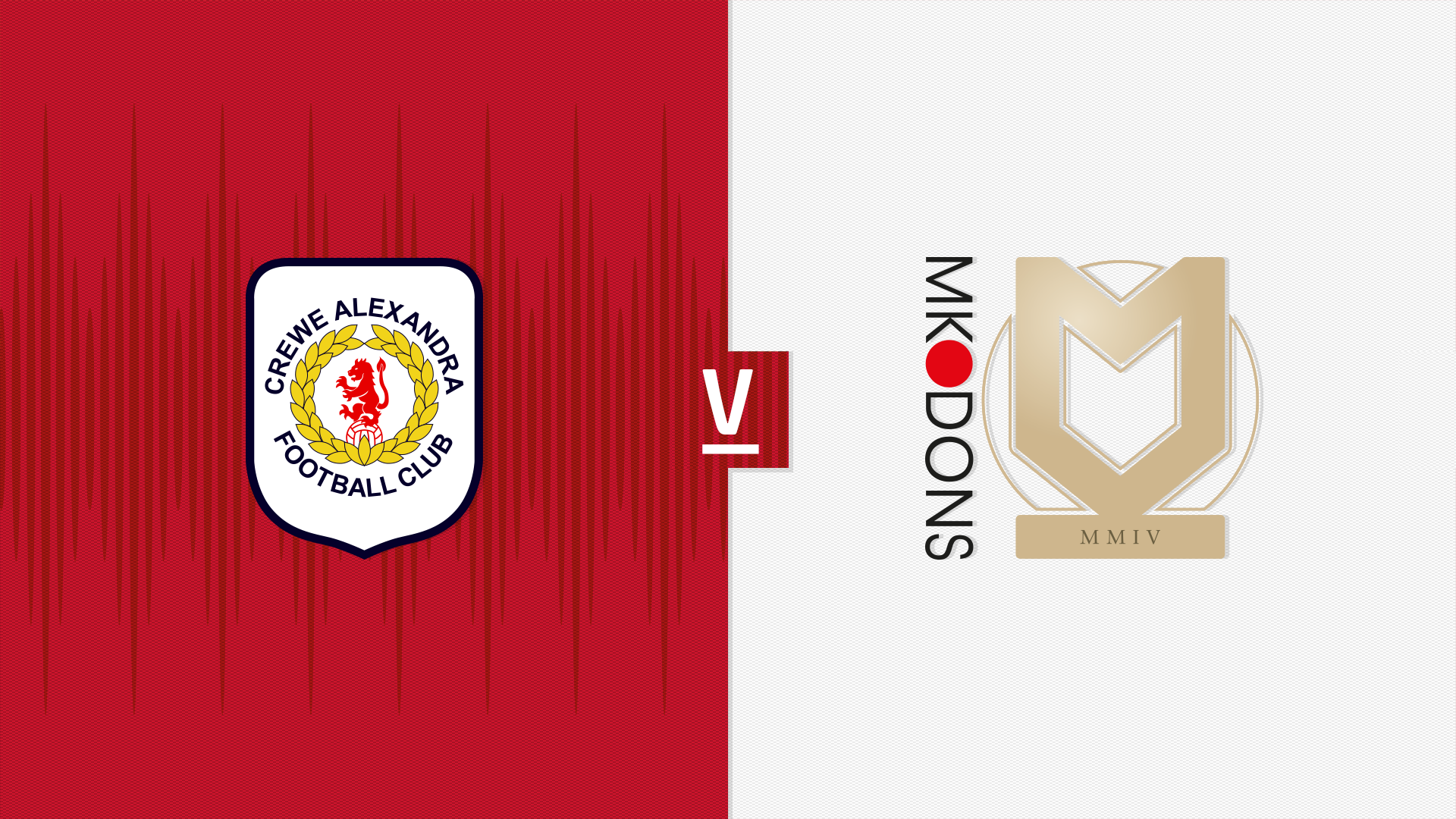 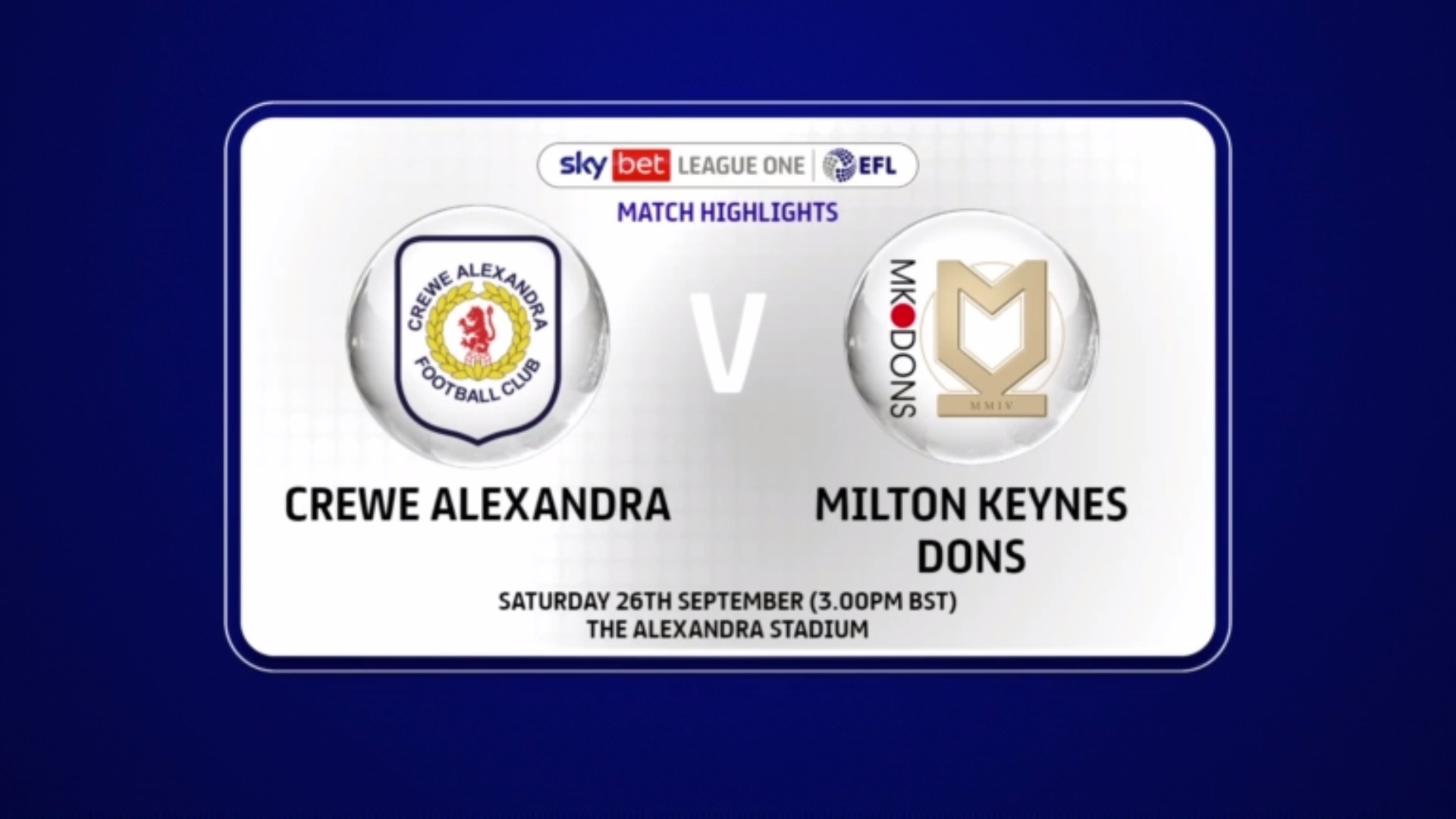 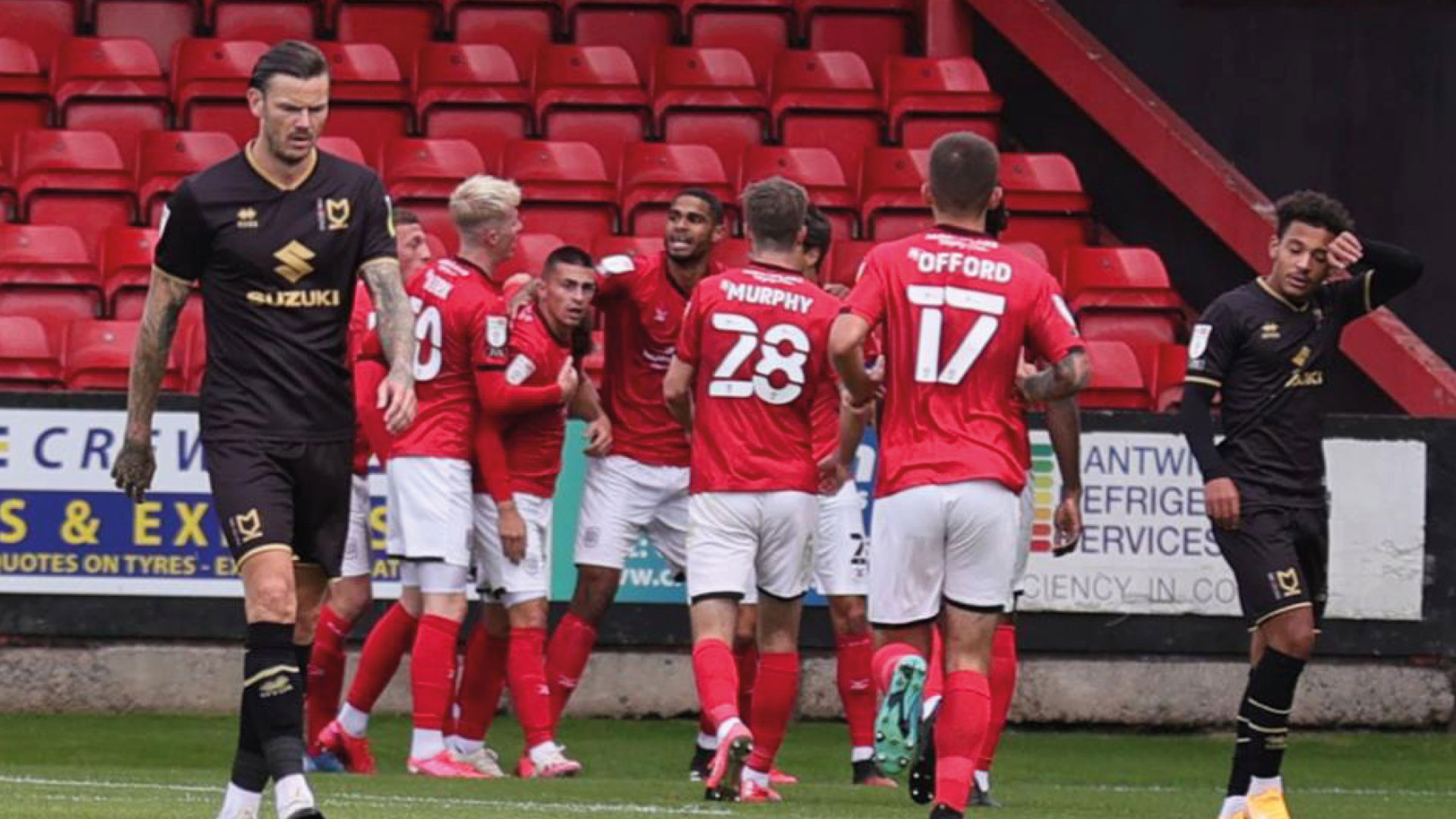