Russell Martin believes MK Dons are close to becoming a very good team and is confident they’ll get there, so long as they stop conceding poor goals.


mkdons.com delves into the numbers behind the 1-1 draw to Ipswich Town at Stadium MK... 
Supporters can still download the Red Dot MK Dons App, which is where you’ll be able to watch last weekend's matchday programme.

Daniel Harvie’s first MK Dons goal earned his side a point in their Sky Bet League One clash with Ipswich Town at Stadium MK.

Russell Martin’s men fell behind to a Jon Nolan goal seven minutes in to their encounter with the league leaders, who went into the match with an 100 percent record and without a goal conceded.

The Dons, though, salvaged a share of the spoils through Harvie early in the second-half – just rewards for a dominant second-half display.

Martin made five changes from the defeat at Crewe Alexandra, with Richard Keogh and Scott Fraser handed their full MK Dons debuts while George Williams came in for his first appearance of the season. David Kasumu and Daniel Harvie were the other two new faces in the staring line-up.

Harvie and Fraser were involved four minutes in, with the former delivering a right-footed cross which was flicked towards goal by Joe Mason. Fraser looked to pounce but was just beaten to it by Tomas Holy.

The Dons then won a corner from which Keogh had a half-chance following Carlton Morris’ header back. Ipswich, though, broke forward moments later and took the lead through Jon Nolan, who hit a loose ball into the ground and past Lee Nicholls, after MK Dons failed to deal with Freddie Sears’ looped ball into the box. 0-1.

Martin’s men looked to regain a foothold in the game but almost found themselves two goals down just the past the quarter-hour mark. Fortunately, Sears’ bending effort curled wide of the far post.

It took until the half-hour for the Dons to really get going and they were unfortunate not to get anything from a lengthy attacking move, which resulted in Brittain having a low cross blocked behind for a corner.

Out of nothing a few minutes later, they almost found an equaliser as Morris pounced on a loose pass across goal. The striker got there ahead of Holy but saw his shot saved by the Ipswich goalkeeper, who caught a Keogh header from the resulting corner.

There was a momentary opening for Mason in first-half stoppage time but, after some great work by Fraser to set him up, his shot was blocked. He had another opportunity just before the break, and saw his low tight-angled drive stopped by Holy’s legs.

Martin’s men came back for the second period with the bit between their teeth and spent the first three minutes deep inside the Ipswich. They weren’t, however, able to muster a decent shooting chance.

Fraser almost did just that shortly after but, as he went to pull the trigger, was pulled back by an Ipswich defender. Despite the appeals, referee David Rock pointed for a goal kick rather than a spot kick.

The Dons maintained their dominance and were rewarded, eventually, with 55 minutes on the clock.

Mason showed great strength on the halfway line to hold off James Wilson and allow Lasse Sorensen to break down the left. He delivered a ball across to Harvie, who moved onto his right foot before curling home his first MK Dons goal to equalise. 1-1.

Williams prevented Ipswich restoring their advantage with a vital clearance inside his six-yard box. At the other end, Brittain sneaked in behind the Ipswich backline but his header across goal was blocked.

Ipswich were forced down to 10 men with 20 minutes left to play, with substitute Flynn Downes having to exit due to an injury, which the Tractor Boys out of replacements.

The Dons almost made their man advantage count instantly, but Morris saw a first-time volley saved by Holy. Chances kept coming for Martin’s side, who then saw both Fraser and Brittain denied by the Ipswich stopper – the latter from point-blank range.

With just over a quarter of an hour left to play, Harvie fired off target from the edge of the area. Martin then made his first substitution, replacing Sorensen with Poole which saw Brittain move into the middle of the park.

Nombe was also brought off the bench for the final five minutes. He was almost celebrating another Harvie goal moments after coming on, but the Scotsman couldn’t convert at the far post from Williams’ deep cross.

The Dons had all the ball in the closing stages but couldn’t fashion a decent chance to win it. The closest they came was Harvie nipping in at the back post, only to put too much on his ball into the box.


Russell Martin believes MK Dons are close to becoming a very good team and is confident they’ll get there, so long as they stop conceding poor goals.


mkdons.com delves into the numbers behind the 1-1 draw to Ipswich Town at Stadium MK...


Supporters can still download the Red Dot MK Dons App, which is where you’ll be able to watch last weekend's matchday programme. 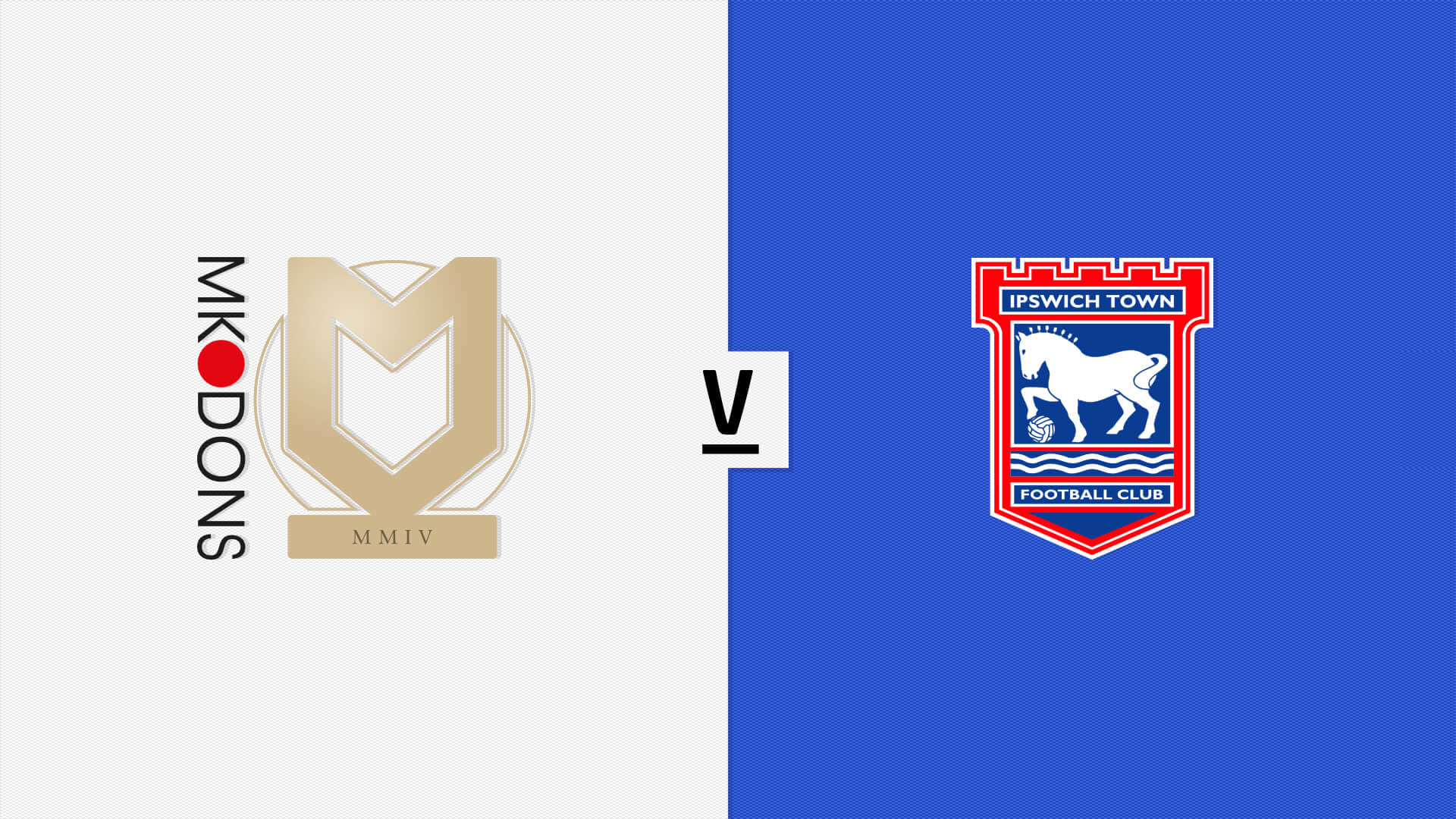 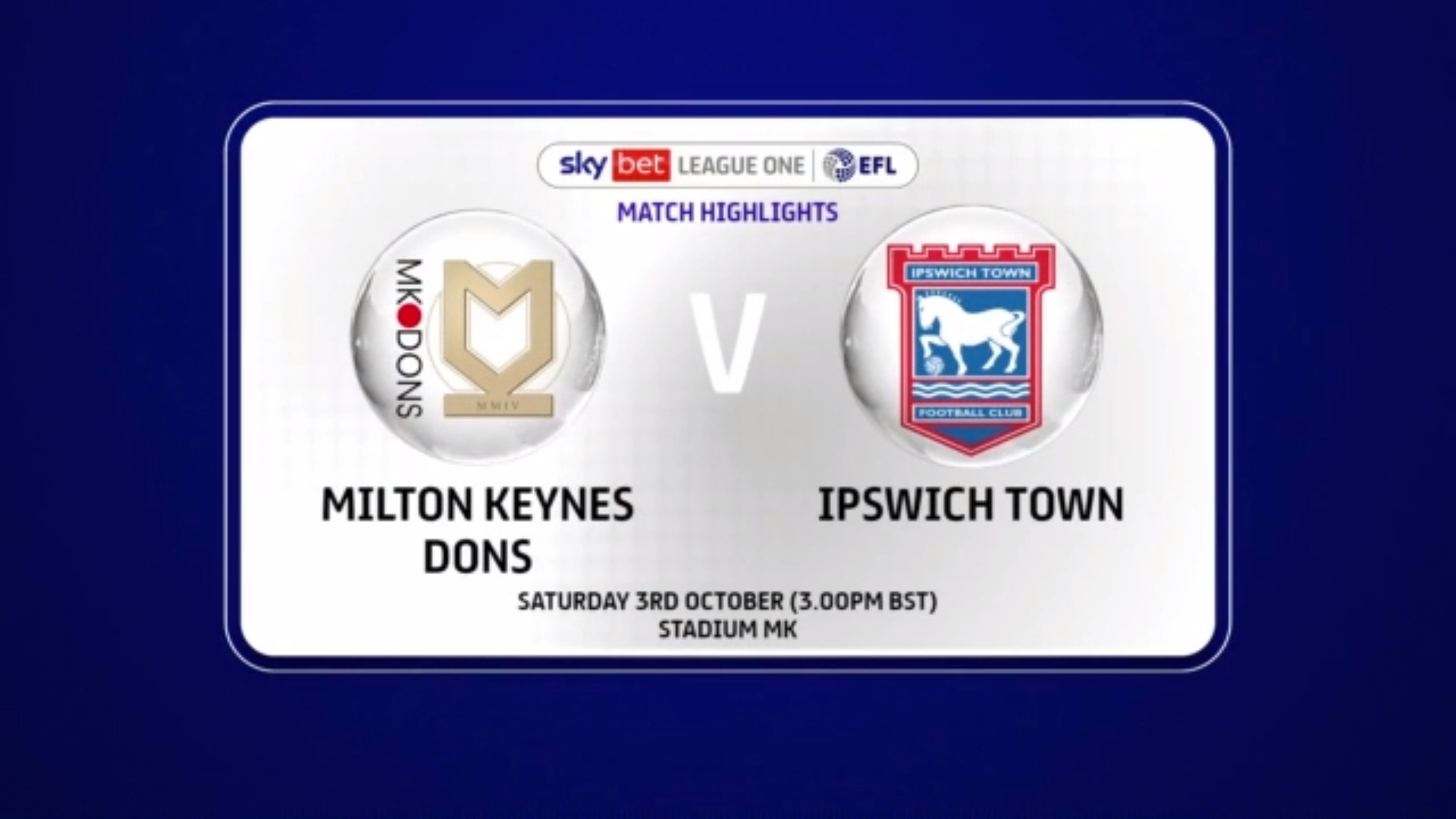 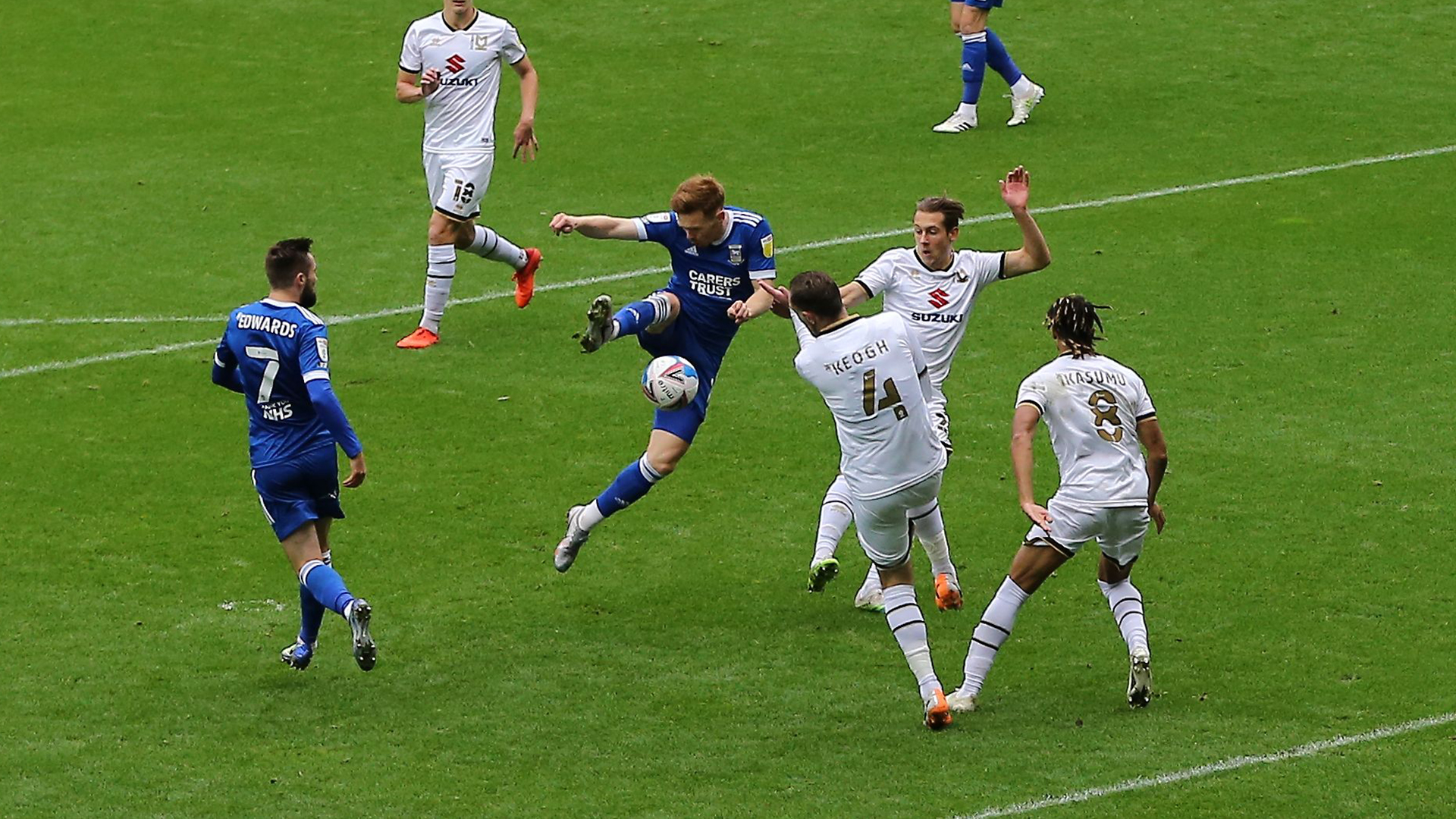