Fish: We’ve grown as a team


Andrew Fisher was named Man of the Match following his impressive performance against Sunderland, however, he was quick to praise the rest of his team following the victory. Russ' pride as Dons end wait for away win


Russell Martin’s MK Dons ended their long wait for an away league victory on Saturday - much to the delight, and relief, of the boss and his squad. 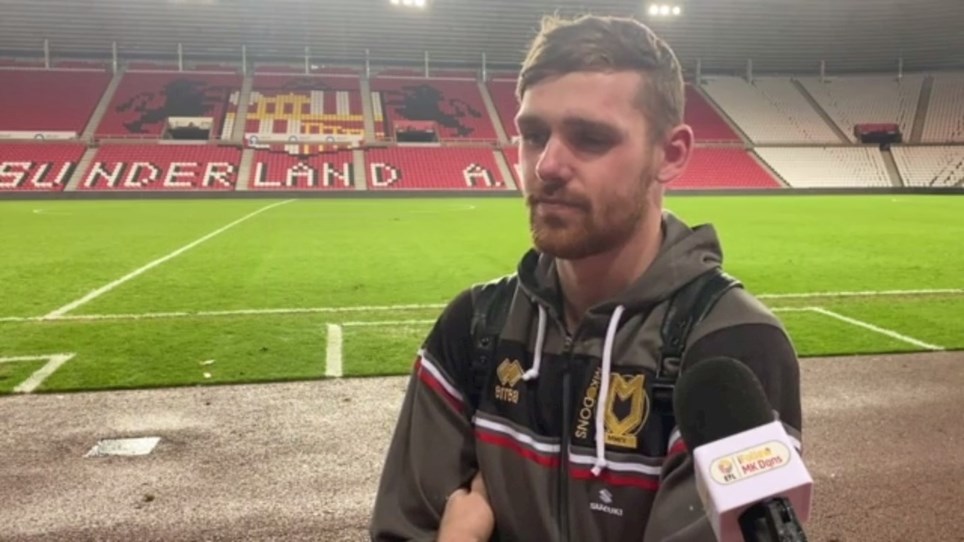 MK Dons ended their 14-month search for an away win with a come-from-behind 2-1 victory over Sunderland at the Stadium of Light.

Russell Martin’s men fell behind to a deflected strike from Max Power after 12 minutes but responded right away as Cameron Jerome flicked home a Ben Gladwin free-kick.

Scott Fraser completed the turnaround from the penalty just a minute into the second half, lifting MK Dons up five places to 14th in the Sky Bet League One table, where they are just a point adrift of the top half.

Boss Martin made eight changes from the Papa John’s Trophy tie with Southampton B in midweek, with only Fraser, David Kasumu and Matthew Sorinola keeping their place in the starting XI. Meanwhile, there were spots in the squad for 17-year-old Jack Davies and 16-year-old Lewis Johnson, who made their senior debuts on Wednesday evening.

Fraser was involved early on as MK Dons went close to a opening goal inside of two minutes. The attacking midfielder flicked on a Ben Gladwin corner which was then met by Dean Lewington, who guided his header over the crossbar from six yards out.

Sunderland then went close themselves, with Gladwin producing a vital block inside his own six-yard area to prevent Lynden Gooch converting from Will Grigg’s low cross. Grigg then met a deep cross but sent his header straight into the hands of Andrew Fisher, who was stood alongside his right upright.

On 10 minutes, the Dons worked their way back into the penalty area with Walker, who was dispossessed brilliantly by Denver Hume as he went to pull the trigger. From the resulting corner, Cameron Jerome hit the stantion behind the goal with a first-time effort.

While Russell Martin’s men weren’t able to take advantage of their first shots on goal, Sunderland were and took the lead on 12 minutes courtesy of a deflected Max Power effort, which completely wrong-footed Andrew Fisher. 1-0.

The Dons responded well and got themselves back on level terms just three minutes later. A foul on Kasumu provided Gladwin with the opportunity to deliver a cross and his ball in was met by Jerome, who glanced a header beyond Remi Matthews’ outstretched arm and into the far corner. 1-1.

Grigg almost found himself in on goal with 20 minutes played but, after springing the offside trap, failed to bring down Grant Leadbitter’s lofted pass and Fisher was grateful to gather. At the other end, Gladwin tested Matthews with a long-range effort that the Black Cats stopper saved.

Jerome and Walker then tried to link up with a one-two but the latter’s return pass was just a little too heavy for his strike partner to control. Sorinola and O’Hora attempted the same a minute later but the through pass was, again, overhit.

With seven minutes to play in the half, Gooch blazed high and wide after cutting in from the right-hand side while Sunderland later failed to make the most of a dangerous delivery from Gooch, which MK Dons managed to get clear. Josh Scowen also tried his luck from distance but couldn’t hit the target.

Martin’s side then put together an excellent attacking move right at the end of the half, starting with Jerome and involving Sorinola, Gladwin and Walker. The latter did well to squeeze a ball through to the six-yard area but, unfortunately, there wasn’t a teammate in place to meet it.

Walker was back at it straight after the re-start, creating space for a shot inside the area – one which was blocked. Sunderland, though, failed to get the danger clear and when Power tried to finally deal with the loose ball, he connected with Fraser and that resulted in a penalty to the Dons.

Fraser stepped up to take the spot-kick and, just like he did in the shoot-out last weekend at Eastleigh, confidently slotted home to put his side in front. 1-2.

The Dons had to deal with successive corners as Sunderland searched for an immediate equaliser. Keogh then produced a vital interception to deal with a low ball into the box from Hume.

Martin went to the bench for the first time on 63 minutes, replacing Walker with Carlton Morris.

The MK Dons number 9 went into the book almost instantly for a foul on Leadbitter, but not before Grigg missed a golden opportunity to level the scores – the former Don somehow missed the ball with the goal at his mercy just a few yards out.

On 72 minutes, Hume stabbed wide from a deep cross after Sorinola did enough to put him off. Moments later, Fisher was called into action to tip a Hume cross over his bar. He then produced a stunning save to keep out Charlie Wyke’s header.

Cargill came on for Gladwin as the game entered it’s final quarter of an hour, following a great shift from the MK Dons number 7 in an unorthodox left-wing back role. Sorensen also entered in place of an injured Thompson.

Fisher hadn’t had to do much until the late stages but managed to pull off another spectacular stop to keep out Hume’s deflected effort on 82 minutes. MK Dons then countered but Fraser was denied by Matthews when one-on-one.

Sunderland had one final chance to restore parity but were again denied by Fisher, who got down to his left to palm a Hume drive around the post.

With that, the wait was finally over for MK Dons - an away win and a deserved won following a determined display in the North East.

Fish: We’ve grown as a team


Andrew Fisher was named Man of the Match following his impressive performance against Sunderland, however, he was quick to praise the rest of his team following the victory.

Russ' pride as Dons end wait for away win


Russell Martin’s MK Dons ended their long wait for an away league victory on Saturday - much to the delight, and relief, of the boss and his squad. 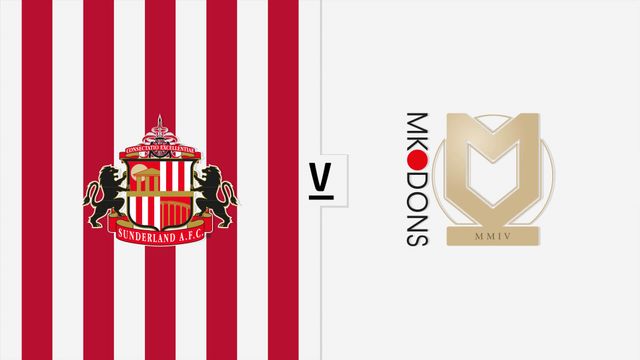 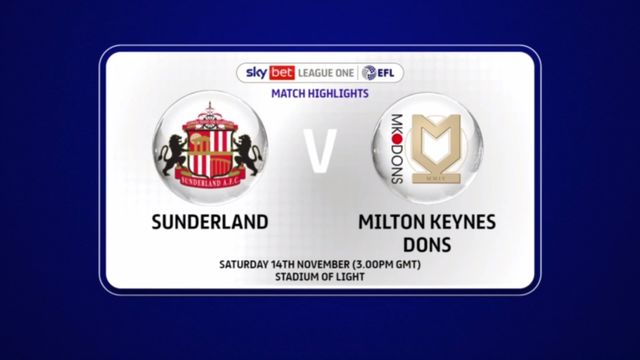 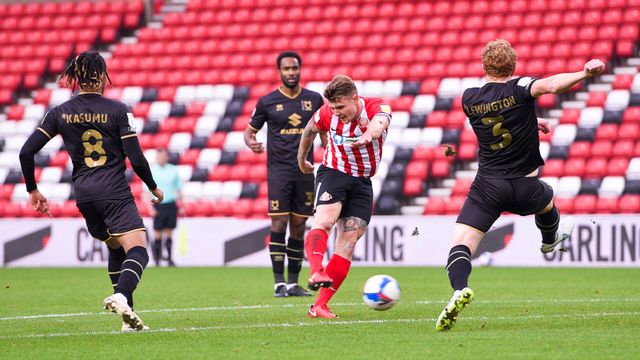