Brooklyn Ilunga became the seventh Academy Graduate to make his MK Dons debut this Summer and has thanked Russell Martin and his staff for their belief in his abilities. 
Russell Martin was disappointed to see the season in defeat but doesn’t want the result to cast a shadow over what has been a positive campaign for his MK Dons side. MK Dons were unable to finish a positive 2020/21 season on a positive note, as they were beaten 3-0 by Rochdale at Stadium MK.

Despite a dominant first half, Russell Martin’s men found themselves two goals down four minutes into the second, before Stephen Humphrys added a third Dale goal late on.

The defeat sees the Dons end the campaign 13th in the Sky Bet League One table – a position they will look to improve on when they return for the 2021/22 season.

There was one change to the MK Dons starting XI, as Ethan Laird returned in place of Matt O’Riley, who was only fit enough for the bench. First-year scholar Brooklyn Ilunga was among the substitutes for the first time in his career, along with Lee Nicholls, who is set to depart Stadium MK at the end of his contract in June.

Laird was involved early as the Dons worked their way deep into Rochdale territory just 90 seconds in. However, after a strong run down the right, his fizzing low ball was just behind Will Grigg.

Less than two minutes later, David Kasumu was bundled over on the edge of the Rochdale box providing Sorinola with a chance to shoot – his effort was a good one but, despite Jay Lynch beaten, he saw it cannon back off the crossbar.

Laird tried his luck, seven minutes in, with an 18-yard effort that was blocked. Rochdale then had their first opportunity, through Jake Beesley, but he could only find the side netting after latching onto a through pass and rounding Andrew Fisher.

An opportunity fell to Andrew Surman on 17 minutes, following another move down the right. Laird was the creator, teeing up his midfield teammate, whose first-time effort was saved by the feet of Lynch.

Fisher was forced into action midway through the first half, having to get down to his right to parry away a shot from Stephen Dooley. The Dons were then dealt a blow as Laird was forced off due to injury – a disappointing end to a successful loan spell for the young Manchester United full-back.

While the Dons were adjusting, Beesley sent a looping header goal-wards, although it was a simple catch in the end for Fisher. Louis Thompson was soon able to enter the pitch, to take Laird’s spot on the right.

Just past the half-hour, Oliver Rathbone fired over with an ambitious volley after he intercepted a pass and spotted Fisher out of his goal. At the other end, Harry Darling headed just wide from a deep Sorinola corner.

Rochdale were presented with an opportunity early in the second half and it was one they took advantage of – Morley beating Fisher with a well-placed free-kick from the left corner of the box. 0-1.

The visitors went close to doubling their lead almost immediately but Beesley put his effort wide from a right-wing cutback. They did, though, add a second just two minutes later through Keohane, whose deflected effort completely wrong-footed Fisher and found the net. 0-2.

It took a block from Lewington to prevent a third Rochdale goal on 53 minutes. Martin then made a change to his midfield, replacing Surman with O’Riley, before Lewington, again, produced a vital clearance to deny Dale.

Conor Grant should have made it three but poked his close-range shot into the side netting. Fisher also denied him a reaction save to his left on 66 minutes.

Martin made two further changes with 69 minutes on the clock, one of which was enforced due to an injury to substitute O’Riley. Seventeen-year-old Ilunga replaced him to make his league debut while Jay Bird also came on for Josh McEachran.

Rochdale had the ball in the net a third time but it was ruled out due to an offside flag. Jules then had a long-range strike blocked as the Dons searched for a way back into the match.

Lewington also went close with a free-kick that grazed the right-hand post before Rochdale added a third through substitute Humphrys, after they capitalised on a loose ball deep inside the Dons half. 0-3.

Bird had the final effort of the game - and the season - but saw his low drive saved. Not the way Russell Martin and the Dons would have wanted to finish, but they can still look forward to the 2021/22 campaign with optimism.


Brooklyn Ilunga became the seventh Academy Graduate to make his MK Dons debut this Summer and has thanked Russell Martin and his staff for their belief in his abilities.


Russell Martin was disappointed to see the season in defeat but doesn’t want the result to cast a shadow over what has been a positive campaign for his MK Dons side. 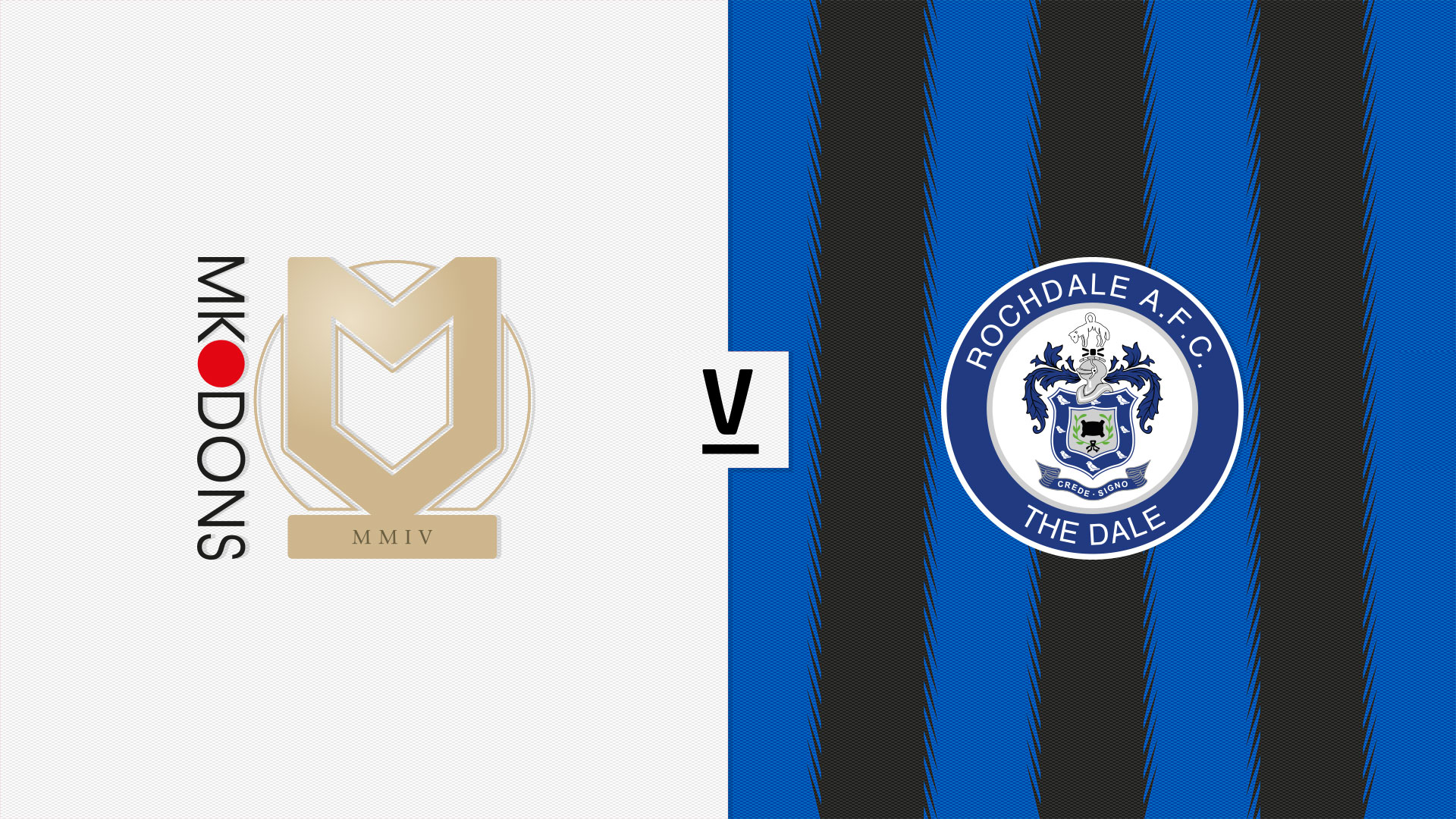 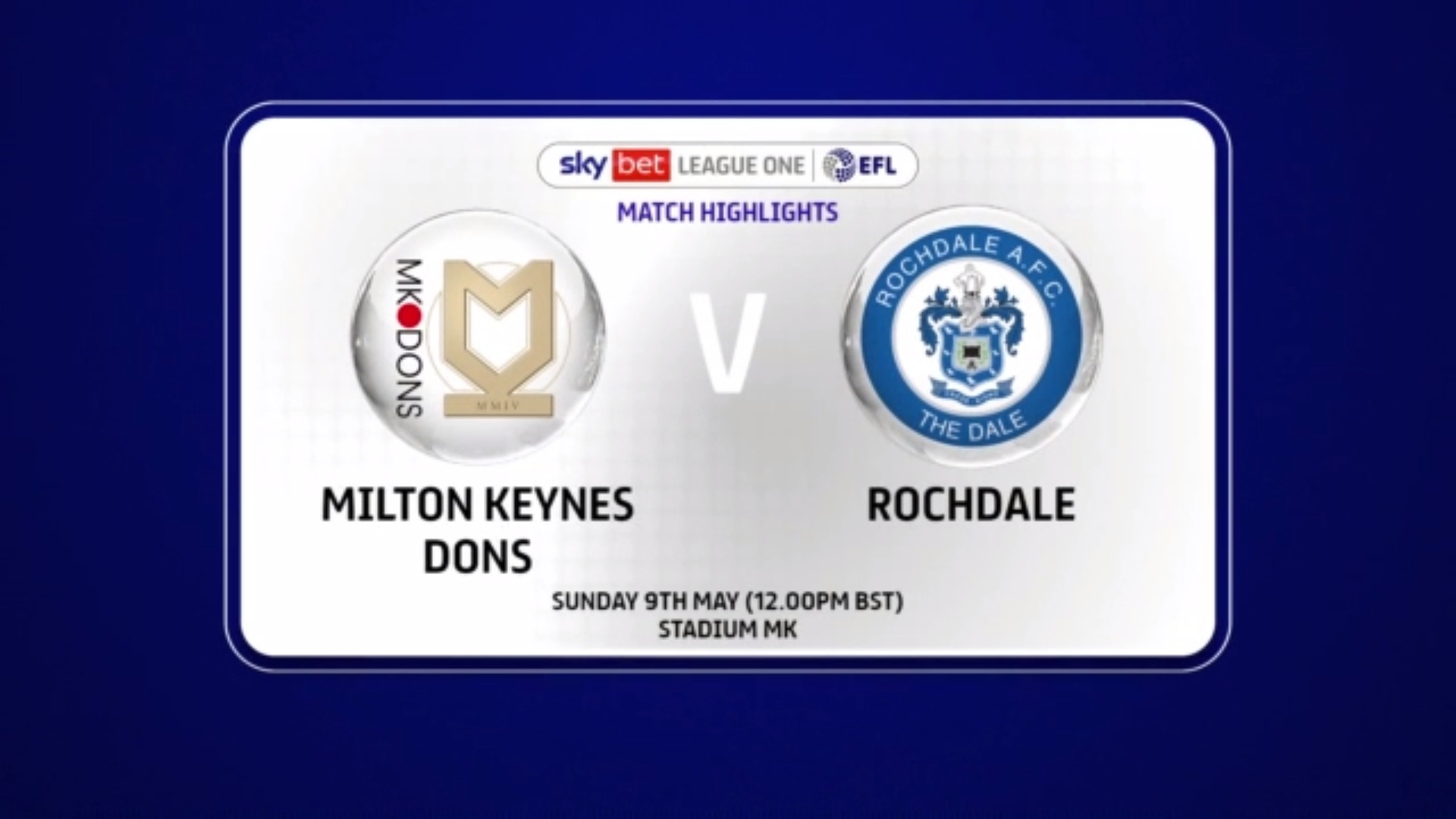 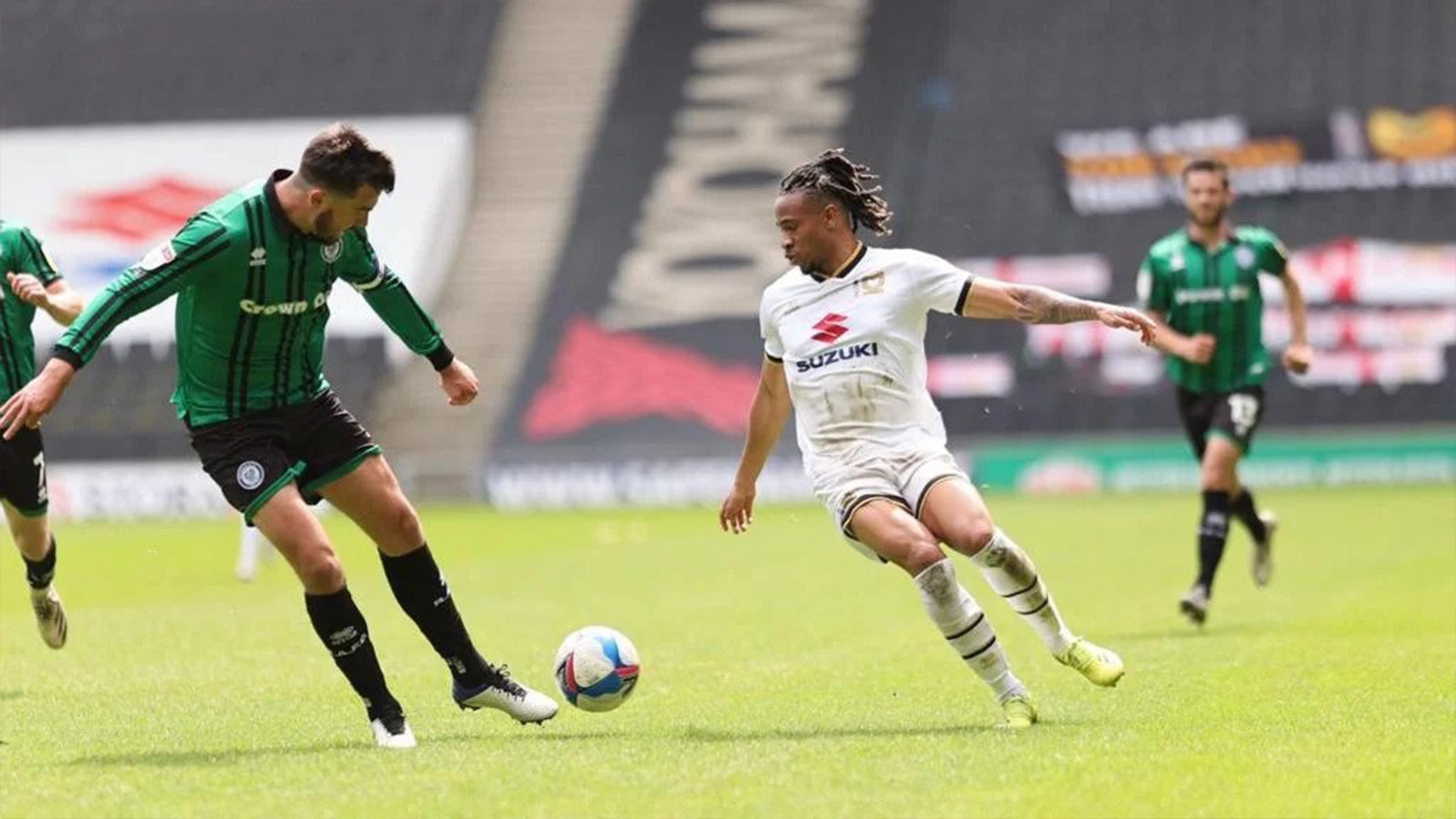