Russ: We didn't deserve to lose


Russell Martin felt his side deserved more from their clash with Blackpool on Tuesday evening. A first-half goal from Jerry Yates proved the difference as MK Dons were beaten 1-0 by in-form Blackpool at Stadium MK.

The Dons remain 16th in Sky Bet League One following the defeat. They are back in Stadium MK action on Saturday when they host Accrington Stanley.

Josh McEachran was handed his first MK Dons start as one of four changes from Saturday’s defeat to Wigan Athletic. Also added to the line-up were Andrew Surman, Matthew Sorinola and Cameron Jerome.

The Dons had the first sight of goal from a Scott Fraser free-kick, three minutes in. Fraser’s delivery was met by Warren O’Hora, whose looping header produced a comfortable save out of Chris Maxwell.

Jerome then had an opportunity to open the scoring from Laird’s cutback but saw his effort blocked. Sorinola collected the loose ball and provided Laird with a chance to score a first MK Dons goal, however lifted a shot over the bar from close range.

Laird was involved again on 20 minutes, latching onto a terrific cross-field pass from Sorinola and then trying to play in the on-rushing Fraser, who was just a step behind the low delivery.

It was all Dons in the opening half an hour but with 10 minutes to go until half-time they fell behind to a Yates goal – the striker pounced after Sullay Kaikai’s interception and then rounded Andrew Fisher to slot in the opener. 0-1.

McEachran drilled just wide as Martin’s side went in search of an immediate response. At the other end, Blackpool went close to doubling their lead when Ollie Turton headed over from a corner.

In the 42nd minute, O’Riley came within an inch of connecting with Fraser’s cross but saw the delivery cut-out just in front of him. Shortly after, Maxwell rushed out of his goal to intercept a ball sent in for Jerome.

The second half took some time to get going, with the first attempt on goal not arriving until the 61st minute when Kevin Stewart blazed over from 25-yards.

Martin used the stoppage to make his first two changes of the game – replacing Surman and McEachran with Louis Thompson and Will Grigg. The two were involved right away, with Thompson winning the ball in midfield and starting an attack which resulted in Grigg heading wide.

The Dons had a terrific chance to level the scores on 70 minutes when Fraser thread a ball through to Jerome. His shot beat Maxwell but cannoned back off the crossbar and Grigg was unable to pounce on the rebound.

Grigg thought he was in on goal a minute later but was denied by the linesman’s flag. Hamilton did beat the offside at the opposite end, however Fisher came up with an important save to keep the deficit at one.

Charlie Brown replaced Fraser for the final five minutes, as Martin’s final roll of the dice. His side did put the ball in the net as regulation time turned to stoppage time but Jerome was adjudged to have finished from an offside position.

That was the closest they came to levelling the scores before the referee’s final whistle sounded.

Russ: We didn't deserve to lose


Russell Martin felt his side deserved more from their clash with Blackpool on Tuesday evening. 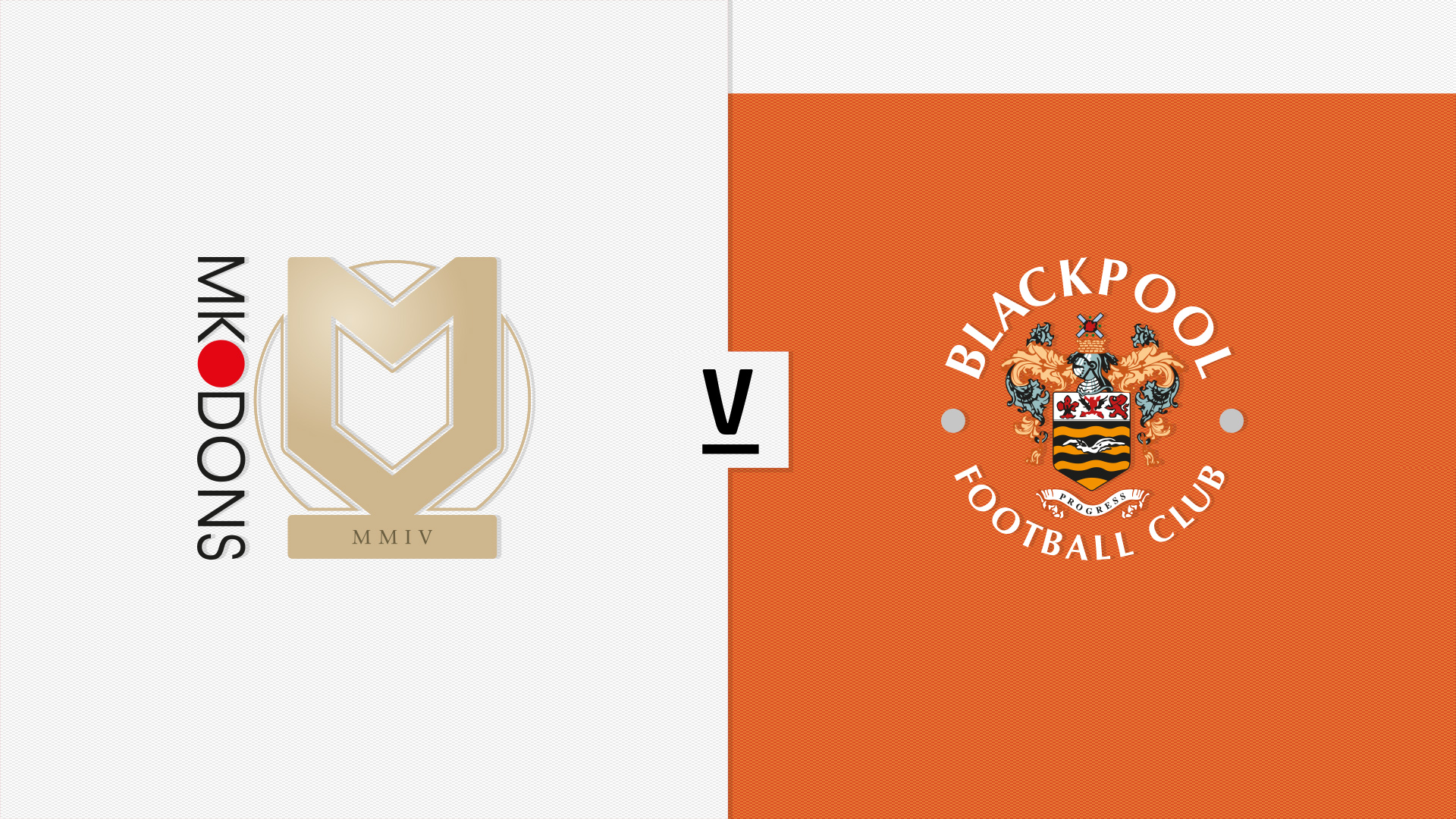 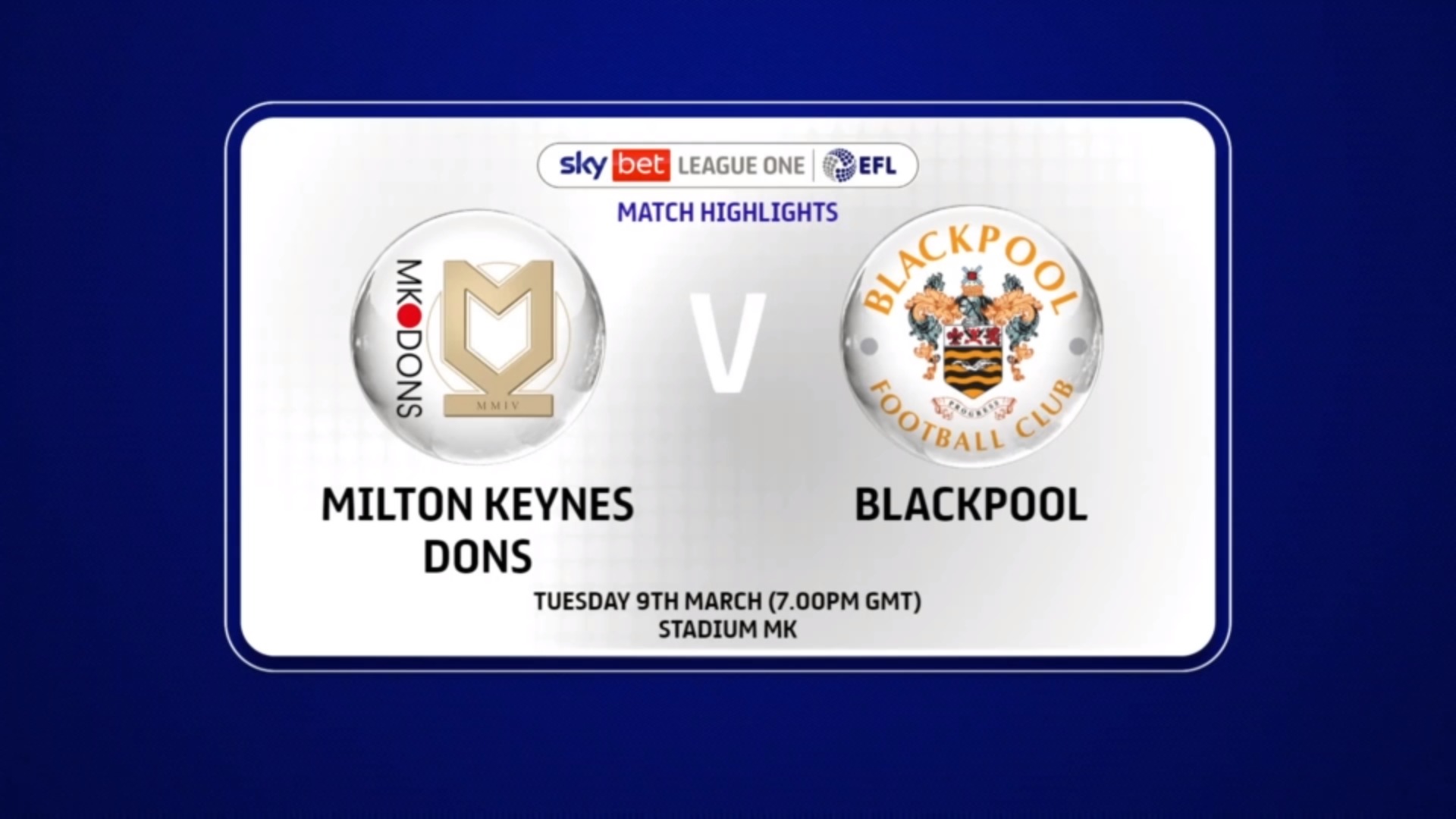 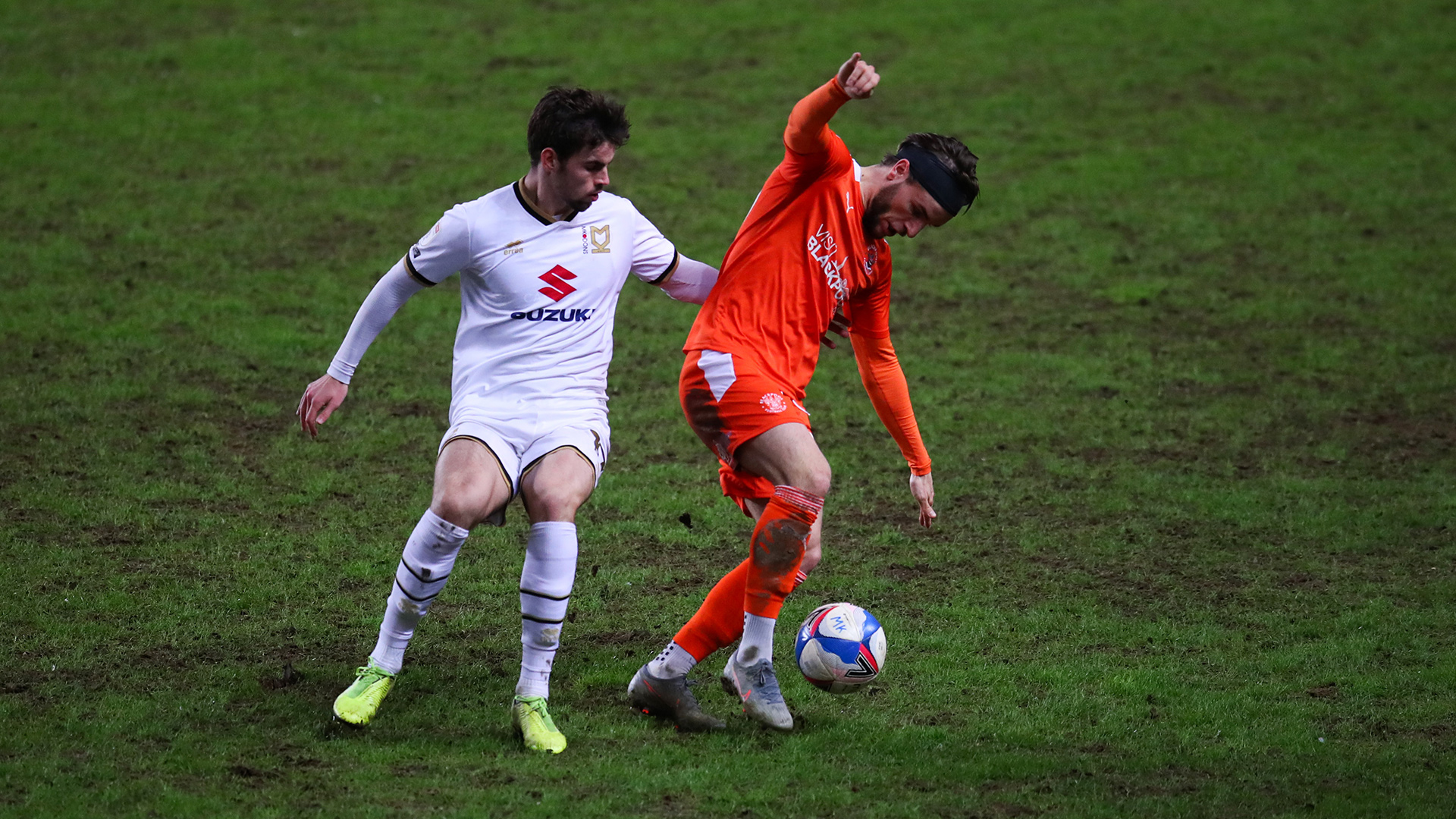