MK Dons are back at Stadium MK today for the second time this week, as they host Accrington Stanley in their latest Sky Bet League One outing.

Russell Martin's men go into this afternoon's game without a win in their last five matches and looking to pick up maximum points for the first time since February's win over Northampton Town.

Tuesday aside, Stadium MK has been a happy hunting ground for Martin's Dons, who have tasted home defeats in just two of their last 10 at MK1. They are also one of the division's highest scorers when it comes to scoring on their own patch, with 24 goals scored in total from their 16 Stadium MK fixtures.

THE OPPOSITION
Accrington Stanley are enjoying a successful season and currently sit 10th in the Sky Bet League One table having spent a large portion of the season in the top six. John Coleman's side sit just two points off a play-off finish as they look to gain promotion to the second tier of English Football for the first time in their career. John Coleman has earned plaudits for his teams form this season with Stanley winning 14 games under his stewardship this season. Coleman, who has been in charge at The Wham Stadium since 2014, has earned promotion four times with the Lancashire based outfit. Dion Charles leads the goalscoring charts for Accrington Stanley having found the back of the net 15 times - he boats a 0.5 goals per 90-minutes. Closely behind Charles is Colby Bishop who has nine goals to his name, while the diminutive Joe Pritchard has six goals. It's Pritchard that leads the creative stats for Coleman's side, he's registered six assists and created 33 chances for his side. LAST TIME OUT
A first-half goal from Jerry Yates proved the difference as MK Dons were beaten 1-0 by in-form Blackpool at Stadium MK.

Accrington Stanley, meanwhile, fell to their heaviest defeat of the season as Bristol Rovers ran out 4-1 winners on Tuesday evening.

Strikers from Luke Leahy and Alex Rodman gave Joey Barton's the lead at the break, before Sam Nicholson and Zain Westbrooke put the game to bed in the second half.

Paul Smyth did find the back of the net on 77-minutes, but it proved to be nothing more than a consolation goal.

FIGHTING TALK
Russell Martin: "Accrington have been performing really well. Their manager is really experienced and they are really good at what they do. We know what we need to do. This group has had some adversity this season but they’ve always come through with real belief."

“Russ (Martin) has done really well there, he has stamped his brand of football on them. The best way to do that is to have success and sometimes you have to go through a bit of pain to get success at the end of it. He has stuck to his guns, he still plays the same way, win lose or draw, and it’s good to see people being brave.

TEAM NEWS
Charlie Brown has emerged as a new injury concern for MK Dons, after picking up a knock in the midweek defeat to Blackpool.

Meanwhile, Ben Gladwin was set to return to light training on Friday as he looks to come back from an ankle injury suffered in training last week. David Kasumu is also expected back in light training next week.

Kieran Agard and Jay Bird remain the other two absentees for boss Russell Martin, who confirmed in his pre-match press conference that there were no fresh injury concerns other than Charlie Brown.

Accrington Stanley boss John Coleman has said he is down to 'the bare bones' ahead of today's clash at Stadium MK.

Dion Charles came off in the loss to Bristol Rovers, while Paul Smyth will face a late fitness test.

OFFICIALS
Dean Whitestone will be the man in the middle this afternoon. Mr Whitestone has overseen 25 matches so far this term, producing a total of 47 yellow cards. He has sent off two players and has awarded four penalties.

His assistant referees are Mark Jones and Nik Barnard, while the fourth official is Rob Smith.

O’Riley over the moon with late winner


Matt O’Riley’s 92nd-minute header gave Russell Martin’s side an important three points on Saturday afternoon – with the Midfielder joking he couldn’t see a thing as the ball was swung into the box.


Russell Martin doesn’t want a five-minute spell to overshadow what was an otherwise positive afternoon for his MK Dons side.

Dons duo in Team of the Week


Cameron Jerome and Matthew Sorinola have earned recognition in the Sky Bet League One Team of the Week.

MK Dons put an end to their winless run with a dramatic – but deserved - 3-2 victory over Accrington Stanley at Stadium MK.

Cameron Jerome scored either side of half-time to give Russell Martin’s men a two-goal lead just before the hour but Accrington quickly levelled the scores through Dion Charles and an Andrew Surman own goal.

The Dons weren’t to be denied, though, and in the second minute of stoppage time Matt O’Riley threw himself at Matthew Sorinola’s cross to secure a valuable three points – three points that lift Martin’s side up to 15th in the Sky Bet League One table and 12 points clear of the bottom four.

Martin name an unchanged starting XI from the midweek defeat to Blackpool, with only one alteration on the bench as Jordan Houghton replaced an injured Charlie Brown.

His side started well and had the first shot of the game through Sorinola, who blazed wide from the edge of the area. Sorinola was involved, again, two minutes later as MK Dons took a sixth-minute lead.

It was the young full-back’s lofted ball forwards which caused trouble for the Accrington defence. Jerome read it well and got behind the backline, before nodding the ball past Toby Savin and then keeping his composure to slot home from a tight angle. 1-0.

Jerome had two quick-fire opportunities to double his tally on the quarter-hour mark. From a Scott Fraser cross, the MK Dons number 35 first had a shot blocked and then a follow-up attempt saved by Savin.

Another chance for Jerome went begging on 20 minutes despite him doing brilliantly to connect with Sorinola’s cross – his header, though, could only find the side netting. Savin then kept out his fierce strike, after he had latched onto Surman’s pass.

Martin’s men maintained their dominance and were presented with a great opportunity to double their lead on 35 minutes but, after intercepting Savin’s pass out from defence, Fraser saw his effort saved by the Accrington goalkeeper.

Fisher was forced into action for the first time with eight minutes remaining in the first half, called upon to dive out of his goal and collect Paul Smyth’s teasing ball in. A vital interception from Josh McEachran then prevented Smyth finding a teammate with a pull-back inside the area.

Accrington had an early opportunity at the start of the second half but Sean McConville volleyed well wide from the edge of the D. Soon after, Surman produced a crucial interception to prevent another threatening attack from developing.

At the other end, a well-worked corner routine provided a chance for Dean Lewington to score but he failed to find the net – not that it would have counted anyway, with the linesman’s flag raised for offside.

O’Riley then showed good feet inside the Stanley box to create a shooting chance but had his left-footed strike blocked. He had another sight of goal a minute later, but couldn’t find the target with his first-time try from Fraser’s cutback.

The Dons knew they needed a second goal to show for their control and with 10 minutes played in the second half, they found it.

Keeping possession well after winning a throw deep in Accrington’s half, Sorinola eventually shifted onto his right and delivered an in-swinging cross for Jerome, who spotted gap between two Stanley defenders and surged through to prod home a second. 2-0.

The two-goal lead lasted less than two minutes, however, with Charles pulling a goal back for the visitors after they had won possession deep in the Dons’ half. 2-1.

Charles was a target of left-wing cross from Smyth on the hour, which was cut out by a sliding Darling. That led to a corner, from which Accrington drew level courtesy of an unfortunate own goal by Surman, who inadvertently turned home a loose ball. 2-2.

That forced Martin into a double substitution, with Grigg and Thompson both coming off the bench. Thompson was involved in providing Sorinola with a shooting opportunity – one which he took, but fired over.

Smyth shot wide as Accrington threatened a third with a quarter of an hour to play. Martin then made his third change, with Joe Mason replacing Surman.

With 11 minutes to play, the Dons were awarded a free-kick on the edge of the D for a foul on Fraser as he looked to pull the trigger. Fraser laid the free-kick off for O’Riley, whose effort was deflected just wide. Mason also has a shot deflected - this one into the grateful arms of Savin.

Things looked to be heading towards being another frustrating afternoon for Martin and his Dons, but in the second minute of stoppage time, they found a deserved winning goal.

After some good build-up, it was Sorinola, again, who delivered the cross and his ball was inch-perfect for O’Riley to head home the decider past Savin - some way to score his first goal at Stadium MK. 3-2.

O’Riley over the moon with late winner


Matt O’Riley’s 92nd-minute header gave Russell Martin’s side an important three points on Saturday afternoon – with the Midfielder joking he couldn’t see a thing as the ball was swung into the box.


Russell Martin doesn’t want a five-minute spell to overshadow what was an otherwise positive afternoon for his MK Dons side.

Dons duo in Team of the Week


Cameron Jerome and Matthew Sorinola have earned recognition in the Sky Bet League One Team of the Week. 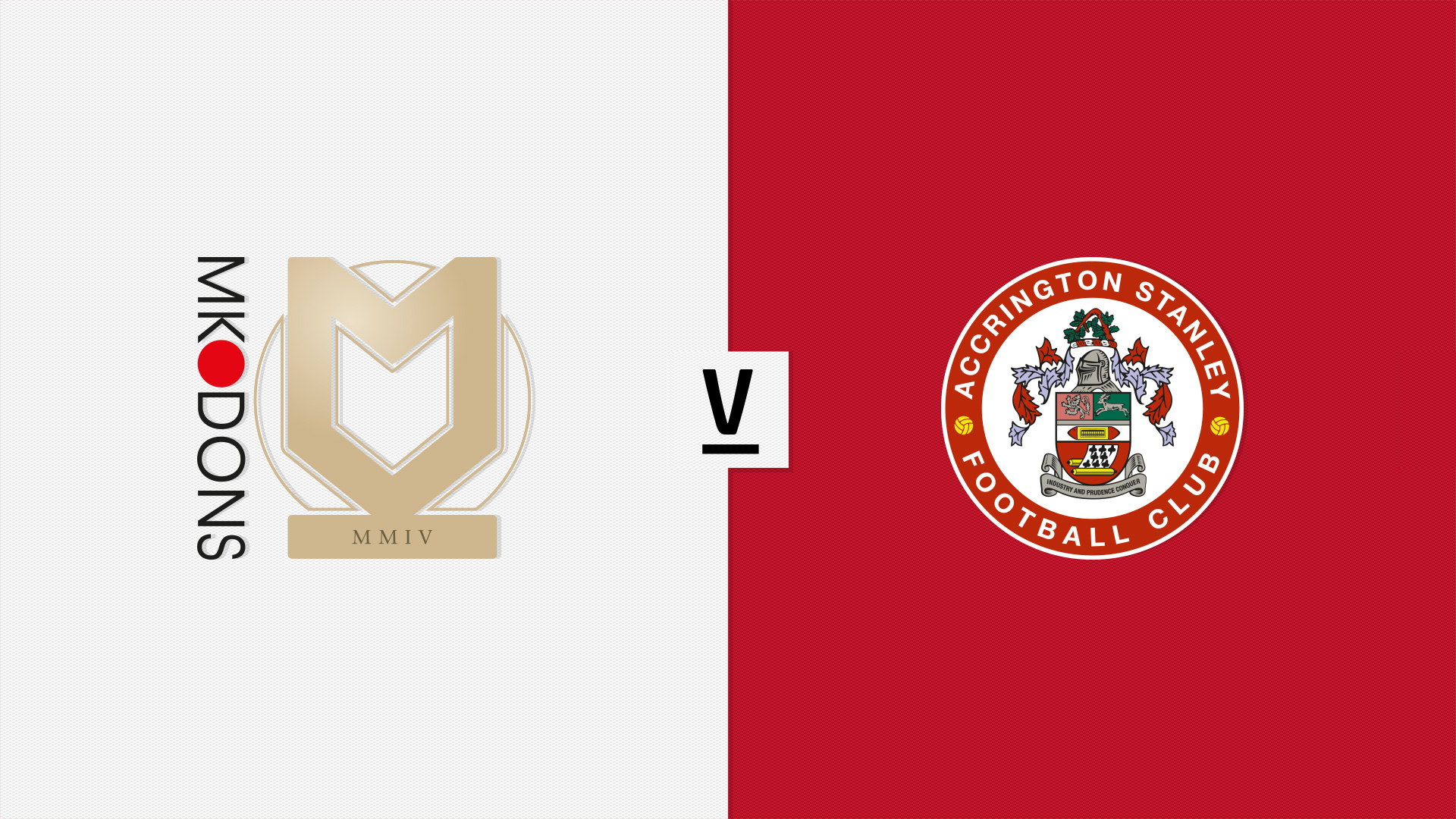 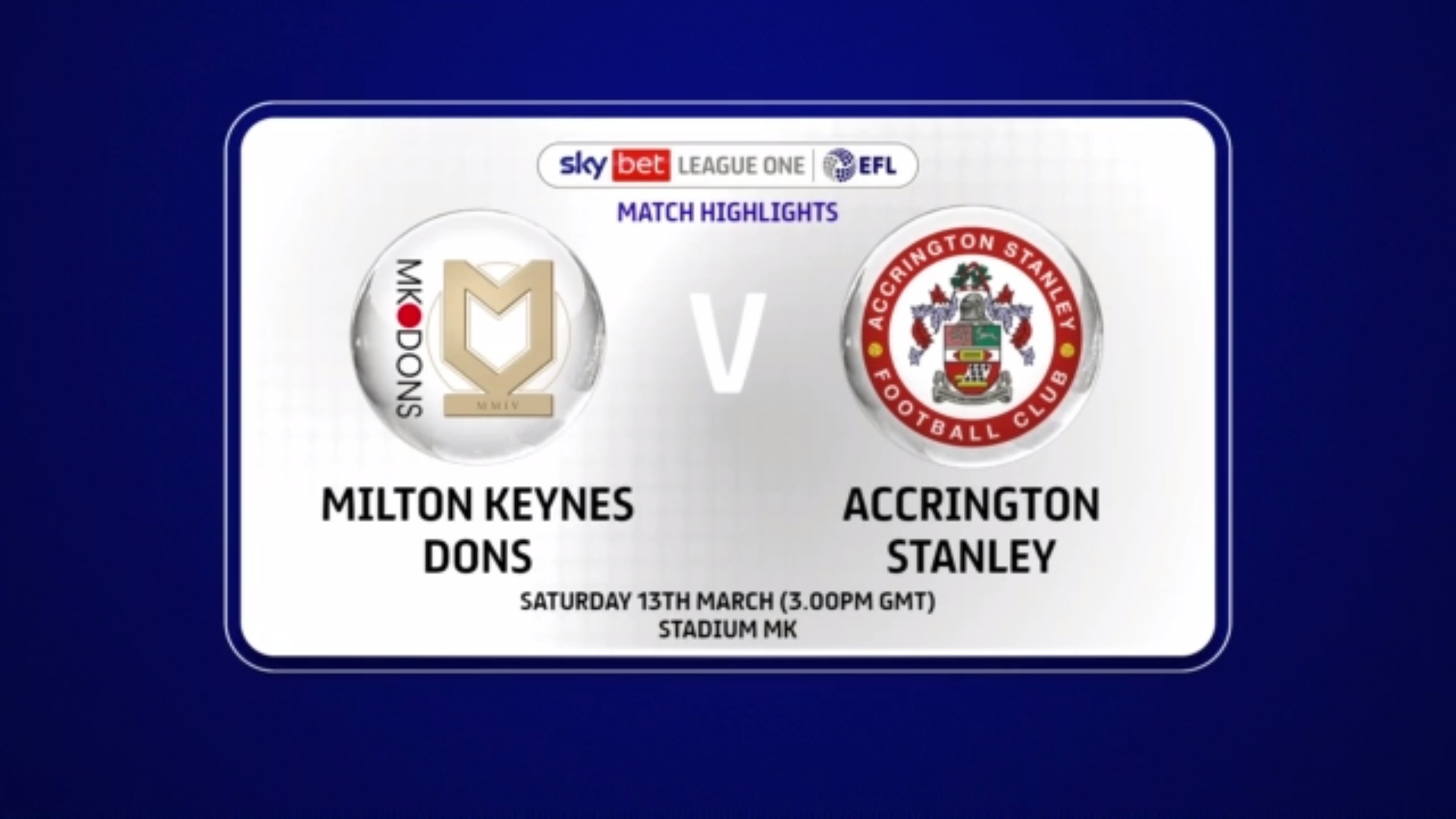 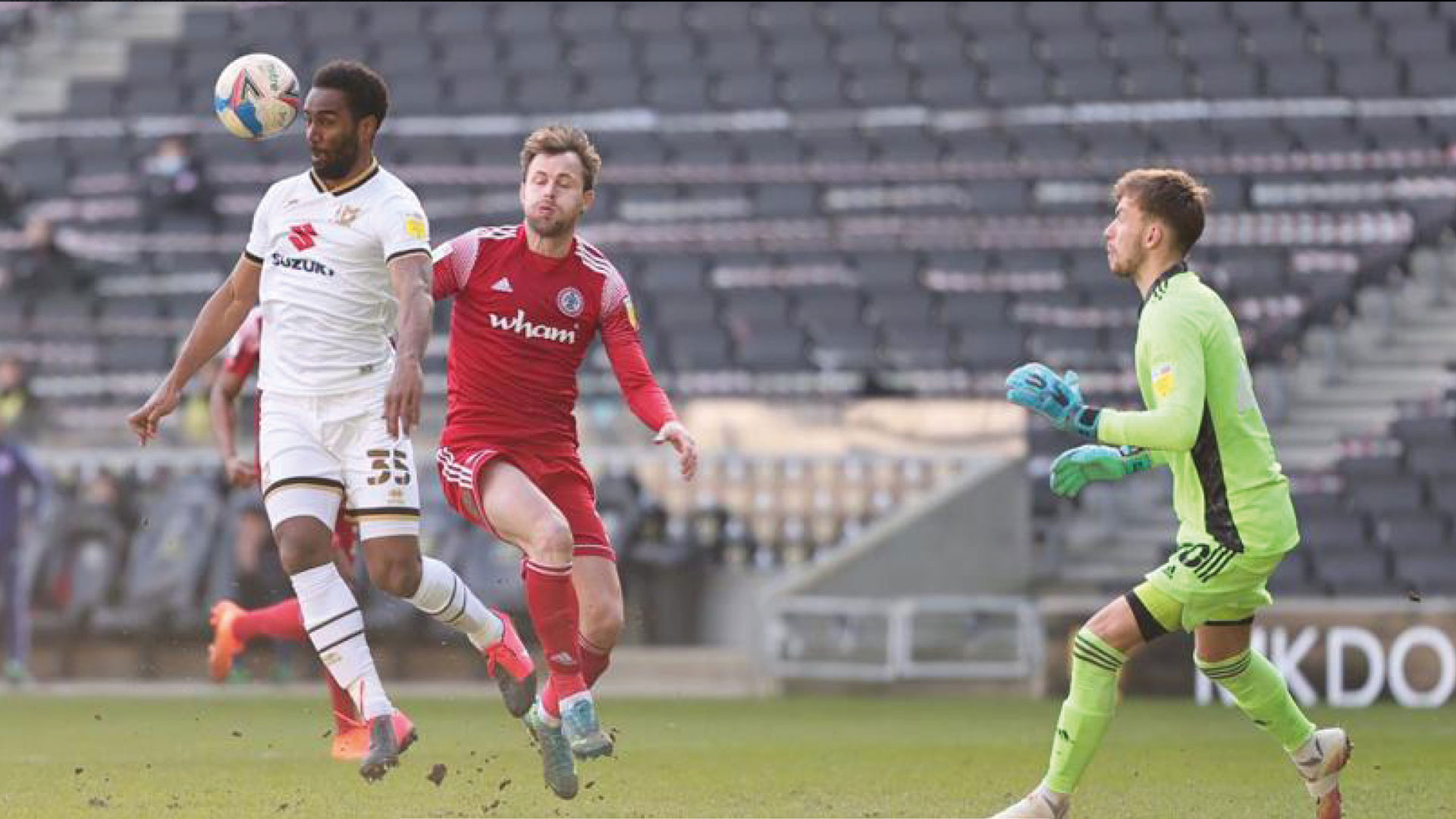