Russell Martin was left feeling angry and disappointed after dominant display from his side at Gillingham went unrewarded. MK Dons were beaten 3-2 by Gillingham in a topsy-turvy affair at the MEMS Priestfield Stadium.

Russell Martin’s men went in front after only four minutes through Will Grigg but goals from Jordan Graham and Vadaine Oliver, the first of which came from the penalty spot, saw Gillingham take the lead.

The Dons levelled before half-time through Warren O’Hora but it was the home side who would secure all three points courtesy of Connor Ogilvie’s second-half goal.

It's a defeat that sees Martin's side drop to 15th in the Sky Bet League One table. They are now 13 points clear of the relegation zone and 10 points adrift of the play-off places.

Grigg returned to the starting line-up for his 50th MK Dons appearance as one of three changes by Russell Martin. Also back in the XI were Zak Jules and Cameron Jerome, while Monday’s signing Josh McEachran was among the substitutes.

MK Dons made a strong start, winning the ball almost immediately from kick-off and then proceeding to keep possession for no less than three solid minutes before taking the lead through Grigg.

The lengthy passing move ended with Scott Fraser sending a ball into Grigg, who then drove to the edge of the area and fired a right-footed shot past Jack Bonham for his third goal in as many starts. 0-1.

Martin’s men continued their dominance and troubled Bonham’s goal once again on 17 minutes with an effort from Fraser which was dragged wide of the right post.

Gillingham threatened for the first time with 20 minutes played as Jordan Graham sent a shot across goal and wide. Kyle Dempsey then had an attempt blocked by Harry Darling into the side netting.

Despite being on the back foot for much of the first 25 minutes, the home side were handed a glorious opportunity to draw level when Warren O’Hora was adjudged to have handled inside the area. They took it, too, with Graham converting from the penalty spot. 1-1.

There was a half chance for Jerome as MK Dons went in search of an instant response but, despite beating Bonham to a long pass forward, the striker’s touch was too heavy for him to keep it in play.

Fraser then had a shot deflected wide and, from the resulting corner, forced a save out of Bonham with a well-struck left-footed effort.

With three minutes to play in the first half, the Dons had a penalty shout of their own when Laird went down in the area – this time, though, referee Sam Purkiss didn’t point to the spot.

That decision proved all the more pivotal a minute later as Gillingham took the lead through Oliver, who pounced on a defensive error to slot past Fisher. 2-1.

The Dons were shell-shocked and almost found themselves in a two-goal hole before the break but both Graham and then Oliver wasted opportunities for the home side.

They were, though, able to muster one final first-half chance from a corner and, with that, they levelled the scores.

Taken short by O’Riley to Grigg, the pair exchanged another set of passes before the latter fired a ball into the six-yard area where an on-rushing O’Hora was there to meet it and convert his first goal in professional football. 2-2.

After all the drama of the first 45 minutes, the second half took some time to get going. The Dons did work their way deep into the Gillingham box 10 minutes in, but weren’t able to fashion a shooting chance.

The first effort on goal arrived a minute later for Surman, who beat the offside trap to latch onto Jerome’s pass but wasn’t able to keep his half-volley down and on target.

Jerome had an opportunity of his own on the hour-mark, following a terrific run from Laird. The angle was tight for the Dons’ leading scorer, though, and he was denied by Bonham.

Gillingham’s first second-half shot came with 69 minutes on the clock – a rasping effort from Lee which Fisher did brilliantly to tip away from his goal.

Martin went to his bench with 18 minutes left to play, introducing McEachran for his Dons debut along with Jordan Houghton and Joe Mason.

Before either of the three could touch the ball, Gillingham were back in front – Ogilvie firing home a loose ball following a long throw into the Dons penalty area. 3-2.

In response, O’Riley bent wide from the edge of the area. Martin then brought on Matthew Sorinola in place of Jules, before O’Riley had another attempt from distance – this one sailed over the crossbar.

With eight minutes to play, Fraser had a stinging half-volley blocked on its way to goal. The Dons’ best chance at a late equaliser didn’t arrive until the fifth minute of stoppage when O’Riley was denied brilliantly by Bonham.

Darling headed wide from the resulting corner, with the game’s final action.


Russell Martin was left feeling angry and disappointed after dominant display from his side at Gillingham went unrewarded. 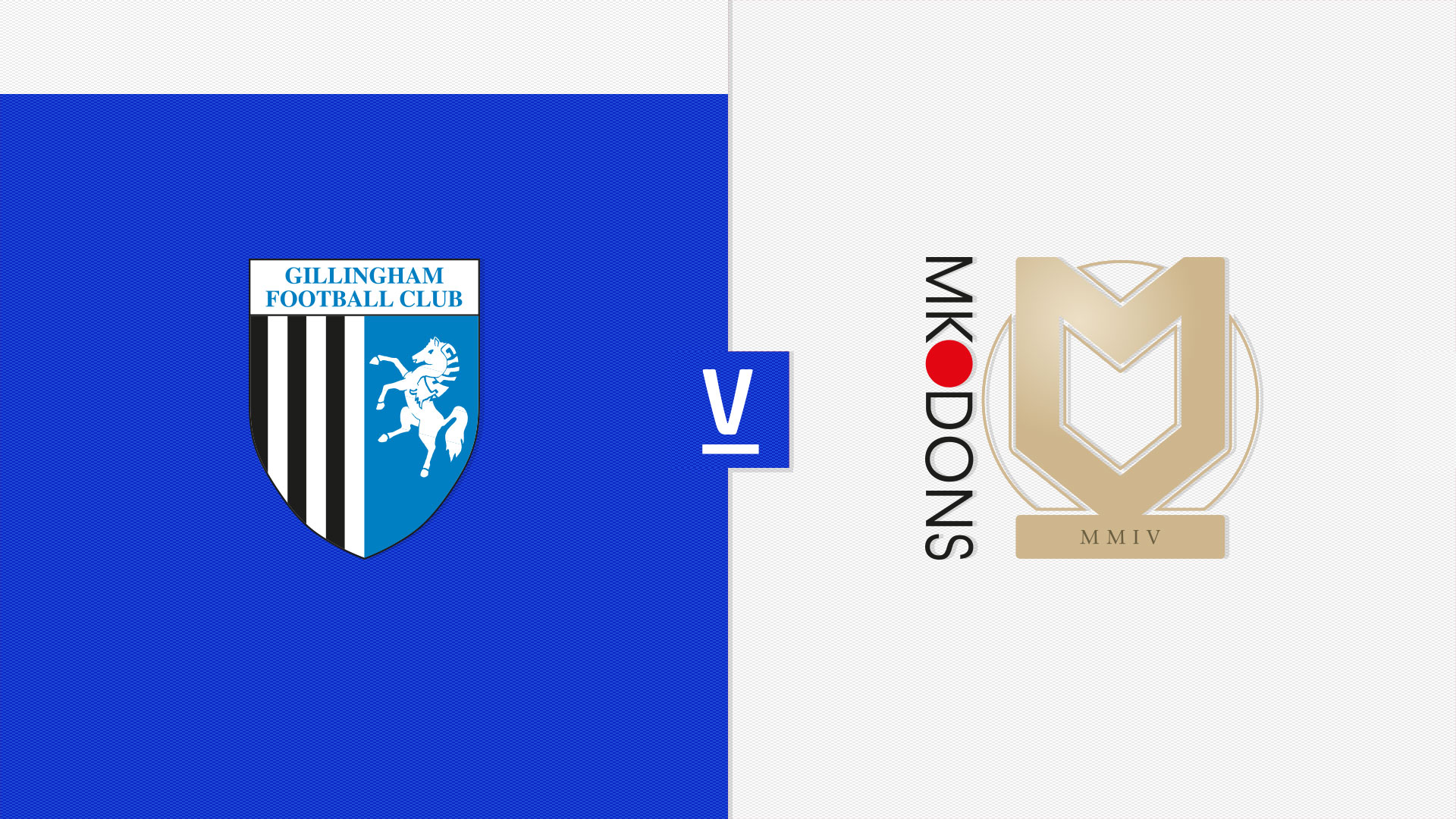 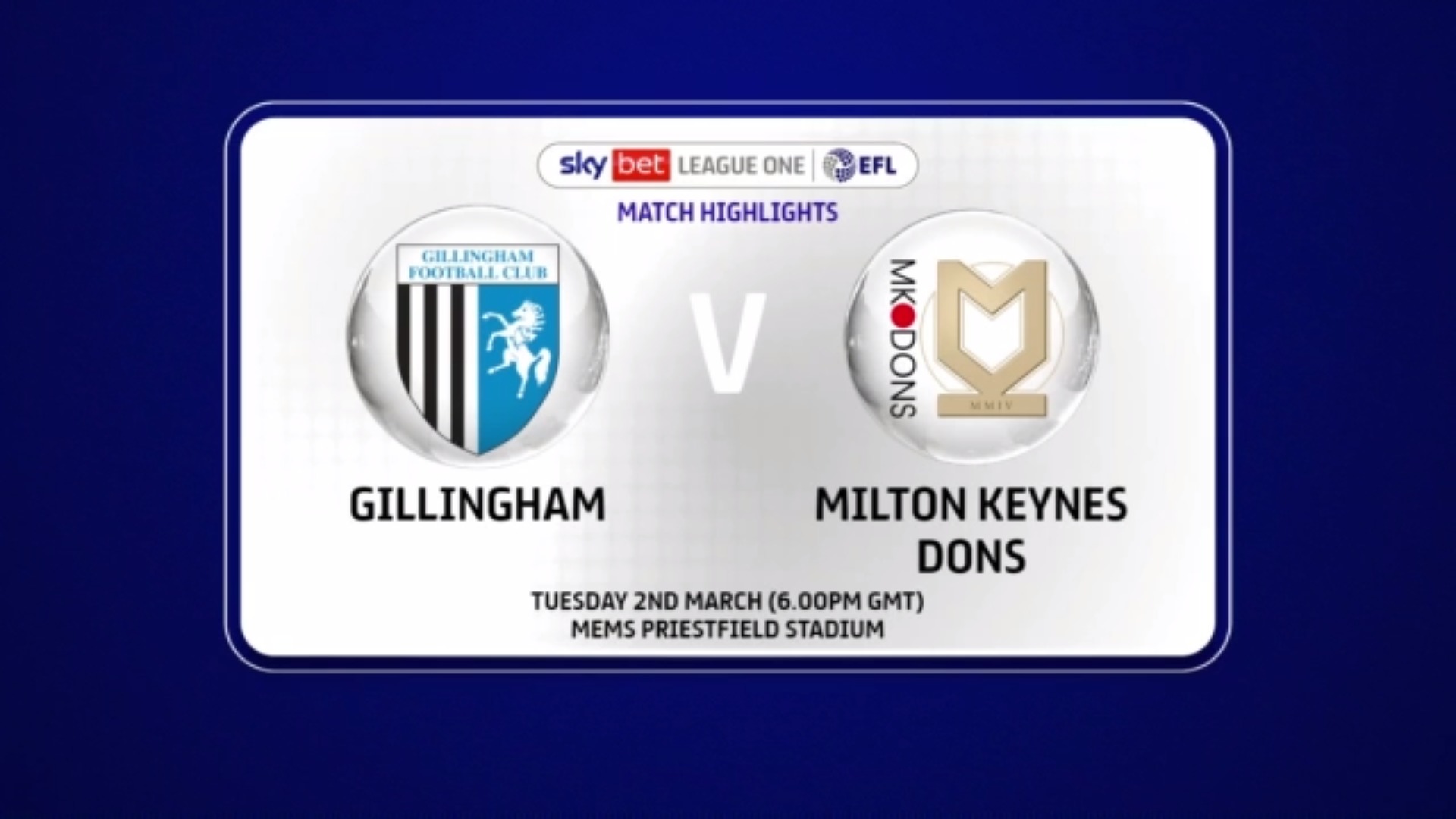 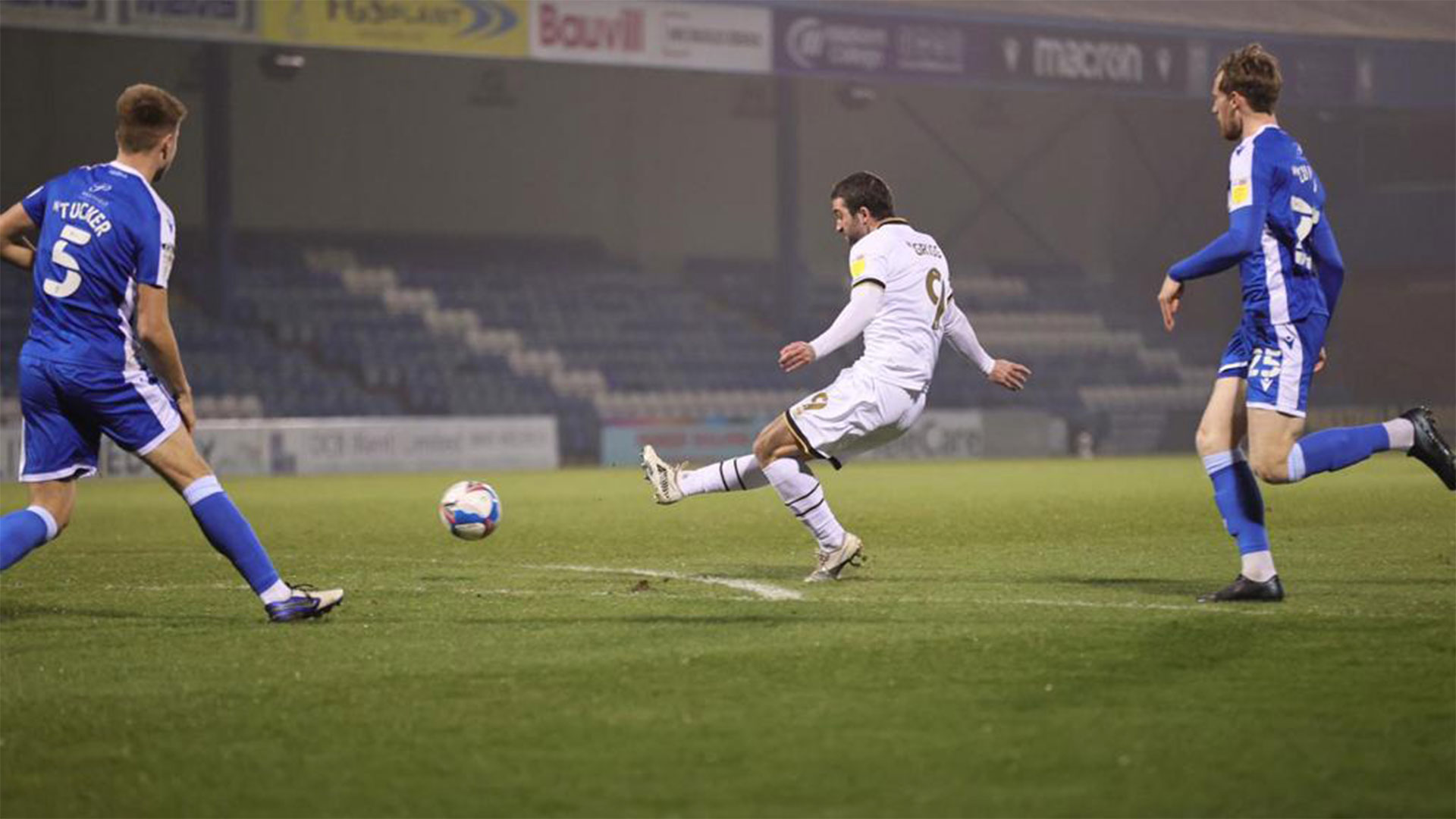