MK Dons made it three wins in a row thanks to a 2-1 triumph over Burton Albion at the Pirelli Stadium.

Lucas Akins pulled a goal back for the hosts with a penalty of his own, 17 minutes from time, but the Dons were able to see out the remainder of contest to secure a victory which sees them climb to 13th in the Sky Bet League One table.

MK Dons were unchanged for the fourth game in succession, with Ethan Laird and Josh McEachran both able to shake off their injuries from midweek. Charlie Brown was back too from injury and was among the substitutes this afternoon.

The first chance of the game arrived seven minutes in from a corner taken short to Fraser. He gave it back to the taker, Matt O’Riley, whose whipped cross was guided over by the head of Harry Darling.

Fraser was involved again three minutes later, nodding down a Laird cross for Cameron Jerome, who was just beaten to it by a Burton defender.

The former Brewers midfielder wasn’t going to be denied against his former club, however, and he scored on the quarter-hour mark to give MK Dons the lead.

O’Riley’s cross was aimed towards Fraser but was intercepted by the hand of a diving Thomas Hamer. That provided the Scot with a chance to add to his 10-goal tally from the penalty spot, which he duly took advantage of, despite Ben Garratt guessing the right way. 0-1.

Jerome had the ball in the net five minutes later, after beating Garratt to a ball and slotting into an empty net, but referee Ross Joyce adjudged the striker to have been dangerously high with his foot when poking the ball past the Burton goalkeeper.

Burton’s first attempt on goal arrived just before the half-hour when Terry Taylor sliced a long-range effort high and wide of Fisher’s goal. At the other end, Jerome intercepted a cross-field pass but wasn’t able to get the ball under control and create a shooting chance.

Fisher was called into action again in the final minute of the first half to punch clear a dangerously deflected ball into the box. That kept the Dons’ advantage intact heading into the break.

Martin’s men made a bright start to the second half and, following an excellent run by McEachran, O’Riley had an effort which flew over the crossbar. Moments later, Fisher produced a stunning double save to deny Lucas Akins and then Kane Hemmings – the latter from point-blank range.

Despite the chance, it was Dons in control and they got a second goal to show for their dominance with an hour played.

From an O’Riley corner, Darling and then Laird got their heads to the ball before O’Hora nipped in to the gap in the Burton defence and looped home a header from six yards out. 0-2.

Martin made his first change of the game with 25 minutes to go, replacing the impressive McEachran with Louis Thompson in the middle of the park. His side then went close to extending their lead, but Laird, after getting into the box, saw his low cross blocked.

Out of nothing, Burton were awarded a penalty for a foul by Laird inside his area and they were able to reduce the deficit through Akins, who converted past Fisher from 12 yards. 1-2.

The contest was scrappy from then on, with Burton, buoyed by their goal, putting Martin’s side under pressure in search of a leveller.

There were several long balls – and throws – sent directly into the penalty area but, to a man, the Dons stood firm – with Fisher on hand to save the only shot on goal they produced in the closing stages.

A big cheer engulfed the away dugout when the referee’s whistle blew after six-and-a-half minutes of stoppage time, as the Dons celebrated a win that lifts them to within five points of the play-off places. 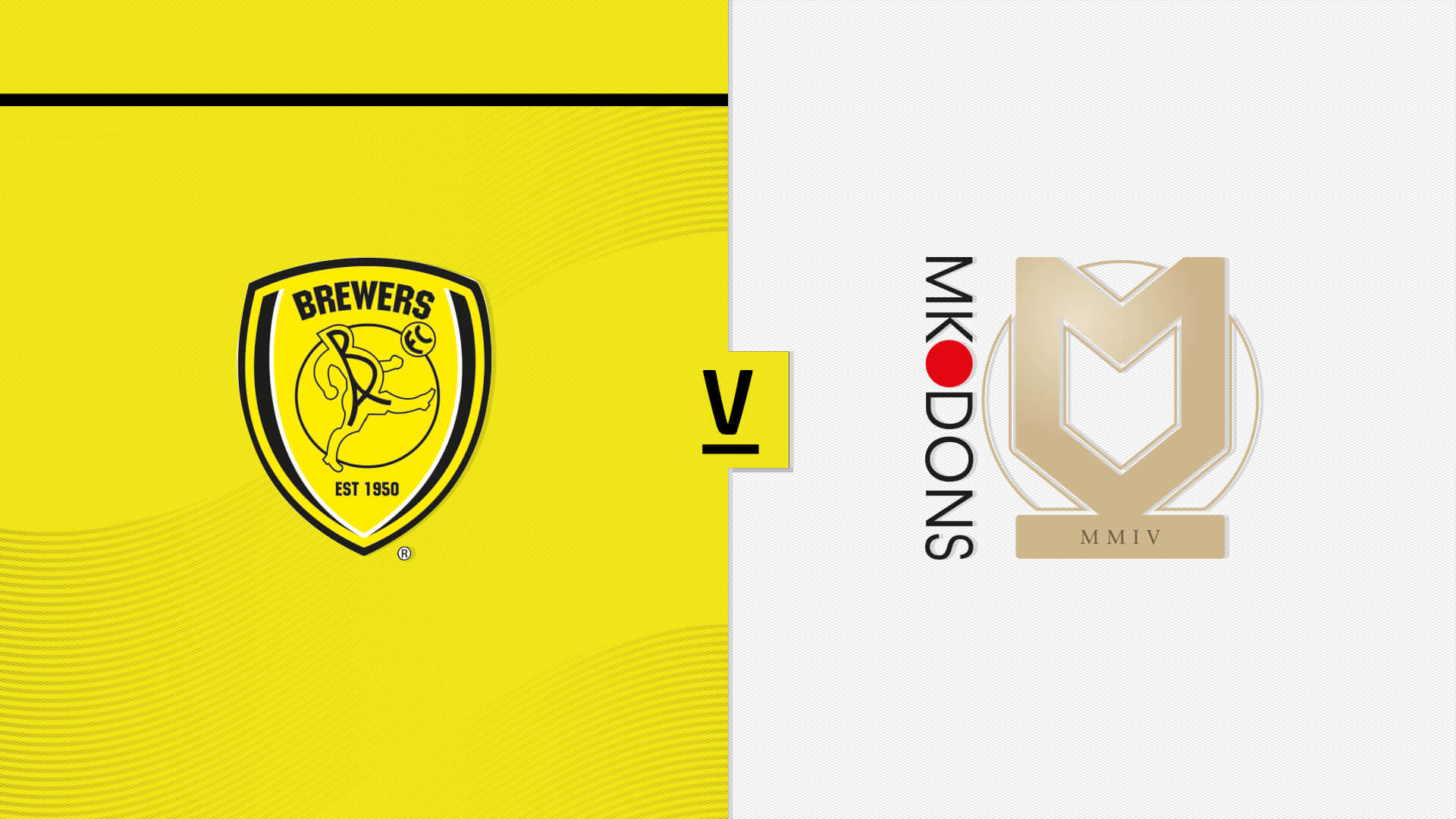 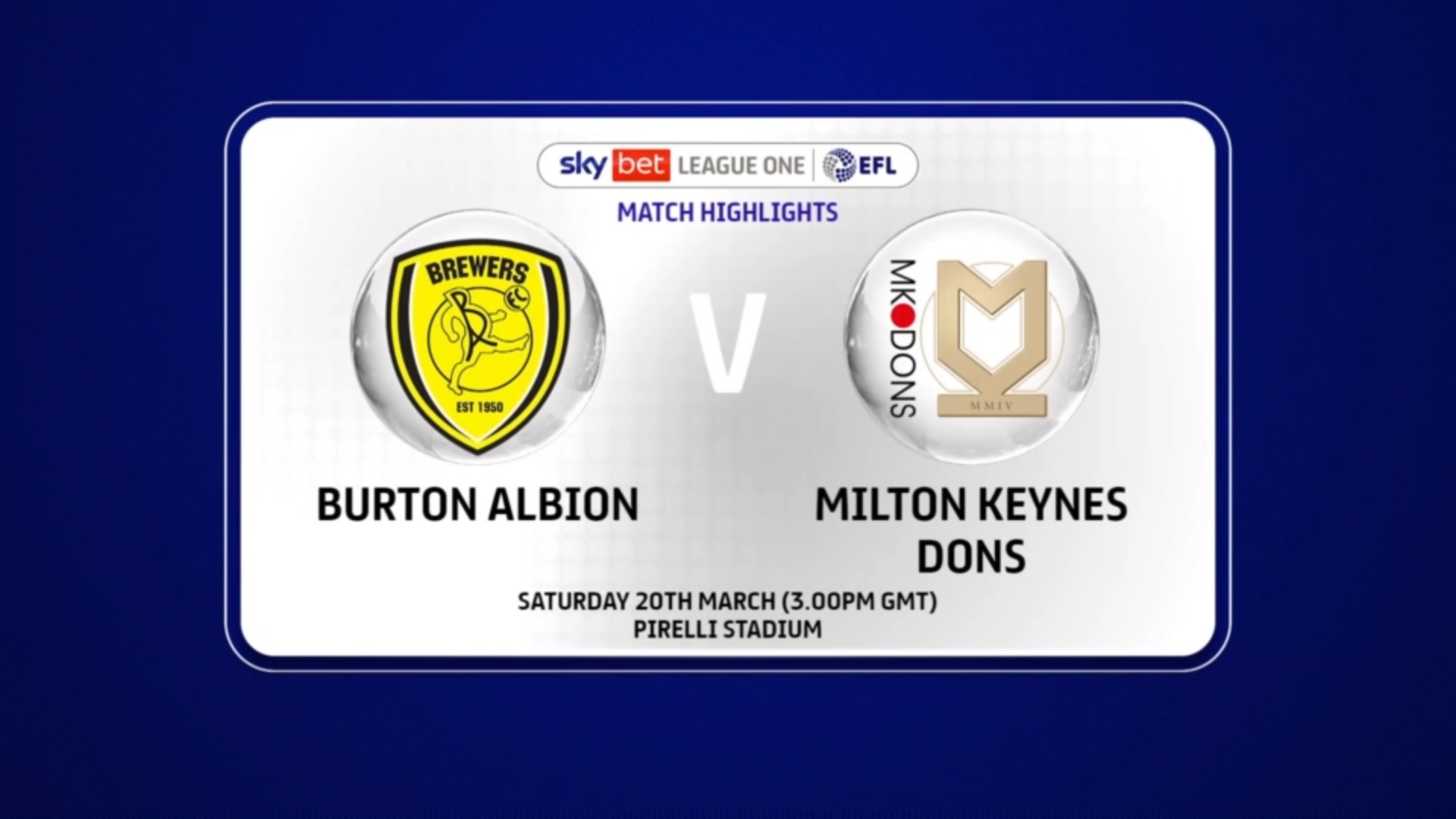 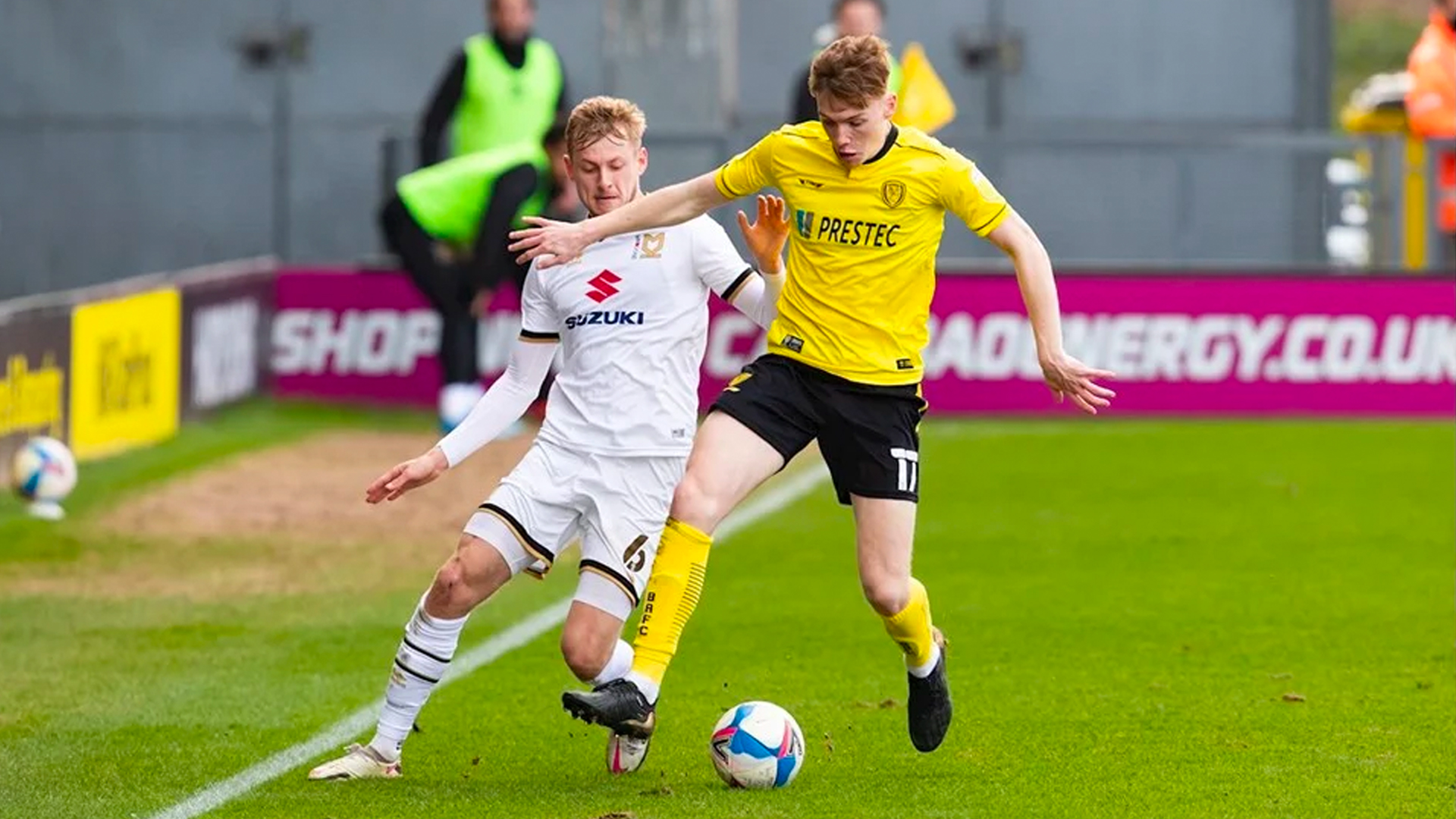