Zak: Style of play a joy to be involved in


Zak Jules has praised Russell Martin and his staff for implementing a style of play that brings the best out of everyone at Stadium MK.


Scott Fraser has had 10 goal involvements in his 26 Sky Bet League One games and says he’s enjoying the responsibility Russell Martin gives him.


Russell Martin sung the praises of his MK Dons squad following their stunning second-half display in Tuesday’s 4-1 victory over Rochdale. 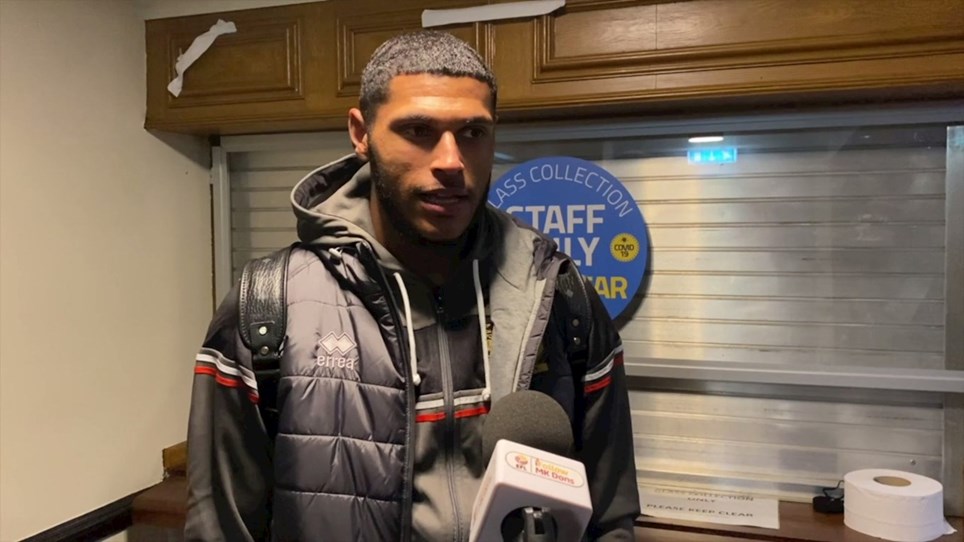 Russell Martin’s men went ahead just five minutes in through a terrific Matt O’Riley strike but Matthew Lund slotted past Andrew Fisher to level the scores before half-time.

The Dons, though, were simply unstoppable after the break and three goals before 62 minutes was played saw them establish a 4-1 lead they didn’t surrender.

Zak Jules kicked things off with his first MK Dons goal, before Scott Fraser and Cameron Jerome also got themselves on the scoresheet. Will Grigg, on his return to Dons, was credited with two assists.

It was a result which did wonders for the Dons’ league position. They climbed up to 14th in the Sky Bet League One table, moving 11 points clear of the bottom four and within just eight of the play-off places.

Grigg was handed his first start since returning to MK Dons, as Russell Martin made two changes to his starting XI. The Sunderland loanee replaced Joe Mason in attack while Andrew Surman came in for the injured Louis Thompson.

Both teams sent early cross into the box – Stephen Humphrys for Rochdale and Zak Jules for MK Dons. Both balls in were dealt with by the respective backlines.

The Dons then came forward again, in the fifth minute, down the opposite flank, and took the lead thanks to O’Riley.

Laird created it with a terrific run down the right, before he found Grigg with a low cross. The striker then teed up O’Riley, who, from the edge of the area, bent a delightful left-footed shot around the Rochdale goalkeeper and into the far corner of his net. 0-1.

Jules had an opportunity to double the lead a minute later, working his way into the area before having a shot at goal – one which was saved by Gavin Bazunu at his near post.

Despite a dominant opening 13 minutes, there was, potentially, a let off for the Dons when referee Carl Boyeson opted against awarding the hosts a penalty, following Alex Newby’s fall inside the box.

Darling was soon forced to clear inside his six-yard box to prevent Humphrys low ball from connecting with a Rochdale teammate. Fisher was then called into action for the first time to keep out a close-range attempt by Matthew Lund.

The Dons responded with a well-worked move down the left involving Jules and Grigg but it resulted in a cross from Scott Fraser, which looped over Bazunu’s goal. Another attack down that flank, less than a minute later, saw Jerome fire wide.

Darling went close just before the half-hour with an audacious quick free-kick from half-way, which Bazunu had to palm behind. He and Laird both had sniffs from the resulting corner before Fraser volleyed off target.

With eight minutes to play in the first half, Humphrys dragged a shot from 25 yards after his teammate Lund forced the Dons into a mistake at the back. Humphrys was involved again a minute later as the hosts equalised - he set up Lund to finish from close-range. 1-1.

Martin’s men went in search of an instant response but Jules fired into the side netting from a tight angle. Rochdale were then gifted an opportunity to take the lead but Fisher made amends for his loose pass with a terrific save to deny Newby.

Just as the half was drawing to a close, the Dons thought they’d put themselves back in front through Jules’ deflected effort but the officials, under the impression that Jerome’s slight touch came while was in an offside position, chalked it off after a lengthy deliberation.

The Dons went within a whisker of restoring their lead at the start of the second half but Laird’s low cross was just behind a lurking Jerome, who would have had a simple finish at the far post.

Martin’s men kept the pressure on, though, and with 54 minutes on the clock they got themselves back in front.

Jules’ run forward resulted in a corner, which was delivered in by O’Riley. Jerome’s initial header struck the crossbar but Jules was alert to pounce on the loose ball and head home his first goal in an MK Dons shirt. No flag this time. 1-2.

Within three minutes, the lead was doubled and it was all the work of MK Dons’ number 10 – Scott Fraser.

Winning the ball deep in Rochdale territory, Fraser then skipped past a challenge from Haydon Roberts before carrying the ball to the edge of the D and whipping a left-footed shot past the helpless Bazunu. 1-3.

The Dons smelt blood and just past the hour they made it three goals in seven minutes to put the game beyond their hosts.

The move started at the back with Fisher, and led to Fraser and Grigg combining brilliantly on the edge of the box. It was the latter who then crossed low for MK Dons’ leading marksman, who slide in and converted his 11th goal of the campaign. 1-4.

Grigg went close to a goal of his own shortly after that but saw his cheeky flick, from Jules’ low delivery, blocked by a Dale defender. He was then joined in attack by Joe Mason, who replaced Jerome, while Matthew Sorinola came on for Jules.

The MK Dons number 9 had another opportunity to re-open his Dons account with 72 minutes played but fired wide from just inside the area. That was his final involvement, as Charlie Brown took his place for the final 13 minutes.

Brown was involved immediately, winning the ball and providing an opportunity for Mason, whose shot across goal was blocked. At the other end, Rochdale substitute Kwadwo Baah produced a moment of brilliance to work his way into the penalty area, but saw his strike bend past the post.

In the closing stages, Mason saw a shot saved by Bazunu, who also did superbly well to prevent Fraser’s curling effort from finding the net. Mason was also denied a late penalty by referee Carl Boyeson, but that did little to change the Dons’ mood come the final whistle.

On a bitterly cold night in Rochdale, Russell Martin and his men did their best to warm the spirits of everyone associated with the Dons.

Zak: Style of play a joy to be involved in


Zak Jules has praised Russell Martin and his staff for implementing a style of play that brings the best out of everyone at Stadium MK.


Scott Fraser has had 10 goal involvements in his 26 Sky Bet League One games and says he’s enjoying the responsibility Russell Martin gives him.


Russell Martin sung the praises of his MK Dons squad following their stunning second-half display in Tuesday’s 4-1 victory over Rochdale. 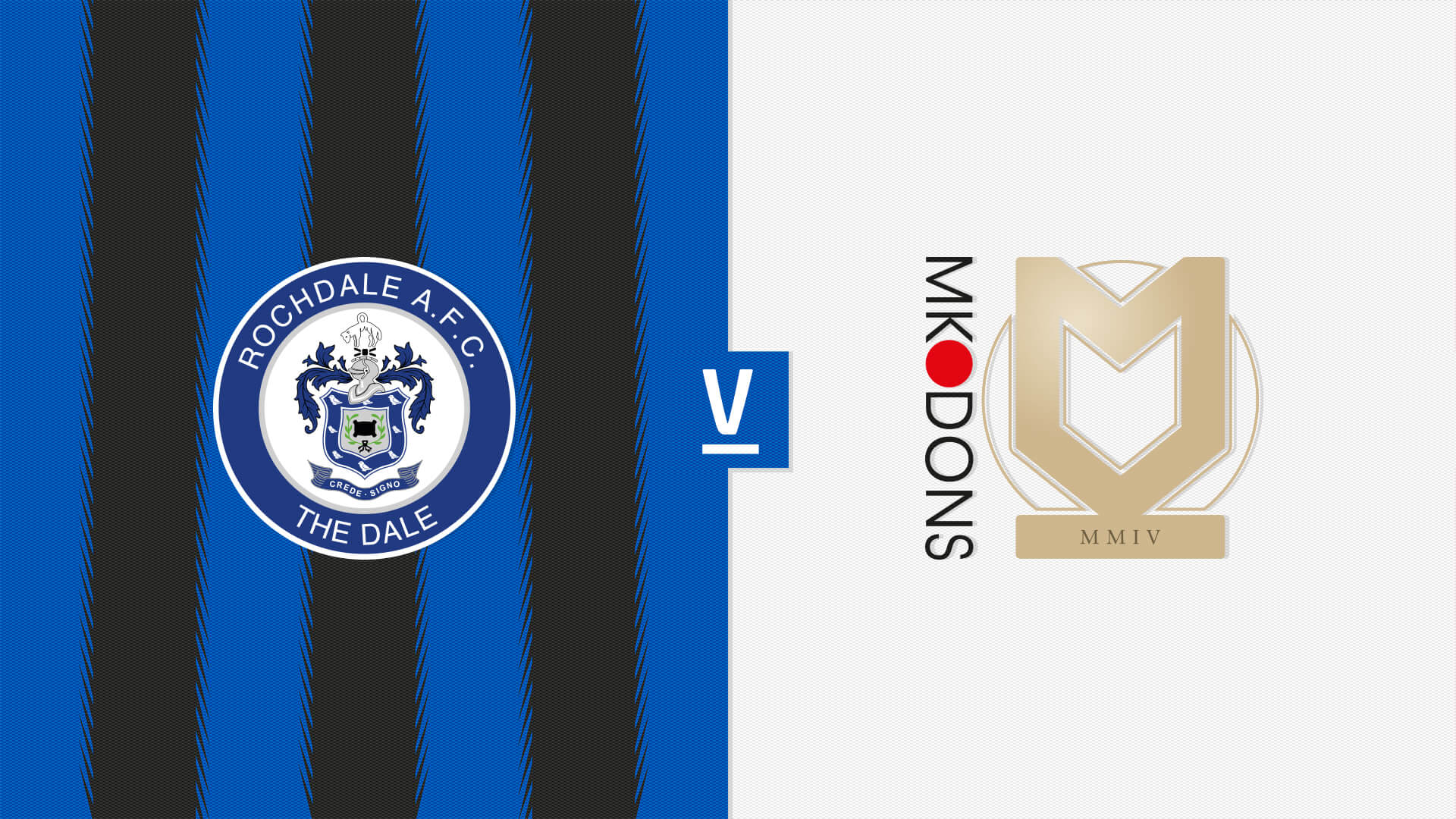 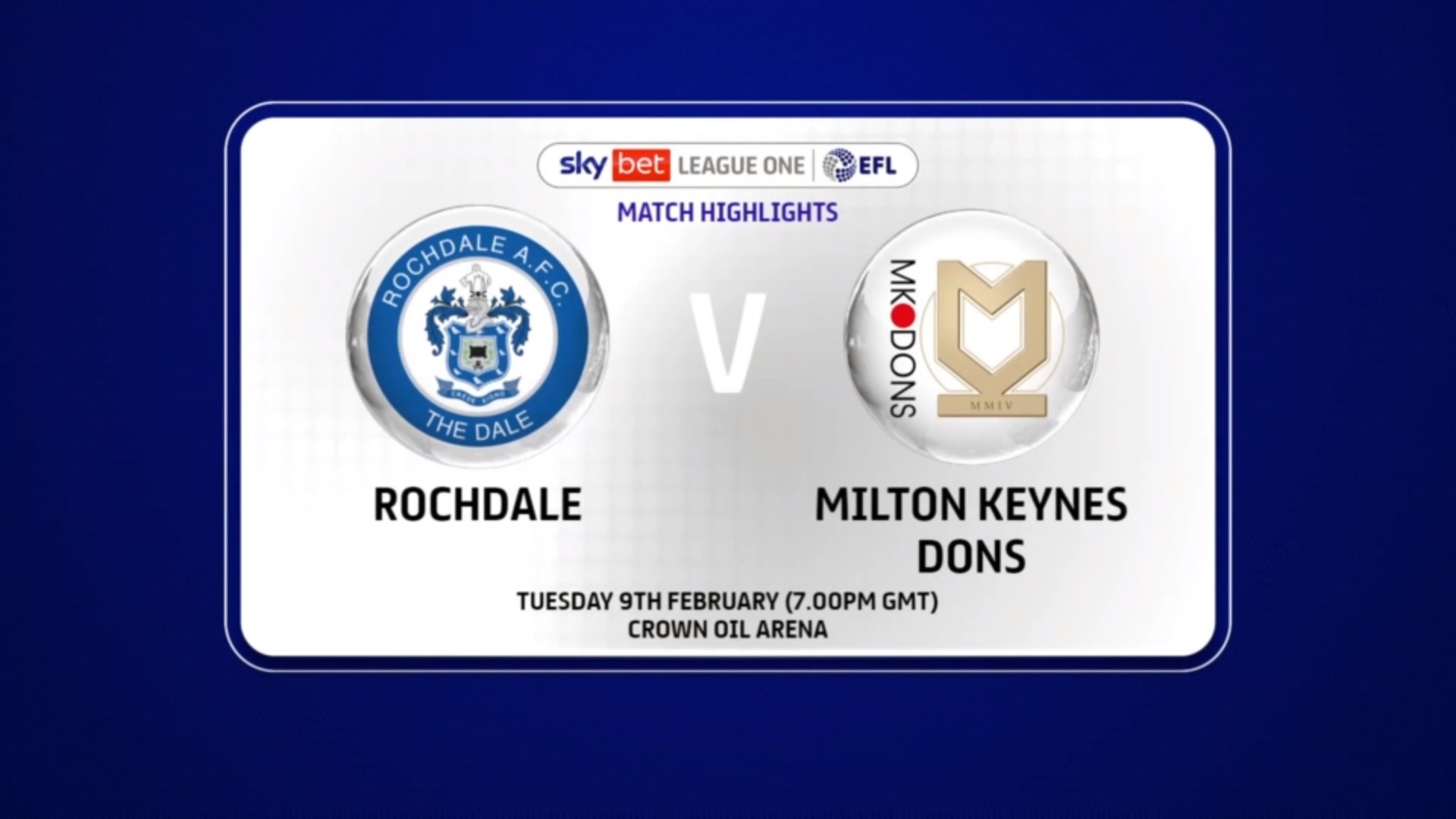 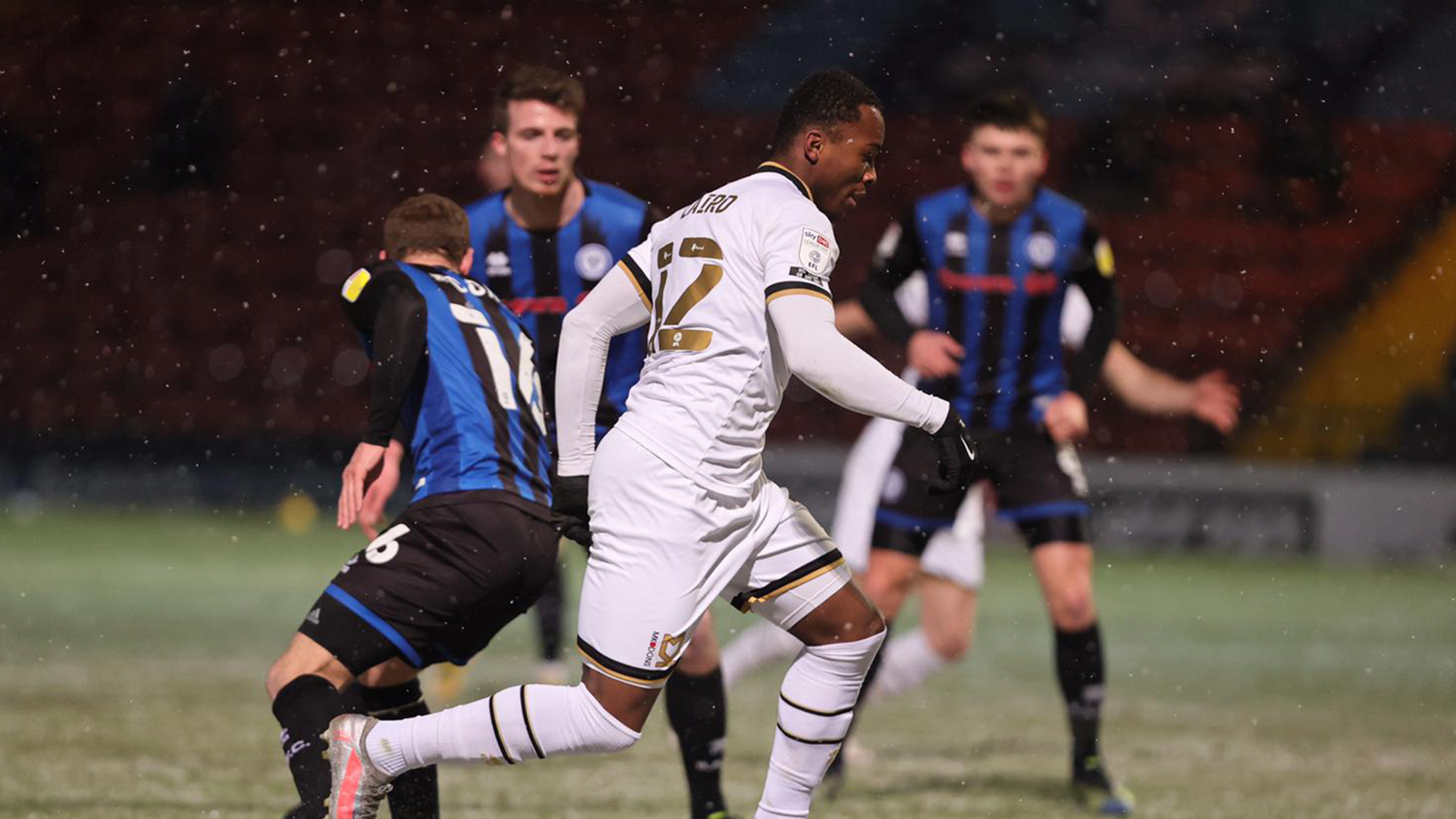