MK Dons return to Sky Bet League One action this afternoon as Sunderland make the long journey back down to Stadium MK.

MK Dons have lost just three Sky Bet League One games at Stadium MK this season and have conceded only 13 goals from those 12 home matches.

Russell Martin's men have also won four of their last six league games - form which has them within three points of the top half in Sky Bet League One.

They will both records on the line against a Sunderland outfit who are one of the best away from home in the division - they've not lost a single game on their travels in 2020/21.

THE OPPOSITION
Sunderland currently sixth in Sky Bet League One, are in good form, having lost just one of their last 12 matches in all competitions - a run which has seen them pick up seven victories and keep seven clean sheets.

Lee Johnson has led the revival since being appointed manager back in December 2020. He has also managed to add to his squad in January, signing Carl Winchester from Forest Green Rovers as well as Ross County striker Ross Stewart. Stewart joins a strikeforce that is led by Charlie Wyke, who has 16 goals to his name this season. Chris Maguire, Grant Leadbitter and Aiden McGeady are other goal threats.

Elsewhere, Sunderland have a number of talented individuals in their side with the likes of Max Power, Luke O'Nein and Denver Hume all options for Johnson.

The Dons went behind in unfortunate fashion as Jack Diamond's cross took a deflection off Dean Lewington and wrong-footed Lee Nicholls.

The Dons dominated large spells of the second half, however, two quick-fire Sunderland goals from Aiden McGready and Charlie Wyke took the sting out the tie, as the Black Cats progressed into the Semi-Finals.

FIGHTING TALK
Russell Martin: "It will be a tough game, there’s no doubt about it. They will right up there this season, with the players they have for this level. They have real strength of depth. There is an expectation at that Club to be up there and they have a manager who has come in and embraced that.

"I do believe we’ve always performed well against the teams in the top half of the league. We have to make sure the same goes for Saturday.

Lee Johnson: "MK Dons are a good side, they're excellent at recycling the ball, they're strong when they go a goal up, and we certainly have no divine right to expect to turn up and win.

"We have to be absolutely at it, we have to be physically on it and play with a lot of running power. Every opportunity to capitalise and put pressure on must be taken."

TEAM NEWS
MK Dons will be able to welcome back a number of players who were cup-tied for Tuesday's meeting with Sunderland.

Charlie Brown, Harry Darling, Ethan Laird and Deadline Day signing Zak Jules are all available for selection, with the latter in line to make his Dons debut should he feature. Will Grigg, who also joined on Monday, won't be able to play due to terms of his loan deal from Sunderland. In terms of injuries, Russell Martin is hopeful of having Andrew Surman invovled once again. The midfielder has been sidelined since limping off in the defeat to Peterborough United in early January.

Sunderland look set to remain without defender Bailey Wright, who is sidelined through concussion while Callum McFadzean is a doubt after the defender limped off during Tuesday's clash at Stadium MK.

Today's game may come too soon for new signing Ross Stewart following his move from Ross County but Dion Sanderson, Jake Vokins and Carl Winchester all return after being cup-tied in midweek.

OFFICIALS
Tom Neild will be the man in the middle this afternoon at Stadium MK.

Mr Neild has overseen 18 matches so far this term, producing a total of 63 yellow cards. He is yet to send someone off, but has awarded two penalties.

His assistant referees are Stuart Butler and Danny Gratton, while the fourth official is Sam Purkiss. MK Dons and Sunderland played out a 2-2 draw on Saturday afternoon, in an entertaining Sky Bet League One encounter at Stadium MK.

The Dons fell behind to a fifth-minute goal from Charlie Wyke but responded brilliantly, with Mason and then Jerome putting them in front at the break – the latter with his 10th goal of the campaign.

Sunderland would restore parity 11 minutes into the second half but, while both sides enjoyed second-half spells, neither were able to steal the spoils.

The result keeps MK Dons in 16th place in the Sky Bet League One table. They remain eight points clear of the bottom four and three points adrift of the top half.

Zak Jules was handed his MK Dons debut as the only change from the team which beat AFC Wimbledon in the Dons’ last league outing. Ben Gladwin, a substitute in that 2-0 win at Plough Lane, was missing after suffering an injury in midweek – he was replaced by the returning Andrew Surman.

The Dons were out to make amends for their Papa John’s Trophy defeat to the Black Cats in midweek but fell behind after only five minutes as Wyke latched onto a through pass and slotted past Andrew Fisher. 0-1.

In response, Russell Martin’s men won a corner from which Cameron Jerome went agonisingly close to converting a Matt O’Riley cross. The Dons kept the play alive, though, and managed to restore parity through Mason.

Scott Fraser had the initial effort on goal which was parried by Lee Burge into the path of Jerome. His follow-up effort was brilliantly kept by the Sunderland goalkeeper but Mason wasn’t to be denied, rushing onto the loose ball and poking home his fifth goal of the season. 1-1.

The dominating Dons went close to a second soon after but, after being picked out brilliantly by Harry Darling and beating Burge to the ball, Ethan Laird failed to direct his effort on target.

Laird was involved as MK Dons came forward again on 20 minutes - and this time they did take the lead.

The Manchester United loanee cut in from the right but after being closed down, found O’Riley outside him. The midfielder did brilliantly to create space and deliver a low cross towards goal – a cross which was  directed past Burge by the outstretched leg of Jerome. 2-1.

Fisher was called into action two minutes later to keep the Dons’ advantage intact, diving to his left to keep out Wyke’s attempt on goal. Martin’s men then went close at the other end as Darling picked out Laird with cross-field pass – Laird, in turn, found Mason, who scuffed his effort.

On the half-hour, Wyke had a great opportunity to score his second but blazed over when well placed inside the Dons penalty area. Jules also went close for the Dons, but was denied by a terrific punch from Burge.

Sunderland were the next to go close – Power firing over with a first-time volley from Aiden McGeady’s cross. Grant Leadbitter also missed the target with an ambitious 20-yard try.

The Black Cats were looking threatening as the first-half drew to a close and it took a flying block from Jules to prevent Power’s fierce strike from troubling Fisher with 39 minutes on the clock. The Dons goalkeeper then saved from Lynden Gooch.

Martin was forced into a change three minutes before half-time with Louis Thompson picking up an injury off the ball - he was replaced by Surman. That led to two minutes added time, after which the half-time whistle blew.

The Dons went close to a third at the very start of the second half but Jerome headed wide. Mason then found himself in on goal down the left but saw his goal-bound attempt blocked by Bailey Wright.

Martin’s men weren’t able to capitalise on a fast start, though, and they soon found themselves back on level terms courtesy of O’Nien’s 55th-minute finish.

The Sunderland midfielder was fortunate to be in the right place at the right time to trap an off-target shot from McGeady and then find the far corner with a left-footed shot. 2-2.

Daniel Harvie came off the bench with an hour played in place of debutant Jules. He and his fellow defenders were forced to hold off a Sunderland storm following the goal – the Black Cats were clearly buoyant after their leveller.

The visitors were denied a penalty on 67 minutes despite the ball appearing to strike Darling’s arm inside the box. Fisher was then forced to tip a cross-turned-shot over his own bar to prevent a disastrous third.

Charlie Brown as Martin’s final substitute as he came on to replace Mason with just over quarter of an hour left in regulation time. He was involved early, going close to picking out Jerome with a cross.

There were more moments of controversy involving referee Tom Nield, who refused to award O’Nien a second yellow card following a blatant foul on Laird, before waving away appeals for a scythed-tackle on Jerome – despite his better-placed assistant flagging for a free-kick.

Still, the Dons kept pushing and Laird had an opportunity with eight minutes to play – the wing-back did well to bring a cross under control but couldn’t convert with his left foot.

Fraser threatened with six minutes to play, sending a shot towards goal only to see it blocked by the head of Wright. At the other end, Fisher was forced into a diving save to prevent Jordan Jones’ shot sneaking in at his near post.

Fisher was called upon again with two minutes to play, getting down to keep out McGeady’s shot before reacting well to gather the rebound.

In the first of five minutes of stoppage time, Harvie whipped in a cross for Jerome, who was just beaten to it by Willis. Power then tried his luck with an audacious quick free-kick from distance, but the Sunderland man couldn’t find the target.

Harvie won the Dons a free-kick with 90 seconds left to play but while Laird got his head to Fraser’s cross, he put his effort wide.

The final chance of the game fell the way of Sunderland and their winger McGeady but, after composing himself in the area, he was denied in stunning fashion by Fisher – and with it, the points where shared. 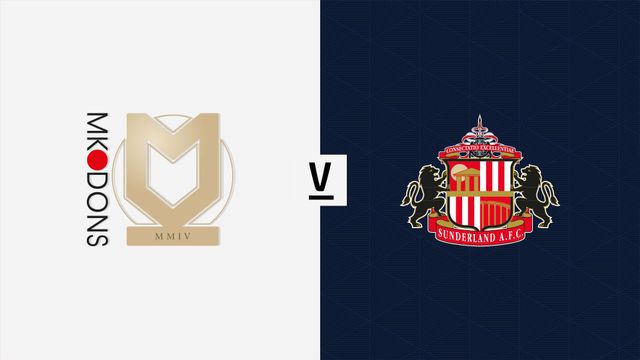 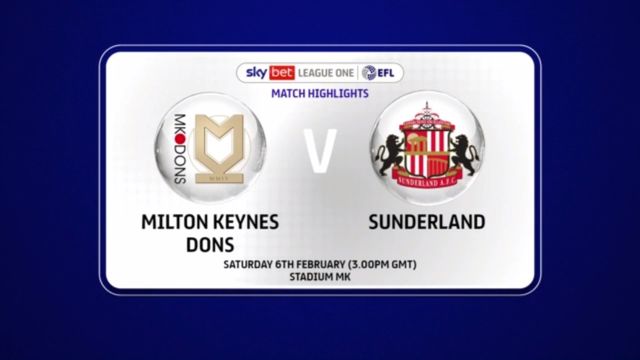 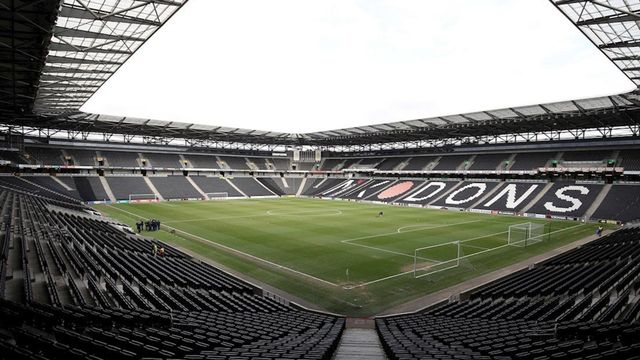