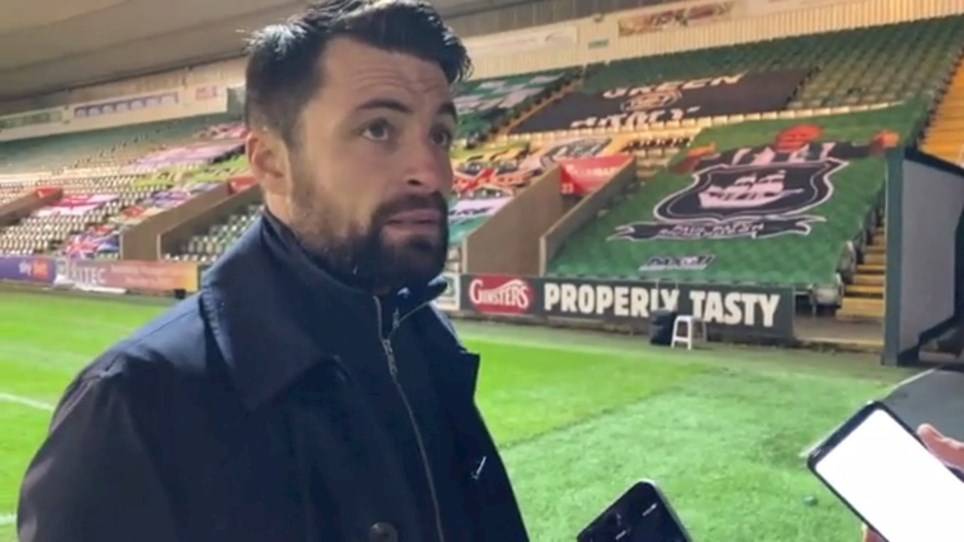 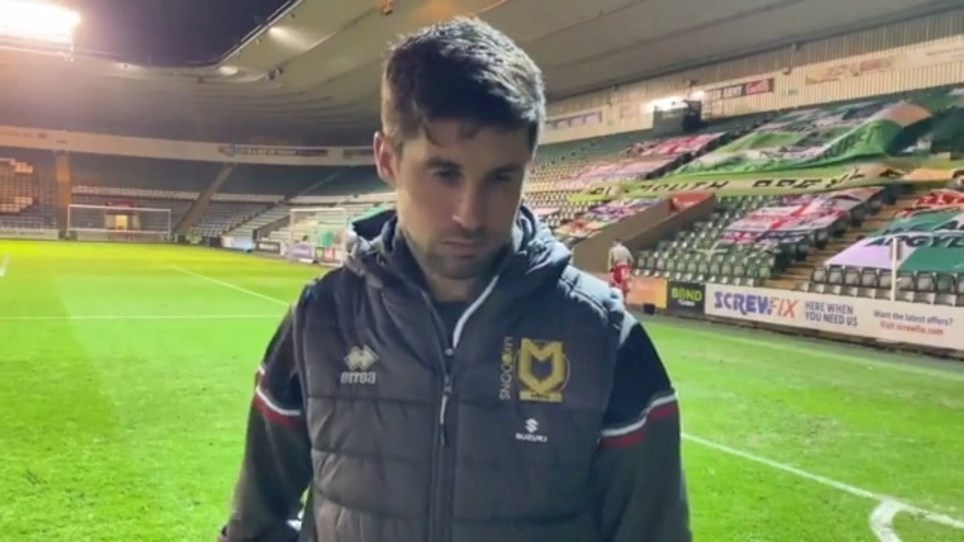 Ryan Hardie’s second-half strike was the difference as MK Dons were beaten 1-0 by Plymouth Argyle at Home Park.

The home side scored with their only shot on target, as Russell Martin’s men fell to only their third defeat in 11 games – a result which sees them drop to 17th in the Sky Bet League One table.

Boss Martin made one change from the midweek draw with Peterborough United, with Regan Poole replacing Warren O’Hora who was absent for personal reasons. There were also changes on the bench, with Baily Cargill and John Freeman replacing Kieran Agard (injured) and Daniel Harvie (suspended) while there was also a return for Plymouth Academy graduate Joe Mason.

Plymouth earned an free-kick inside of two minutes from which Will Aimson headed wide. The Dons then threatened through Poole, whose delivery was above the crowded penalty area while Morris also had an early effort which he fired over the crossbar.

Morris was forced into some defending shortly after, heading away a goal-bound acrobatic effort from Kell Watts. Martin’s men went straight up the other end but Michael Cooper was quick off his line to win the ball off Matthew Sorinola, who was looking to latch onto Scott Fraser’s through pass.

Pantuche Camara was the next to try his luck at breaking the deadlock with a drive from distance which he sent above Andrew Fisher’s crossbar. His teammate Ryan Hardie later had an attempt from closer range but he dragged that shot wide.
Referee Paul Howard was forced into a big call on 10 minutes after Poole appeared to be struck in the face by the hand of Watts, inside the penalty area. The official, though, side with the home side and waved away appeals for a spot-kick.

Poole was involved again two minutes later, running onto a Cameron Jerome pass and crossing low for Fraser – a cross which intercepted well by Plymouth’s Aimson. An entertaining first quarter of an hour was then rounded off by Lewis Macleod, who curled wide from 20 yards out.

There wasn’t much in the way of chances for a prolonged spell after that, as both sides enjoyed some time on the ball. The Dons did work their way into the penalty area on 37 minutes, but Sorensen wasn’t able to get the ball out from under his feet from Fraser’s pass.

With five minutes to play, Luke Jephcott high and wide for Plymouth. It then took a vital interception from Richard Keogh to prevent Hardie from connecting with a low cross. Hardie headed wide from the resulting corner.

Poole had the final chance of an evenly-fought first half – a low, right-footed shot, from Morris’ cutback, which was saved by Cooper and then cleared away by the Plymouth defenders who had raced back to cover.

The Dons returned for the second half with Andrew Surman lining up in place of Lasse Sorensen. He played his part in Martin’s men making a bright start to the second period and also had their first effort of the half - a left-footed drive, after one-two with Jerome, which has saved by Cooper.

Plymouth started the second half on the backfoot but they had a great opportunity to take the lead in the 57th minute through Jephcott – he, though, wasted that chance by firing wide of the right post.

The Dons quickly restored their dominance and went close again just past the hour, but Fraser couldn’t find the target with his hooked effort from Jerome’s header down.

Plymouth fought back again, though, and took the lead with their first shot on target – a right-footed finish from Hardie, who had wriggled free in the box to collect Joe Edwards’ cutback. 1-0.

Kasumu responded by working his way into the penalty area and winning a corner, but the Dons weren’t able to take advantage of that opportunity.

Martin then turned to his bench, replacing Poole with Ben Gladwin down the right, and then making two further changes in the form of Cargill and Mason. Cargill was involved right away, delivering a low cross which was too close to Cooper.
The Dons boss was urging his players forward in a bid to level the scores but that did leave them susceptible at the back. They were almost punished from one counter, but Fisher managed to get a toe to Jephcott’s shot.

Stephen Walker was the Dons’ final roll of the dice, with eight minutes to play – time which was extended by four courtesy of the match officials.

Despite those remaining 12 minutes, the Dons weren’t able to able to find a way back into the contest, resulting in defeat for Martin and his side in their final game before Christmas. 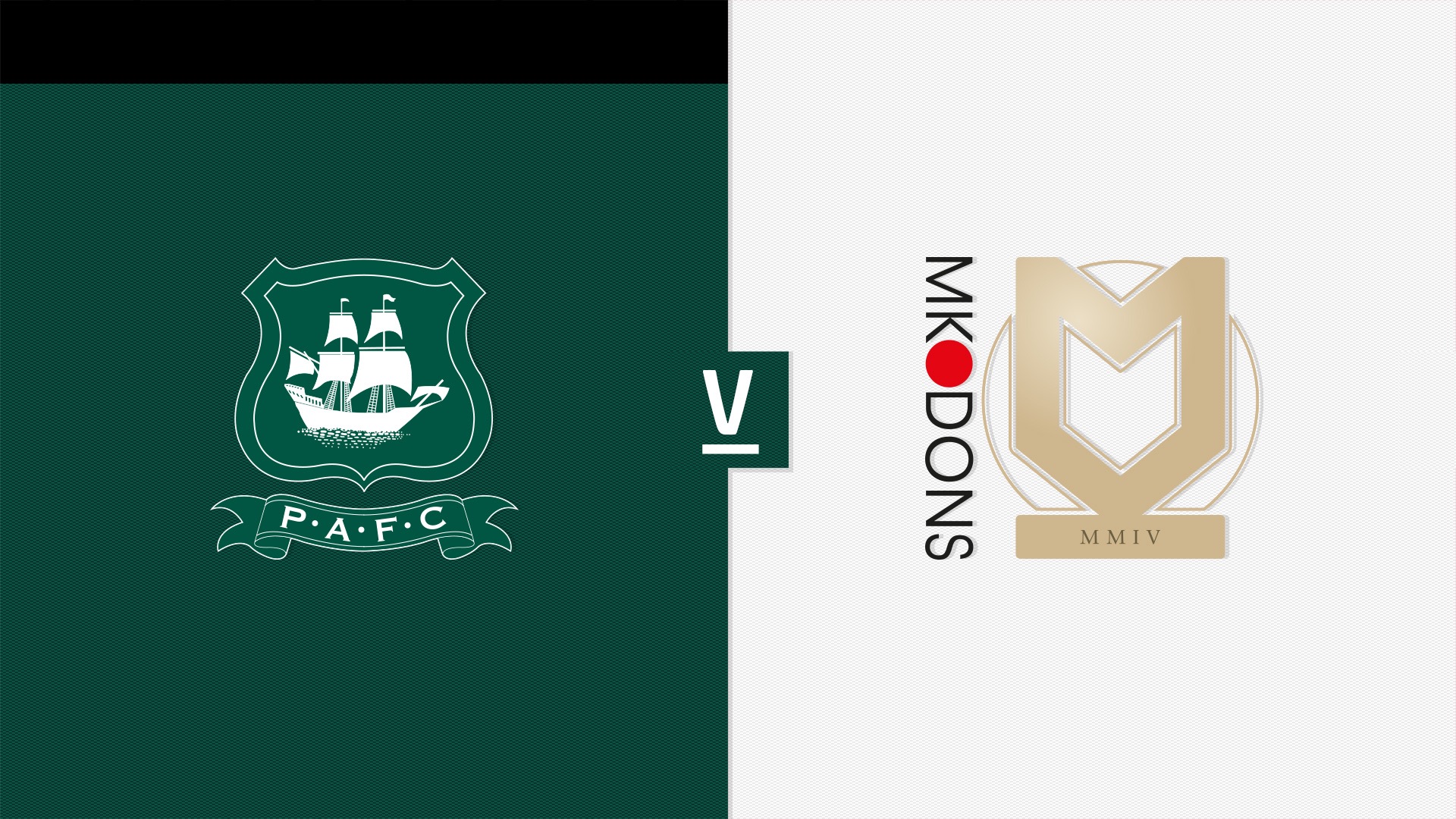 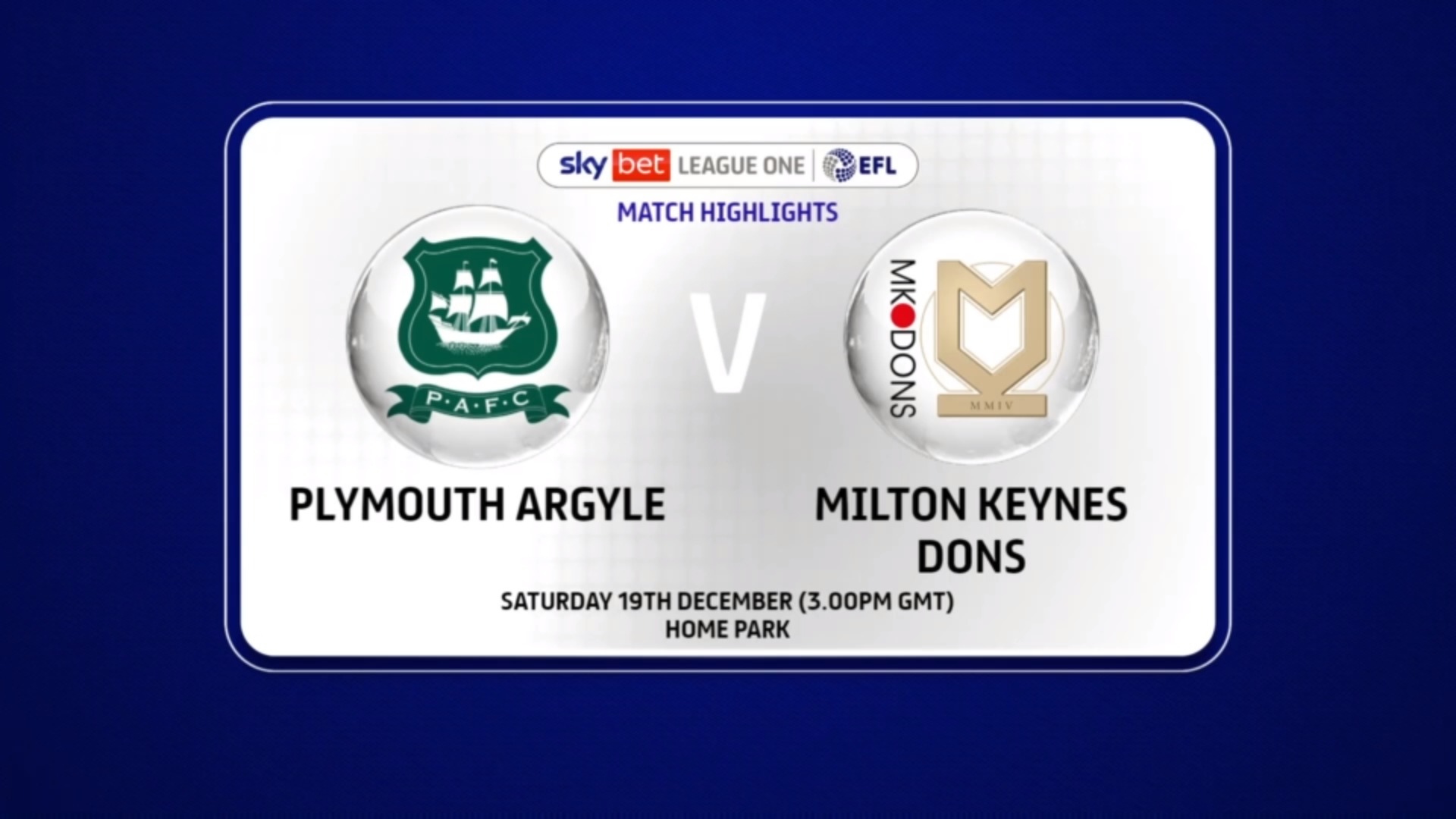 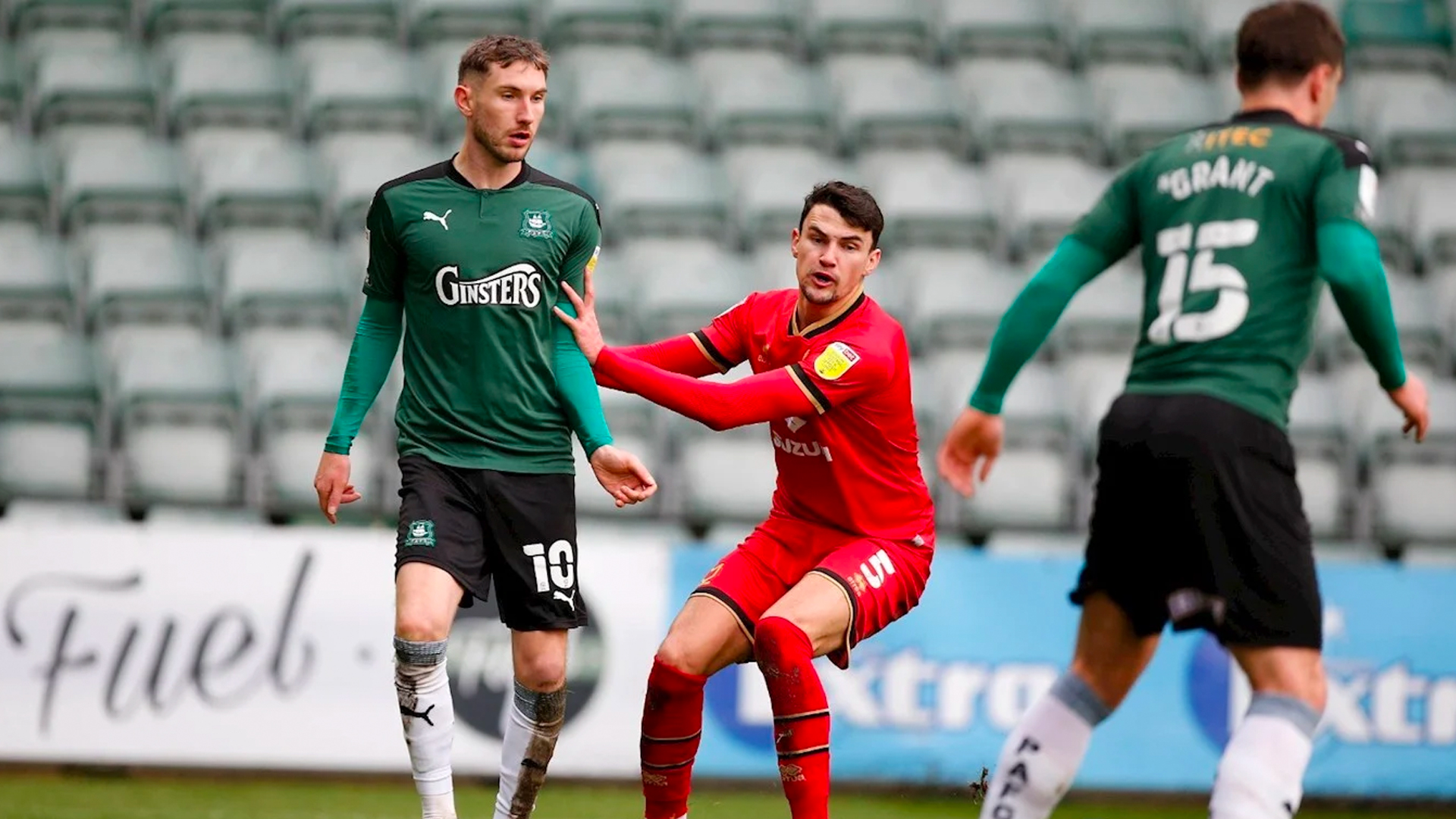