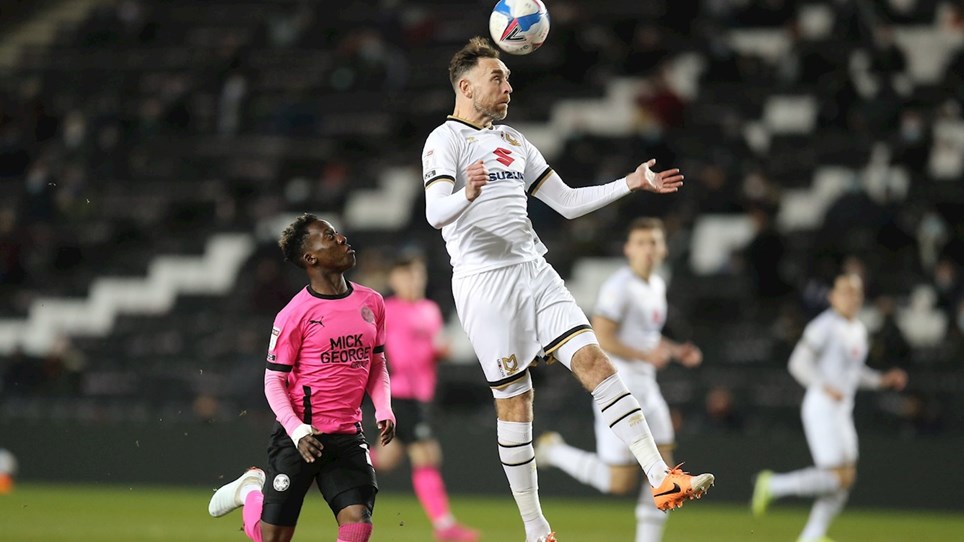 It was the least Russell Martin’s men deserved, after dominating most of the contest – their second in three days to take place in front of 2,000 home supporters.

Peterborough’s only moment came midway through the first half when Jonson Clarke-Harris headed past Andrew Fisher, albeit controversially after what appeared to be a push on defender Richard Keogh.

The Dons didn’t give their visitors a sniff after that and deservedly earned themselves a share of the spoils when Jerome raced onto a through pass from Scott Fraser and cooly slotted home the equaliser.

It’s a point which lifts Martin and his men up to 15th in the Sky Bet League One table ahead of their trip to Plymouth Argyle on Saturday.

Boss Martin made two changes from the weekend draw with Burton Albion, bringing Lasse Sorensen and Matthew Sorinola into the team for Andrew Surman and Ben Gladwin.

The former almost marked his return to the starting XI with a goal inside of four minutes but, after being picked out brilliantly by Scott Fraser, Sorensen failed to hit the target with his header.

A minute later, Fraser worked his way into the penalty area before dragging a left-footed shot just wide of the far post. Then Sorensen had another go – this time a rifled effort from 20-yards which Christy Pym knelt down to collect.

It was certainly one-way traffic for the opening quarter of an hour and in the 15th minute they went close again through Cameron Jerome, who forced Pym into a save from a free-kick.

Andrew Fisher was called into action for the first time soon after, diving across to his left to flick a deflected shot from Flynn Clarke wide of his post. At the other end, the Dons registered another shot on goal – Morris sending a curling effort off target, 18 yards out.

Despite their dominant start it was Peterborough who took the lead, courtesy of former Don Clarke-Harris. While there was no doubt about his header finding the bottom corner of Fisher’s net, there did appear to be a push on Keogh to create space for his effort – one which went unnoticed by referee David Rock. 0-1.

Clearly frustrated at the foul that went unpunished, the Dons took some time to regain their foothold in the game. Sorinola was booked after a late foul on Idris Kanu while they almost conceded a second after a similar move from Clarke-Harris on Keogh – once again the push went unpunished but fortunately the attempt fell wide.

The Dons did end the half well and put together a neat move down the left in stoppage time. It almost led to a chance for George Williams but he was a step ahead of Jerome’s backheel and the opportunity went begging.

After a first half in which the officials did their best to steal the headlines, Martin’s side returned for the second period unchanged and eager to make sure it was their football catching the eye.

Their first shooting opportunity of the second came on 49 minutes through Fraser, who drove an effort over the bar from 20 yards. The Scot was heavily involved in their next attack, linking up well with Morris before teeing up Sorensen, whose shot was blocked.

Referee David Rock couldn’t stay out of the spotlight, though, and on 52 minutes he waved away appeals for a penalty on Fraser, much to the anger of the 2,000 supporters inside Stadium MK and the Dons squad.

The Dons refused to let it deter them and continued to press forward in search of a leveller. Jerome flashed a shot over on 57 minutes, after having his initial effort blocked.

On a rare foray forward, Jack Taylor fired wide for Posh. Martin then went to his bench for the first time, swapping his two wing backs, Williams and Sorinola, for Daniel Harvie and Regan Poole. Harvie did well to get the by-line on 67 minutes but wasn’t able to link up with a teammate with his cutback.

It only seemed like a matter of time before the Dons would pull themselves level and, with 14 minutes left to play, they did just that.

Lewington managed to find Fraser on the edge of his own penalty area and the Scot carried the ball into the Posh half before threading a ball through to Jerome. The MK Dons number 35 just had the keeper to beat and made no mistake with his effort, levelling the scores with a cool 15-yard finish. 1-1.

Stephen Walker and Andrew Surman came off the bench for the closing stages as the Dons searched for a late winner. In truth, neither side came close to claiming all three points – although Poole did throw himself at a cross from Harvie in the 95th minute, only to come up short. 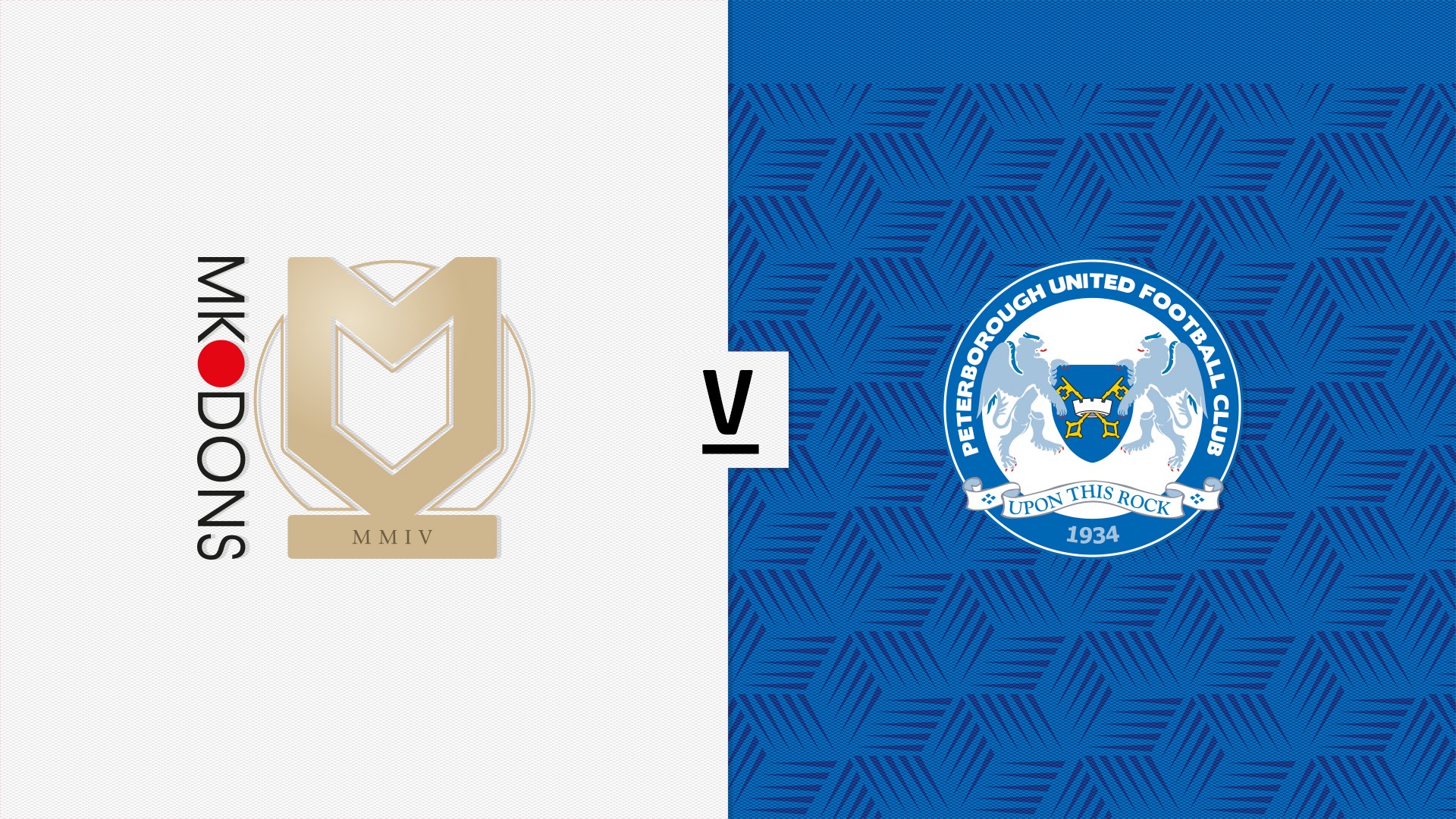 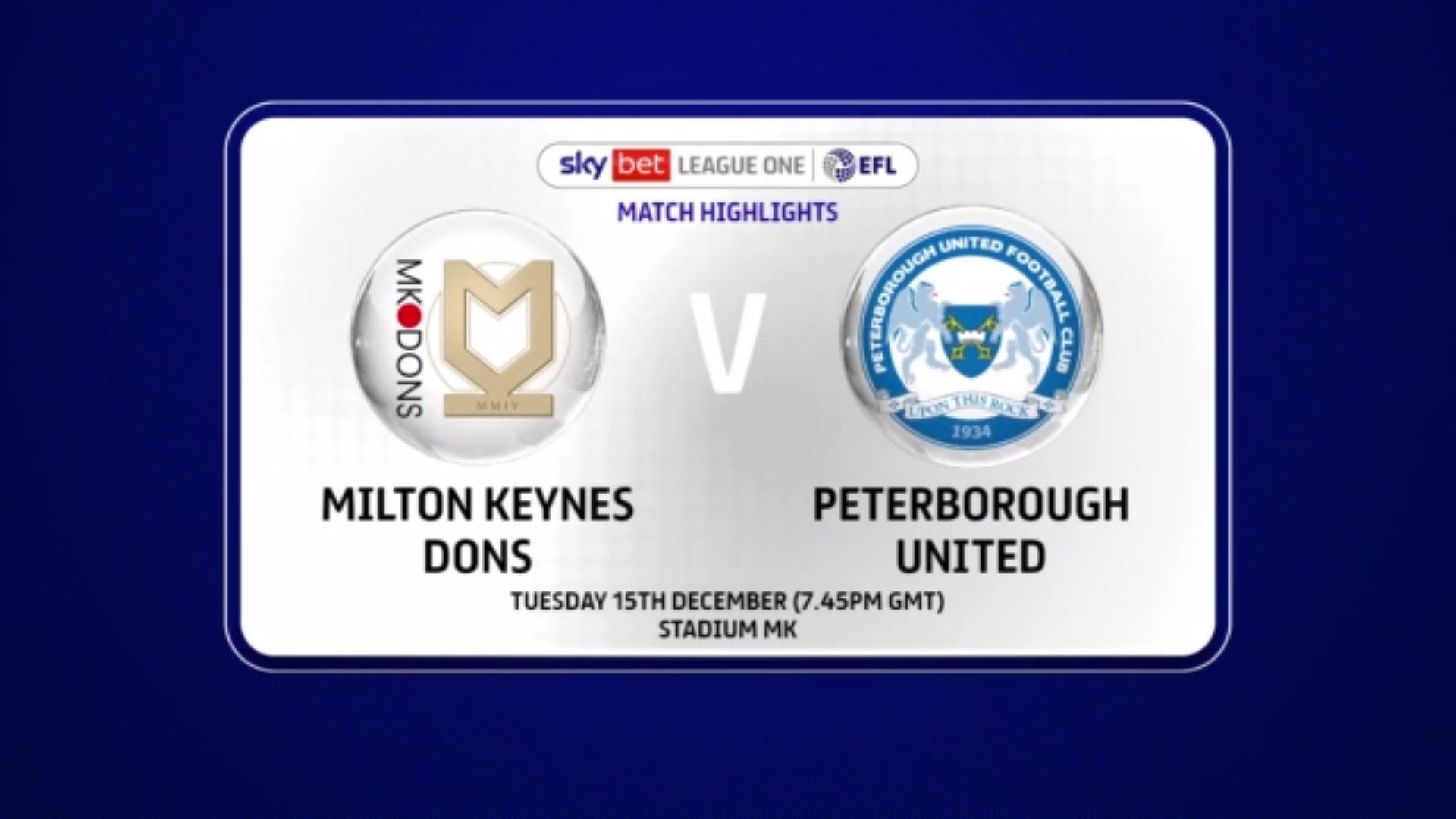 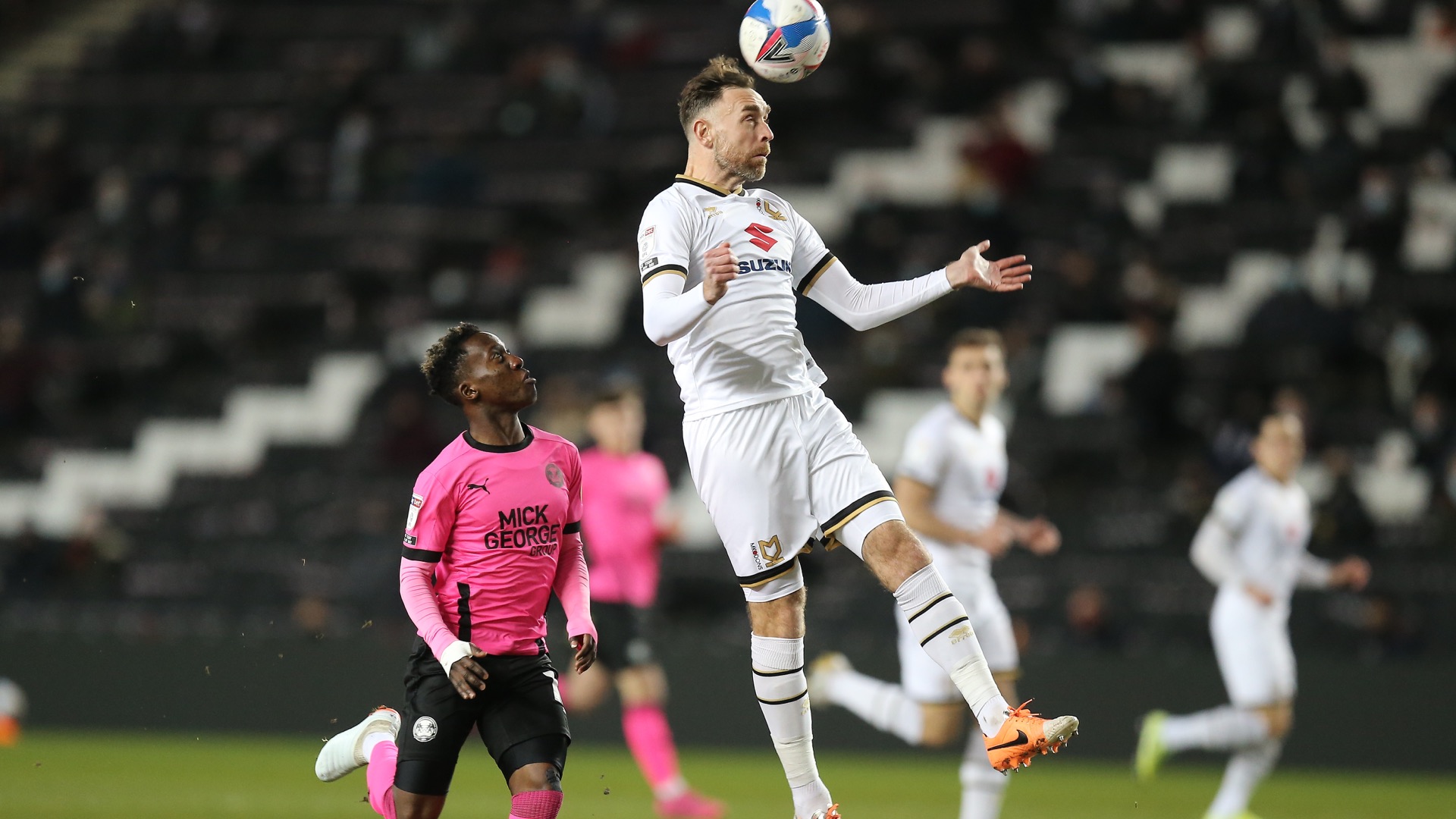