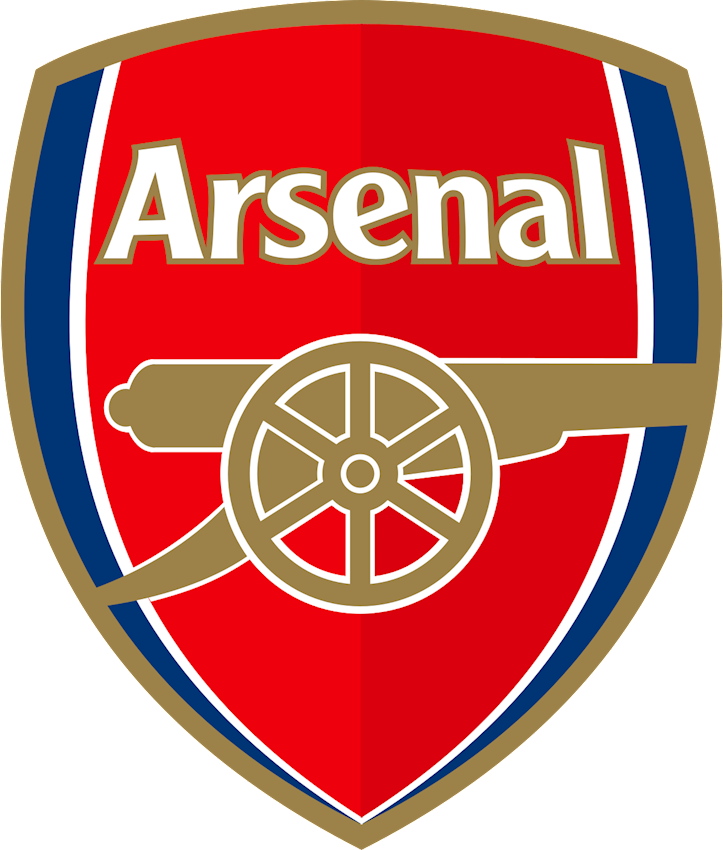 
Russell Martin got exactly what he wanted out of Tuesday’s tough exercise against Arsenal at Stadium MK. 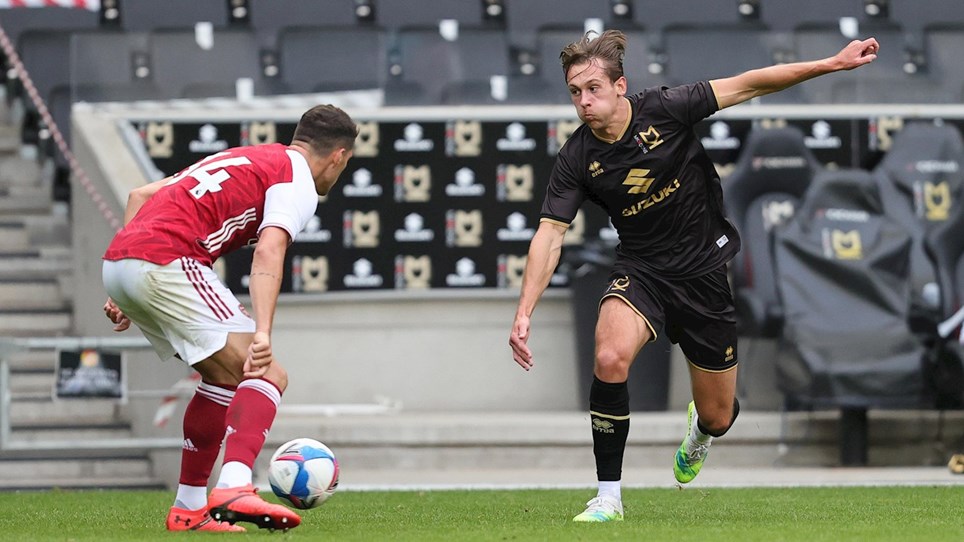 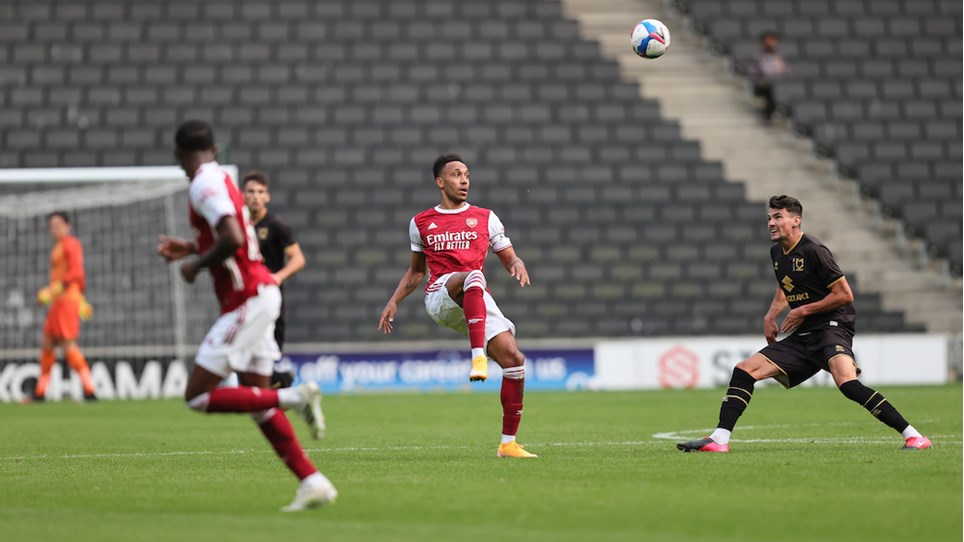 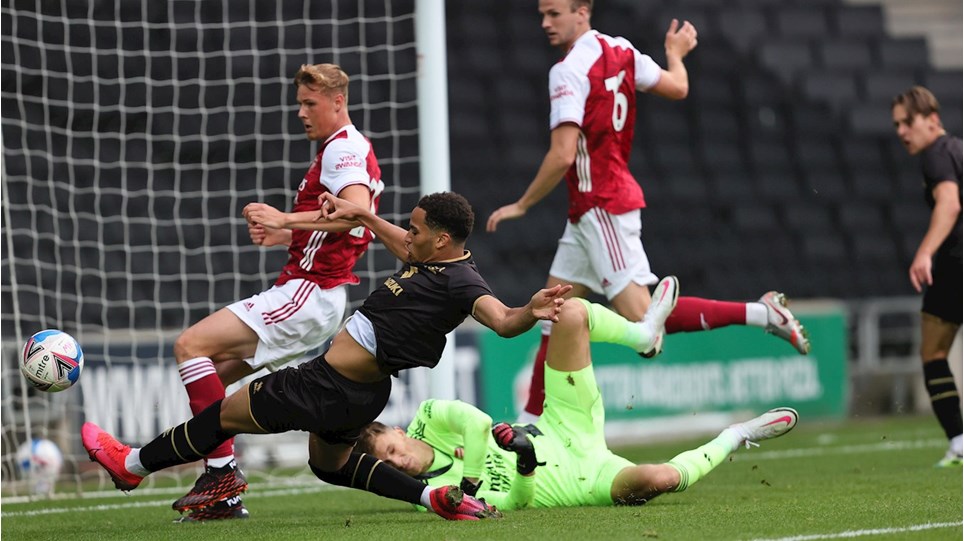 Mikel Arteta’s side featured most of their household names but Russell Martin’s Dons certainly held their own and despite, the 4-1 scoreline, can take plenty of positives into their final 10 days of preparation for the 2020/21 campaign.

To tackle an Arsenal outfit littered with Premier League and international stars, Martin named a strong starting XI, with plenty of familiar faces from last season’s teams as well as summer recruits Warren O’Hora and Daniel Harvie – the former playing his first game at Stadium MK.

Unsurprisingly, the Dons came out with the intent to play out from the back and dominate possession, which they did for the opening exchanges. They were, however, punished for their first stray pass of the game on four minutes.

Lee Nicholls’ ball into Jordan Houghton was a yard out of the midfielder’s reach and that provided Mohammed Elneny with a chance to find the net from 35-yards – which he did with a first-time finish.

Undeterred, Martin’s men stuck to their beliefs and began to grow into the contest. It was after a spell of possession in the Gunners half that they conceded a second – a quick-fire counter finished off by Eddie Nketiah from Bukayo Saka’s cutback.

Heads didn’t drop and MK Dons continued in their ways. On the quarter-hour mark, Houghton had a free-kick saved by Bernd Leno while Sam Nombe had a sliced effort gathered by the Arsenal number 1 shortly after.

The Dons suffered a blow with 30 minutes as Louis Thompson limped off the pitch. It did allow for a Stadium MK return for Callum Brittain, fresh from penning a deal to remain with MK Dons.

And Brittain was involved right away, as the Dons pulled a goal back. He started the move with a neat turn in the centre of the park. Eventually, Regan Poole was able to deliver a cross, which was inadvertently turned into the net by Arsenal defender Rob Holding.

The Gunners had an immediate opportunity to restore their advantage from a free-kick, but Pierre-Emerick Aubameyang took a loose touch inside the six-yard box and Nicholls was able to come out and gather.

Aubameyang had another chance moments later, from a free-kick which he took directly but sent high and wide of Nicholls’ goal. The Gabon international then tested Nicholls with a fierce left-footed strike which the MK Dons number 1 kept out.

Martin and his side saw themselves through until half-time just a goal behind and went about levelling the scores after the re-start.

A neat attacking move led to Poole sending a header across the face of goal – it went through untouched, not that a goal would have stood, with the offside flag raised against the Welshman.

The linesman then denied Arsenal at the other end before an excellent counter from the Dons led to a chance for Nombe, whose low drive was tipped wide by Matt Macey. From the resulting corner, Macey denied David Kasumu.
The Dons worked their way into the Gunners box again with 62 minutes on the clock, but Cargill’s cross was cleared away.

Five minutes later, Martin refreshed his squad and made wholesale changes with only Nicholls, Kasumu, Sorinola and Poole remaining on the pitch. Coming on was Mason, making his return to Stadium MK action after extending his stay with the Club.

Nicholls, who remained between the sticks, soon produced an excellent diving stop to keep out Tyreece John-Jules but could do nothing about Mark McGuinness’ header from the resulting corner, which restored Arsenal’s two-goal lead.

Sub Hiram Boateng tried his luck at pulling another back for the Dons but saw his low strike blocked on its way to goal. Arsenal then extended their advantage to four from the penalty spot, after a foul by the trialist in the area – Reiss Nelson converting from 12-yards.


Russell Martin got exactly what he wanted out of Tuesday’s tough exercise against Arsenal at Stadium MK.