Martin made just one change from the weekend, with Matthew Sorinola replacing Daniel Harvie on the left-hand side. The rest was as you were from the goalless draw with Ipswich Town.

Lincoln threatened first through Cohen Bramall, who raced onto a through pass and delivered a dangerous cross which was put behind by Dean Lewington.

The Dons then went close from a Matthew Sorinola cross, following a decent spell of possession inside the Lincoln half. Will Grigg connected with the ball in but saw his header deflected over for a corner, from which Andrew Surman fired over with a first-time effort.

Brennan Johnson drilled across goal for the hosts with 11 minutes on the clock. The next effort arrived seven minutes later as Matthew Sorinola volleyed wide of the target from Scott Fraser’s blocked cross.

There was a moment of controversy midway through the first half when Johnson, moments after being booked for kicking the ball away, flew in late to foul Ethan Laird – however, referee Bobby Madley opted against issuing a second yellow card.

A teasing cross from Sorinola almost led to a chance for Grigg on the half-hour mark but he was unable to meet the delivery. Moments later, Lincoln had an opportunity to break the deadlock, following a loose pass, but Morgan Rogers saw his attempt deflected wide by Harry Darling.

With 10 minutes to play in the half, Laird went close to meeting Sorinola’s inviting ball into the area. Shortly after, Darling was a whisker away from connecting with O’Riley’s free-kick.

Darling was then involved at the opposite end of the pitch as he got himself in the way of Regan Poole’s goal-bound drive. Poole also had the final attempt of the first half – an 18-yard shot deflected into the arms of Fisher.

There was an early chance for Anthony Scully, less than a minute after the re-start, but he failed to bring a cross under control inside the area and Fisher was able to gather the loose ball.

Lincoln worked another opening two minutes later and, this time, took advantage, as Johnson latched onto Rogers’ through pass and lifted his shot over the on-rushing Fisher and into the net. 1-0.

Five minutes later, the hosts doubled their lead through Johnson, again, who was the beneficiary after Lincoln had won possession deep in the MK Dons half – his finish a confident one at the far post. 2-0.

Martin soon went to his bench and made a double change, with Harvie and David Kasumu replacing Sorinola and Josh McEachran.

Before either of them could get into their stride, however, Lincoln extended their advantage to three and put the game out of Dons’ reach – Johnson, lucky to be on the pitch, completed his hat-trick from the penalty spot after was adjudged to be a foul by Jules on Rogers. 3-0.

Charlie Brown and Jordan Houghton came on for Grigg and Surman with 20 minutes left to play. The Dons, though, would fall even further behind with a quarter of an hour left to play – Bramall’s free-kick finding the net off the back of Fisher. 4-0.

Harvie had an opportunity to reduce the deficit straight from the re-start but his strike was blocked by a defender on its way through to Palmer’s goal. That was the closest the Dons came to salvaging something from the contest. 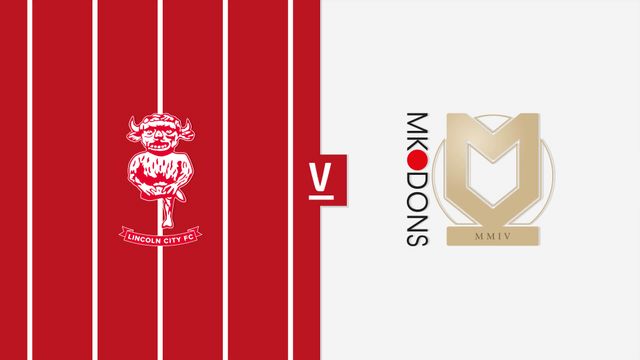 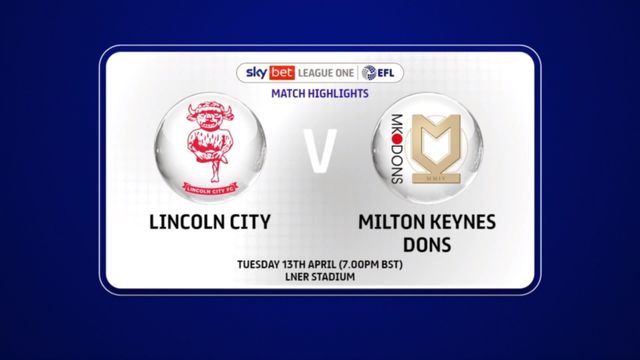 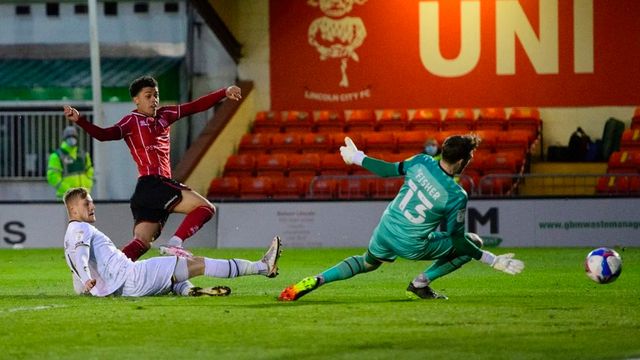