MK Dons will be in search of a fourth straight victory when they welcome second-placed Ipswich Town to Stadium MK tonight.

Paul Tisdale’s men have won their last three matches in all competitions, including back-to-back league successes against AFC Wimbledon and, most recently, Blackpool.

Saturday’s 3-0 at Bloomfield Road – their fourth of the campaign which is tied for most in the division - has them lying 10th in the Sky Bet League One, just three points adrift of this evening’s opponents who occupy the second and final promotion spot.

The Dons can confidence from their recent form but also their record on Tuesday nights at Stadium MK under Tisdale. Since the 46-year-old’s arrival in June 2018, his team are unbeaten when playing in midweek home league fixtures courtesy of four wins and one draw.

THE OPPOSITION
Ipswich Town have made a strong start to the 2019/20 campaign and look on course to challenge for an immediate return to the Sky Bet Championship.

Paul Lambert’s men, second in the table, are unbeaten after seven games, having won four and drawn three. They also boast the best defensive record in the division with only four league goals conceded and haven’t been breached in over 300 minutes of league football. 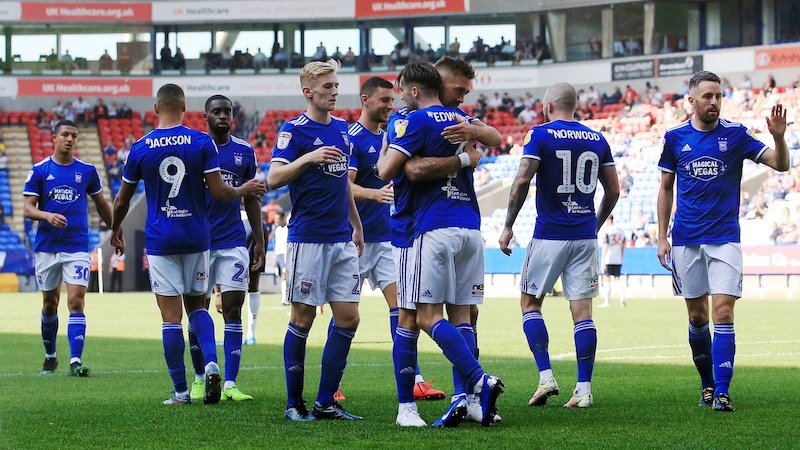 They’ve also been in red-hot form in front of goal, with 14 league goals scored – that ranks third in Sky Bet League One behind only Peterborough United and Fleetwood Town. Summer recruit James Norwood tops their scoring charts with five but Kayden Jackson isn’t far behind on four.

Away from home, the Tractor Boys have won twice and drawn once – the most recent of their away successes a 5-0 thrashing of Bolton Wanderers.

LAST TIME OUT
MK Dons picked up their first away league win of the season in style, beating Blackpool 3-0 at Bloomfield Road.

Russell Martin put the Dons ahead with a volley on five minutes before Jordan Houghton pounced on a defensive error to make it 2-0 midway through the second period.

David Kasumu then rounded-off the success with his first league goal – a first-time effort low into the net from George Williams’ cross.

Ipswich Town were held to a goalless draw by Doncaster Rovers at Portman Road.

Ipswich goalkeeper Tomas Holy denied Jon Taylor from a gilt-edged chance in the first half before Town forward James Norwood found himself clear on goal in the 65th minute with just goalkeeper Ian Lawlor to beat, but he was unable to take advantage.

Both sides had opportunities to snatch the points late on, with Ben Sheaf hitting the post in the 79th minute before Lawlor pulled off a great save to deny Norwood a match-winning goal for Ipswich in stoppage time.

TEAM NEWS
MK Dons are likely to be without Rhys Healey after he suffered a thigh injury during the warm-ups prior to Saturday’s win at Blackpool. It remains to be seen how long the striker will be sidelined for but Paul Tisdale did describe the injury as ‘nasty’. If Healey is to miss time, he will join Baily Cargill, Joe Mason, Jordan Moore-Taylor and Ben Reeves in the treatment room.

Alex Gilbey missed the trip to Bloomfield Road with injury and Tisdale didn’t give any indication on the midfielder’s ailment in his post-match press conference at the weekend.

They could, however, welcome back both Emyr Huws and Danny Rowe after the pair missed the draw with Doncaster Rovers at the weekend after illnesses.

OFFICIALS
Lee Swabey will be in charge of this evening’s affair at Stadium MK. 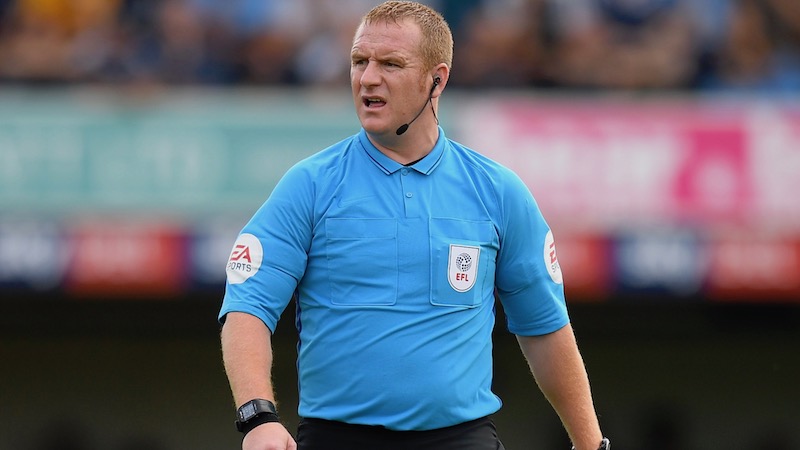 The Devon official last refereed the Dons in December 2016 – their EFL Trophy tie with Yeovil Town at Huish Park during which he handed Samir Carruthers a straight red card.

So far this season, Swabey has shown 17 yellow cards in seven games but hasn’t made a sending off. He is also yet to award a penalty.

Can't make the match? Not to worry, supporters will be able to watch the match live on iFollow MK Dons for just £10 - click HERE to purchase a Match Pass! Conor: A game of two halves


Conor McGrandles insists there are plenty of positives to take from MK Dons’ impressive second-half performance against Ipswich Town on Tuesday night. 
Read the full interview with Conor McGrandles which featured in last Tuesday's edition of Red Dot. Tis: We did everything but score


Paul Tisdale was complimentary of his side’s spirited display in Tuesday’s 1-0 defeat to Ipswich Town.