MK Dons travel to the Crown Oil Arena this evening to take on Rochdale, looking to build on Saturday’s spirited showing at Stadium MK.

Paul Tisdale’s men put an end to a run of five straight league defeats by sharing the spoils with Coventry City last weekend. It was a battling display from the Dons, who could have won it late on through Ben Reeves.

With some confidence gained, Tisdale will be looking for his side to build on the point in their two away fixtures this week, starting with tonight’s clash with Dale at the Crown Oil Arena – a place where the Dons are unbeaten in their last five visits.

A win tonight could see the Dons climb as many as six places in the Sky Bet League One table, and replace their opponents in 14th spot.

THE OPPOSITION
Rochdale will be in search of their third straight win tonight at the Crown Oil Arena. 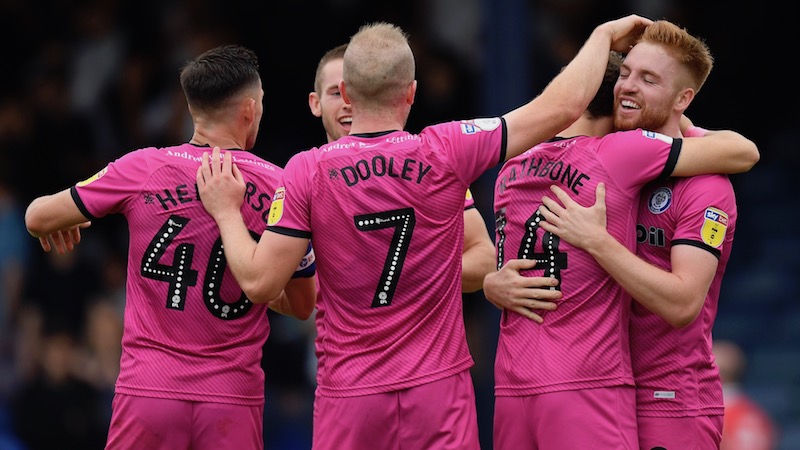 That 2-1 triumph over Accrington was Dale’s third at home this season, with Barry Brian-Murphy’s side currently boasting the sixth-best home record in Sky Bet League One – they have taken 10 points from their opening seven games at the Crown Oil Arena.

Forward Ian Henderson is their main marksman, with seven league goals to his name already this term. He is tied for fourth in the Sky Bet League One top scorer charts.

LAST TIME OUT
MK Dons put in a battling performance to hold Coventry City to a goalless draw at Stadium MK.

The Sky Blues had a great opportunity to take the lead early in the second half when Jordy Hiwula was brought down in the penalty area by Lee Nicholls, but the MK Dons goalkeeper redeemed himself by denying the City striker from the spot.

Paul Tisdale’s men did have chances of their own. Hiram Boateng went close with a half-volley while Ben Reeves struck the crossbar with a late long-range strike.

Rochdale came from behind to beat Bolton Wanderers 3-1 and make it back-to-back league wins.

Thibaud Verlinden had put Bolton in front with a header on 56 minutes but Callum Camps soon restored parity with a right-footed drive.

Ollie Rathbone then put Dale ahead in the 71st-minute before substitute Fabio Tavares sealed the away victory five minutes from time.

FIGHTING TALK
Paul Tisdale: “I’m expecting [Saturday’s result to be a turning point]. We’ve now got to put just as much endeavour and effort into Tuesday. We’ve got two long away trips this week, for us and the supporters but we go into it with that little bit of rest bite having stopped that losing streak.”

Brian Barry-Murphy: “Paul Tisdale is a manager I have looked up to since his days at Exeter City. His team always plays with exceptional quality and a good style, and I will be expecting the same when they come to play us. They will be a threat, but we aim to be as good ourselves and try to implement our own strengths on the game, as we have done throughout the season.”

TEAM NEWS
MK Dons welcomed back Alex Gilbey, Jordan Houghton and Kieran Agard last weekend, following their stints on the sidelines, while Jordan Moore-Taylor made it through his first 90 minutes since January unscathed. All four players should be available to boss Paul Tisdale this evening but he does remain without the services of strikers Joe Mason, Rhys Healey and Sam Nombe.

Rochdale remain without the services of Tyler Magloire, Rekeil Pyke and Ryan McLaughlin.

The experienced official has been running the rule over the EFL since 2005 and has refereed the Dons on seven previous occasions, most recently in August 2018 for the Sky Bet League One clash with Crewe Alexandra. That day, he produced two yellow cards and sent off defender Mathieu Baudry. 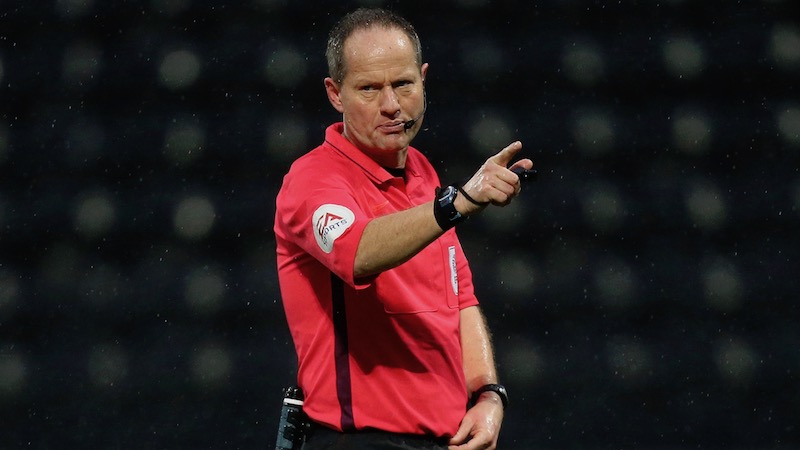 So far this season, he has shown 45 yellow cards and three red cards. He has also awarded three penalties.

His assistant referees Graeme Fyvie and Peter Gooch while the fourth official is Wade Smith.

Can’t make the game? Supporters tune in to watch the Dons take on Dale at the Crown Oil Arena for just £10. Kick-off is at 7.45pm. Tis has faith in Dons to reverse ‘shocking’ form


Paul Tisdale insists he will not lose faith in his MK Dons players but knows they must find a way out of their ‘shocking’ form sooner rather than later. 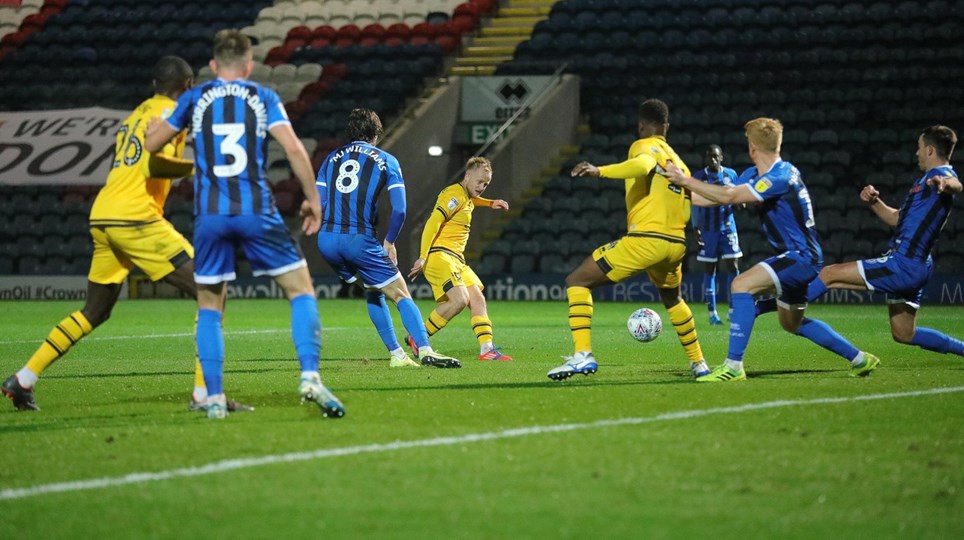 Camps struck from a corner after just two minutes while Henderson headed in from a set-piece on the hour to seal the victory for the home side.

The defeat leaves the Dons 19th in the Sky Bet League Two table, heading into their trip to Fleetwood Town at the weekend.

Boss Paul Tisdale made three changes to the side which drew with Coventry City at the weekend. In came Baily Cargill, Jordan Bowery and Brennan Dickenson who replaced Joe Walsh, Jordan Houghton and Hiram Boateng.

His side started brightly and sent an early cross into the box which goalkeeper Jay Lynch saw out of play.

However, Rochdale took the lead with their first attack two minutes later, as Camps was left unmarked from a corner, allowing him to fire a first-time right-footed shot past Lee Nicholls. 1-0.

Jordan Bowery went close to responding on eight minutes but his header from Callum Brittain’s cross flew just over the bar. Rochdale almost picked off the Dons on the counter soon after, but Matty Done failed to keep his left-footed shot down.

On the quarter-hour mark, Callum Brittain sent a first-time effort into the side netting after connecting with George Williams’ low cross. At the other end, Rhys Norrington-Davies fired wide from another threatening Dale corner.

Soon after, Norrington-Davies struck wide of the upright for a second time. Aaron Morley then curled off target direct from a free-kick, as the home side maintained their dominant start to the contest.

The Dons, though, almost found an equaliser with 28 minutes gone as a ball from the left fell kindly for Brittain on the right side of the box. His first-time volley beat Lynch but was cleared off the line by a Dale defender.

Tisdale’s side had the post to thank for keeping the deficit at one with eight minutes to play in the half – it was MJ Williams who saw his fierce strike crash against the crossbar before Camps’ follow-up effort was blocked by Jordan Moore-Taylor.

Brittain went just as close on 43 minutes as he lifted a shot just over the crossbar after being teed up, 15 yards out. That was the Dons’ final chance to restore parity before the break.

The Dons emerged from the break with Ben Reeves on in place of Bowery. It was the home side, however, who went closest early on in the half, with Moore-Taylor forced into a last-ditch block to deny Norrington-Davies.

Tisdale and his men responded, with Baily Cargill delivering a superb ball across to the far post. Brittain latched onto the cross but could only find the side netting. Kieran Agard was then brought on for Kasumu.

Shortly before the hour mark, Williams dispossessed Done at the crucial moment inside the MK Dons penalty area. It did, though, lead to a chance for Morley, whose dipping curler was tipped over by Nicholls.

Rochdale then won a corner from which they doubled their lead. Morley’s delivery was met inside the six-yard area by Henderson, who had the simpe task of heading into the bottom corner. 2-0.

The Dons responded with both Cargill and McGrandles trying their luck from the edge of the area – the latter saw his low drive saved by Lynch.

McGrandles had another attempt on 69 minutes but had this one blocked. Rathbone then fired wide for hosts, before substitute Fabio Tavares wasted a golden opportunity for the hosts to extend their lead.

With 12 minutes to play, Agard met a cross from Brittain but headed wide. Brittain threatened again in the final two minutes of regulation, but couldn’t keep his volley down.

Tis has faith in Dons to reverse ‘shocking’ form


Paul Tisdale insists he will not lose faith in his MK Dons players but knows they must find a way out of their ‘shocking’ form sooner rather than later.