The Dons return to Stadium MK for Russell Martin’s first home league match as manager and he’ll be hoping to mark the occasion by putting an end to the winless run.

Martin’s men currently sit 21st in the Sky Bet League One table having failed to record a victory in 10 attempts, but could move out of the bottom three with a win – and climb as many as three places.

THE OPPOSITION
Rotherham United arrive in Milton Keynes in a rich vein of form, having won five of their last seven Sky Bet League One outings. 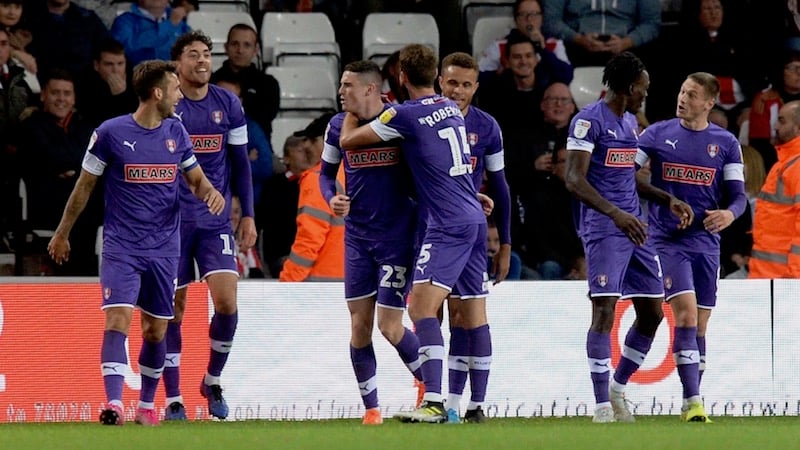 The Millers, currently sixth in the table, boast the division’s second-best away record, with 16 points to their name from eight road trips. They have enjoyed five away league victories in total, scoring 12 goals and only conceding six times.

Their leading marksmen this term is midfielder Matt Crooks, who has found the net eight times, while strikers Freddie Ladapo, Michael Smith and Carlton Morris have combined for 12 league goals in 2019/20.

LAST TIME OUT
A 93rd-minute winner from Darryl Murphy denied MK Dons a deserved point away at Bolton Wanderers.

Russell Martin’s men dominated much of the Sky Bet League One clash at the University of Bolton Stadium until a red card to George Williams swung the advantage in favour of the home side.

Still, the Dons looked to be heading for a point after Lee Nicholls denied Murphy from the penalty spot in the final minute of regulation time, but the Bolton striker had the final say, turning home a Thibaud Verlinden cross with virtually the final kick of the game.

Rotherham United were on the right side of a 1-0 scoreline in their last Sky Bet League One outing, beating Accrington Stanley at the AESSEAL New York Stadium.

Carlton Morris grabbed the decisive goal on the half-hour mark, rising highest in the box to head home a Ben Wiles free-kick.

Chiedozie Ogbene was sent off for a second bookable offence late on but it didn’t prevent the Millers from moving into the play-off places with a win.

FIGHTING TALK
Russell Martin: “They're a good side and they are really good at what they do. They're consistent with it and with their manager who they've had for quite a while now.

“We need to be aware of them, but we have to mainly focus on ourselves and what we're doing - how we can improve and finding something and building on it to take us forward.”

Paul Warne: "They obviously got promoted and they haven't had the start they probably wanted, but we've watched the last few games as we always do and they were really dominant at Bolton against a team that have now won three on the spin away from home.

"You always get a reaction when a new manager comes in. It is their first league home game under the new management so I expect a real positive performance from them. They can really keep the ball and that has been evident in years gone by."

TEAM NEWS
MK Dons will assess defender Jordan Moore-Taylor, who was forced off against Bolton Wanderers after complaining of dizzy spells and having a blindspot. Should he miss out, he will join George Williams on the sidelines as he begins a three-match suspension for the red card he was shown in last weekend’s match at the Univeristy of Bolton Stadium. Williams’ absence could open the door for Regan Poole to return, with the Welshman now back from international duty.

Elsewhere, Kieran Agard remains unavailable, with the striker set to serve the final match of his suspension today. Sam Nombe and Rhys Healey are also out, although the former took part in training this week for the first time since suffering a knee injury in September.

Rotherham United may have to deal with a defensive injury crisis this afternoon.

The Millers will also be without winger Chiedozie Ogbene, who is suspended following a red card last weekend against Accrington Stanley.

OFFICIALS
Ross Joyce will be the man in the middle, refereeing MK Dons for the second time this term.

Joyce umpired the Dons’ Sky Bet League One clash with Accrington Stanley back in August – an afternoon where he produced eight yellow cards, awarded a penalty and disallowed a stoppage-time equaliser from Rhys Healey. 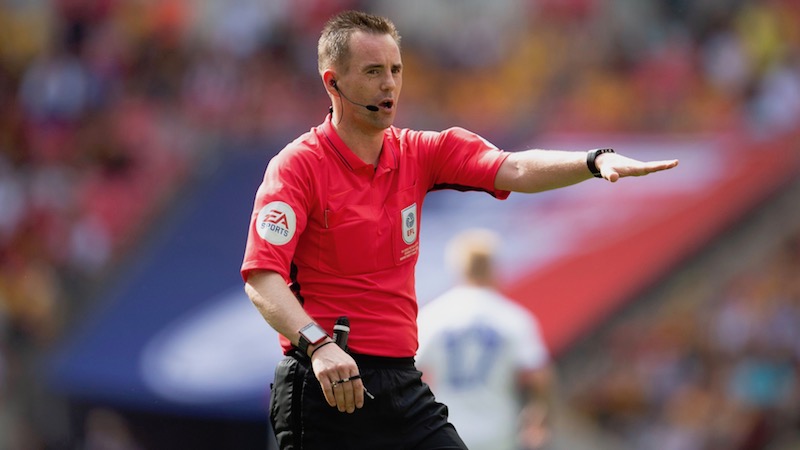 So far this term, the Cleveland-based official has taken charge of 15 matches, producing 58 yellow cards but only brandishing his red card on one occasion. He has also awarded three penalties.

The assistant referees will be Michael Webb and Joe Simpson while the fourth official is Alix Pashley. Russ: We need to focus on the positives


Russell Martin insists his MK Dons side must focus on the positives from Saturday’s Sky Bet League One clash with Rotherham United, however hard that is given the manner in which the defeat came... 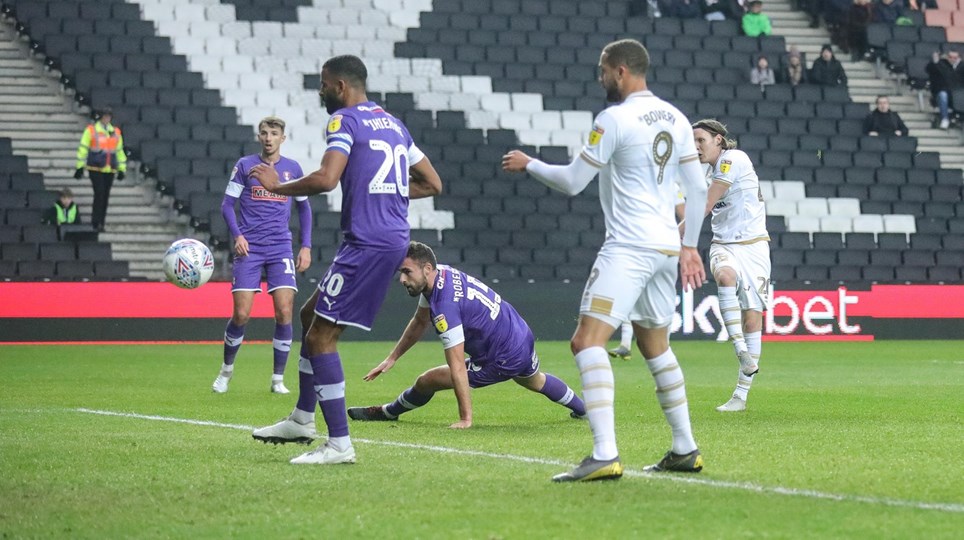