Russell Martin takes charge of his first league match as manager this afternoon, as MK Dons face Bolton Wanderers at the University of Bolton Stadium.

Martin, who was appointed manager on November 3rd, has been tasked with reversing the Dons’ form, which reads as eight defeats from nine, and improving on their current standing of 21st in Sky Bet League One.

Half of those eight losses have come away from home, although it was on the road where the Dons last tasted success – their 3-0 win over Blackpool in mid-September.

While another triumph like that would be the perfect start to the Russell Martin era, the Dons boss will, no doubt, accept any form of victory.

THE OPPOSITION
Bolton Wanderers, following their, 15-point deduction to start of the season, could move above par with a victory at the University of Bolton Stadium today. 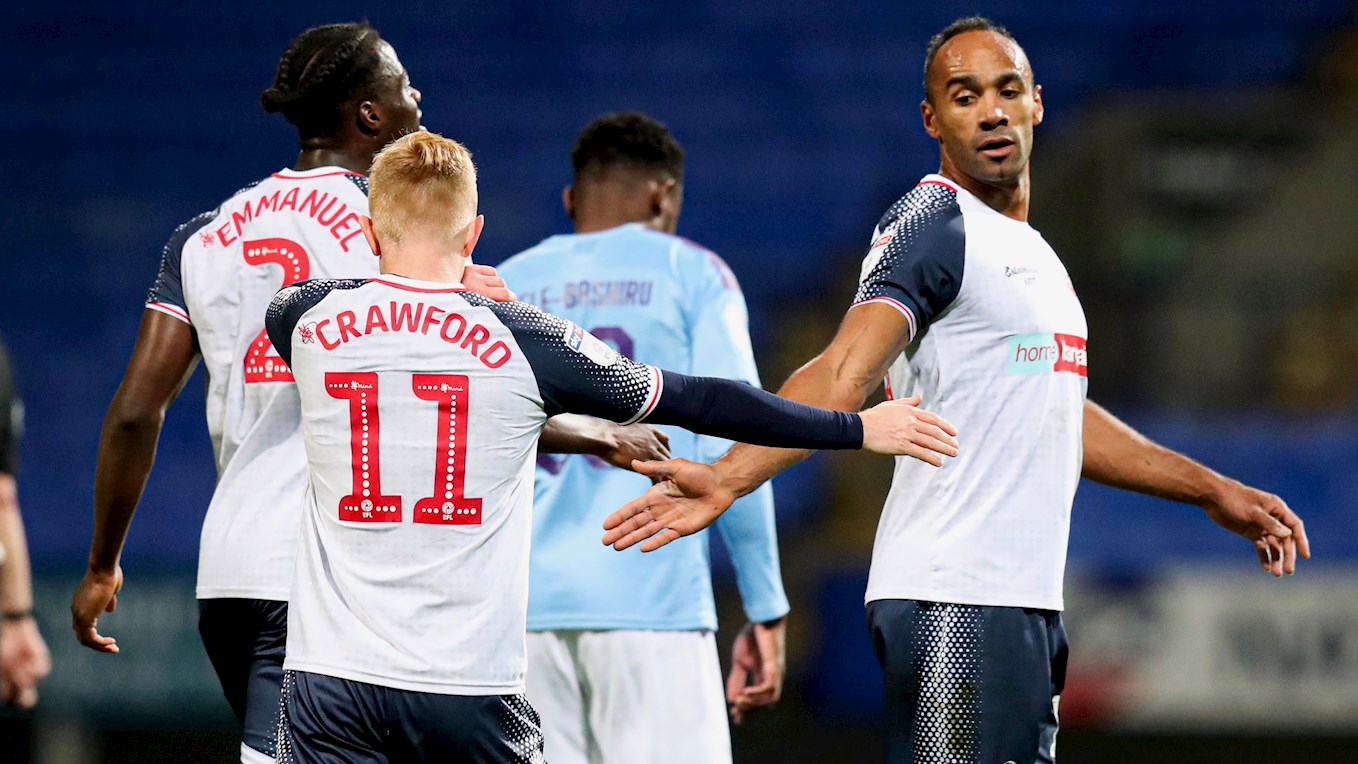 The Trotters have enjoyed a change of fortunes under the management of Keith Hill and enter this contest on the back of successive league victories and having picked up seven points from a possible 12 in their last four.

Despite their upturn in form, Bolton remain the division’s lowest scorers with only seven goals to their name in 2019/20 – four of which have come in their last two outings – while at the back, only Southend United have conceded more goals.

LAST TIME OUT
MK Dons’ last Sky Bet League One outing was just a fortnight ago, when they were beaten 3-1 by Tranmere Rovers in Paul Tisdale’s final game in charge.

Tranmere took the lead through Rushian Hepburn-Murphy but Ben Reeves’ first goal since returning to the Club restored parity before the break.

A red card shown to Kieran Agard late in the first half swung the odds in favour of the visitors and they took full advantage, with Hepburn-Murphy striking twice more to secure a hat-trick and three points for Rovers.

Bolton Wanderers made it back-to-back league wins when they were last in Sky Bet League One action, beating Fleetwood Town 2-1 at the University of Bolton Stadium.

Chris O’Grady opened the scoring prior to the half-hour mark, before Darryl Murphy rounded the Fleetwood keeper and made it 2-0 five minutes later.

Josh Morris grabbed a late goal for the Cod Army but it proved to be nothing more than a consolation, as Bolton held on to secure their first home league victory since March.

FIGHTING TALK
Russell Martin: “[The University of Bolton Stadium] is a great place to go and play. I've played there a lot during my career. [Bolton] a team on the up, with a good manager and assistant who we know a lot about. It’ll be a test but one we're looking forward to.”

Keith Hill: “It will be a good game. They will have a bounce in their step with a new manager. We will expect a response from them but there's a measure I expect from our players and that's what we've been concentrating on this week.”

TEAM NEWS
Russell Martin has no fresh injury concerns as he looks to pick an XI from the two sets of teams which played in the recent cup ties.

However, he is without the services of striker Kieran Agard who will serve the second game of his three match ban for the red card he received against Tranmere Rovers. The striker did have his appeal for the Leasing.com Trophy specific suspension overturned this week. Meanwhile, Regan Poole is away on international duty. The defender is in Ryan Giggs’ 27-man squad for Wales’ UEFA Euro 2020 qualifiers against Azerbaijan and Hungary.

Rhys Healey (thigh) and Sam Nombe (knee) are making progress in their rehabilitation but remain sidelined.

OFFICIALS
Andrew Madley will take charge of today's match at the University of Bolton Stadium.

The Select Group official last refereed the Dons back in August 2015, when he oversaw the Sky Bet Championship clash with Preston North End at Stadium MK. That day, he booked five players and sent off Preston striker Jordan Hugill. 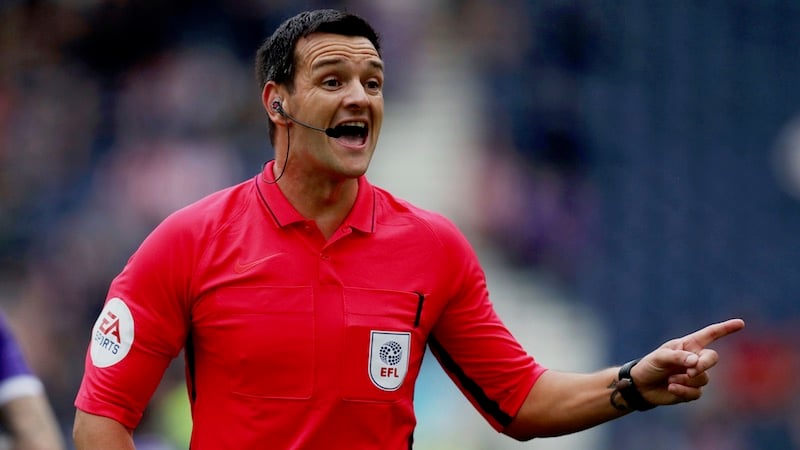 So far this term, Madley has umpired eight matches, three of which have come in the Premier League. He has shown 27 yellow cards and three red cards while awarding four penalties – two of those red cards and penalties came in his most recent outing.

His assistant referees are Ian Hussin and Simon Beck while the fourth official is Jonathan Hunt.

Draws: 2
Draws at the University of Bolton Stadium: 1

FOLLOW IT LIVE
Tickets, which can now only be bought at the University of Bolton Stadium, are priced at £20 adults, £12 seniors/under-23s and £10 under-18s. Sales will be cash only. 
Joe Walsh feels performances have improved on the pitch, but knows it’s time to start backing them up with points. 
Russell Martin reserved praise for two of his players after Saturday’s Sky Bet League One clash with Bolton Wanderers. 
Russell Martin said Saturday’s defeat to Bolton Wanderers was ‘difficult to take’ after witnessing a much-improved performance from his MK Dons side. Darryl Murphy scored a 93rd-minute winner as MK Dons were beaten 1-0 by Bolton Wanderers at the University of Bolton Stadium.

Russell Martin’s men were reduced to 10 men midway through the second half and looked to be holding on for a point, especially when Lee Nicholls denied Murphy from the penalty spot in the final minute of regulation time.

Murphy, though, would have the final say, netting late to secure three points for the home side and ensure MK Dons’ winless run continues.

Joe Mason made his first start for MK Dons as one of nine changes from the Leasing.com Trophy tie with Wycombe Wanderers. Matthew Sorinola, who was named Man of the Match in Tuesday’s clash, was amongst the substitutes.

It was Bolton who threatened first as Darryl Murphy headed wide from Adam Chicksen’s second-minute cross. Chris O’Grady then had a shot blocked by Joe Walsh before Josh Emmanuel glanced a header off target, under pressure from Dean Lewington.

MK Dons enjoyed their first real attack eight minutes in, as some nice interplay down the right wing led to Callum Brittain having a low cross deflected out of the danger zone by a Bolton defender.

Brittain was involved again a minute later, playing in Ben Reeves who had a left-footed half-volley blocked on its way to goal. Bolton countered but Nicholls kept out Darryl Murphy’s soft header.

MK Dons had a terrific opportunity to take the lead on 18 minutes when Mason raced onto McGrandles’ through pass. Goalkeeper Remi Matthews got a touch to his left-footed shot and that deflection forced it into the left-hand upright and away to safety.

Two minutes later, Emmanuel fired over from a 25-yard free-kick before Nicholls denied Luke Murphy with a diving save at his near post. At the other end, Reeves blazed over with a left-footed strike from the edge of the area.

The Dons were dealt a blow with eight minutes remaining in the half as Jordan Moore-Taylor was forced off with an injury. Baily Cargill replaced him in the centre of defence.

His defensive partner Williams had an opportunity moments later, heading wide after latching onto Reeves’ deep cross. Bolton responded with Luke Murphy forcing an acrobatic save out of Nicholls, diving towards his top right-hand corner.

Nicholls produced an even better save shortly after to keep the scores level going into the break – the MK Dons number 1 dived at full stretch and managed to get fingertips to a Darryl Murphy header which looked destined for the bottom right corner.

Darryl’s namesake, Luke, had the first opportunity of the second half – a long-range drive which Nicholls kept out. The Dons also went close early in the half, as a Brittain cross was just intercepted in front of Bowery, who would have had a simple header on goal.

On 55 minutes, Mason fired over a loose ball, bouncing midway inside the Bolton penalty area. The striker went close again, two minutes later, with a low shot which Matthews got down to.

The Dons were dealt a further blow on 66 minutes when referee Andy Madley dismissed George Williams for a coming together off the ball with Thibaud Verlinden. The Bolton man was booked for his involvement.

Bolton looked to make their man advantage count but the Dons were doing their best to restrict them to long-range efforts. Bridcutt had one such shot on 73 minutes, and couldn’t find a way past Nicholls.

The home side worked their way into the box with a quarter of an hour remaining but a sliding block from Cargill denied them. Verlinden blazed wide soon after.

Martin’s men did continue to threaten on the counter. Gilbey drilled over on 78 minutes but a better chance fell the way of Walsh, who cleared the crossbar from close range when at full stretch to meet Gilbey’s header.

With 11 minutes to play, Boateng got in the way of what appeared to be a goal-bound attempt from Jason Lowe. Martin then went to the bench for his third and final change, with Brennan Dickenson replacing Mason up front.

Drama unfolded with a minute to play as referee Andy Madley spotted a handball inside the MK Dons penalty area and awarded the home side a late penalty. Darryl Murphy stepped up but saw his effort saved by Nicholls, who was mobbed by his teammates in delighted.

They weren’t, however, able to see out the remainder of the contest, with Murphy making amends for his penalty miss by slotting home a 93rd-minute winner from Verlinden's cross. Heartbreaking for Russell Martin and his men, who deserved at least a point. 1-0.


Joe Walsh feels performances have improved on the pitch, but knows it’s time to start backing them up with points.


Russell Martin reserved praise for two of his players after Saturday’s Sky Bet League One clash with Bolton Wanderers.


Russell Martin said Saturday’s defeat to Bolton Wanderers was ‘difficult to take’ after witnessing a much-improved performance from his MK Dons side.