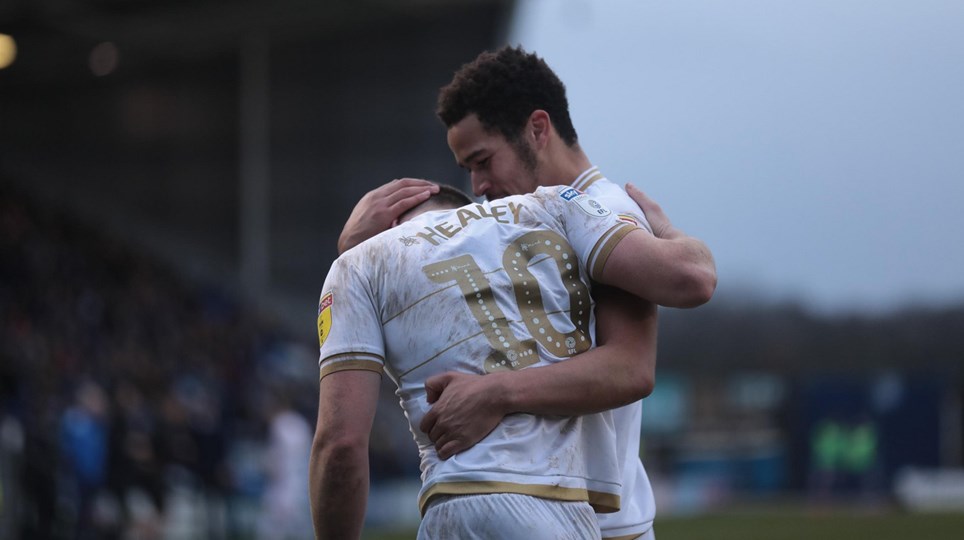 Gilbey’s loving his football under Russ


Alex Gilbey is playing perhaps his best football in an MK Dons shirt and the midfielder says he’s ‘loving every minute’ under Russell Martin. 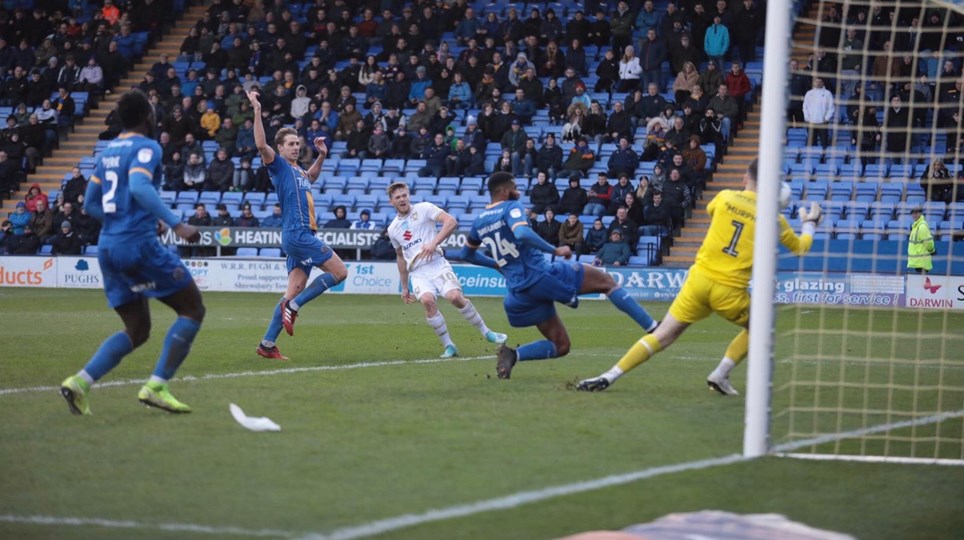 Rhys Healey’s third goal in as many games earned MK Dons a 1-1 draw away at Shrewsbury Town, and moved them 10 points clear of the bottom three in Sky Bet League One.

After a tightly-contest first half, Shrewsbury opened the scoring on 62 minutes courtesy of a terrific 18-yard strike from Omar Beckles.

Healey, though, restored parity with less than a quarter of an hour to play – latching onto a loose ball inside the area before crashing home his ninth goal of the season.

It’s a results which lifts Russell Martin and his men 10 points clear of the bottom three in Sky Bet League One. They remain 19th in the table, one win off their opponents, Shrewsbury, who occupy 16th.

Boss Martin named an unchanged starting XI from the side that beat Wycombe Wanderers, with Rhys Healey and Carlton Morris both able to shake off the knocks which forced them off in the 2-0 win at Stadium MK.

At a chilly Montgomery Waters Meadow, it took until the 12th minute for a side to threaten goal – Daniel Udoh heading over from Conor McAleny’s cross. Udoh had an opportunity to turn provider moments later, after blocking a clearance, but saw his cross intercepted by Jordan Houghton.

It was Houghton who would have MK Dons’ first shot of the match. Twenty minutes in, the midfielder failed to get a true connection on his attempted 18-yard volley.

The Dons then had a shout for a penalty when goalkeeper Joe Murphy clattered into Carlton Morris inside his area. Referee Peter Wright initially awarded a spot-kick but quickly changed his mind and awarded a corner, which Martin’s men couldn’t take advantage of.

On the half hour, it took a vital interception from Dean Lewington to prevent a well-placed Jason Cummings from being able to try his luck on goal. Shortly after, Lee Nicholls got down well to gather a long-range drive from McAleny.

Nicholls sent the Dons straight back on the attack and they won a free-kick, from which Alex Gilbey sent a left-footed strike into the side netting.

With nine minutes to play in the half, Cummings, offered space near the penalty area, fired well wide. Cummings then had a shot blocked by Jordan Moore-Taylor inside the box.

Nicholls was forced into action three minutes later to deny McAleny, who had won the ball deep in MK Dons territory. From the resulting corner, Laurent leathered one over the top.

Martin’s side did have three opportunities late in the half. The first, a free-kick sent in by Houghton which Murphy did well to punch clear inside his own six-yard box. Then, a minute later, Gilbey drove inside and dragged a right-footed shot wide of the near post.

The best of the three, though, came in the second minute of stoppage time when Thompson, following an excellent run into the box, struck the inside of the post with a fierce drive. Murphy, who appeared to get the slightest of touches to divert the effort onto the woodwork, then claimed the loose ball.

The Dons went close at the start of the second half too but Gilbey’s cross for Nombe was just behind the striker and Aaron Pierre was able to clear for the home side.

Pierre then produced a stunning last-ditch tackle to prevent Morris from having a try on goal, after Thompson had won possession for the Dons deep inside the Shrewsbury half.

The wind was having a part to play in the scrappy nature of the affair and it almost worked in Shrewsbury’s favour on 58 minutes when an in-swinging corner veered towards Nicholls’ goal – fortunately, the Dons’ number 1 read it well and was able to punch clear.

He was at his best action a minute later to deny both Callum Lang and Daniel Udoh from close range, but he could do nothing about Omar Beckles’ follow-up – the Shrewsbury defender firing the loose ball into the top corner from the edge of the area. 1-0.

The Dons almost produced an instant response, working their way into the Shrews box straight from kick-off. Healey, though, couldn’t muster a shot and Morris, on the follow-up, saw an effort blocked.

Martin then made his first substitution of the match, replacing Thompson with Conor McGrandles in the middle of the park. Another change soon followed, with Regan Poole taking the place of Brittain who never appeared to shake off a knock he sustained early in the first half.

The Dons worked their way into the Shrewsbury penalty area once more with 14 minutes to play but Healey wasn’t able to pick out a teammate with his cross. Moments later, Gilbey had a try, but saw his effort blocked by Ethan Ebanks-Landell.

Martin’s men were relentless in their pursuit of an equaliser, which they found with less than a quarter of an hour to play.

A slip at the back allowed Nombe the chance to move into the box and shoot. His strike was saved superbly by Murphy but his parry fell kindly for Healey, who wasn’t going to pass up on the opportunity to add to his goal total – the Dons’ number 10 slamming home the rebound to level the scores. 1-1.

Shrewsbury went close to restoring their lead four minutes later but Nicholls produced an excellent diving stop to keep out Udoh’s low strike. Lang then dragged one wide before McAleny curled just past the post from 20 yards out.

Late on, Nicholls pulled off two saves to prevent Udoh from finding the net. Nombe then had a glorious chance for the Dons at the other end, but failed to find the target with a diving header, after Healey had struck the crossbar with a shot from distance.

Gilbey went agonisingly close too, in the final minute of regulation time, with a right-footed drive from the edge of the area, which flew just past the right post.

The MK Dons number 8 was at it again in stoppage time, providing another opportunity for Nombe following a mazy run into the box. The strike hit it first time but saw his attempt crash against the post and out of play.

Substitute Poole had the game’s final chance, in injury time, but he could only find the side netting with a right-footer. Martin’s men, therefore, forced to settle for a share of the spoils in Shropshire.

Gilbey’s loving his football under Russ


Alex Gilbey is playing perhaps his best football in an MK Dons shirt and the midfielder says he’s ‘loving every minute’ under Russell Martin.