MK Dons welcome Coventry City to Stadium MK this evening, looking to secure their place in Round 3 of the Leasing.com Trophy

Having finished top of their group MK Dons secured a guaranteed home draw in Round Two of the Leasing.com Trophy. Their opponents tonight are Coventry City, who sit sixth in the Sky Bet League One table, they are a team that went unbeaten in 90-minutes during the Group Stages.

It's also worth noting that if the scores are level at full-time, the match will head straight to penalties.

THE OPPOSITION
Coventry City enter this match unbeaten in their last nine outings, a run that stretches back to the 0-0 draw against MK Dons at Stadium MK in October. During that time The Sky Blues picked dup a number of impressive results, including a 2-1 win over Fleetwood Town and a 2-2 draw away to Peterborough United. Mark Robins' side have also enjoyed a lot of cup success this season, they have lost just once in cup competitions - coming against Watford in the Carabao Cup. It's a three-way tie for Coventry's top scorer, with Amadou Bakayoko, Matt Godden and Jordy Hiwula all sitting on four goals. Elsewhere, Callum O'Hare, Jordan Shipley and Zain Westbrooke have all chipped in with three. LAST TIME OUT
MK Dons fell to a 3-2 defeat against Rotherham United in their last outing, as Rotherham scored three second-half goals to run out winners.

Goals from Alex Gilbey and Joe Mason had the Dons two to the good at the break but substitute Freddie Ladapo bagged a second-half brace, along with a goal from Dan Barlaser, as the visitors stole the points away from Russell Martin’s men.

The deadlock was broken when Alan Judge did well to beat his man and find Will Keane in the box to blast home from six-yards.

With time running out, and the clock hitting 96-minutes, Callum O'Hare found a way past Will Norris to earn a replay.

FIGHTING TALK
Russell Martin: "I really liked Coventry when they came here - it was a good game on the day. It was probably a fair result, and we'll be aware of what they'll bring. But it's about us, how we can impose ourselves on the game, and that's what we have to concentrate on. Huge respect to what Mark Robins has done there under difficult circumstances too. looking at Coventry City and thinking they are a very good footballing team when they have possession of the ball. It’s going to be a big challenge for us."

Amadou Bakayoko: "All of us want to get far in every competition and we want to win every single game. We are taking the cups seriously and we will be going to MK Dons to win - everyone just needs to keep working and to do even more to make us even better.”

OFFICIALS
Charles Breakspear will run the rule over this evening's clash at Stadium MK. The six-year EFL veteran has taken charge of the 15 games this season - he's has produced 71 yellow cards and nine reds.

His assistant referees are Gregory Read and Alasdair Ross, while the fourth official is Ryan Atkin.

FOLLOW IT LIVE
Tickets for MK Dons’ Leasing.com Trophy Round 2 tie with Coventy City are now on sale.

Russell Martin’s men take on the Sky Blues at Stadium MK on Tuesday 3rd December, with a place in the Last 16 of the competition up for grabs. Kick-off is at 7.45pm.

Tickets are priced at just £5 adults and £1 under-18s, with unreserved seating in clubRed. Please note, there will be no clubRed benefits for this fixture.

Those supporters not able to be at the game can still watch action courtesy of iFollow MK Dons.

Supporters tune in to watch the Dons take on the Sky Blues in Round 2 of the Leasing.com Trophy tie for just £10. Kick-off is at 7.45pm. 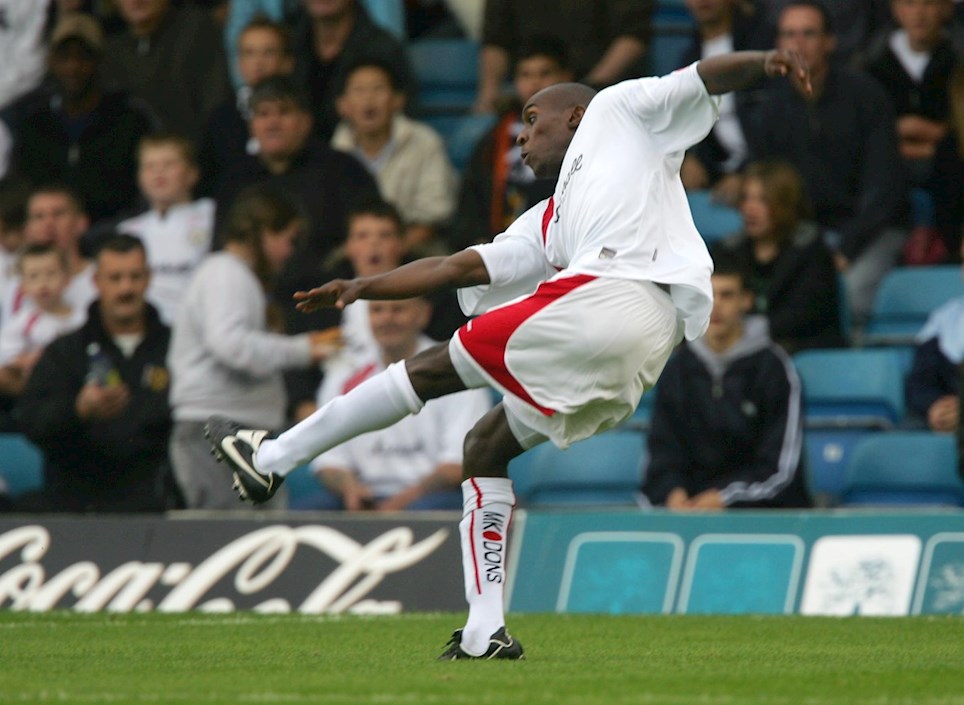 Played for Both: Coventry City


Ahead of Saturday's Carabao Cup clash at Stadium MK, mkdons.com looks at those players who have featured for both the Dons and opponents Coventry City.


Mason sealed the Leasing.com Trophy win over Coventry City in the 71st-minute after he was found by a perfectly weighted Conor McGrandles pass. Russ pleased for the players and staff after maiden win


Russell Martin was pleased to see his players’ efforts finally rewarded with a victory in Tuesday’s Leasing.com Trophy tie with Coventry City.