Paul Tisdale reserved special praise for three of his players after Tuesday’s victory over AFC Wimbledon and one member of his management team. 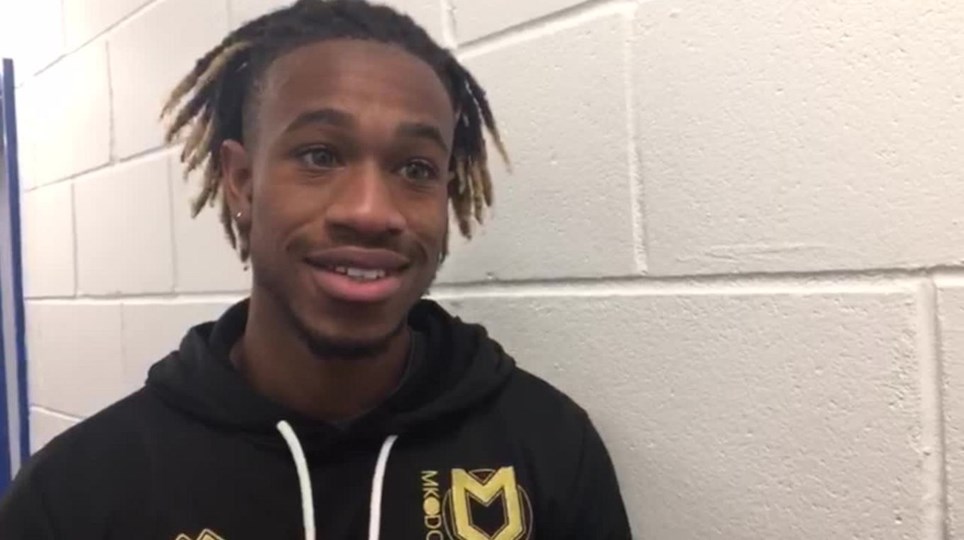 
Paul Tisdale praised a ‘gutsy’ performance from his MK Dons side in their Carabao Cup success over AFC Wimbledon. MK Dons secured a place in Round Two of the Carabao Cup courtesy of a 4-2 penalty shoot-out victory over AFC Wimbledon at their Cherry Red Records Stadium.

There was nothing to separate the two sides after 90 minutes in south-west London with Luke O’Neill cancelling out David Kasumu’s stunning second-half strike late on, after Conor McGrandles had done the same to Scott Wagstaff in the first half.

Lee Nicholls, who saved a penalty from Joe Pigott during the match, denied Callum Reilly in the shoot-out before Alex Gilbey, on his return to the action, secured the win with a confident strike from 12-yards.

Manager Paul Tisdale made four changes to his starting XI - one of which was defender Baily Cargill, who came into the line-up for his first start since March. Regan Poole was handed his MK Dons debut while there was also a place in the XI for second-year pro Kasumu.

MK Dons were handed an early chance to take the lead when Poole, following a bursting run down the right, was brought down by goalkeeper Nik Tzanev as he pounced on a loose ball inside the area. McGrandles stepped up to take the penalty but put his effort over the crossbar from 12-yards out.

The visitor's next opportunity on goal came from another set-piece in the eighth minute and, this time, they broke the deadlock. Reilly’s corner was headed clear by the Dons but only as far as Wagstaff, who fired a shot past Nicholls. 1-0.

Nicholls was called into action again on 12 minutes to gather a deflected effort from Reilly. The Dons then earned themselves a corner from which Ryan Harley had a ferocious volley blocked on its way to goal.

Tisdale’s men maintained their pressure on goal and were rewarded with an equaliser in the 16th minute through McGrandles. The Scotsman made up for his earlier penalty miss by slotting a low shot into bottom right corner following a neat turn in the penalty area - Poole with the assist. 1-1.

Agard went close to nudging Dons in front in the 20th minute which a drive that was blocked by an AFC Wimbledon defender. The hosts failed to clear and that led to an opportunity for Kasumu but sent a fierce volley wide.

Two minutes later, Bowery came within an inch of connecting with Poole’s forward pass but Tzanev just intercepted the ball in front of him. The next chance didn’t arrive for some time and, when it did, Piggot curled over from the edge of the D.

The Dons had a great chance to take the lead with 10 minutes to play in the half when Bowery met a chipped cross from Brittain - the striker, however, couldn’t keep his header down.

AFC Wimbledon threatened with set pieces late in the half but the Dons' defence dealt with the deliveries well. On the attack, Tisdale’s side were looking extremely dangerous, especially down the right with Poole and Brittain combining well.

It was down the left, though, where they came agonisingly close to taking advantage before half-time but AFC Wimbledon did well to scramble away from Cargill’s cross.

The Dons forced a corner inside the opening four minutes of the second half following some nice interplay between Bowery and Agard. From the set-piece, they took the lead - and in some style too!

The corner was played short and worked out to Kasumu, who took a touch on the edge of the D before curling a beauty of a strike into the top right-hand corner. A stunning goal from the Academy graudate. 1-2.

Martin went close to finding the net from a later corner which was well cleared away by an AFC Wimbledon man. The hosts then scrambled away a second corner shortly afterwards, as Tisdale’s side kept the pressure on.

The home side, however, were handed a terrific opportunity to level the scores on the hour mark when Harley brought down Kwesi Appiah inside the box. Nicholls had other ideas, however, guessing correctly to deny Piggot from the spot to keep the lead intact.

AFC Wimbledon had another chance to equalise on 64 minutes but Martin and Lewington produced excellent last-ditched blocks to keep their efforts out.

Tisdale utilised his bench shortly after, bringing Gilbey and Dylan Asonganyi off the bench - the former making his first appearance since suffering an ankle injury against Yeovil Town in the bench.

With 16 minutes to play, Piggott sent a shot over on the turn before Nicholls denied Michael Folivi one-on-one. AFC Wimbledon were looking dangerous going forward but the Dons, who were still seeing a lot of the ball, were doing everything to keep them out and they almost sealed the victory on 85 minutes through Bowery but he was denied by an excellent diving save from Tzanev.

AFC Wimbledon were awarded two free-kicks in dangerous positions late on but the Dons saw both through. Tisdale's men looked to have done the job but, in the fourth minute of stoppage time, the home side levelled the scores - O’Neill firing in at the far post from a deep cross. 2-2.

It mean’t the tie would be decided via a shoot-out and, after Poole and Martin found the net, Reilly saw his effort saved by Nicholls. Cargill’s miss would allow AFC Wimbledon to restore parity but Pigott cleared the crossbar with his  spot-kick and that opened the door for Gilbey to win it on his return to the action - and he did.


Paul Tisdale reserved special praise for three of his players after Tuesday’s victory over AFC Wimbledon and one member of his management team.


Paul Tisdale praised a ‘gutsy’ performance from his MK Dons side in their Carabao Cup success over AFC Wimbledon.

MK Dons will be hosting a beamback screening of the Carabao Cup Round One tie with AFC Wimbledon.

Paul Tisdale’s men travel to the Cherry Red Records Stadium on Tuesday 13 August where they will be looking to secure their 10th successive Round One success in the competition. Kick-off is at 7.45pm.

Supporters who are unable to travel to the fixture will be able to watch the match live at Stadium MK, courtesy of a beamback.

Tickets for the beamback are on sale now to supporters who were registered on the Club’s database before Friday 19 July.

Tickets are priced at £10 for adults and £8 under-18s while Season Ticket holders are entitled to a £2 discount on adult prices. Food and drink will be available to buy on the night.

To book tickets visit the Box Office at Stadium MK or call 0333 200 5343. Tickets will not be available to buy online.