MK Dons will be looking to maintain their excellent recent record over Oldham Athletic when the two sides meet at Stadium MK today.

The men from MK1 have won their last six encounters with the Latics, including a club-record 7-0 triumph during the 2014/15 campaign.

Extending that run this afternoon would see Robbie Neilson’s side return to winning ways after going three matches without tasting victory – after defeats to Bradford City and Portsmouth, they were held to a 1-1 draw by Walsall in midweek, despite dominating the Saddlers at Stadium MK.

A triumph may also lead to them closing the gap on the play-off places, should results go their way elsewhere – the margin currently stands at four points.

Oldham come into today's match in terrific form, having avoided defeat in their last five matches – a run which has seen them win four times and hold high-flying Bradford City to a 1-1 draw at their Northern Commercials Stadium.

Their recent run has coincided with Richie Wellens taking charge of first-team matters – the former Latics, Blackpool and Leicester City midfielder has revitalised the Greater Manchester club and was appointed permanent boss in midweek.

Now in full control, his first task will be to improve a defence which has conceded 27 goals already this campaign – only one other team in the division (Bristol Rovers) has conceded more.

In front of goal, though, they have been pretty impressive – their total of 19 scored is bettered by only three teams outside the top six in Sky Bet League One.

Aneke, making his first league start since February, found the net from Ed Upson’s free-kick on 23 minutes – just rewards for a dominant first-half display from Neilson’s side.

He slid the ball beyond Colin Doyle from 12 yards to equalise following Paul Taylor’s thunderbolt which opened the scoring after two minutes.

Robbie Neilson: “I know Richie really well – I played with him at Leicester (City). I know the type of character he is and I know he’ll be desperate to do well there.

The Dons will be without Osman Sow, who suffered an ankle injury after coming on as a substitute in the 1-1 draw with Walsall.

The striker’s injury is currently being assessed in order determine the full extent of the damage, but he will definitely miss this afternoon's clash.

Oldham could be without midfielders Ryan Flynn and Paul Green while defender Ryan McLaughlin is definitely unavailable.

Antony Coggins is the match official for today’s game.

The EFL rookie, who has yet to take charge of a fixture involving either the Dons or Oldham, has refereed 10 games this season and produced 14 yellow cards. He has yet to make a sending off.

His assistant referees are Andrew Laver and Anthony Da Costa while the fourth official is Alix Pashley.

Two goals have been netted in both of the Dons’ last two matches.

Tickets for today's Family Fun Day clash with Oldham Athletic are priced from just £12 adults and £1 under-18s, while under-12s with a Young Dons membership can go FREE. Supporters can upgrade to East Centre for £5 or clubRed for £10. 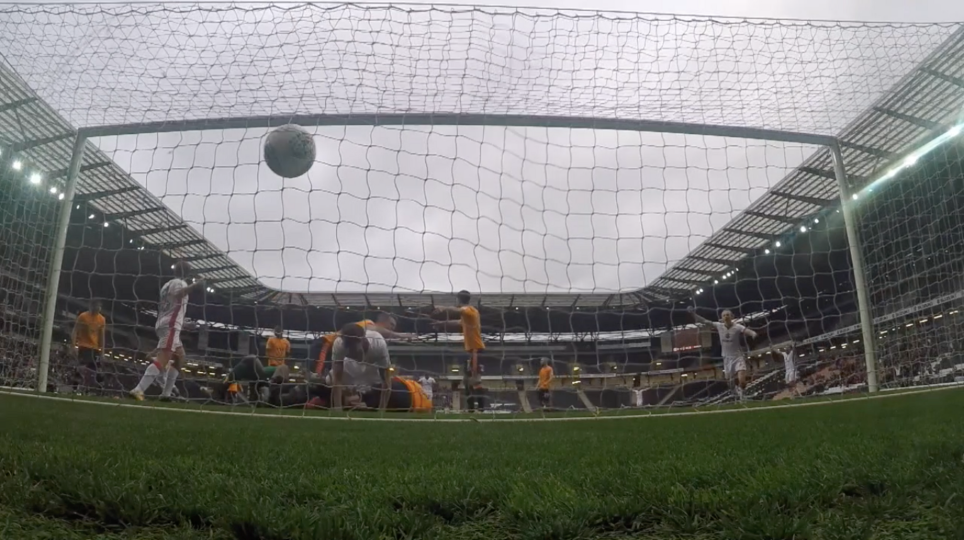 MK Dons fought back from 4-2 down to earn themselves a share of the spoils in a thriller at Stadium MK.

The Dons trailed by two until the 82nd-minute when substitute Aidan Nesbitt reduced the arrears to one. Ed Upson then prodded home a dramatic last-minute equaliser to see the men from MK1 leave with a point.

Craig Davies initially opened the scoring just seven minutes in but the Dons responded shortly afterwards through Alex Gilbey’s first goal for the Club. Oldham, however, went into the half-time break 3-1 up courtesy of Eoin Doyle’s finish and an own goal from Joe Walsh.

The Dons weren’t to be denied, though, and after scoring twice in the final 10 minutes of regulation time they got avoided a home defeat and kept themselves within four points of the Sky Bet League One play-off places.

Neilson named an unchanged starting XI, sticking the players who faced Walsall in midweek. The only switch in the matchday squad was Aaron Tshibola replacing the injured Osman Sow.

Heavy wins affected most of the country on Saturday, including Milton Keynes, and both sides looked to utilise those conditions by launching balls into the box early. Callum Brittain sent a couple in from the right for the home side while Oldham did the same at the other end – Queensy Menig’s even caused Nicholls to backtrack onto his line to claim.

It was a move along the ground, though, that brought the opening goal of the contest just seven minutes in and it was the visitors who scored it – Eoin Doyle broke into the box before cutting a ball back for the untracked Davies to convert. 0-1.

Aneke fired over on the quarter-hour mark as the Dons went in search of an equaliser – one which they found in the 17th minute courtesy of the captain Gilbey. Donning the armband once again, the midfielder raced onto Aneke’s pull-back and slotted the ball past Johny Placide for his first goal in Dons colours. 1-1.

Shortly after drawing level, the men from MK1 had Nicholls to thank for keeping the scores as they were. The goalkeeper, who has been in excellent form this season, denied Menig at his near post.

Nicholls then got behind a long-range effort from Rob Hunt before watching his opposite number, Placide, do the same to keep out Ed Upson’s driven strike.

Aneke went close for the Dons in the 26th minute, when his goal-bound effort from Cisse’s cross was blocked by a sliding defender. The lively Menig then curled wide for the visitors before Agard produced a save out of Placide following a great touch to create the chance inside the area.

Just as the Dons were beginning to dominate in terms of chances on goal, a freak incident at the other end of the pitch saw them fall behind for a second time. Ethan Ebanks-Landell miscued a clearance and the ball fell all too perfectly for Doyle, who found the far corner despite Nicholls’ best efforts to keep it out. 1-2.

Oldham’s tails were up and it was vital the Dons, at least, saw out the remainder of the half, at risk of falling even further behind. Unfortunately, that’s exactly what occurred in stoppage-time and it was another ill-fated event which led to the goal as Menig’s deflected cross was turned into the net by Walsh. 1-3.

Neilson kept the same 11 players on the field for the second period and they responded with a positive start to the half. First, Gilbey had a low shot saved by a diving Placide before Upson poked a shot wide of the target from Brittain’s cross.

They were then presented with a decent opportunity on 55 minutes when Agard was brought down on the edge of the area. Upson stepped up to take the free-kick and he reduced the arrears with a terrific strike, in off the crossbar. 2-3.

That Upson goal rejuvenated the Dons players and the home supporters inside Stadium MK, who roared every time the side broke forward.

They suffered another setback, however, just after the hour mark when Peter Clarke was left unmarked from a free-kick – the Latics captain side-footed the ball past Nicholls to restore the two-goal advantage. 2-4.

Neilson introduced Gboly Ariyibi, Ryan Seager and Aidan Nesbitt late in the second half, in attempt to inspire his side to fight back once again.

The latter of those substitutes, Nesbitt, had the desired impact too as he reduced the deficit to one in the 82nd minute, finding the far corner with a fine close-range finish following Aneke’s key pass. 3-4.

Stadium MK urged their side on and they were rewarded with a dramatic late equaliser in the final minute of the 90 – Upson the scorer, poking home after Seager’s effort had bounced down off the crossbar.

An entertaining affair for the bumper Family Fun Day crowd inside the stadium but, importantly for the Dons, a hard-earned point when all appeared lost just 10 minutes earlier.