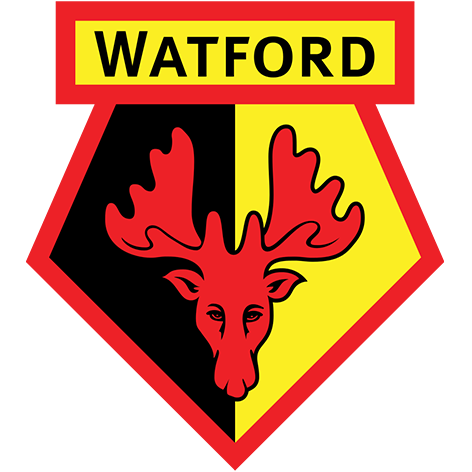 Since returning from the success within the semi-final of the Berks & Bucks Women’s Senior County Cup competition. Charlie Bill’s Women now turn their attention to the FAWNL Cup where they face Watford out of the remaining eight teams.

MK Dons Women have impressed throughout a variety of tournaments this season. With only three months left of the current campaign, Charlie Bill’s side have booked their place in a final of one knockout competition whilst looking to progress into the semi-final of another this weekend.

Three victories, as well as a Bye within the second stage has allowed the Dons to progress as one of the final eight teams that remain within the FAWNL Cup. Similarly, Watford have replicated that progression, which has allowed them to cross paths with their Hertfordshire counterparts. This tie was originally arranged to be played on Sunday 22 January, but due to an unplayable surface, MK Dons Women will now face the Hornets this Sunday.

Kick-off is scheduled for 2:00pm, Sunday 22 January. The fixture will take place at Wealdstone’s ground, Grosvenor Vale. Tickets for this tie are priced at £5 per adult and £3 per concession.

THE OPPOSITION
Watford, who compete within the same league as MK Dons, currently place third with 19 points. A tight contest atop the league table has meant that the Hornet’s goal difference is vital to their standing. Ipswich and Billericay Town sit below this weekend’s opposition, even though they have accumulated the same number of points.

The hosts claimed a 6-0 victory over Norwich in the first stage of the contest. This impressive display was then followed by successes over AFC Wimbledon and Hashtag United. Now, they must prepare to face Charlie Bill’s Women as both teams battle to eliminate the other.

LAST TIME OUT
MK Dons produced a convincing 3-0 victory against Reading Under-23s in their most-recent fixture. This win allowed the victors to take one step close to achieving silverware. Mollie Coupar and Angelina Nixon, both placed themselves on the scoresheet last weekend. The number 18 currently holds the accolade for this season’s top goal-scorer, with a remarkable 16 goals to her name. Although, Nixon, Coupar’s midfield teammate, shares the same amount of goal contributions, which is a shared highest of 17.

Watford faced Crystal Palace in a Vitality Women’s FA Cup clash. The visitors did well to grab a goal against the Women’s Super League Two side, but that seemed merely a consolation in a 5-1 defeat on the road.

The Hornets will now look to use this elimination as fuel for vengeance as they prepare to take on Charlie Bill’s Women in what will be back-to-back cup matches for them.

UPCOMING ACCOLADES
MK Dons Women captain Chloe Sansom could receive her 15 appearance, as well as her 15 start this weekend. Sansom’s teammate Lucy Wood could also achieve the same milestone if named within the Starting XI against Watford.


Following the recent postponement of the tie, Charlie Bill’s Women will now play their FAWNL Cup quarter-final against Watford on Sunday 29 January.

MK Dons Women were eliminated from the quarter-final of the FAWNL Cup following a 5-1 defeat to Watford.

Charlie Bill’s side prepared to face a full-time outfit within the last eight teams that remained within the cup competition. Unfortunately, the opposition ensured themselves a comfortable victory, however, the fighting spirit of the Dons made it uneasy for the Hornets in the opening stages of the second half.

This result means that MK Dons are now eliminated from the FAWNL Cup, although Charlie Bill’s Women still set their sights on silverware as they remain within the final of the Berks & Bucks Senior Women Cup tournament. FIRST HALF
The game began at Grosvenor Vale and the home side took an early lead through Baptiste, seven minutes after the first whistle was blown 1-0

After concocting an early advantage, the hosts held their 1-0 score-line until it looked as if that were to double in the 24 minute. Their second attempt at goal was foiled by a heroic save from Chloe Sansom.

However, Watford cancelled out Sansom’s save 13 minutes on from their second opportunity. The opposition’s captain Ward was the player to net the second of the match before the break. 2-0

The travelling team faced a two-goal deficit as they returned to the changing rooms for half time.

SECOND HALF
Charlie Bill’s team talk seemed to prove effective as ten minutes following the interval, Laura Mitchell halved MK Dons’ disadvantage. Mitchell, who increased her tally to five for the season, connected with Mollie Coupar’s cross to loop the ball over the Hornet’s goalkeeper and into the back of the net. 2-1 The celebrations, however, lasted merely minutes as the hosts responded swiftly to their setback through Ward, who bagged her brace. 3-1

MK Dons continued to fight in the hope to sustain their place within the FAWNL Cup. The travelling team improved their defence and held their opposition at bay for 23 minutes, only to be heartbroken by Watford, who netted their fourth on the 80-minute mark. 4-1

Moments before the conclusion of the tie, the Hornets increased the score-line to 5-1 and secured their place in the semi-final of the tournament.

MK Dons Women’s run in the FAWNL Cup competition had come to an end, However, this setback will hardly distract them from their County Cup final, as well as the remainder of their 2022/23 campaign.


Following the recent postponement of the tie, Charlie Bill’s Women will now play their FAWNL Cup quarter-final against Watford on Sunday 29 January.